Unsettling the Place of Law in International Organizations

In The World Bank’s Lawyers Dimitri Van Den Meerssche does a great service to legal scholarship on international organizations by insisting that the place of law therein is not guaranteed, and by noticing that the forms law takes therein are variegated and tangled. From an international legal point of view, intergovernmental organizations can seem like a port in the storm of public-private, informal, jurisdiction-defying global governance. Intergovernmental organizations prize their constitutional treaties; use legal instruments like treaties and decisions to carry out their purposes; often feature adjudication as a dispute settlement mechanism; and declare their commitment to the rule of law at every available opportunity. The place of law looks like a no-brainer in such contexts.

The World Bank’s Lawyers complicates and destabilizes these certainties. It presents a socio-legal study of the office of the General Counsel, the Legal Vice-Presidency of the World Bank. The place of law is both obvious and not obvious in the office of the General Counsel. As the seat of law in the Bank, what the office does is obviously law; but under some leaders, Van Den Meerssche’s shows, what the office does is not obviously law. This review homes in on this must-be-cannot-be moment. It suggests that the book’s analysis – that law is precarious and multifarious within the World Bank – could be pushed further by engaging with an old saw of a question; what is law? The World Bank’s Lawyers suggests ways of reframing this familiar question in progressive socio-legal terms. The analysis Van Den Meerssche offers is not doctrinal. His descriptions of the modes of law and lawyering cultivated under successive General Counsels draw on interviews and observations made during a three-month stint in the General Counsel’s Office. And although he draws on a deluge of documentation, his analysis of this material is not an exercise in doctrinal legal interpretation. The book usefully contextualizes traditional preoccupations – notably the prohibition on interference in the political affairs of member states contained in the Bank’s constitutional document – in a narrative about the slow transformation of a bureaucratic office.

In this telling, law emerges as unstable, changeable, and determined in large part by the agenda of the General Counsel. Focusing on the tenures of three office holders – Ibrahim Shihata (1983-1998), Roberto Dañino (2003-2006), and Anne-Marie Leroy (2009-2016) – The World Bank’s Lawyers describes three distinct modes of law and lawyering. Shihata elevated law’s status in the Bank, sending down authoritative opinions about the limits of Bank activity established in its Articles of Association. The traditional Public International Law mode of law Shihata nurtured reflected (and held together) an institutional ensemble in which the Bank’s executive leadership and managerial machinery had to pay attention to the sovereign member states on the Board of Directors. Law morphed during Dañino’s tenure; a change intensified under Leroy. Law stopped being a limit and became an enabling mechanism – enabling, that is, of the Bank’s executive agenda. The wheels of change from a doctrinal ideal of law under Shihata, to law in a decidedly managerial mode under Leroy were greased by Dañino’s use of human rights to trump doctrine. Doctrinal international law came to be seen as a logjam in the way of progressive human rights, which were incorporated into the Bank’s executive agenda. This laid the foundation for Leroy to institute a mode of lawyering-as-risk-management. Shihata’s authoritative proclamations appeared as risk averse and not merely unhelpful in the achievement of institutional objectives, but actively inimical.

In tracing the metamorphosis of law and lawyering through these General Counsels’ tenures, Van Den Meerssche draws some conclusions about formal and instrumental aspects of law. Suggesting that “law is a contingent cultural technique invested with evolving aspirations and ideals” (p. 2), he emphasises that law is a kind of institutional glue (as one might expect from a Latourean, networked account). As such, the forms law and lawyering take are bound up with the character of the institution they hold together. Law is “precarious” and “ever-shifting” (p. 1), the book explains. Both insights invite more empirical work: to delv deeper into the workings of the General Counsel’s office and to situate that office in a broader institutional landscape. The rest of the review suggests some ways in which the two insights – law’s precariousness and its shifting character – might be taken further by future studies inspired by Van Den Meerssche’s work.

The book reminds lawyers – especially those working in and on international organizations – that they ought not to assume the presence of law in social relations (p. 279). Van Den Meerssche productively troubles the long-held certainty that ubi societas, ibi ius. Taking as its focus the office of the General Counsel, The World Bank’s Lawyers can safely bracket the question to the extent that where there are lawyers, there is law. I wonder, however, whether this analytical convenience hasn’t affected the study’s conclusions.

Elsewhere, I have argued that lawyers can sometimes be remarkably unreflective about law’s presence in ensembles of global governance. Work on ‘legalization’ – whether critical or affirmative – tends to assume rather than show that law is or ought to be involved. The effect is to shelve the admittedly ennui-inducing question, “what is international law?”. It may be an unanswerable old saw of a question, but taking it seriously is necessary if we are to understand whether and how law is precarious.

The main storyline of precariousness in The World Bank’s Lawyers is law’s shift from issuing authoritative interpretations of the World Bank’s Articles of Agreement (under Shihata) to playing an also-ran part in risk management processes (under Leroy).

One direction for further study suggested by this insight is psychological. While Van Den Meerssche insists on description and wisely demurs from providing a causal account, his book made me wonder why Leroy and Dañino so readily gave up the authority Shihata had garnered for the Legal Vice-Presidency. Renouncing authority is unusual – irrational, even. Institutional relevance means acting as a team-player and signing up to the institutional consensus. The World Bank’s Lawyers shows how lawyers have gone from standing outside institutional processes in order to judge them, to taking up a position within institutional processes of risk management – to be just another cog in the machine.

What (conscious and unconscious) pressures drove Shihata’s successors to prefer relevance to authority? The appointment process, professional training, and personal ambitions of particular General Counsels no doubt have a role to play, but perhaps do not tell the whole story. Teasing out the institutionalization of what was effectively a self-relegation of an entire Office – and doing so in the teeth of strongly-felt professional commitments harboured by the lawyers therein – seems to call an account of those at the sharp end of executive agendas.

A second set of questions that might be taken up have to do with possible legal subplots, as it were, in the World Bank’s narrative weave. Has law migrated to other parts of the institution (to offices having to do with internal accountability, compliance, integrity and anti-corruption, for instance)? Have legal functions been outsourced? Are lawyers or law graduates at work in other offices? Are people untrained in legal studies doing work we might recognise as being legal in form or substance? If we don’t recognise their work as such, it seems appropriate at least to ask ‘why not?’. The answers to such questions, I suspect, would enrich and complexify the texture of a socio-legal inquiry into the place of law in the World Bank. Law’s precariousness is intimately linked to the anxiety of (ir)relevance. The World Bank’s Lawyers shows how General Counsels traded institutional authority for institutional relevance. In a dynamic institutional context – and every institution pretends to dynamism these days – relevance can only be assured by adaptability. This ‘ever-shifting’ characteristic of law is the flipside of law’s institutional precariousness.

Van Den Meerssche’s observation that law changes its form is important. Too often, as I have argued elsewhere, international lawyers rush to see law in the lawishness of global governance. It is reassuring to think that one has encountered nothing more disturbing than old wine in new bottles – not least because it ensures our discipline’s own continued relevance. If law shifts its modes of existence how do we know law when we see it?

This tiresome question is, of course, another variation on the ‘what is law?’ theme introduced earlier in this review. The response ‘law is what lawyers do’ is unsatisfying; especially when lawyers end up doing things that do not readily fit the description of legal practice – like risk management, for instance. The assumption that ‘where there are lawyers, so there is law’ begs questions about what it is actually is that the lawyers are doing. As to this second concern, Van Den Meerssche is a victim of his own success. His excellent descriptions of attempts to ‘mainstream’ executive policy changes provoked all sorts of productive associations and questions.

One set of questions had to do with the coalface of lawyerly practice. I found it hard to imagine it looks like when a lawyer takes part in risk management processes. Do lawyers do risk management differently to other professions? Do they work in tandem with, or separately from, other agencies in the Bank? Does risk management occur only at the level of projects, or also at the level of programming and policy? Were particular technologies of risk management developed (matrices, indices, reporting tools, dashboards, pro forma documents of any kind)? Did such technologies have to be translated into a legal idiom in order for lawyers to use them? Were existing lawyers enrolled in the new practices of lawyering or did the change in policy provoke a change in personnel?

It seems to me that answers to these questions might bring into focus both fluctuations law’s modalities and identity, and Van Den Meerssche’s concern with law’s ‘institutional glue’ role within the World Bank. For instance, the professional risk-adversity of traditional lawyering might be a boon if lawyers had the role of identifying risks to be mitigated by others. If lawyers were meant to mitigate risks, then a more problem-solving frame of mind might be wanted. Legal expertise in the operation of criminal justice or investment law may well offer solutions to such questions. However, if law is just one expertise among many, then can it retain its institutional adhesiveness? Law is the object of enrolment and translation here; it is no longer the enrolling and translating subject of Shihata’s tenure.

Thinking about the nuts and bolts of what lawyers do makes me wonder about the size of the shift from juridical to managerial modes of legal practice. Reflecting on my own teaching practice, it strikes me that lawyers are no strangers to problem-solving. Getting one’s client, the best possible outcome demands that lawyers not only instrumentalize legal rules and processes but also that they give their clients a sense of the riskiness of a given course of action. I wondered, in short, to what extent traditional juridical models of legal practice contain the seeds of their own transformation into managerial ones. 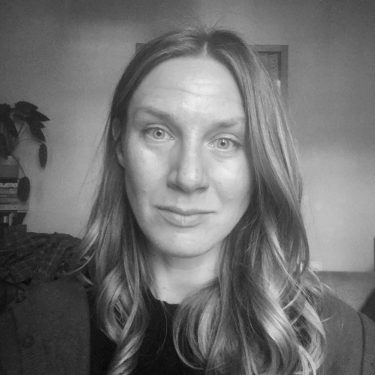