A Riposte to the reviews

I feel honoured by the inspiring comments my book has received from so many eminent colleagues, and I would like to thank everybody, and also the Völkerrechtsblog for the opportunity to discuss and respond, if only briefly, to them here. I’m especially thrilled by the variety of voices and the different strands woven together by legal and historical perspectives, and thankful that colleagues who’s work I have scrutinized (Sands, Segesser and Weinke) have taken the time to read and respond to my book.

Again, I would however like to flag that I’m not a legal scholar but a historian interested in intellectual history of legal concepts. This study has a period of enquiry from 1864 to 1945. My book is about the precursors to the actual legal proceedings which have made use of Crimes against Humanity and shape our understanding of international jurisdiction today, and zooms in into the protagonists in these endeavours. What this book can’t answer are questions of applicability of legal concepts of the law, and of the renaissance of Crimes against Humanity in International Courts since the 2000s.

I have organized the book following the Marten’s clause. It emphasizes the dimension of “public conscience”, leaving in its wording a backdoor for future developments (through the formula “Until a more complete code of the laws of war is issued”). By using the legal document as the “metronome for legal reform” (a metaphor I shall borrow, thank you), I give credit to the world view of the lawyers involved (this is the methodological frame applied in intellectual history). The document, for me, illustrates the intellectual boundaries and the academic space to manoeuvre that lawyers had at that time. In their views, they were not coining new law in the 1940s, but fulfilling the promise of humanity, civilization and public conscience presented by the Marten’s Clause. It wasn’t my intention that this methodological approach to be received as a celebration of the Martens Clause itself.

My personal interest (and the focus of the book, its whole second half), as well as the research agenda of my former research group at the University of Heidelberg) is the question whether there was a system of “global justice” in place during the Second World War, and I’m especially interested in the exile situation and the epistemic community of lawyers it created. Legal concepts, which earlier needed to be discussed at conferences and via correspondence, at the London hub had a much quicker ‘breeding phase’ and were influenced by different legal traditions. The book therefore speaks of ‘legal flows’, to highlight the different strands of legal thought propagated by the different actors involved. We can identify an epistemic community of lawyers, including some like Hersch Lauterpacht, who acted as transmitter for the voices of the smaller states directing and amplifying their views so that they would be heard by the powerful bodies at the Allied government offices and the final conference held at London in August 1945, which set up the charter for the Nuremberg IMT. I agree with the statement that including the post-war trials, Nuremberg, Tokyo and also the Eichmann trial among others would have concluded the argument but, alas, for the sake of space this was not possible, and I have touched on these arguments in my other books, especially the three volumes on the Tokyo IMT and the Asian trials (see here and here), and in numerous articles.

My book analyses meetings and memoranda of key actors to detect “transmission processes, flows, and networks”, as Daniel Laqua puts it. Glenda Sluga has argued, when observing the contribution of “smaller nations” within the framework of international organizations, how they formed an arena of engagement especially for nations that were not yet sovereign, or for minorities that were still sidelined (Sluga, 2013, p. 8). Organizations such as the United Nations War Crimes Commission (UNWCC) could thus serve not only as platforms of exchange and debate, but in what Madeleine Herren describes with a view to Swiss Foreign Policy endeavours, as a “back door to power” for smaller states. The exile situation offered a truly global moment, a unique opportunity for smaller nations’ representatives to voice their concerns and concepts. Although the UNWCC emerged in a genuine European setting – London as the hub of exile communities, which was later broadened to involve extra-European members – the notion of sidelined actors is useful also with a view to the emergence of the concept of crimes against humanity. It seems as if legal thought needed the free liberal space of like-minded experts to develop the concept and, in a second step, to bring it to the attention of the powerful for its implementation.

My personal interest rests with the protagonists themselves. Significantly, a majority of lawyers from the former Austro-Hungarian empire or central-middle European states stood out. They, like Lauterpacht or the father of the concept of genocide, Raphael Lemkin, either originated in Lemberg or Prague, or had studied in Vienna with (Jewish) law professors, such as Hans Kelsen or Leo Strisower. What formed their intellectual predisposition to support progressive legal change was less their common origin, than the early experience of violence and anti-semitism, as a high percentage of them were Jews or had experienced violence as political opponents. Their engagement is characterized by a strong personal commitment, even a ‘mission’ to advance the law with all their energy (Raphael Lemkin is surely the most well-known example, although Lemkin had no known ties with the UNWCC). These legal scholars in exile were deeply marked by personal experience of persecution, the problem of minority rights, and acted in the sober attempt to find a valuable solution to bring the criminals to trial.

I emphasize the “learning system” these legal circles create over the decades, scrutinize the “exile space” during the Second World War at London as a key factor for the coining of the concept of crimes against humanity, and emphasize that these legal circles intended crimes against humanity to have a much more universalist approach, focusing on crimes against civilians globally, than that later applied in court. I regret that one of the reviews notes a ‘glaring absence of Holocaust crimes’ within my study, which is a deplorable misunderstanding. Crimes against Jewish citizens of the German Reich formed the point of departure for many legal thinkers, as I’m discussing at great length in my study. My findings are that notwithstanding the principle of “national teams” within the Allied commissions, also German and Austrian Jewish lawyers did participate within the conferences and commissions, and they did so outside of established Jewish lobby groups as for example the World Jewish Congress. This is a remarkable result and underlines again the intellectual history perspective. What I wanted to emphasize in my general conclusion however is that the Holocaust was only one facet of a much more global debate – crimes against civilians, systematically applied by a state against its own nationals, and outside of war and not defined by nationality of the targeted groups, was the focus of scholarly attention in the 1940s.

In the 1940s exile lawyers meant crimes against humanity to be used to punish perpetrators of crimes against, for example, Czech citizens in Sudetenland, against Chinese nationals within Japanese occupied Manchuria, and against political opponents with German citizenship within the infamous concentration camps in the Nazi Reich. I thus see my studies on the exile lawyers as complementary to recent work by among others Mark Lewis and James Loeffler, who focus on the Jewish intellectuals.

Only later (especially after the Eichmann trial in Jerusalem and the Frankfurt Auschwitz trial) have we started to think of “Crimes against humanity” as the preferred legal tool to prosecute Holocaust crimes. The more global approach has been readjusted only within the Yugoslavia and Ruanda cases since the 1990ies.

The exile lawyers at London were also serving as transmitters in the purest sense. Upon reviewing the minutes of UNWCC sessions, it becomes clear that the absence of the Soviet Union from the meetings, as well as the apparent friction between Stalin and the British government on questions of war crimes, was a major concern for the scholars involved. It should not be forgotten that, while the war raged on, the Soviet Union was still seen as an important ally of the Eastern European states, and sometimes even the more tempting partner when it came to war crimes policy. Czech and Polish delegates were in constant exchange with Soviet scholars, and their political representatives – Czech president Beneš being the most prominent example – never hid the fact that the smaller Eastern European states were in search of justice and support for the war crimes issue and willing to accept help from Stalin if Washington and London hesitated. This attitude may have been prompted by the fact that many of the lawyers involved could read Russian and were attracted by some new legal theories emanating from Russia. In this regard, the preference of smaller states had the potential to have a political impact and strengthen the position of one of the main Allies. In Western scholarship, the fact that Soviet law scholars were among the first to advocate criminal proceedings against the Nazi elite has only recently been addressed (see here here and here). Aron Trainin’s theoretical work from 1944 on the prosecution of war criminals involved the early stages of the concept of conspiracy, the credit for which was later attributed to the US prosecution at Nuremberg.

As always after publication of a book, one feels that some topics deserved deeper engagement. The two points which I have already identified for further research (which I have already embarked upon) are firstly the role of women in international law within these legal circles, commissions and later trials, and secondly the global dimension between the two theatres of war in Europe and Asia, which touches imperial and also racial dimensions of setting legal standards after 1945, while still perceiving the world as Eurocentric, predominantly white, and formed by educational hubs at European or US universities. I have started to address the first point at least briefly in my introduction to the book on the Tokyo trial, and am working on the second.

What I have addressed already in this book is the international dimension: the endeavour was global. Within the different commissions at London, especially the UNWCC, the Eurocentric perspective opened up to admit other views and East-Asian views and legal concerns of the Pacific War were given weight. The concept of crimes against humanity was the main outcome of these legal debates and later served as a blueprint for the London Charter, as well as enriched international criminal law. But it was meant to apply more globally than actually eventuated. In Asian trials, only China used the concept, and only once. The western powers, when setting up courts in Asia in their colonial capacity didn’t use the concept at all, although they used it widely in Europe. This is a problem of decolonization which I have also addressed in one of my other books in more detail. It clearly needs more research, which I hope to have inspired. 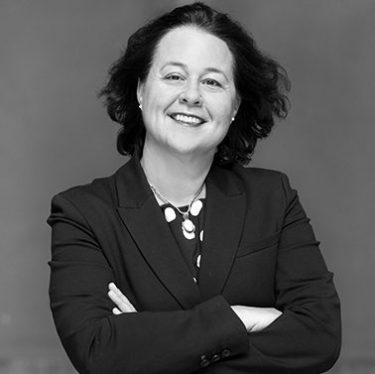 Kerstin von Lingen is Professor at the Institute for Contemporary History at the University of Vienna, Austria. She is fellow of the Lauterpacht Centre for International Law at Cambridge, 2019.
Picture (c) Barbara Mair