Alternative visions in the making

International Investment Law (IIL) has always been a battleground of competing paradigms and imaginations of economic world order. While it carries the promise of welfare through global competition for some, others associate it with Northern or capitalist hegemony. Today, however, the old battles between North and South over the rules of global investment are considered history. With the spread of Western style bilateral investment treaties (BIT) around the globe, the geographic divide of IIL seems to have been bridged. However, looking into three powerful BRICS-economies might prove us wrong: India, South Africa, and Brazil are in the process of developing new investment treaties which contest once again cardinal rules of the system. Is this the dawn of a New International Economic Order – the NIEO 2.0? The answer is most probably no. But all three approaches reflect the global rebalancing of power and exemplify how the diffusion of knowledge, power, and legal expertise might change the system of global investment protection. IIL is not becoming more emancipatory, but it is becoming post-western.

From NIEO to Now – and Back? The Example of India

India’s approach towards IIL is familiar to most developing economies: Having opposed global investment rules in multilateral settings, India has signed dozens of investment agreements bilaterally. The model investment treaty (a copy of the UK model treaty) had provided international investors with far-reaching rights. Yet it was only after the famous White Industries claim against India that it began to dawn on some lawyers and politicians what kind of treaties the country had signed. White Industries was perceived as a deep violation of the country’s sovereignty and led India to develop a new model treaty which has been released for discussion this spring. This time, however, the new draft treaty has not been copied from a Western country. Quite the contrary, the draft leaves one with the impression that India has mobilised significant legal expertise in order to formulate a draft which does away with fundamental principles of IIL. To give just a small glimpse into the changes: Fair and equitable treatment, the “cardinal rule of foreign investment” has been simply left out of the draft. Likewise, the most favoured nation principle is no longer part of the treaty. Moreover, the treaty protects only investments which make, among others, a “substantial contribution to the development of the Host State through its operations along with transfer of technological knowhow”. And finally, before turning to investor-state arbitration local remedies have to be exhausted (this can take quite some time in India).

While India’s shift might be seen as a panicking move of a single country at first glance, the impact is different when put in global context. South Africa, whose experience with IIL is somewhat similar to India, is about to adapt a “Promotion and Protection of Investment Bill”. Likewise, the bill is doing away with well-known principles of IIL: Fair and equitable treatment, most-favoured nation, and recourse to international arbitration have been excluded. Moreover, investors’ property protection has been aligned with the constitution – thus, giving investors no more a higher scope of protection. Brazil’s attitude towards IIL has been completely different as it traditionally refused to ratify any BITs. However, from March to June 2015 the country entered into so called Agreements on Cooperation and Facilitation of Investments (ACFI) with Mozambique, Angola, Mexico, and Malawi. Negotiations with Algeria, Chile, Colombia, Morocco, Peru, South Africa and Tunisia are underway. The agreements contain no investor-state dispute settlement mechanism and bear only a rough resemblance to conventional investment treaties. Yet ACFIs could prove to be an innovative alternative to BITs, especially to those developing countries which are themselves in search for alternatives to the Western BIT-system.

Three out of five BRICS-economies break away from traditional IIL: is this the dawn of a New International Economic Order 2.0? The answer is most probably no. The Global South is far away from being united in a coherent vision of economic order; even among the BRICS countries the approach towards IIL varies considerably. Moreover, though perhaps radical at first glance, the treaties might in fact help to overcome the deep-rooted suspicion towards IIL in the Global South. Yet all this is significant for other reasons: Up to now, developing countries have been acting mostly from a position of weakness. Whether being caught in a prisoner’s dilemma in order to attract FDI or simply lacking expertise: the relationship between North and South within IIL was certainly not at eye level. Moreover, having colonial origins, IIL followed a strategy of universalizing a very particular set of economic and political ideas. To put it in a nutshell: IIL is a rather Western construct. However, India’s, South Africa’s, and Brazil’s new approaches are pointing to a new direction which might be best understood as post-western. This is not to suggest some coherent body of law. Rather, it marks an autonomous and innovative use of the IIL-system by non-western actors which is characterized by a number of shifting paradigms:

Firstly, the global rebalancing of power has reached international investment law. Legal expertise and capacities are diffusing, making a strategic use of the system by new players possible. At the level of substance, this leads to questioning “cardinal” rules of IIL. Rules which have spread through western style BITs around the world might thus melt down to one type of rules among others. Secondly, perceptions of economic development and the role of law in the Global South are different from the West. However, IIL is an example par excellence for the deep linkage between law and economic premises and post-western investment law will mirror these different economic approaches. Since, for instance, the BRICS give much more emphasis to the role of the state, it is likely that post-western investment law will (re-)empower the state. The three sketched approaches have done so in a clear manner. Finally, all three reform-processes aspire reform from within instead revolution from without. The basic “grammar” of international investment protection has been accepted by major players of the Global South. This points to another, perhaps most important difference to the epoch of NIEO: Utopian ideas of radical transformation might be pursued by actors who have little to lose but not by rising capital exporting countries.

Global power is shifting, and so is international law. This has been just a rough and rather speculative overview. Being at an early stage of reform, it is certainly too early for a full assessment of the three countries’ reforms. Likewise, it is important to keep in mind that post-western approaches might question some aspects of global economic order, but its promise is not emancipatory as such. Achieving distributive justice and a just world under law continues to be foremost a political issue – in the Global South as elsewhere.

This post is part of our conference symposium “The Promises of International Law and Society”. Other posts in this series can be accessed here. 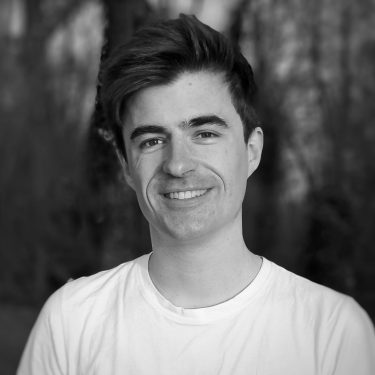