To Rule or Not to Rule

Reflections on the Jessup Online Rules

I was both honoured and daunted by Lesley Benn’s invitation to be a member of the Contingency Planning Task Force (not a name that stuck) in April 2020. The pandemic was still in its early stages. It was only two months since the Board of Directors of the International Law Students Association (ILSA) had cancelled the 2020 International Rounds. The remit was to consider how there might be a Jessup competition in 2021. Was it feasible to run a Jessup competition online with teams in virtually every time zone?

David Quayat and I were given the task of developing how a set of rules might look if the ambitious plan which Michael Peil and Lesley had cooked up for a Global Rounds were to be realised. We knew something about how an online moot might work. By the time the first draft of Official Rule 7.0 came to be drafted, I had spent two months sitting as a judge with the vast majority of the advocates appearing online. “You are on mute”, “We lost you for a few seconds”, and “Can you just move the camera so that I can see your face”, had all become phrases as familiar in court as “All rise”. A moot was unlikely to be different.

However, there was plenty we did not know. We did know what platform we would be using; we were concerned about whether certain countries would be able to gain sufficient access to the internet. We did not know the precise form of the competition – would there be National Rounds? How many teams would there be? Would online mooting increase participation or decrease it? We did know that we were unlikely to know the answer to most if not all of those issues before the rules would need to be published in late August. We needed a flexible set of rules.

I want to focus on two or three points which we discussed at length and which we may or may not have got right.

The Role of the President

The first is the role of the president. Rule 7 is drafted around the idea that the president of the court will control and deal with the vast majority of problems as they arise. In a conventional, in-person, competition once you have the teams and judges in their court room and everyone has checked to make sure there is no conflict, then, absent the odd fainting mooter, a bailiff who cannot count, or a team passing notes to the oralist, there is little that can go wrong. It is unusual as an administrator to be summoned to the court room to deal with a problem.

It was, however, likely that in an online Jessup that problems would arise in circumstances where it would be impractical to summon an administrator to every court room each time a person lost internet connection. At least in my experience of judging and administering online Jessup, the minor issues were dealt with exactly as were anticipated: the clock was paused and judges and oralists alike simply waited for someone to re-join without complaint. These were regular occurrences, but in some ways that frequency led to a familiarity and fairness for participants. Thankfully the occasions when moots had to be abandoned or proceed ex parte were sufficiently rare that in practice the judges were summoning the administrator before taking these more significant decisions. It might well be that taking this as a starting point would have been wise.

The role of president did not quite develop, therefore, as I had anticipated. To a degree that was dictated by the impracticability of training 500 people to act as presidents as we had initially discussed. Was it ever realistic that each person who was going to preside over a moot would have read Rule 7? In the end ILSA also stuck with the International Rounds tradition of leaving it to the three judges to nominate the president from amongst their own number. I confess, as anyone who has judged in the United Kingdom National Round will know, I prefer it if the president is pre-determined by the administrator – it avoids problems in the long run to have an experienced Jessup judge preside: they see the notes being passed, that sur-rebuttal cannot be divided between two oralists, or that time should not be extended routinely. Perhaps I was just hoping to bring that change to the Global Rounds by the backdoor.

The second issue which caused significant discussion in drafting is the degree to which teams were to be allowed access to online resources during a moot and to communicate with each other. This is very easy to police in an in-person moot: no electronics at the podium or counsel table and a separation between counsel table and the spectators solves the vast majority of problems: it removes the opportunity. But we knew that in the online world it would be very difficult to police and even if you suspected impermissible communication, it would be very difficult to prove. If teams were determined enough and sophisticated enough, it would be impossible to detect. We ultimately decided against adding any rule prohibiting online research while allowing communications between team members that were not currently making their oral arguments.

It was suggested to us at one stage (I think seriously) that we should require an observer with each team to ensure fair play. Leaving aside our assumption that many team members would be distant from one another and the likelihood that local laws might well make it illegal, the practicalities of organising it would have been impossible. Trust, therefore, was going to be essential and permitting as much as possible whilst maintaining the integrity of the competition was the wisest course.

You can hardly prohibit a team from having electronic equipment at the podium or counsel’s table when they appear online. The purpose of prohibiting electronic equipment at counsel’s table in an in-person moot is not to stop online research, it is to stop teams communicating with someone in the audience. There is no practical difference between a team with a pile of books and a team with access to a book online. There was therefore no point in prohibiting online research in the online moot.

In an online moot was there any purpose to be served by restricting communication between all five team members? We did not know how the three team members at counsel table rule had come into being or what the justification for it was. The most likely explanation is that it grew out of US mooting practice (there is no similar practice in the UK). Maybe it was just a question of practicality: there are many rooms used for moots which would struggle to accommodate two five-person counsel tables. The only justification that gained any traction was one of fairness. The average Jessup team is between four and five people, but is it unfair to allow five team members to communicate with each other when the rules permit teams of two to compete? Ultimately, I think we came to the right decision on this. I was not aware of larger teams benefiting, although it would be interesting to know how the smaller teams felt.

There was no alternative other than to trust team advisors and others connected to the team to see the Jessup for what it is: an educational exercise. I am not naïve enough to think that there will not have been teams which cheated. I very much hope that the vast majority of the teams complied with the letter and the spirit of the rules. The few infractions I saw were sufficiently obvious or unsophisticated (note passing and even whispering to an oralist when both were on screen) that it was ignorance of the rules rather than a deliberate attempt to cheat. A firm word was sufficient, as it would have been in an in-person moot.

The rules went far beyond the mechanics of the actual moot. Should the scores of the Preliminary Rounds and the Advanced Rounds be cumulative for determination of the teams that would advance to the Elimination Round? How does one deal with time zones? Can teams face each other more than once? What about if they have faced each other in a National Round?

One rule which, in my view, did work was the national limit in rule 9.8. The International Rounds structure of the Jessup always ensures that there is a limit on the number of teams which advance to the International Rounds from each jurisdiction – generally one team for the first ten teams and a second for the next ten teams etc. (although it is not actually what the rules say). That limit would not apply in the Global Rounds. There was, therefore, a risk that the Advanced Rounds could be dominated by a few big jurisdictions. As it turned out we were right to be concerned: Australia, China, Germany, India and the United States each had more than 10 teams advance. Between them they accounted for nearly half of the 150 teams which advanced to the Advanced Rounds. How then did we ensure that there is sufficient diversity of representation in the Advanced Rounds?

First, we placed a maximum number of 15 teams from any one jurisdiction. In the end both the US and India hit that limit. That was unfortunate because it means there was at least one team which was in the top 150 on merit, yet did not advance. However, assuming you do not want to risk all 100 US teams advancing to the Advanced Rounds, it was a necessary evil. We deliberately set the limit high in the hope that it would catch very few jurisdictions. In that we were right.

The second stage was to guarantee representation from at least 60 jurisdictions in the Advanced Rounds. This, however, was done by adding teams to the 150. We felt it was important that diversity should not be at the cost of depriving another team of its place. It meant there was a risk (theoretically) of 209 teams in the Advanced Rounds. As it turned out 42 jurisdictions were within the top 150 teams. A further 18 jurisdictions were therefore added to achieve diversity. In time the results will be released which will show how this operated in practice, but none of the competing teams knew into which category they fell when the advancing teams were announced during the competition. The result was a refreshingly diverse group of teams deep into the competition. Forty-eight teams from 19 jurisdictions advanced to the Elimination Rounds, a little less diverse than in some International Rounds, but still reasonable.

Finally, I would be interested to know what teams and judges thought of the time periods set out in the rules – waiting 30 minutes for a team to appear, waiting between 15 and 30 minutes if an oralist drops off, waiting between 5 and 15 minutes for a judge to reconnect etc. – worked in reality. They were, of course, an attempt at a fair balance. I hope they achieved that objective.

Others may take a different view, but I do think that the rules as crafted – and they were commented on by a number of people before they were adopted by the Board of ILSA – were practical and facilitated a fair and effective Jessup season. Wonderful though the Global Rounds were, I hope they are never needed again. 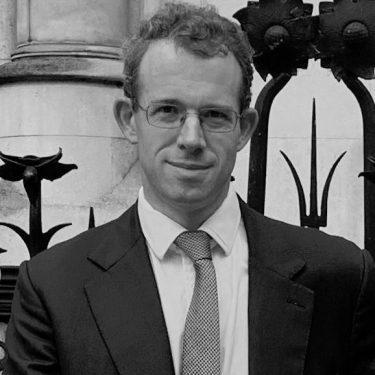 Andrew Holmes is a Circuit Judge in London. He has been involved with the Jessup for over 20 years, inter alia as a participant, judge, national administrator, Compromis author and editor, and member of the Board of Directors of the International Law Students Association (and its Treasurer).