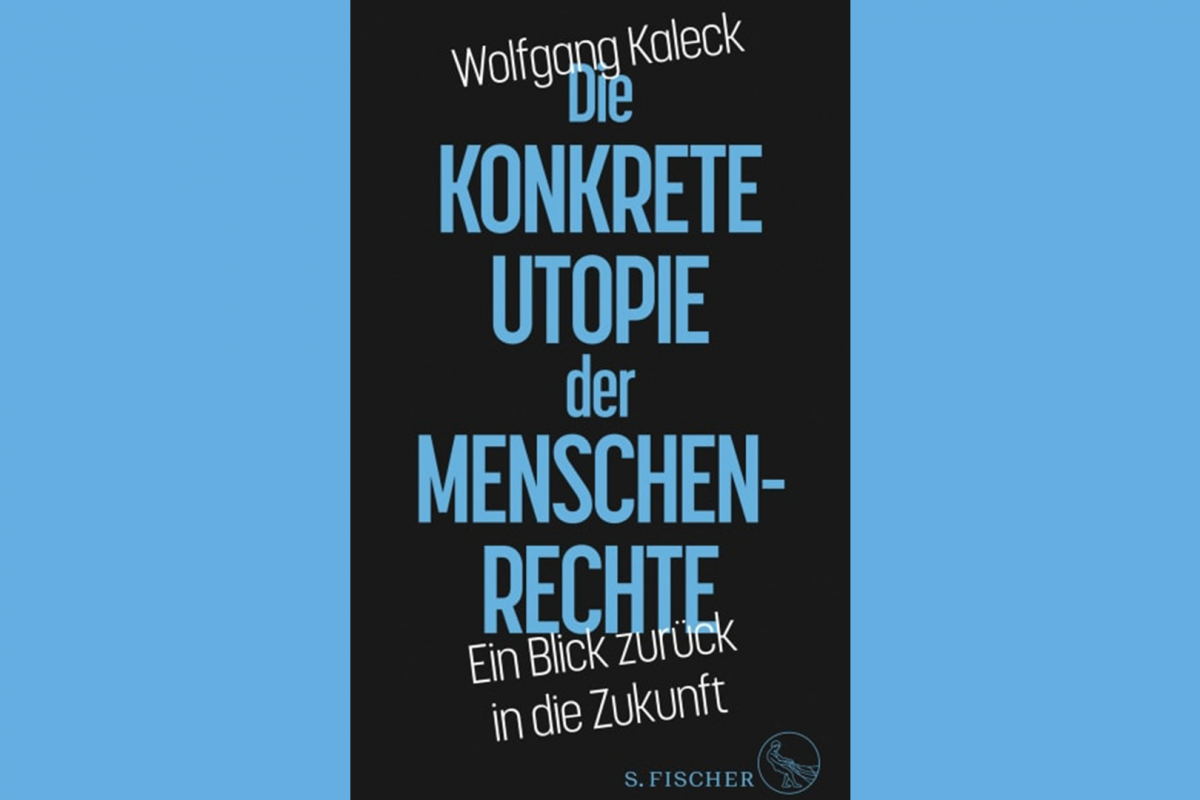 The ‘Virtue of Failure’

Why Human Rights Practice is Also About Losing

In his most recent book ‘Die konkrete Utopie der Menschenrechte’ [‘The Concrete Utopia of Human Rights’], Wolfgang Kaleck ventures to square the circle of delineating a future vision of human rights practice. While the author is quite successful in mastering this challenging task, the present symposium also gives an opportunity to discuss some rather contentious and subliminal issues. Hence, the following contribution shall attempt to address a seemingly counter-intuitive facet of human rights practice that yet constitutes a crucial component also of the regime’s overall transformative potential: namely, the virtue of failing.

In the book, Wolfgang Kaleck comprehensively carves out and expounds on the transformative – or utopian – powers of human rights while remaining cognizant of the wide array of its existing and contingent deficits, shortcomings, and blind spots – all of which have far too often been characteristic of both historical and future-oriented human rights endeavours. In attempting to delineate a ‘concrete utopia of human rights’, Kaleck correctly emphasises the need not only to perceive (and, consequently, to pursue) the further development of human rights as a primarily normatively-driven project, but rather to strengthen its overall transformative vigour through practical and tangible human rights work, including by engaging in concrete action: on the ground, in the public space, and also before domestic as well as international courts.

Little By Little, One Goes Far – Human Rights and the Courts

Following this creed, Wolfgang Kaleck devotes an extensive portion of his essay to the question of how human rights can effectively be realized through judicial action. In particular, he delves into the question of how and under which conditions victims of human rights infringements might be provided with meaningful access to justice; in this context, his writing is, straightforwardly, influenced also by his professional experience as a human rights lawyer and founding member of the European Center for Constitutional and Human Rights (ECCHR).

These influences become particularly apparent in the chapter entitled ‘Juristische Menschenrechtsarbeit – Kämpfe für das Recht’ [‘Legal Human Rights Work – Struggles for the Law’], in which Kaleck emphasizes that the normative aspiration(s) characterizing the human rights project as well as concrete legal practice in the courtroom do not necessarily work in unison: to assume that the mere fact of enshrining something in law would lead to the realization of a concrete human rights utopia and hence to a tangible expansion of the protective scope of human rights more generally. This, in his view, is an erroneous belief (p. 89). Rather, and in particular from a historical vantage point, it can be proven that human rights (movements) have consistently allowed for – and in some cases even anticipated – judicial action for enforcing certain objectives, thereby also allowing for a crucial role to play for courts and tribunals as designated fora for expressing protest and discontent with the interim realization of human rights.

While acknowledging that the contingency of taking human rights to the courts never implied a fully congruent or necessarily targeted strategy characterizing the human rights movement from the get-go, Kaleck nevertheless makes a strong argument in favour of engaging in strategic human rights litigation – an instrument, which, in his assessment constitutes an increasingly mighty tool at the disposal of human rights practitioners (p. 90). Strategic litigation as initiating lawsuits in the public interest to achieve political goals and objectives beyond the success of the proceeding at hand also bears important implications for the work of human rights practitioners: that failure in a concrete case does not necessarily induce those previous efforts were in vain. Therefore, the author – also referencing his own professional experiences inside the courtroom – advocates for a strategy of ‘judicial mining’, denoting a consciously waged process of determining (court-certified) legal realities and thereby establishing additional facts that might be utilized in subsequent proceedings of a similar constellation. By inter alia referring to the arrest of former Chilean dictator Augusto Pinochet (p. 98) or the lawsuit brought against former U.S. Defense Secretary Donald Rumsfeld for his role in installing the notorious detention facilities in Guantanamo Bay (p. 104), Kaleck underlines the overall importance of such proceedings and, although not successful prima facie, designates them as ‘succes[es] without victory’ (p. 104).

Success Despite Defeat? On the Costs of Losing

This seeming counter-intuition deserves some additional thought: while the overall idea behind the concept of strategic litigation is clear and the correspondent process of judicial mining per se seems quite reasonable, the question remains as to how these ‘successes without victory’ may come about, i.e. how and under which conditions new legal realities may be determined in each single case before a judicial bench?

The core uncertainty in this respect seems to be the (legal) weight of each individual case, including those that might not result in an apparent victory or where the chances of success have been negligible already before initiating correspondent proceedings. Arguably, such a constellation also creates a contingent moral dilemma for any human rights practitioner attempting to engage in tangible human rights work, including in front of both international and domestic courts – in other words: how do you confront a case that, although only having little prospects of success, might bear important ramifications for future cases in similar constellations?

This question is particularly important, because victims of human rights infringements and their individual cases might be instrumentalized in order to achieve certain strategic objectives. While this does not say that human rights practitioners consciously embark on such dubious strategies, their mere contingency already resembles a subliminal threat that could lastingly hamper the process of judicial mining. On this very notion, however, the book remains rather thin-lipped, which – given the author’s wealth of experience in the realm of human rights litigation – is regrettable; here, an additional treatise on this discreet problem would have been particularly valuable.

Furthermore, such an addition could also directly build upon another chapter in the book – entitled the “Syrian Complex” (p. 106) – in which Wolfgang Kaleck exposes the palpable effects caused by such a deliberate strategic litigation approach and judicial mining strategy within the context of international justice. Here, Kaleck illustrates that by initiating a growing number of cases against lower-ranking individuals accused of having committed international crimes before domestic courts, the system of criminal justice was also stabilized internationally (notwithstanding persistent deficiencies), while the realization of human rights was lastingly supported and strengthened also with a view towards future cases: accordingly, grounded upon the principle of universal jurisdiction, a plethora of cases – inter alia in Germany or France – has addressed atrocities committed in the Syrian Civil War since 2011, focussing on seemingly small fry instead of high-profile cases.

However, by conducting proceedings, hearing witnesses, assessing evidence – such as, for example, in the context of the so-called Caesar Files – with each additional case, whether resulting in a conviction or an acquittal, the legal frame of reference for future cases – potentially also on the international level, i.e. in cases before either the International Criminal Court or a yet to be created international criminal tribunal – has at least marginally been altered, adjusted, and augmented. Therefore the interlinked process of a) engaging in strategic litigation cases generates new facts and knowledge that are b) subsequently mined, structured, and used before c) both international and domestic courts can lastingly contribute towards what Wolfgang Kaleck has made the overall topic of his book – striving for a concrete utopia of human rights.

A Final Observation – What Does It Take to Make Utopia Real?

A final question still has to be answered: what does it now take to meaningfully contribute towards realizing this kind of concrete utopia as insinuated in the book? While the range of crucial attributes seems endless, Kaleck provides a possible answer as to what it takes to tilt at windmill after windmill: even more than legal acumen, a lust for argumentative belligerency, or the delectation to engage in contestation, it seems that being tenacious and enduring are elementary qualities characterizing human rights advocates.

What “The Concrete Utopia of Human Rights” – and the sometimes-bumpy road up there –reminds us of is a slightly altered version of the old Sisyphus mythology: instead of rolling a boulder up a hill time and time again only for it to roll down every time it neared the top, human rights practitioners have chosen to lead off the fight against mass atrocities and human rights infringements even if the odds look as if they are turned against them. This choosing, however, is not naïve, is not a clutching to over-idealized and normatively rooted beliefs; it is fuelled by the belief that even small victories along the way might help approaching a (more) concrete utopia of human rights.