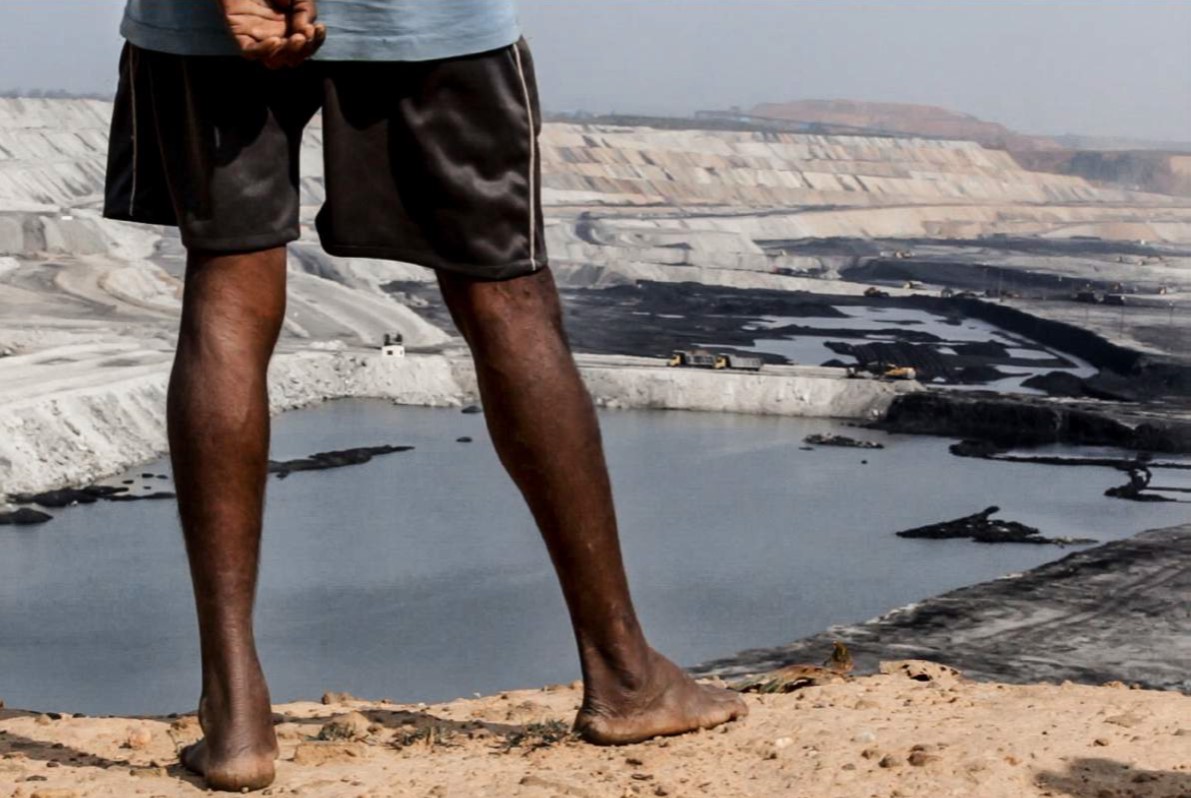 The State vs. Adivasis

Bastar’s Criminal Justice Apparatus and the Story of Arjun Kashyap

The Bastar region in southern Chhattisgarh has been the site of an ongoing armed conflict over the last decades. The armed struggle in the region arose due to the lack of adequate land reform, to the tyranny of forest rangers and local administrators as well as to the complete alienation of local Adivasi populations from official governance structures. However, the state frames the conflict as a “law and order” problem and has since responded with an ever-increasing number of security forces. Today, Bastar stands out as one of the most militarized regions in India. The militaristic understanding of the situation has lead the state to conduct violent operations against the Adivasis in the region ranging from the state sponsored vigilante army of Salwa Judum in the years 2005 to 2009 to the brutal, ongoing ‘Operation Green Hunt’. These operations have resulted in unprecedented violence in Chhattisgarh – from thousands of killings to displacement of villages en masse. The state has been successful in aggressively utilizing the bogeyman of “internal security” to not only militarise the region but also criminalize people for practicing their basic freedoms. Instances of illegal detentions, tortures and unjust incarcerations have become the norm in Bastar. Mass sexualized violence and extrajudicial killings in Chhattisgarh in the form of “fake encounters” or “encounter killings” are rampant. Such “encounters” refer to incidents in which state forces kill a person and later present the deceased as a Maoist insurgent and the killing as an act of self-defense.

This blogpost gives a detailed account of the story of Adivasi youth Arjun Kashyap – falsely charged, wrongly held, and brutally killed by state agents on 15 August 2016, at the age of 19 – to exhibit how the three different organs of the State, the executive, legislature and judiciary, collectively work to perpetuate and legitimize violence in Bastar, through act and omission.

The executive, legislature and judiciary individually are created to be distinct and independent of one another. Separation of powers of these organs is part of the basic feature of the Indian Constitution and ensures checks on the excesses of the other. In India, the judiciary is still seen as the last resort check on the executive. What is often overlooked, however, is that for many communities, particularly Adivasis, the judiciary works as part of the very state machinery that oppresses them in the first place. The legislature creates laws like the Unlawful Activities (Prevention) Act (UAPA) to stifle fundamental freedoms and give police wide-ranging competence, and the judiciary confers on all of them the fiction of legitimacy. Instead of the different organs of the state checking one another, they work in tandem to ensure the state’s dominion in the region. The criminal justice system in Bastar is a tool in the hands of the state to not only quell dissent but also to perpetuate a reign of legitimised state-sanctioned terror.

The Case of Arjun Kashyap

In places like Bastar, law is no longer a recourse for justice for the Adivasi population, whether restorative, retributive or otherwise. Arjun’s story both unravels the processes in which the law in Bastar fails the Adivasi at every juncture and, in the process, fails the Constitution. It also showcases the scale of crimes committed by Indian state forces against its indigenous citizens in Bastar.

At the age of 18, on 15 May 2015, Arjun Kashyap, at the time a student in the local school, made a trip to a local market to sell a goat, when he was accosted by police and ultimately arrested. Arjun was missing for a total of two days. Fearing a random police assault or a fake encounter killing, Arjun’s father Sulo approached the Trial Court in Jagdalpur and reported that his son had likely been captured by the police but had not been brought before any magistrate and shown to be arrested, as mandated by law.

Due to his father’s plea, the police presented Arjun Kashyap, the son of Sulo, before the Court, but as “Arjun son of Kodi, aged 30” arrested in an ongoing Naxalite-related UAPA case. Arjun stood accused of blowing up a government ambulance in 2014 (a time when he was aged 16) in Kamanar that left seven dead, including five paramilitary officers. The only evidence against Arjun brought forward by the police was a confession statement of another accused in the case, where he had named his co-conspirator as “Arjun son of Kodi, aged 30”.  Notwithstanding that such confession given to the police is inadmissible as evidence in Indian law, and despite it clearly being a case of mistaken identity, to the court, the evidence sufficed and proceedings against Arjun were initiated.

Courts As Agents of Legitimization

Arjun was a minor, 16 years of age, at the time the (first) alleged crime was committed and the first report of the incident kick-starting the investigation process was filed. Indian law requires that a minor in conflict with the law be tried by the Juvenile Justice Board (JJB) and remanded to a juvenile home for the period of the trial. In Bastar, however, the law of the land is applied differently: Even if a minor is arrested, his age is incorrectly recorded as that of an adult. As a result, the case is never transferred to the JJB and the minor is tried in court and incarcerated in adult prison. It was therefore a victory that Arjun’s case was eventually transferred to the JJB, after the court took stock of many documents, including a testimony from the Principal of Arjun’s school, who attested to his age and status as a minor. By the time his case was finally transferred to the JJB, Arjun had already spent almost three months in an adult prison, following the JJB’s initial rejection of the application for his transfer to a juvenile home.

The Juvenile Justice Act furthermore mandates bail. Arjun was not granted bail by the JJB in his first application on the grounds that he came from a Naxalite area and that “even if bail is mandatory as per Section 12 of the Juvenile Justice Act, it seems unjustifiable to release him on bail. Moreover, it is not established that on returning to his village he will be safe from moral, physical or psychological danger.” His second bail application was accepted, however, and he was finally released in December 2015. From that point on, he never missed a hearing at the JJB, the last of which he attended on 27 July 2016.

The Killing of Arjun Kashyap

Arjun was supposed to be present for his case hearing on 31 August 2016, but he never made it. Around midnight on 15 August 2016, Indian Independence Day, police personnel and security forces forcibly entered Arjun’s house and took away a sleeping Arjun from his bed, in front of his entire family. The next morning, his family was informed by members of another village that the security forces had camped in their area that morning, dancing and making merry, along with a dead body they had brought with them. Along with Arjun, another Adivasi was killed that night and both their bodies were dumped in a vehicle. That evening, Arjun’s family received his body, which had multiple bullet wounds and several marks indicating beatings and torture. In line with the mainstream media coverage that regularly vilifies Adivasis and presents them as terrorists, local news channels were full of stories of victorious security forces, successfully encountering an “absconding Naxalite commander” Arjun.

No Avenues Left for Justice?

The tremendous injustice of Arjun’s killing and the unbelievable unfolding of events did not end here. Arjun’s family was threatened and intimidated by the police to not file a complaint against them and, as a result of continuous police harassment, they moved out of their village. Arjun’s sister was forcibly picked up by the police, falsely exhibited as a surrendered Naxalite and detained for months. The police also detained Arjun’s father Sulo for nearly a month and even tried to buy his silence by offering him money, employment and land.

Arjun’s father’s desire for justice did not bow to these tactics of harassment, intimidation and enticement. In 2018, he filed a writ petition in the High Court of Chhattisgarh. Sulo had clear demands: he wanted those guilty to be punished and financial support for Arjun’s family. While the case has been dragging on at a slow pace, Sulo’s applications for urgent listing of the matter for hearing have been declined on the grounds that the case is not urgent. As the case remains pending for final hearing, Arjun’s family continues to await justice.

Demonstrably the police, judicial and legislative apparatus, at every juncture, collectively perpetuate injustice and violence. Arjun, a school-going boy was arrested unlawfully under a wrong name, with no real evidence against him by the police. The judiciary legalised this arrest and put him through custody in an adult prison. While Arjun’s lawyers managed to establish his age and got him transferred, statutory rights such as bail were long denied. He was put through a trial where, through a bare perusal of the chargesheet, it is evident he would be acquitted. In his death, his family continues to suffer indignation, harassment, detentions and delays while they struggle to obtain a semblance of “justice.” The judiciary offers no real remedies. Arjun, in life and death continues to fight for justice. Arjun’s story is the norm rather than an exception in Chhattisgarh. His perpetrators, armed with the impunity that this nexus between state and judiciary enable, maim, kill and torture, successfully cultivating an atmosphere of lawlessness with zero accountability.

Nikita Agarwal is a practicing litigator in New Delhi, India. He was a member of the Jagdalpur Legal Aid Group in Bastar, Chhattisgarh.