The Best of Both Worlds

Why the Jessup Would Benefit From Virtual Global Qualification Rounds

Those familiar with the structure of the Jessup competition know that the chances of advancing from the national level to the international rounds not only depend on your performance, but also on your location.

In normal, non-pandemic times the Jessup consists of two separate stages: The National or Regional Qualification Rounds and the International Rounds. Generally, around 700 law schools based in 100 countries and jurisdictions participate in the Qualification Rounds, while around 125 teams finally compete in the International Rounds in Washington D.C.

In countries with only one team, that team will automatically advance to and represent their nation in the International Rounds. When more than one team participates, National or Regional Qualification Rounds are held to determine the advancing teams. Each participating nation is permitted to enter at least one team in the international rounds for every ten teams participating in that national round. Accordingly, there are diverse National Rounds, ranging from a single qualification round to competitions with more than 40 universities over several days. For example, the German National Rounds, which I have participated in both as a team member and as a coach, consist of approximately 18 teams, two of which advance to the International Rounds.

There are two major arguments that speak for the long-term implementation of Virtual Global Qualification Rounds: the international spirit and aspects of fairness.

Firstly, due to the system of National Rounds, the vast majority of the participating teams will not compete on an international level. For example, the team of my German university has not qualified for the International Rounds for a few years. In 2020, my team left the competition after four matches. We still had a great time and it was an amazing experience. However, we only met other German participants, coaches and judges and competed against the same universities for a few years in a row. I am certainly part of the German Jessup community, but before the Jessup 2021 I did not feel like a part of the Global Jessup community.

In 2021, we first experienced the National Rounds and subsequently the Global Preliminary Rounds. There my team competed against a British, a Russian and a Chinese university, as well as a university from Lesotho. What was so exciting about meeting these teams was that we were able to see the influence of different law traditions on the arguments presented and the different style in pleadings. Moreover, my team was scored by judges from all around the globe.

With some small changes – e.g. the introduction of a shared waiting room -, Global Qualification Rounds would also permit more networking and socializing among the participants. Teams could exchange the challenges they experienced and the support they received. With programmes like the exchange of coaches, where coaches will (remotely) coach a team from a nation with a less experienced Jessup community, we are already trying to connect the Jessup communities from different countries. Why should we then strictly separate the Qualification Rounds? In the end, the Jessup is a simulation of a fictional dispute between states. So, should a team not at least once compete against one other state?

Secondly, Global Qualification Rounds would give all participating teams the same chance to qualify for the International Rounds. The chance to travel to Washington D.C. would be uncoupled from the aspect of location. For example, my team and 13 other German teams qualified for the Advanced Rounds of the Jessup 2021, while otherwise only two German teams would have competed in Washington D.C. in the traditional Jessup competition mode.

However, this aspect should also not be overestimated. The performance of the teams largely depends on their support framework. This framework differs from state to state, university to university. While some teams benefit from working with experienced coaches and dozens of Jessup alumni, other teams do not even have a single coach. Certainly, we do not want a one-sided competition, with competitors from just a handful of different nations. However, with subsidiary criteria for qualification, such an outcome could be avoided.

A new qualifying procedure should be introduced: The Global Qualification Rounds. Every participating team will still compete for a spot in the international rounds, but on a global level. To make it work, these qualification rounds should be held virtually. The Jessup 2021 has proven that such a virtual format is generally feasible.

The concept could be built around this year’s Preliminary Rounds. The Qualification Rounds would consist of four matches, with each team pleading twice as applicant and twice as respondent. Prior to the pleadings, the submitted memorials would be scored by judges on an international level, then ILSA would establish the competition pairings. Firstly, by reference to the memorial scores; secondly, by geographical and competitive diversity, balance and time zones. In consequence, every team would in principle meet four other teams from four different countries and parts of the world.

Thereafter, the highest ranked teams would advance to the International Rounds. To ensure sufficient and adequate diversity among the advancing teams, subsidiary criteria could be introduced. For instance, in the Jessup 2021 it was guaranteed that at least 60 nations were represented in the Advanced Rounds. There was also a limit set for teams from the same nation. Furthermore, a wild card could be introduced for new universities or former winners of the “Spirit of the Jessup”-award.

The Global Qualification Rounds could be held sometime between February and March to leave sufficient time to organize travel to and from the International Rounds in Washington, D.C.

What About the National and Friendly Rounds?

Prima facie, replacing well-organized National Rounds with four virtual matches as part of the Global Qualification Rounds may not seem particularly convincing. However, the Jessup could have the best of both worlds. National Rounds could also be preserved.

National and Friendly Rounds would not be decisive for the further competition, but a national or regional champion could be announced, and national awards be distributed. In the Jessup 2021, even though participation in the National Rounds was not mandatory, most states nevertheless organized them with a lot of commitment. The overwhelming majority of teams also took the chance to participate. At least for my team, the excitement before the German National Rounds felt very real. To win the National Rounds or to become Best Oralist will still carry significant weight. And if not for that reason, the matches could at least be used for preparation.

What Are Major Challenges?

The Jessup 2021 also revealed the challenges of virtual mooting: logistical and technical difficulties.

The Preliminary Rounds in particular were a gigantic task for ILSA. Organizing thousands of matches, coordinating judges and teams was demanding. Naturally, not everything worked at first try. Judges were missing, timeslots overlapping etc. Nevertheless, ILSA did a great job. But with Global Qualification Rounds there would be three competitions to organize: (1) National Rounds, (2) Global Qualification Rounds and (3) the International Rounds. The latter two would have to be organized by ILSA. However, taking into account the knowledge gained in this year, the already existing platform and the existing rules for an “online moot”, this could be manageable.

As a side note, the technical struggles of the platform and the video conferencing software were sometimes nerve-wracking. ILSA decided to go with “Jitsi”, a free open-source video conferencing software whereas “Zoom” was used in most of the National Rounds. While Zoom does not allow for a “court-like” appearance, it offers more stable and more reliable features. For me, that speaks for the latter platform.

The Jessup has grown and changed over the decades, and its community should take the opportunity to further develop the competition in the aftermath of the pandemic. Virtual but Global Qualification Rounds would improve the international spirit of the competition, take into account aspects of fairness, while respecting competitive diversity. Even technical challenges would eventually contribute to the skills of the participating students. Virtual negotiations become more popular and important in the work environment of the 21st century. We have all seen the US-American lawyer that was trapped in a Zoom kitten filter.[1] This would have never happened to a Jessup 2021 alumni. 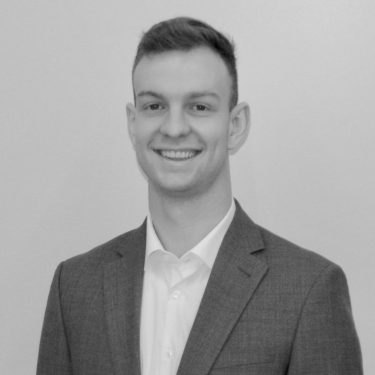 Valentin von Stosch studies law at Heidelberg University. He is a student research assistant at the Max Planck Institute for Comparative Public Law and International Law and at the Institute for Criminal Law and Criminal Procedural Law.