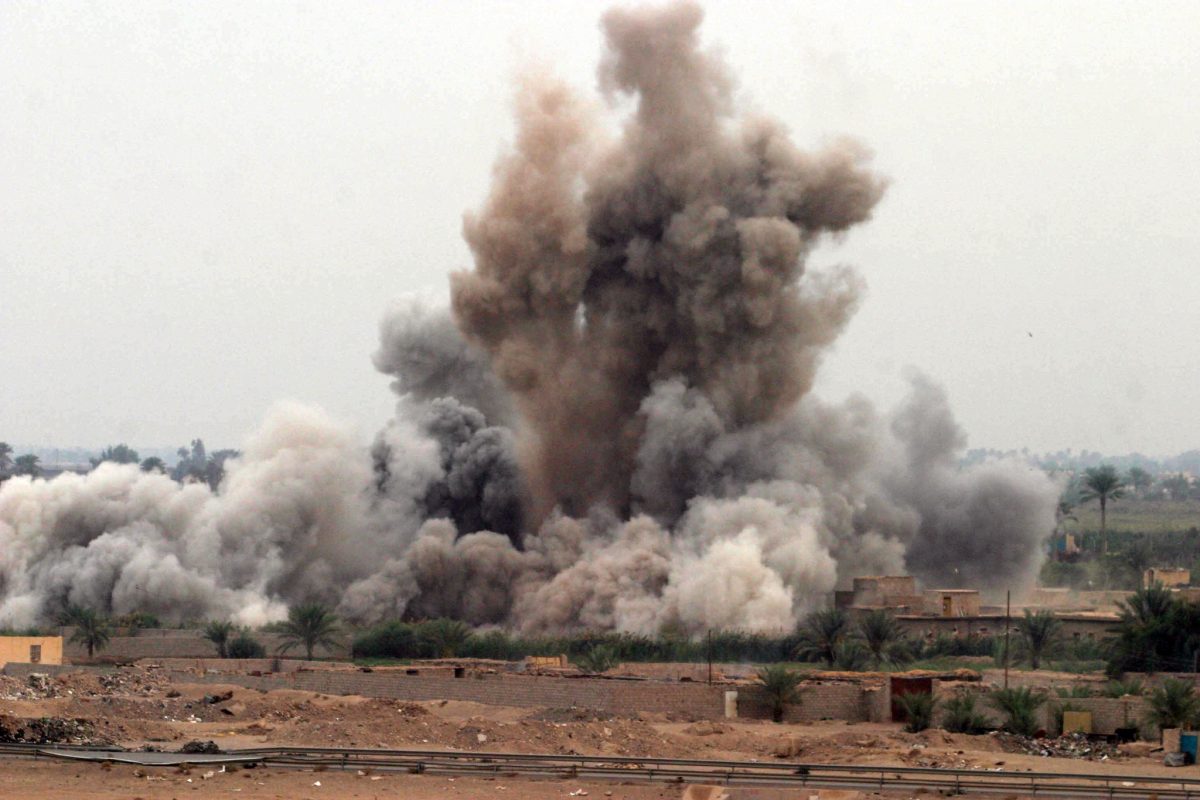 On the Dangerous Ambiguity of the Concept of Soldier Self-Defense

On 13 November 2021, the New York Times (NYT) published an investigative article revealing how the US military had hidden an airstrike which had killed dozens of civilians in Syria in March 2019. The strike had not been acknowledged by the US before the investigation was made public. After the NYT had sent their findings to the US Central Command, which had overseen the air warfare in Syria, it acknowledged the strike for the first time. On 29 November 2021, the Pentagon ordered a review of the airstrike.

The findings of the NYT investigation related to the conduct of the strike raise a lot of questions from the perspective of International Humanitarian Law (IHL). However, I will not delve into these here. Instead, I will concentrate on one specific finding of the investigation – a pattern of relying on the so-called soldier self-defense by US military personnel as a legal basis for the use of force in armed conflicts. The concept of soldier self-defense is unique in the sense that it seems to have taken deep roots in the operational practice of many states without clarification of the concept itself and how it interacts with the existent paradigms regulating the use of force under international law. The consequences of this ignorant approach become apparent when looking at examples like the airstrike uncovered by the NYT. Against the backdrop of the incident, this post argues that the use of the concept of soldier self-defense as a legal basis to use force in an armed conflict and the lack of clarity on its meaning and limits, turns this concept into a hazard which can cause actual humanitarian consequences.

The incident took place in the context of the conflict between the US-led coalition and ISIS. The circumstances of the airstrike were pieced together by the NYT from confidential documents, reports and interviews. The investigation describes the strike in the following terms:

“In the last days of the battle against the Islamic State in Syria, when members of the once-fierce caliphate were cornered in a dirt field next to a town called Baghuz, a U.S. military drone circled high overhead, hunting for military targets. But it saw only a large crowd of women and children huddled against a river bank. Without warning, an American F-15E attack jet streaked across the drone’s high-definition field of vision and dropped a 500-pound bomb on the crowd, swallowing it in a shuddering blast. As the smoke cleared, a few people stumbled away in search of cover. Then a jet tracking them dropped one 2,000-pound bomb, then another, killing most of the survivors.”

Having seen the strike, an analyst, monitoring the live drone footage, asked in a chat system: “Who dropped that?” He received an answer: “We just dropped on 50 women and children.” [sic!] The eventual death toll was even higher and amounted to about 80 people.

Justification of the Airstrike

The investigation claims that the airstrike was carried out by the classified special operations unit Task Force 9, which had been in charge of the operations in Syria and worked closely with Syrian Kurdish and Arab militia. After the closure of the investigation, the NYT approached the US Central Command with its findings. The Command acknowledged the airstrike, and argued that although the strike had killed 80 people, it had been justified since it had been carried out in “self-defense” against a group of fighters who had been an imminent threat to allied forces on the ground. Furthermore, it was clarified that the strike had killed “16 fighters and 4 civilians” and that for the rest 60 people, “it was not clear that they were civilians, in part because women and children in the Islamic State sometimes took up arms”. Such justification must perplex anyone who had a course on IHL.

Self-Defense: A Riddle Wrapped in a Mystery inside an Enigma

One must wonder which kind of self-defense the US Central Command was referring to since the airstrike did not resemble anything one would typically call that. While the concept of “self-defense” is not new to domestic criminal law or the jus ad bellum, it has been appearing increasingly in recent legal discussions related to military operations. While the US is not the only state making use of the concept of self-defense, it is probably the one which most often publicly invoked the notion of self-defense in the context of its military operations. An analysis of the wording and context of those invocations makes clear that the term is not used in the sense of Article 51 of the UN Charter. Instead, the notion has been used as an independent ground for using force in the context of an ongoing armed conflict on an individual or military unit level. Such invocation of the concept of self-defense is widely referred to as soldier or unit self-defense in the international legal discourse.

Despite the concept’s ever wider use, its parameters remain largely unclarified. One of the main questions in this regard concerns its source. Four possible sources of soldier self-defense have been put forward (see here and here). The first possible approach is that soldier self-defense is the natural translation of the states’ right to self-defense under Article 51 of the UN Charter onto the level of individual units and soldiers. The second – arguably majority – approach derives soldier self-defense from domestic criminal law, where it serves as a defense against criminal charges. Thirdly, it has been suggested that it can be understood as rooted in International Human Rights Law (IHRL), under which self-defense is one of the grounds based on which state agents may use lethal force leading to a deprivation of life. Finally, a proposition has been put forward that it is an independent, emerging or established, rule of customary international law.

Independently of the position one takes with regards to the four propositions above, the relevance of soldier self-defense in armed conflicts remains puzzling. The first approach is of no avail in the context of an ongoing armed conflict due to the separation of jus in bello and jus ad bellum regimes. The second approach could serve as a justification for not incurring a penalty if a soldier is charged for killing a person in the context of armed conflict. This presupposes, however, that the act of killing itself is unlawful, which is not the case if a soldier acted in accordance with IHL. Nevertheless, it remains unclear how criminal self-defense in domestic law could be transplanted to serve as a legal basis for the use of lethal force in armed conflicts. Considering that IHRL continues to apply in armed conflicts, if one assumed that the concept of soldier self-defense is grounded in IHRL, it would not serve as an independent legal basis for the use of force in armed conflicts but would be subsumed by the law enforcement paradigm.

The suggestion of a crystallizing independent rule of customary international law is more interesting. IHL already allows the use of lethal force against specific persons and objects to attain military goals of the parties to an armed conflict, international or non-international. This means that a rule of customary international law providing for the right of soldier self-defense as a basis for the use of force in armed conflicts should cover some situations that would be prohibited under IHL and IHRL, but somehow justified under soldier self-defense. It is challenging to come up with a situation falling into this gap. While one cannot ultimately exclude such exotic scenarios, they would definitely be rare.

However, even if we were to agree on a source, this would not easily permit understanding the limits of such right. States are likely to have different views on that issue. So far, the practice shows that they tend to link the limits to diverse provisions of domestic legislation.

Let us come back to some of the details of the airstrike to understand the practical implications of using soldier self-defense as a basis for the use of force. The normal procedure for calling strikes, even dynamic ones, presupposes going through the multi-level approval processes that are aimed at checking whether IHL principles are complied with and reducing civilian harm to the lowest level possible. When performing the March 2019 airstrike, Task Force 9 did not call for such an authorization. Instead, the Task Force recorded the airstrike as “self-defense” in its internal system, circumventing the approval processes. The NYT investigation reveals that this was not an isolated instance: being usually “well behind the front lines”, Task Force 9 recorded about 80% of the airstrikes it performed as self-defense. As already mentioned above, the US Central Command justified the strike on the same basis.

The use of a highly ambiguous concept such as that of soldier self-defense to justify the use of force in armed conflicts is in and of itself problematic. However, what significantly adds to this, is every lawyer’s familiarity with the concept of self-defense acquired during their legal education. The concept of self-defense comes so naturally to lawyers, that they are not tempted to ask too many questions when hearing about it, even in contexts other than criminal law or the jus ad bellum. It is this mix of ambiguity and false or perceived familiarity that renders the concept so effective as an excuse for states and so potentially detrimental to the protection of victims of armed conflicts. This mix makes the concept the perfect rhetorical device to deviate attention from IHL violations and to let them appear “justified”. This leads to situations like the one at hand. While this post did not aim to address whether the concept of soldier self-defense can ultimately be an independent ground for the use of force in armed conflicts, it is clear that the way in which it is currently used is hazardous for the protection of victims of armed conflicts.

The now ordered investigation into the strike by the Pentagon is a great opportunity to clarify the ambiguities regarding the source and the limits of the right to soldier self-defense and its relationship with existent paradigms of the use of force in armed conflicts. Hopefully, this will start a transparent discussion of the concept and its use among states. 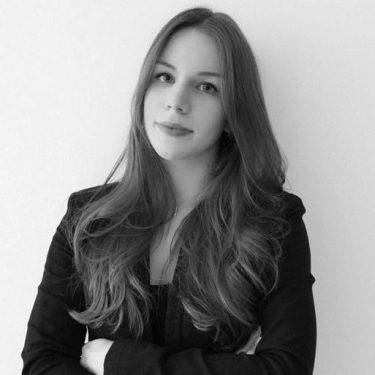 Lizaveta Tarasevich, LL.M. (Geneva Academy of International Humanitarian Law and Human Rights) is a research and teaching assistant and PhD candidate at the law faculty of the University of Geneva and an associated member of the Institute for International Law of Peace and Armed Conflict (IFHV) at Ruhr-Universität Bochum.