Ingo Venzke and Kevin Jon Heller’s edited volume “Contingency in International Law: On the Possibility of Different Legal Histories” (Oxford University Press, 2021) (hereinafter: Contingency) is a rare editorial accomplishment. A coherent and multifaceted engagement with a sophisticated theoretical theme in no fewer than 30 (!) chapters – every one of them beautifully crafted. Beyond the book’s compelling argument and laudable scope, this is a very timely work. It forces us to reject our knowledge of history (what eventually happened) as common sense (it was bound to happen this way) and challenges the present state of affairs as inevitable. As Ingo Venzke argues in the introduction, “[c]ontingency delineates the field of what is possible” (p. 5). By unfolding the past as a realm of more than one possible trajectory, Contingency clarifies the influence of legal and non-legal structures and the role that legal agency has played, and often failed to play, in these histories. It inspires us to “uphold the belief in the possibility of a different law” (Venzke, p. 9) and emphasizes our responsibility to unlock our captive legal imaginations.

One can hardly scratch the surface of this rich volume in a short blog-post review. My strategy for this contribution is to dedicate most of my attention to the chapters that discuss the history and theory of the corporation in international law. I will use the prism of the corporation to describe central facets in Contingency’s line of inquiry and then consider what makes this work a book of its time.

Contingency invites readers to travel back in time, to some of the most important junctures in the history and theory of international law and the corporation. The moment when the New International Economic Order (NIEO) lost the opportunity, if it ever existed, to shape the regulation of business investors (Michelle Staggs Kelsall, Ch. 27); the strange transformation of multinational corporations into bearers of human rights in the jurisprudence of the European Court of Human Rights and investment law (Silvia Steininger and Jochen von Bernstorff, Ch. 17); the moment when the doctrine of state responsibility shied away from alien protection (Kathryn Greenman, Ch. 23); or Barcelona Traction Case as the milestone when adjudication of international investment disputes was exiled away from the World Court (Saïda El Boudouhi, Ch. 24). Why should we dwell on these episodes? What difference does their analysis make? In each of these chapters, the authors consider the path taken and inquire into what could have happened had it not been so.

During the 1930 Codification Conference on state responsibility, “a block of seventeen largely Latin American and former Austro-Hungarian states voted together to reject rules which favored the interests of capital-exporting states, and had been used to justify intervention” (p. 391). Kathryn Greenman argues that this pivotal vote constituted “a fork in the road –a moment when the law of state responsibility began its turn away from alien protection and towards the abstract set of secondary rules” (p. 393). But this moment of inspiring resistance didn’t ‘stick’, and capital-exporting countries would eventually shape a legal regime that proved highly beneficial for their interests. Two decades later, as the drafters of the European Convention on Human Rights were laboring to conclude an agreement, they were confronted with the challenge of recognizing corporations as bearers of human rights. As Silvia Steininger and Jochen von Bernstorff’s analysis reveals, “the transfer of human rights guarantees to business actors in international law […] was never intended to morph into a broad entitlement for corporations” (p. 286). Yet it did.

The Bandung Conference of 1955 was held almost in tandem with the emergence of the European Convention on Human Rights, ushering-in the era of decolonization. In the course of the 1970s, NIEO leadership launched a campaign to regulate corporations through the introduction of a first-of-its-kind international “Code of Conduct on Transnational Corporations”. This initiative played a key role in the naming of the transnational corporation as a subject of concern for international law. Michelle Staggs Kelsall analyzes the history of the Code. Her insightful argument suggests that, while the Code certainly did not offer a robust responsibility regime for corporations under the auspices of the United Nations, it still played an important role as a site of dissent and contestation.

The 1970s marked an institutional shift in the regulation of corporations away from the United Nations as their ultimate regulatory arena. The decisions of the International Court of Justice (ICJ) in the Anglo-Iranian Oil Company (AIOC) and the Barcelona Traction cases led powerful nations to seek alternative forums to adjudicate international investment-protection disputes. In her analysis of Barcelona Traction, Saïda El Boudouhi argues that, even though this case does not necessarily form an integral part of the history of investment law, it “has ‘counter-intuitively’ boosted foreign investment law and investor–state arbitration” (p. 416). She then inquires whether a different decision in the case of Barcelona Traction would have stood in the way of a separate regime for dispute-settlement in international investment law. Her answer is ‘maybe, but probably not’.

The authors who engage with the issue of corporations and international law in this volume frequently follow Susan Marks’ classic essay and warn us not to fall into false contingencies as they carefully distill the legal components and political intricacies that rendered such hegemonic legal architecture possible. But they also offer complementary approaches to the exposure of false contingencies. First, they disrupt our assumption that the present is inevitable and impossible to change (false necessities). They move beyond reifying the complexity of a social world (Justin Desautels-Stein, p. 91) and concretize alternative visions for such institutional and doctrinal change: a regime of state responsibility that is directly applicable to aliens, a code of conduct that regulates corporations, the ICJ as a central forum for investment disputes, or the possibility of not recognizing corporations as bearers of human rights.

In 1971, Georges Abi-Saab published an article entitled “The International Law of Multinational Corporations: A Critique of American Legal Doctrines”. The article analyzed the decisions of the Court in the AIOC and Barcelona Traction cases and concluded that “the technical orthodoxy of the Court reflects […] a forward looking and progressive attitude”. Abi-Saab’s critique and optimism echoed the confidence of the NIEO leadership that the future of international investment law was dependent on the cooperation of decolonized nations. Indeed, as Saïda El Boudouhi describes in her chapter, the NIEO leadership would soon be proven wrong. Yet, retrieving such moments opens our legal imagination to the mindset of resistance and the possibility of experiencing a moment when such resistance may amount to real change. A mindset directed towards institutional imagination and experimentation.

Such a mindset of resistance is closely related to the ethical dimension of Contingency: the yearning to “complement critical scholarship with a responsible professional practice” (see also here). International lawyers who currently work in the field of corporations and international law could rarely avoid a sense of occasional (or persistent) despair amid the immense influence corporations hold over global affairs and their limited accountability for that very influence. The (relatively few) international law initiatives that were launched to address this problem over the course of the twentieth century were usually thrown off the table or, worse, maneuvered to the benefit of corporate interests in ways that even insightful scholars such as Abi-Saab could not have foreseen. But the telling of their histories in this volume effectively and counterintuitively turns the tables back on us, international lawyers. Rather than relegating “questions of possibility to politics and to the almost mythical, if not deified, choices of sovereign ‘States’” (Venzke, p. 15), Contingency invites us to seriously consider “how law itself matters in shaping the conditions of which it is part” (Venzke, p. 16). Falling into the depths of despair is the easy choice, the authors of this volume tacitly tell us. Instead, try thinking about how these histories could have transpired otherwise and, then, “be operational!”

Contingency and the Rise and Fall (?) of the Neoliberal Order

In the context of corporations and international law, the shadow of the neoliberal trajectory frequently looms over the retrospective analysis of its past. The chapters dealing with corporations in this volume lucidly convey the disillusionment over human rights struggles that are not sufficiently attuned to political economy constraints, and interrogate the origins of – and the role that international lawyers, institutions, and doctrines have played in – the development and flourishing of the real international economic order (see also Goldmann, p. 296–314). Can we ever release ourselves from being “captive by dominant knowledge, consciousness, and imagination” (Venzke, p. 11)? How can one consider alternative possibilities of the past without being caught in the strictures of what one knows eventually happened?

A serious possibility of a new era in the aftermath of the Covid-19 pandemic was not known to those writing this volume. Even now, one could hardly forecast the meaning of the pandemic to our future – will it strengthen the hold of populism, leading to greater democratic derogation? Or will the sense of urgency, the surge in grassroots unease and worldwide protests, the pervasive experience of government assistance, and disillusionment over the power of markets in times of trouble lead to the demise of the neoliberal economic order? This very uncertainty makes our contemporary moment a historical juncture for positive disruption. Is such disruption possible? While the forces of powerful structures haven’t gone away, Contingency invites us to consider “the incipient transformability even of seemingly resilient structures” (Moyn, p. 522–523).

The NIEO attempt to regulate corporations may have had little chance to prevail at the time of its coming into being. Yet, the renewed interest in Bandung and the NIEO today may not be incidental. Dwelling on their histories is a call to draw inspiration “from the foreclosed possibilities of the past. Bandung’s life (long thought to be over) may have barely begun” (Crow, p. 443). Contingency encourages us to seriously explore that very possibility. 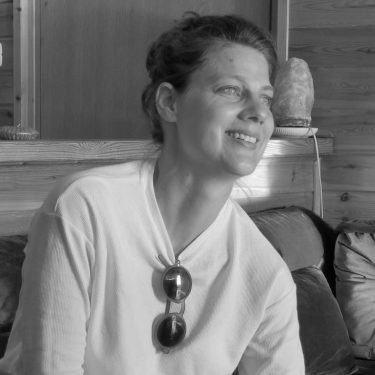 Doreen Lustig is the author of Veiled Power: International Law and the Private Corporation 1886-1981 (Oxford University Press, 2020). She is a Senior Lecturer at Tel Aviv University Law School.