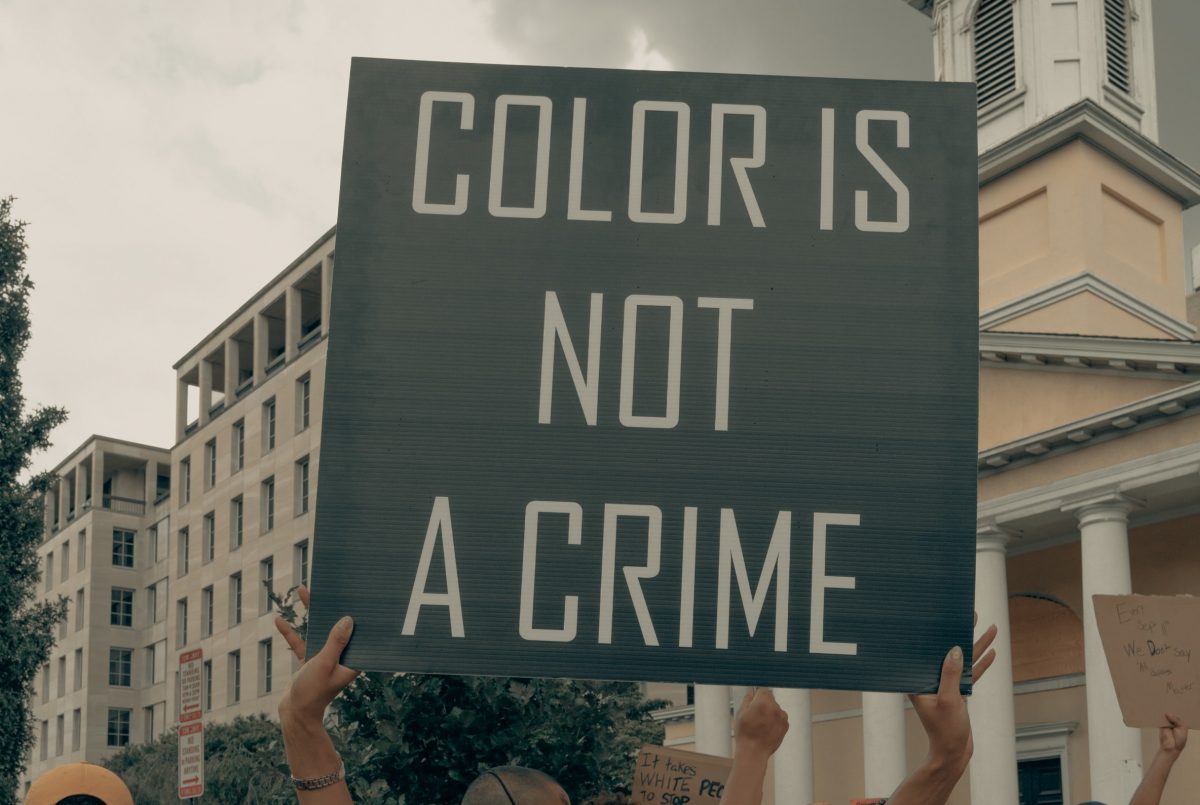 Race and Empire in International Law

Basu v. Germany and the Marginalization of Racial Discrimination in Human Rights Discourse and Jurisprudence

The prohibition of racial discrimination has played a marginal role within the global human rights agenda. This corresponds to the subordination and neglect of ‘race’ in how international legal scholars understand global power distributions (see e.g. here, here or here). Using the Basu v. Germany decision as an entry-point and example, I will argue that both the structuring power of ‘race’ and its marginalization are a product of the history of international law and its construction of the “other”. I use the term race in the meaning of said historical and social construction that intersects with the term utilized in the legal scholarship of Critical Race Theory.

On 18 October 2022, the European Court of Human Rights (ECtHR) ruled in Basu v. Germany on ‘racial profiling’, i.e. the practice of police checks based on racial attributions, as a sub-category of racial discrimination, that Germany had violated the prohibition of racial discrimination under international law, as enshrined in Article 14 of the European Convention on Human Rights (ECHR) in conjunction with its Article 8(1), the right to privacy. While the ruling represents a positive development in the quest for racial equality, it also leaves room for refinement (see also  here or here).

The plaintiff in Basu v. Germany was Biblap Basu, a German citizen who, together with his daughter, had been subjected to an unprovoked identity check by two police officers in 2012 on their way home shortly after crossing the Czech-German border. The police checks were carried out on the basis of Section 23(1)(3) of the German Federal Police Act (Bundespolizeigesetz) and, as Basu believed, because of his dark skin color. They were the only ones who were asked for their IDs by the police when crossing the border. All other passengers in the compartment were white.

In its decision, the ECtHR, referring to racial discrimination as a particularly serious form of discrimination with devastating consequences (see, para. 24 and 34), held that Germany had violated Basu’s right to privacy in a discriminatory manner. It based its decision on the lack of hierarchically or institutionally independent (see, para. 33) investigative bodies (see, para. 36) and on the administrative court’s failure to collect the necessary evidence and to hear witnesses who were present during the identity check (see, para. 37). Thus, it could not be determined overall whether the identity check was motivated by racism or not.

The ECtHR cautions that protection against racial discrimination must not become “theoretical and illusory” (see, para. 35). In other words, it requires practical and feasible implementation. But who is entitled, and more importantly equipped, to assess whether the right level of practicability and feasibility has been reached?

A Procedural or Substantive Violation of Racial Discrimination?

In Basu v. Germany, the ECtHR begins its assessment by emphasizing that racial discrimination constitutes a “particularly egregious kind of discrimination” that requires “special vigilance and a vigorous reaction” (see, para 24). Yet, in its reasoning it confines itself to an analysis of mere procedural failures. The ECtHR eventually concludes that it finds itself “unable” to determine whether the plaintiff had actually been subjected to an identity check on the basis of his ethnic origin (see, para. 38).

It was, however, the German Administrative Court that had denied Basu admissibility of the judicial proceedings he had initiated under German administrative law, arguing that neither a profound infringement of fundamental rights nor an interest in rehabilitation could be established. The Administrative Court did not even address substantive issues. One might think that the possible violation of constitutional rights, as found in similar cases by German administrative jurisprudence, would justify such an interest in legal protection, at least in the context of admissibility. Explanations by the ECtHR would have been desirable as to why the denial of subsequent legal protection should not already be considered as racist manifestation.

The Objective and Reasonable Standard and the Myth of Neutrality

The ECtHR defines ‘racial profiling’ as the police consideration of characteristics such as race or skin color without “objective and reasonable” justification (see, para. 12). Further, it insists that State authorities must make every effort to reach an “objective” decision yet leaving open what such objectivity entails. The application of an unspecified standard of objectivity and reasonableness risks facilitating the creation of enclaves of alleged neutrality, into which States may take refuge.

It was the ECtHR that had deemed preferential treatment of certain nationalities as “objective and reasonable”, thus permissible, which leads to a not inconsiderable restriction of the principle of equality. In a similar manner, the United Kingdom, upon ratifying the International Convention on the Elimination of All Forms of Racial Discrimination (ICERD) in 1966, excluded its application to Rhodesia and clarified that the Commonwealth Immigrants Acts, 1962 and 1968, were not racial discrimination within the meaning of the ICERD, thereby seemingly contributing to a hierarchical regime of citizenship. In a similar manner, Germany refuses to ratify the 12th additional protocol to the ECHR, fearing that the legal embeddedness of “nationality” as a qualifying marker might trigger increasing scrutiny.

This illustrates the vulnerability of notions of equality and justice. For it is not by chance that in the present case the simple presence of the German citizen Basu challenged the conception of (white) European border regimes. The category of race has noticeably undergone a process of decontextualization and dehistoricization (see, p. 1658). But racial regimes do possess history, “that is, discernible origins and mechanisms of assembly”, even if these “racial regimes are unrelentingly hostile to their exhibition” (see, p. xii). It was in fact European scholars in the emergence of the international order that contributed significantly to the social construction of race and to its emergence into an analytical concept, a ‘biological fact’, and the basis of legal thought, analysis, and separation.

Contrary to the histography of race and empire, the ECtHR noticeably focuses on the individual and subjective attitude of the civil servant in its remarks, thereby failing to consider statutory and internal regulations in their entirety and systematic form. While feminist legal theory may readily center patriarchy as a social system (and not sexist acts of individuals), the prohibition of racial discrimination continues to linger in the clutches of personal failure and individual perpetration.

As against this, a look at the genesis of international law reveals that European expansionism – in the form of territorial conquests, slave trade, and colonialism – was essential to the construction of a (racialized) system of domination that made the “other” a social reality. By the late 19th century race became the explicit marker of a supposedly scientifically informed positivism (see, p. 937), designating international law as “rules recognized between white men” (see, p. 143)

Both transatlantic slave trade and European colonialization revealed an unprecedented numerical and specifically anti-Black dimension and brutality, justified by assertions of racial inferiority (see, p. 13), and masked as a Christian or moral duty to help those characterized as ‘beast in human form’ (see e.g. here or here). Such hierarchical categorization persisted through time, awarding a society sovereignty in proportion to its proximity to whiteness.

A Need for the Inclusion of whiteness as an Analytical Category

A systemic analysis in Basu v. Germany would have been helpful in uncovering postcolonial continuities of social concepts and their mystification. It is with an understanding of the construction of whiteness as expression of domination and neutrality, that will allow for the deconstruction of racializing perspectives on the “other”. A more nuanced analysis of seemingly neutral enclaves – such as sovereignty, jurisdiction, and nationality – is needed; without which substantive equality is unlikely to be achieved, and the whiteness of the international – both in past and present – will continue to be rendered “conceptually invisible”.

By Way of Conclusion: Uncovering Tendencies of Marginalization

The marginalization of the prohibition of racial discrimination has thereby been noticeable in academic anti-discrimination and human rights discourses. Notwithstanding the norm’s prominent status in the international legal order, few publications are devoted to specifically racial discrimination in comparison to other categories of discrimination, such as gender. In addition, people affected by racial oppression are largely excluded from decision-making processes and knowledge production. The racialized history of international law remains for the most part concealed. The question of distribution of power in global knowledge production is, thus, central to the assessment of practicability and feasibility. 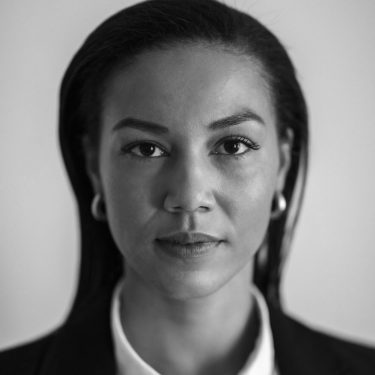 Anna Hankings-Evans is a German-Ghanaian attorney and lecturer in EU law and international economic law. Her research focuses on public international law, particularly from a postcolonial TWAIL perspective and with a special focus on the African region. Between 2016 and 2017, she was a visiting scholar at the Centre for Chinese Studies at Stellenbosch University in South Africa. Since 2018, she serves as an independent legal expert for the African Union.