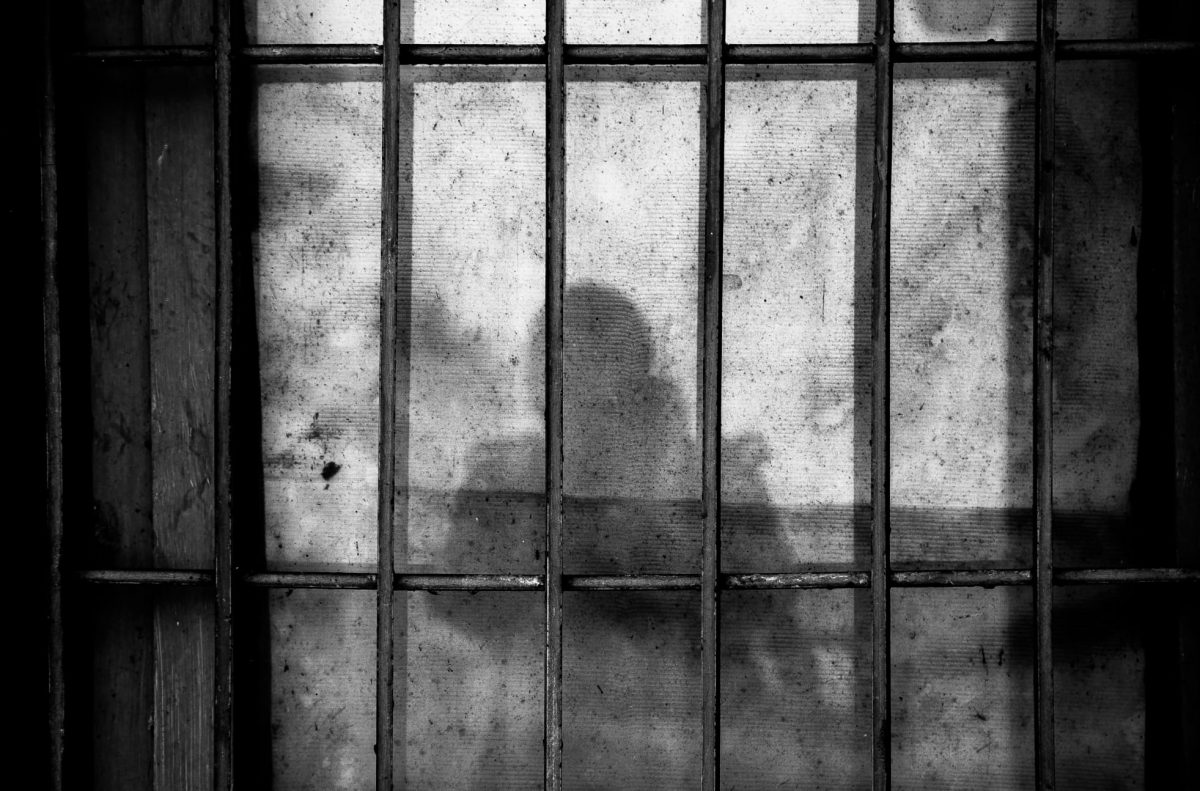 Purge – Until There Is No One Left

In February 2021, the European Center for Constitutional and Human Rights (ECCHR) filed a complaint in Germany for crimes committed in Chechnya, allegedly by five perpetrators including the Chechen Deputy Prime Minister and other government and security forces against approximately 150 LGBTQI+ persons between 2017 and 2020. The allegations include persecution, arbitrary and unlawful arrests and detentions, torture, forced disappearance, and sexual abuse. This piece examines whether the treatment of Chechnya’s LGBTQI+ community amounts to crimes against humanity under international law.

Chechen society is characterized by its conservative and patriarchal values. Strong heteronormative duties and roles attributed to the female and male gender lead to the suppression of any behavior seen to transgress these roles generally and to the repression of LGBTQI+ specifically. The government actively encourages this repression through regional and federal laws and ongoing anti-LGBTQI+ propaganda. For example, the Head of State, Ramzan Kadyrow, described LGBTQI+ people as “non-human” and “devils”, and denied their existence in Chechnya. Human rights activists have criticized this situation for years, but in legal terms, Maxim Lapunov, himself a victim of the “gay purge”, was the first to act, filing a criminal complaint against his perpetrators with the Russian authorities. After exhausting local remedies, Lapunov brought his case (Maksim Grigoryevich LAPUNOV against Russia) before the European Court of Human Rights (ECtHR) and claimed violations of Art. 3 (prohibition of torture), Art. 5(1) (right to liberty and security), and Art. 14 (prohibition of discrimination) of the European Convention on Human Rights (ECHR).

The pending ECtHR case is a chance to remind Russia of its obligation to ensure and protect human rights all over its territory. However, the dimension of the acts committed in Chechnya and Russia’s failure to fulfill its international obligations go beyond the scope of the ECHR and human rights law. Due to the systematical and targeted character of the attacks against LGBTQI+ people, they may qualify as crimes against humanity, whose prohibition is a peremptory norm of international law as the ILC has stated in its Draft Articles on this crime. The International Criminal Court’s Rome Statute (RS) reflects the most recent consensus on its definition. Article 7(1) RS sets forward acts, which amount to a crime against humanity when the elements of the crime were fulfilled. This means that the act has to be performed “as part of a widespread or systematic attack directed against any civilian population, with knowledge of the attack”.

Attack, as per the Statute’s definition means “the course of conduct involving the multiple commission of acts against any civilian population, pursuant to or in furtherance of a State or organizational policy to commit such attack”. The characterization of an attack as widespread refers to the large-scale nature of the attack (ICC, Bemba, para. 163) and systematic refers to the organized nature of acts of violence in a conscious repetition of the acts (ICC, Ntaganda, para. 692; ICC, Katanga, para. 1123). One individual act can be part of an overarching widespread or systematic attack (ICTY, Blaškić, para 101).

Numerous sources have documented attacks against LGBTQI+ persons in Chechnya, including enforced disappearances, torture, imprisonment, and killings, which meet the definitions laid down in Art. 7(2) RS. These various acts also amount to persecution in the sense of Art. 7(1)(h) RS. Persecution “means the intentional and severe deprivation of fundamental rights contrary to international law by reason of the identity of the group or collectivity”. The RS criminalizes persecution against any identifiable group or collectivity on political, racial, national, ethnic, cultural, religious, gender, or other grounds. Gender “refers to the two sexes, male and female, within the context of society”. The jurisprudence of international criminal courts and tribunals (see Commentary of the ILC Draft Articles on Prevention and Punishment of Crimes Against Humanity, p. 46) and the ICC’s “Policy Paper on Sexual and Gender-Based Crimes” recognize the social construction of gender with its attribution of roles, behaviors and characteristics to women and men.

The acts committed in Chechnya constitute persecution of LGBTQI+ people, who are targeted based on their sexual orientation, as men and women not in conformity with the duties and roles Chechnyan society assigns to them. They were performed in a widespread and systematic manner, since Chechen security forces executed them using similar methods and tactics based on the government’s overarching anti-LGBTQI+ Agenda, affecting large numbers of LGBTQI+ people. Thus, the actus reus of Article 7 RS is fulfilled.

The mens rea of Art. 7 RS requires knowledge of the attack. Here, the government promoted honor killings of LGBTQ+ persons and facilitated a homophobic climate through its anti-LGBTQI+ propaganda. As the persons alleged to have committed the acts are part of Ramzan Kadyrow’s inner circle and are heavily involved in anti-gay propaganda and in the crimes committed against LGBTQI+ people, they acted in knowledge of the broader attack. The enumerated accusations thus meet the criteria of crimes against humanity.

States, including Russia, have a responsibility to protect their citizens from such severe crimes. However, Russia does not fulfill these obligations, as it demonstrated in 2018 when OSCE member states invoked the Vienna Human Dimension Mechanism and asked Russia to investigate crimes against LGBTQI+ people. On the grounds of insufficient responses, the Moscow mechanism was initiated a few months after, also to no avail. Although both mechanisms only establish political obligations, allowing for questions and expert missions sent to the state under scrutiny, Russia’s reactions suffice to demonstrate that it appears to ensure impunity for perpetrators. In the OSCE Rapporteur’s Report, Professor Wolfgang Benedek analyzed whether this is due to a lack of political will or a lack of control over the Chechnyan government and concludes that “most observers believe that there is a lack of political will for the sake of stability in the region”.

On Personal Criminal Accountability as a Means to Close Protection Gaps

According to Article 12(1) RS the ICC has jurisdiction over state parties. Russia only signed the RS in 2000 but never ratified the agreement and, moreover, withdrew its signature in 2016 after the court classified Russia’s annexation of Crimea as occupation. Thus, there is no realistic chance to bring this case before the ICC.

“In an imperfect system of international criminal justice, with an ICC with limited jurisdiction, Germany attempts to guarantee that Europe is no safe haven for war criminals”, said Wolfgang Kaleck, the founder of the ECCHR, which filed a criminal complaint against five alleged perpetrators of crimes against LGBTQI+ in Chechnya in February 2021. Based on the principle of universal jurisdiction, it follows on the heels of its predecessor, the “Al Khatib Trial”, pending in front of the Higher Regional Court in Koblenz.

The principle of universal jurisdiction, according to which serious crimes under international law, including crimes against humanity, affect the international community as a whole, provides for state jurisdiction over persons (including non-nationals), who committed such crimes anywhere in the world, thus enabling courts to hold perpetrators accountable across state borders and prevent impunity. With the implementation of the principle of universal jurisdiction in its domestic legal system, enshrined in the Völkerstrafgesetzbuch, Germany has taken an important step to ensure global justice.

The human rights situation in Chechnya highlights the need for a codification of crimes against humanity in a dedicated convention to ensure the effectiveness of preventing, investigating, and prosecuting such crimes and harmonizing international and national law. Currently, in a world where the ICC is losing its standing in the international community, and the enforcement of the responsibility to protect due to the Security Council depends on the will of a few states, the punishment of such severe crimes is partly dependent on the principle of universal jurisdiction. In such a desperate situation, the principle of universal jurisdiction guarantees that such severe violations of human rights are not brushed aside. In this sense, it is now up to the German federal public persecutor to open investigations regarding the situation in Chechnya and signal to the international community that injustice and impunity are intolerable. 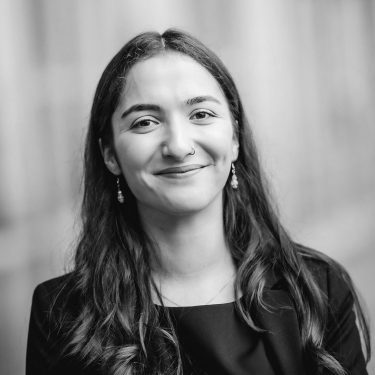 Dilara Karmen Yaman is a student at Ruhr University Bochum’s Faculty of Law and a student assistant at the chair of criminology.