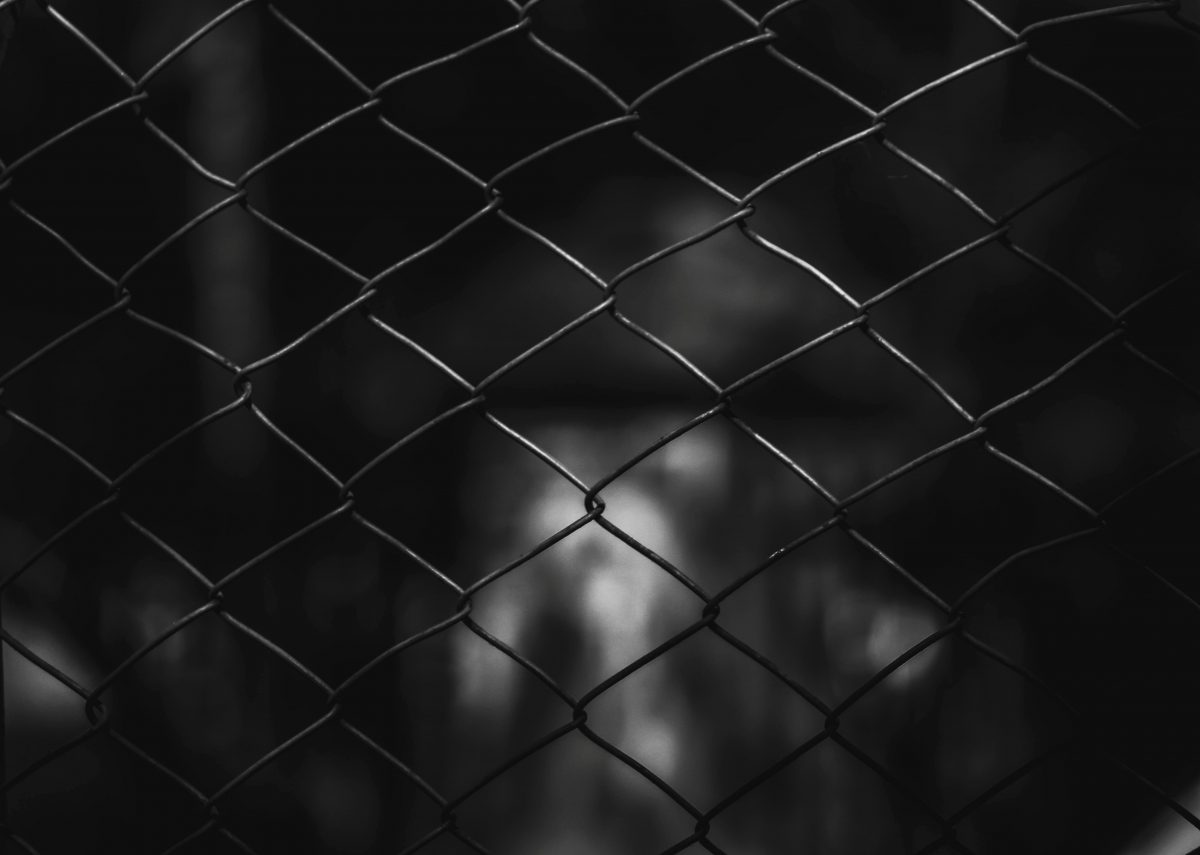 Photo by Aswin Deth on Unsplash

Populism’s lethal effect on the respect for human rights

The case of Dimitris Koufontinas

The rise of populism in Europe is a fact. Along with it, discussions of the effects of populism on the rule of law have arisen. The purpose of the present Bofax is to draw attention to the role that populism has played in the Greek government’s treatment of convict Dimitris Koufontinas and scrutinize it under the lens of the European Convention on Human Rights (‘ECHR’).

Some background on the ‘Koufontinas’ Case

Dimitris Koufontinas was a leading member of  the “Revolutionary Organisation 17 November”, which operated  between 1975 and 2002 (and  has been designated a terrorist group by Greece, the United States and the United Kingdom). Koufontinas is currently serving 11 life sentences and 25 years of imprisonment for his group membership and a series of murders, and other criminal acts committed in this capacity.

Koufontinas was serving his sentence in Korydallos prison until 2018, when his application regarding a transfer to a rural detention facility in Kassavetia was approved due to his exemplary behaviour. However, the newly established Greek law 4760 prohibited those convicted of terrorist offences to serve their sentence in rural detention facilities, further stating that those transferred to rural facilities shall be returned to their previous prisons.

In line with the referenced provisions, Koufontinas would have to be transferred back to Korydallos. Instead, he was transferred to a third prison facility (Domokos). His request to not be transferred to yet another facility was rejected. Unable to challenge the lawfulness of this decision, Koufontinas has been on a hunger strike ever since and, since February 22, also on a thirst strike, his health gradually deteriorating.

Koufontinas’ request has been acknowledged as lawful by the Greek legal community. Precisely, the Greek Ombudsman questioned the lawfulness of the decision rejecting Koufontina’s transfer application and stressed the importance of granting him and his attorney the documents, on the basis of which the decision was issued. Additionally, national lawyers signed a joint plea to the Ministry of Justice, while others underlined that the Greek Government has violated 8 out of the 11 Basic Principles for the Treatment of Prisoners, laid down in a 1990 UN-General Assembly Resolutions. Ultimately, the national Association of Judges and Prosecutors issued an announcement, called on the State to change its attitude towards Koufontinas.

Instead of addressing these concerns, the Government has adopted a populist reaction, switching the center of attention from whether the applicable law was correctly applied to asking whether the human rights of a convicted terrorist are worth being respected. Precisely, Koufontina’s hunger and thirst strike is often referred to as a terrorist’s effort to ‘blackmail’ the Government. Such vague pleas to abstract societal values and to lack of remorse are portrayed as sufficient grounds for the denial of his request, as if they were prerequisites for the application of the Law. Koufontinas’ human rights are further presented as incurious to Society, which supposedly has more serious problems to deal with. After all, this is actually about a terrorist, who tries to become a hero and

‘[d]emocracy is not blackmailed, nor does it negotiate with terrorists’ (see here).

Such pronouncements constitute a blatant attack on the Rule of Law: The Law will be applied, save if the case concerns a terrorist, or if the prisoner has not shown remorse for a crime, or if the claimant blackmails the Government/Democracy, or if the application of the Law in a specific case is incurious to the Society, or if …

Τhe question of whether the applicable law has been correctly applied in the case of Koufontinas has been degenerated into a question of whether the Government should bow down to a terrorist’s request. Society in globo is portrayed as siding with the Government, whereas those supporting Koufontinas’ request have been dismissed as (in the Prime Minister’s words) ‘30 thugs’. If the terrorist’s request is accepted now, Democracy will lose. And just like that, catharsis has come! Koufontina’s human rights had to be sacrificed, in the name of Democracy! Any other option would in fact harm the greater good.

The lawfulness of Koufontinas’ treatment under the ECHR

As indicated, Koufontinas seeks not his release, but to be transferred back to Korydallos prison, in line with the provisions of the recently established law. As it concerns the conditions of detention, the case falls outside the scope of ECHR Article 5, which safeguards the right to liberty and security (Stoyan Krastev v. Bulgaria, para. 38).

Instead, the European Court of Human Rights (‘ECtHR’) has noted that frequent transfers from one prison to another may amount to a violation of ECHR Article 3 (prohibition of torture, inhuman or degrading treatment), if the State does not assure that manner and method of detention do not subject prisoners to distress or hardship exceeding the unavoidable level inherent in detention (Khider v France, para. 33). The minimum level of severity that needs to be met for the acknowledgement of an Article 3 violation on these grounds is rather high (Khider v France, para. 32), however, one could argue that in the case at hand it has, indeed, been met.

This is because law 4760, according to which Koufontinas was be transferred from the rural detention center of Kassavetia has been widely criticised as being a punitive, “photographic law”, tailored specifically to render Koufontinas’ conditions ofimprisonment harsher. In fact, in 2018, when Koufontinas’ application with regard to his transfer to Kassavetia was approved – in line with the previous provisions regulating the matter, a series of reactions by the members of today’s governmental party arose. The current Greek Prime Minister asked back then:

“At a time when Greece is mourning [meaning the victims of a recent fire] […], is favouring the serial killer a priority?”

The Court, in its established case-law has steadily underlined the fact that it does not qualify the protection of ECHR Article 3 upon a detainee’s status, such as terrorist (Frérot v. France; Ramirez Sanchez v. France; Öcalan v. Turkey). The government’s use of Koufontinas’ exercise of his lawful rights as a means to criticize the previous government’s policy and its amendment of the legal framework on the matter constitute valid reasons for one to qualify the newly adopted provision as “photographic”. That such a rule, tailored towards his specific case, was adopted and subsequently misapplied, would have subjected to distress exceeding the unavoidable level of suffering inherent in detention (Khider v France, para. 33). The long hunger and thirst strike, which have already endangered his health and which may even cost his life, seem to verify this conclusion.

This is not the first time in which Greece was found to have violated its ECHR obligations concerning the treatment of the Revolutionary Organisation’s members. In 2010, the ECtHR concluded that Greece had violated its Article 3 obligations due to shortcomings in the medical treatment of the organisation’s co-leader (Xiros v. Greece). This time, however, the State seems to be additionally breaching ECHR Article 13 (right to an Effective remedy) in conjunction with Article 3, due to the ineffective means provided to Koufontinas for review of the decision rejecting his transfer application.

According to the ECtHR’s jurisprudence, for such remedies to be effective, they shall inter alia ensure the diligent handling of the inmates’ complaints (Neshkov and Others v. Bulgaria, paras. 183, 282-283). In the case at hand, although the preventive remedy was available, it was not effective in practice. As national lawyers and the Greek Ombudsman underlined, Koufontinas was not granted access to documents, which were essential for him to properly challenge the lawfulness of the decision rejecting his request. In this sense, he did not have access to an effective preventive remedy.

Against this background, the Mersaultian case of Koufontinas sheds light on the potentially lethal effect of populism on the respect for human rights. Let us hope that the Greek State will set things straight before the clock stops ticking. And unfortunately, time has almost run out.