On Contingency and Utopian Possibilities

‘Contingency in International Law: On the Possibility of Different Legal Histories’, an ambitious volume edited by Ingo Venzke and Kevin Jon Heller which was published in April 2021, puts international law with all its contemporary flaws and ailments into a range of historical perspectives. The book then disrupts these perspectives.

‘Contingency in International Law’ goes beyond the knowledge we consider settled and places international law in dialogue with its own margins, its own silences, and its own biases. And more importantly, it puts the reader at the center of these dialogues; it makes us (international lawyers) uncertain and unsettled, it makes us question our own commitment to our discipline. However, in most chapters these moments of doubt and reckoning are temporary and after the initial discomfort the reader is reassured that international law, despite its many historic and contemporary issues, is still a worthy endeavor. We are reassured that if we can find moments of contingency in which to exercise our ‘situated freedom’ (Samuel Moyn in the Conclusion) then perhaps our discipline’s future can be brighter than its past. There are also moments in the book which go against this grain, and it is at these junctures that the book really shines for me. In this piece I explore how two different authors (Umut Özsu and Moshen al Attar) engage with and work through their discomfort(s) as they explore whether their chosen theoretical approach (Marxism and TWAIL respectively) can awaken us to the emancipatory potential of international law, while remaining loyal to its political agenda.

Contingency and Possibility in Marxist Approaches to International Law

Özsu begins his chapter ‘The Necessity of Contingency: Method and Marxism in International Law’ with the question whether a Marxist approach to history can rightfully be described as deterministic. The author’s journey through the Marxist hall of fame starts with Marx and Lenin, he then nods at Gramsci, E P Thompson, Poulantzas and ends with Bob Jessop. If it sounds like a lot of ground to cover – it is! The account is detailed, and at times intimidating for the sheer volume of Marxist writing that Özsu draws on and the skill with which he contextualizes and integrates this material. Özsu concludes that Marxism is unjustly charged with determinism, and moreover, that Marxists ‘have been engaged in political action, often at the highest levels, and [are] therefore intimately familiar with all manner of contingencies, practical and conceptual.’ Özsu then provides Marxist accounts of the law and of the state. His account of the law is refreshing for its refusal to repeat the tried and tired trope that Marx was entirely dismissive of law. Özsu goes beyond this and, drawing on Marx’s own writings, puts forward a powerful argument that while Marx did not think that capitalism could be overcome through ‘specifically legal efforts’, he also did not consider law ‘necessarily useless’. Özsu highlights the centrality of struggle in Marx’s account: exploitation always holds a seed of emancipation. This, he argues, is also true for international law: the fact that international law facilitates capital accumulation does not mean that it must do so. This is where Özsu locates contingency (or what he terms ‘ideological and institutional autonomy’), and it is here that, for me, his argument is at its weakest.

To put my critique simply: just because there is space for contestation within law does not mean that there is potential for its progressive transformation. It does not follow from the premise that international law can be made better that it can be made good. To bridge this logical jump, Özsu presents what is realistically possible as what we should aspire to. The good is the realistic. And for Özsu what is not possible is Marx’s vision of communism in which law has become obsolete. Özsu argues that ‘short of a socialist utopia in which states and classes have gone by the wayside, it is difficult to imagine many social relations, […] that are not mediated at least to some degree by law.’ What remains unclear is why we should be aiming for anything less than a socialist utopia. Having launched a powerful argument that Marxism is not tied to determinism, Özsu himself sets a limit on the kind of future change we might be able to imagine and achieve. Even for Özsu there seems to be something uncomfortable about the idea that Marxist engagement with international law may demand a world beyond it.

The Case for a Future of Nonsense

It is precisely this skepticism towards an international law future that Moshen al Attar explores in his chapter ‘Subverting Eurocentric Epistemology: The Value of Nonsense When Designing Counterfactuals’. Al Attar begins with the question ‘If international law is hopelessly prejudicial, if its aetiology means that it will forever remain so, why even bother?’ The author is interested in what he terms the ‘TWAIL paradox’ – a tension between powerful critiques launched by TWAIL scholars which expose international law as illegitimate, which are then followed by demands for reform, showing a deep overriding commitment to the international legal order. Al Attar considers a number of critical attempts (by Anghie, Chimni and Özsu) at squaring the circle: attempts to advocate for engagement with the system which the authors have spent considerable time demonstrating is rotten. He finds these attempts frustrating, and ultimately unsatisfactory. Instead, al Attar proposes that potential for transformation lies in epistemic emancipation: he argues for a ‘decoloniality approach to counterfactuals’ which ‘would highlight the embedded nature of the Western imaginary and the importance of challenging those very elements that make the most sense’. Ultimately, he argues for writing radical counterfactuals of international law. He asks readers (and importantly critical scholars) to imagine ‘a democratic Security Council, an IMF whose president is selected by African states, the constitutionalisation of participatory economics, a global moratorium on intellectual property rights.’

The most obvious critique of al Attar’s account is that he places far too much hope in the potential of epistemic shifts to guide real-world emancipation. Even if we accept his premise that radical counterfactuals have the potential to challenge the theoretical status quo, this does not translate into a challenge to the actual status quo. This critique is particularly pertinent if one considers that the remaining 300 pages of the book explore international law’s contingencies: its lost opportunities and roads not taken. What we learn over the course of these pages is that real-world change is slow and full of heartbreak. However, al Attar’s recent piece on fighting Eurocentrism through the practice of teaching international law offers a rebuttal to this line of critique. In this piece, al Attar considers how international legal pedagogy could be decolonized. He proposes that ‘anti-racist pedagogy’ focuses on the actually existing law and rejects the discipline’s ‘fictions and facades’. He does not go as far as arguing that anti-racist pedagogy will eventually also pose a fundamental challenge to the current model of higher education, which is as Eurocentric and exploitative as the discipline we teach, but that seems like the logical conclusion. I propose that if these two pieces by al Attar are brought together (I recommend reading both!) they reveal a subtle commitment to planned obsolescence.

In Part III of the book, titled ‘Locating and Resisting Contingency’, nineteen authors take a closer look at historical crossroads in their own fields. They draw on historical documents, unearth long-lost possibilities and chart alternative trajectories. Through their work they defy what Genevieve Renard Painter diagnoses as ‘material exigencies of life as a legal scholar’ which make time-consuming archival work a nearly impossible quest for international lawyers (Chapter 3). And like most acts of defiance this one is worthy of praise. There is something incredibly refreshing about an entire 500-page volume being dedicated to alternative worlds; to questions that may not have answers; and to futures which may lie beyond law. And this brings me again to planned obsolescence.

Planned obsolescence is a term usually used to describe a method of designing products so that their expiry (obsolescence) is pre-determined. Here, I use it to refer to an idea of practicing international law (whether through teaching, scholarship, or practice) in a way that ultimately leads to its disappearance. Whether this means refusing to commit to its future in our writing or de-centering ourselves as sources of knowledge in our teaching – it means that we are working towards a generation of international scholars and practitioners who would be more committed to their utopias than to the law. The fact that this book was published, that it brings together voices of scholars from truly diverse backgrounds, with equally diverse methodological approaches and ideological commitments demonstrates that we are already on our way. And speaking for myself, I can only say that the change is long overdue and truly welcome. 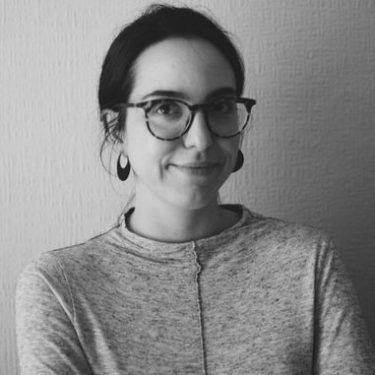 Marina Veličković is a PhD student at the University of Cambridge and a Gates Cambridge Scholar. Her research interests include International Criminal Law, Political Economy and Critical Theory.