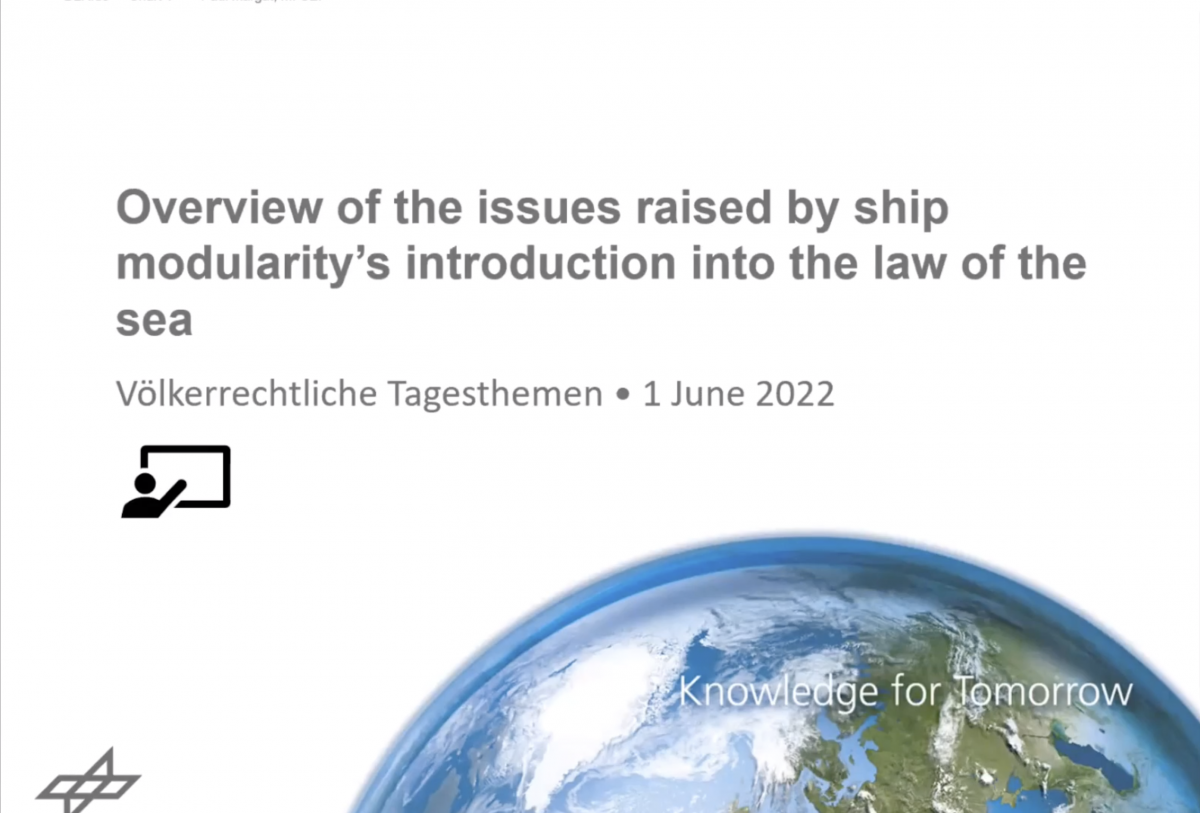 Ship modularity represents the possibility to adopt easier and more flexible building processes as well as a greater adaptability to different missions carried out by a vessel. It also provides a ship with a greater life expectancy thanks to the swift replacement of standardised components. Thus, such processes find application at different stages of a ship’s life from its conception to its actual service. Several ship classes – civil and military – already apply such concepts in their design or missions in such a manner that arguably does not challenge preexisting rules on ship security. However, the future of shipbuilding could push modularity further by involving essential features of a vessel during its operational life such as its technical properties or its functionality. This kind of development would fundamentally question the core conception of ships underlying the drafting of conventions such as the one on the safety of life at sea (SOLAS) and in turn, the role played by classification societies responsible for ensuring the proper application of technical standards by ships. The presentation will try to establish an overview of the issues different types of ship modularity may raise, from the very definition of the concept to its compatibility with today’s law of the sea.