On Symbolism and Beyond

On 22 June 2021, more than 300 curious minds joined the Stop Ecocide Foundation for a video conference in which the long-awaited definition of ‘ecocide’ was to be unveiled. It was drafted by an independent expert panel, chaired by Philippe Sands and Dior Fall Sow, and convened by the Stop Ecocide Foundation at the request of Swedish parliamentarians. Many, if not all, of the participants share the belief that the international community needs to intensify efforts to preserve and restore our ecosystems. One tool, it is hoped, could be international criminal law and the criminalisation of environmental destruction. The aspiration of everyone involved in the endeavour to define ecocide is for the Rome Statute to be amended to include ecocide as a fifth crime against peace.

Making ecocide an international crime, Chair of the Stop Ecocide Foundation Jojo Mehta proclaimed enthusiastically, “will signal a change in the ground roots in which the global economy operates”. The symbolic force which including environmental destruction in times of peace in the jurisdiction of the International Criminal Court would carry is undeniable, the Court being tasked to prosecute the most serious crimes of concern to the international community as a whole. But is the definition truly ecocentric? More importantly, does the emphasis on symbolism come at the expense of clarity and enforceability? Is the definition fit for purpose – for legal purpose, beyond symbolic purpose?

A Clear Emphasis on Symbolism, and Questions on Ecocentricity

Already the timing of the panel launch – November 2020, 75 years since the opening of the Nuremberg Trials – conveys the importance placed on the symbolic force of the ecocide initiative. Coincidence? Clearly not, as the Stop Ecocide Foundation describes the moment to be “powerfully symbolic”. Another symbolic indicator is the choice of the crime’s name. The parallel to the term ‘genocide’, the ‘crime of crimes’ cannot be overlooked, neither can one ignore the obvious implication that environmental destruction is to be understood as equally grave to the destruction of a national, ethnical, racial or religious group (of human beings). The other, related, reason behind the label ecocide is that the general public is less interested in war crimes and crimes against humanity than in genocide. Thus, the term ‘ecocide’ is punchier than ‘crime against the environment’.  And indeed, other social movements, most prominently feminists referring to the concept of ‘femicide’, borrow the Latin term ‘caedere’ (to kill) used in the term ‘genocide’.

This juxtaposition of genocide and ecocide further relates to the – arguably failed – attempt of the panel to adopt an ecocentric approach to environmental destruction. In a recent interview on this blog, Philippe Sands claimed that the definition was not going to be anthropocentric. However, the suggested addition to the Rome Statute of a preambular paragraph 2bis reads more like a hybrid approach:

“Concerned that the environment is daily threatened by severe destruction and deterioration, gravely endangering natural and human systems worldwide”.

Does the definition as such hence adopt a more ecocentric approach? The panel suggests the following wording for a potential Article 8ter, paragraph 1:

“For the purpose of this Statute, “ecocide” means unlawful or wanton acts committed with knowledge that there is a substantial likelihood of severe and either widespread or long-term damage to the environment being caused by those acts.”

On a first glance one might find the definition to be ecocentric, given its sole focus on environmental damage. However, a more careful reading, especially of the actus reus qualification by the “unlawful or wanton” requirement reveals the truly anthropocentric nature of the crime in spe. According to paragraph 2,

“’Wanton’ means with reckless disregard for damage which would be clearly excessive in relation to the social and economic benefits anticipated”.

In other words, according to this alternative an environmentally harmful act is only criminalised if the – environmental – damage would be clearly excessive in relation to the social and economic benefits – for humans(!) Accordingly, environmental destruction would be justified if the benefits for us, the single most powerful species on Earth, are significant enough. Of course, this is only one of two alternatives which only comes into play if the first alternative, the ‘unlawful’ requirement is not met. However, given that most laws protecting the environment, both on international and national levels, are rather permissive and can hardly be claimed to be ecocentric in nature, the definition is, in reality, anthropocentric. Given the strong message and symbolic force that would have emanated from an ecocentric approach, this is regrettable. However, from a systematic perspective of international criminal law an anthropocentric or at least a hybrid approach is certainly a better fit in the architecture of the International Criminal Court and its statute.

Furthermore, and importantly, using international criminal law as a vehicle to combat environmental destruction already carries significant symbolic weight – whether the definition of an international environmental crime is ecocentric or not. The concept of criminality being closely linked to morality and societies’ understandings of blameworthiness, attaching individual criminal responsibility to environmentally harmful actions can raise public and individual consciousness, thus shifting cultural assumptions about the value of the natural world and its worthiness of protection.

For the purpose of the ecocide definition, the first principle of non-retroactivity means that, should the crime be included in the Rome Statute, the International Criminal Court could only prosecute acts that would have been committed after the entry into force of the amendment. This holds true regardless of whether the drafting panel had more far- (or rather back-) reaching intentions, as some conference attendees seemed to find suggested in Philippe Sands’ remarks about ongoing effects. The second principle of legal certainty, however, seems more problematic in the context of the newly proposed ecocide definition.

The major structural difference between the proposed definition of ecocide and the definitions of other crimes in the Rome Statute is the complete absence of any material description of the criminal act, the actus reus. It is only qualified by the above-mentioned alternative requirements ‘unlawful or wanton’, neither of which give any indication about the nature of the criminal conduct per se. In a webinar hosted by E3G, Philippe Sands explained that the panel had a long debate on whether to list acts but ultimately decided against it, the rationale being the impossibility of drawing up an exhaustive list. According to Sands, “if you shortlist [acts] you leave out others and then you say those are not important”. This invites the question whether the panel considered listing a certain number of acts and adding a residual clause such as the one in the crimes against humanity provision of Article 7(1)(k) of the Rome Statute:

“Other inhumane acts of a similar character [to the acts listed in Article 7(1)((a)-(j)] intentionally causing great suffering, or serious injury to body or to mental or physical health.”

Here, the material criminal conduct as such is defined solely by reference to the preceding list of acts in Article 7, paragraph 1. This approach was criticised during the Rome Conference and after, Mexico noting that an exhaustive list of acts would be required to satisfy the principle of legality. The Court itself, in its Decision on the confirmation of charges in Katanga & Ngudjolo, found it necessary to deliver a clarification (§ 448). Against this background of criticism of the ‘catch-all’ provision in crimes against humanity, it seems unlikely that the proposed ecocide definition will stand the test of strict construction, mandated by the Rome Statute itself.

It is true that, in the realm of international legislation, there is a fine balance to strike between vagueness and specificity. On one hand, if a provision is too vague, States will be unwilling to agree, fearing it will be interpreted in unforeseeable ways. On the other hand, it is difficult to obtain consensus from a significant number of States on a very specific wording, given that a more open formulation can encompass more nuances and can thus accommodate for slightly different views amongst potential signatories. In international criminal law however, the principle of legality adds another dimension to the debate, which the panel failed to address appropriately. Defining the criminal acts cannot be left to prosecutors or judges, whose sphere of responsibility is and must be limited to interpretation of the law.

The result is a highly symbolic, but impractical definition. Not listing any criminal acts is a strong (and indeed desirable!) statement that all forms of environmental harm, regardless of the nature of the act, should entail individual criminal responsibility (provided that the additional threshold requirements of the act being “unlawful or wanton” and the perpetrator having had “knowledge that there is a substantial likelihood of severe and either widespread or long-term damage to the environment being caused by those acts” are fulfilled). This symbolic statement, however, comes at the expense of legal certainty, a basic pillar of criminal law required for its justifiability and enforceability. 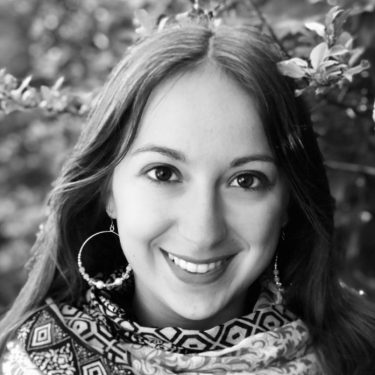 Natascha Kersting is a Senior Associate for Law and Policy at EarthMedic.