On Pavel’s Division of Labor

Central to the thesis of Carmen Pavel’s book is the claim that international law already contains the normative and conceptual resources of a global constitutional pact that she is advocating for. As far as primary rules are concerned (e.g. the prohibition of interference in the affairs of another state, jus cogens norms such as the prohibition against genocide, war crimes, crimes against humanity, and slavery), Pavel repeatedly holds that “these norms are already part of international law, but to give them constitutional level protection means to institutionalize a qualitatively different hierarchical and non-consensual status for them over state sovereignty” (p.21). International law also contains secondary rules largely usable to further that project: “international law already contains well-developed second-order rules for the creation, validity, and termination of treaties codified in the VCLT” (p.155). If international law is so well equipped, where are the shortcomings exactly located?

A Careful Division of Labor

The book’s close engagement with the foundations of international relations (IR), international law and political theory suggests that remedying the state quo requires a careful division of labor. This also seems reflected in the structure of the book: each of the central chapters touches upon the same fundamental issue through a different disciplinary lens, which makes the book’s overall contribution particularly rich and insightful. For example, according to Pavel the study of IR seems severely limited in its understanding of the “ought” – realist IR scholars should “back up their social scientific claims with a defense of the moral acceptability of the policy goals they advocate for and of the means necessary to realize them” (p.61). In turn, some foundational concepts of international law such as state consent remain problematic: “the overreliance on state consent, coupled with other features of international law, gives rise to serious structural failings in its current operation” (p.178). Equally, Pavel shows that political theory has not paid enough attention to the rival supremacy claims of international law and constitutional law (p.128).

It therefore seems that each discipline has a portion of the problem to fix – and these fixes are not just cosmetic. They pertain to some fundamental assumptions that distinguish them as disciplines (and sub-disciplines) in the first place. Yet, on further reflection, it seems that the social science of IR and the realist school in particular have a particularly entrenched problem at the level of theory and methodology. Pavel convincingly argues that realists intrude the territory of normative theorists by committing the naturalistic fallacy of inferring norms from facts: “they must elucidate how one can make the leap from explanations about how states act, to prescriptions about how states must act. In other words, they must justify how they go from a description of social facts to principles recommending (morally) right conduct” (p.69). This derives “from deploying the rational choice model applied to states prescriptively rather than merely descriptively” (p.23). And since international law already contains the conceptual and normative apparatus of a global constitutional pact, as indicated above, one could safely conclude – with the aid of the Humean framework – that challenging these social scientists’ assumptions (whether those are realist and constructivist) will unlock the intellectual route to a coherent, meaningful and effective reform agenda.

Can Political Theory Learn Something Too?

Overall, therefore, it seems political theory is the one discipline in the book that is the least subject to thorough criticism at this foundational level. And that is quite surprising – in particular, since the Humean dynamic framework encourages to combine normative and descriptive elements (“dynamic interaction among states results in a process of adaptation, learning, and change, including changing in states’ self-understanding of their preferences and interests”) (p.19). Is there anything that political theory could learn from Pavel’s endeavors?

Among the markers of (analytic) political theory in the book is the recurrent use of analogies: “just as individuals require external protections in order to exercise the internal dimension of their individual freedom, so too states cannot exercise internal sovereignty unless their external sovereignty is protected” (…)” (p.13). Or “we need a constitution and courts with compulsory jurisdiction at the international level for the same reason we need them at the domestic level: to articulate the principles and value commitments of the international community, (…)” (p. 180). While enormously useful in ironing out apparent distinctions, analogies remain illustrative of the higher level of abstraction and idealization at which the discipline is used to operate. This may come at the cost of failing to appreciate how situated actors have already attenuated the tensions identified in the book. For example, in chapter 4 Pavel explains that a central challenge to the global constitutional pact is that international law and constitutional democracy make rival claims to supremacy. Yet, a more situated approach may indicate ways in international law already navigates the tension. The European Court of Human Rights (ECtHR), which Pavel takes as an example of supranational constitutionalism (p.134) but without exploring it in detail, is governed by a regime of subsidiarity. This regime allows states (constructed as constitutional democracies) to maintain a high degree of control within the system in being the primary interpreters of the treaty, in benefiting from a margin of appreciation when the Court adjudicates contentious political and moral issues, or in choosing how to implement the Court’s  judgments. Still, the ECtHR remains the ultimate interpreter of the European Convention on Human Rights (ECHR) and enjoys compulsory jurisdiction. This regime seems to considerably nuance the alleged mutual exclusion between constitutional democracy and international law that Pavel constructs – and may explain its success as a supranational institution in the first place.

I wonder if and how the use of analogies (esp. between states and individuals) can track this complex institutional design. Subsidiarity at least in part stems from distinctively democratic and therefore inherently political considerations. This does not in any way question either the guiding tenets of the Humean approach or Pavel’s overall critical reconstruction of international law. Rather, it may invite a different ordering of the puzzle pieces by encouraging to examine and reconstruct supranational institutions in their situated and distinctive mode of operation first – and only then turn to the enterprise of evaluation proper. 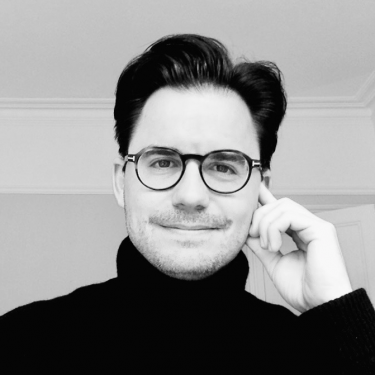