Oldie but Goodie: Resilience of the 1951 Refugee Convention 70 Years On

While many question the relevance of the 1951 Refugee Convention today, refugee protection in the EU has actually expanded in the past 30 years. In just one generation, doctrinal shifts and factual obstacles have ensured that effective protection is accessible to more persons. That this has occurred despite increasingly restrictive laws and xenophobic discourses only showcases the resilience of the Convention and its principles.

Even after 70 years, the 1951 Refugee Convention (GRC) remains as necessary as when it was first created. With almost 80 million forcibly displaced persons — more than 20 million of whom are officially deemed to be convention refugees under UNHCR protection — the need for the GRC’s offering of protection is evident. Yet, in recent years, some have questioned its relevance.

On the one hand, populist and far-right criticism questioned its main purpose and adherence to the principles the GRC stands for, namely to provide protection for the persecuted. While there exists significant pushback on national levels by populist and right-wing parties seeking to use fear of the other to vie for political power, there was also a more globally visible — albeit temporary — rejection of its principles through especially the disassociation of the US from the Global Compact on Refugees and the support of UNHCR during the Trump Administration. The resulting effect of the Declaration, rather than reaffirming the commitment to the idea of protection and aiming to better implement it, thus went in precisely the opposite direction.

But critique has also been leveled from those who value protection but consider the GRC to be outdated. New problems such as climate change and the perennial internal conflicts in certain parts of the globe produce a sizable population of forcibly displaced persons who do not fit the GRC definition. Thus, the criticism often calls for an expansion of the definition; yet, key actors, such as the UNHCR, routinely oppose that call, fearing that reopening the GRC up for negotiation may lower the standards of protection. That fear is rather justifiable: more than one refugee-receiving country has recently instituted laws aiming to restrict access to protection or to otherwise appear ‘unattractive’ to refugees.

Despite these trends and fears, however, protection — considered as the effective ability of persons to stay within a country of refuge — has actually expanded. That result becomes particularly evident when looking at the situation some 30 years ago, when the GRC celebrated 40 years of existence.

Looking Back: Refugee Protection in the ‘New’ Post-Cold War Era

The year 1991 ushered in a new era for many. With the collapse of the Soviet Union, the Cold War was officially over, and the Western ideals of democracy, rule of law, and human rights had apparently ‘won’. Germany was reunified, and the entirety of the European continent seemed poised to unify behind those basic principles with the nascent idea of a European Union. Scholars foresaw transnational cooperation leading to a greater collaboration among countries that would lead to an expansion of these principles across the globe.

Yet for others, the beginning of this new period was marred by climate disaster, economic desperation, and extensive conflict. Particularly that last one would come to mark the coming decade: whether it was the Gulf War, the civil wars in Sierra Leone and Rwanda, or the breakup of Yugoslavia, the first years of the new era produced an enormously high number of persons fleeing their homes en masse. One such group were Bosnian refugees, who were fleeing the genocidal effects of a war not seen on European soil since WWII. Most of them sought refuge on the continent, with the majority fleeing to Germany, Austria, and Sweden in particular. Yet in few states did Bosnians receive actual refugee protection.

Countries like Germany and Austria relied on the so-called attribution theory, which requires that persecution as defined by the GRC be somehow attributable to the state authority, to deny refugee status to Bosnian refugees. The argument made by decision makers and courts was simple: as there was no state authority present due to the break up of Yugoslavia, no persecutory actions (or lack of protection) could be attributed to the state. Hence the GRC definition’s requirements were not met. Germany eventually even amended its Basic Law to specifically exclude Bosnians from receiving refugee status protection. Even Sweden, the paragon of protection, considered the Bosnian refugees in need of protection but not convention refugees per se, relying on a strict application of the individuality premise of the GRC.

One of the main requirements of the GRC’s definition is that to have well-founded fear, the refugee must be personally at risk for persecution on one of the GRC grounds. Based on this principle, war refugees — and specifically civil war refugees — have traditionally been considered as falling outside of the scope of the GRC’s definition, unless they can show individualized reasons why they are ‘singled out’ from others like them. The general notion behind that idea is that war tends to create a situation of indiscriminate violence, the exact opposite of individual risk; thus, any person is subject to danger, regardless of their personal ethnic, religious, political, social, or national characteristics.

The rejection of civil war refugees as convention refugees by some countries in the 1990s, however, is an odd premise considering the context of when the GRC was created. During WWII it was precisely because persons were Jewish, gay, communist, or had other ‘undesirable’ characteristics which made them subject to persecution by the Nazi and Fascist regimes. Since at the latest 1990s — and arguably since WWII — most wars have tended to fall on the fault lines of ethnic, religious, or political strife, and thus groups belonging to an ‘opposing’ faction will be specifically targeted for such reasons. Hence, a blanket exclusion makes little practical sense today.

Some scholars argue that in the specific context of civil wars then, requiring a ‘singling out’ or individual risk is plain wrong and would, taken to the extreme, lead to paradoxical results, such as denying refugee status to persons subject to genocide (Goodwin-Gill and McAdam: 129). For that reason, more nuanced arguments point out that civil war refugees may not automatically be convention refugees, but sometimes belonging to a distinct, identifiable group that suffers persecution may actually help establish the well-founded fear of it (UNHCR: para. 165). Common law jurisdictions seem to have caught onto the underlying issue and generally consider the membership in such persecuted groups as evidence supporting the recognition of convention status (see, for example, the US rules codified in 8 CFR §208.13(b)(2)(iii)).

The Paradox of Increased Protection during Increased Restrictions

While these doctrinal matters stifled protection in the 1990s, the creation of the EU and the Common European Asylum System initially inspired hope, as the system not embedded the respect for the GRC and particularly the concept of non-refoulement, but also set criteria to ensure that all EU Member States would respect it. Moreover, the creation of subsidiary protection finally filled the protection gap by providing somewhat more lasting protection to civil war refugees subject to indiscriminate violence. Yet, looking at matters today, it appears at first glance that refugee protection is subsiding, with xenophobia driven calls to restrict protection.

Sadly, many mainstream parties, rather than countering these developments with human rights oriented measures, instead pull effective policy towards the right, resulting in the introduction of legal restrictions on refugee rights, such as reduction of benefits, and criminalization provisions for ‘illegal entry’. As a ‘least’ restrictive type of measure, they seek ways to deny permanent protection by applying EU Law provisions on temporary asylum. Such legislative restrictions denying permanent status are nothing new — in the 1990s, they were the reasons why countries such as Germany were able to expel more than 300,000 Bosnians after the end of the war, as most of them had only been granted the ‘non-status’ of Duldung.

Looking at the statistics today, however, the number of persons staying in the EU is significant. According to Eurostat, more than 2 Million persons have found refuge and protection in the EU-27 since 2015 alone.* That is about half of all protection seekers in the same period. Of those 2 million, about 1.1 Million have received convention status, while more than 600,000 are recipients of subsidiary protection.* Others have either received some form of humanitarian or national protection status.

Civil War Refugees and the Expansion of the GRC’s Definition

Curiously, among those staying most permanently are civil war refugees, specifically Syrian refugees. That they need protection is obvious; however, what form of protection is offered to them is paradoxical. The Syrian civil war, now already lasting 10 years, is a prototypical war involving indiscriminate violence. All sides of the conflict have credibly been accused in engaging in ethnic displacement, torture, or worse. The fact that there are many factions each with distinct goals only feeds into the idea that danger to human life can come any time, any where. Thus, Syrians appear to be the prime candidates for subsidiary protection.

Yet in many countries, they are the only group that receives predominantly refugee status protection. For example in contrast to Afghans, of whom only 20% received refugee status in the EU-27, 54% of Syrians received refugee status in 2020 alone.** In some of the countries hosting extremely small numbers, like Slovenia, Estonia, or Ireland, Syrians are almost exclusively granted refugee status.** Even in those with greater numbers, like Germany, Greece, and Austria at least 50% of all Syrian applicants receive refugee status, with the statistics for 2020 showing a recognition rate of 50%, 77%, and 85%, respectively.** Doctrinally this result makes little sense, unless one considers that there is currently a paradigmatic shift that has essentially expanded the GRC definition to include civil war refugees automatically, something that was inconceivable some 30 years ago.

These results are heartening for those in favor of broadening refugee and human rights protection. If within a single generation, the application of the GRC has become more inclusive, that means those who are currently still considered as falling outside its scope have hope to be included in the near future. Persons fleeing climate change may very well be able to call themselves convention refugees within our lifetime. Considering that several decades were needed, this particular change may not seem dramatic on first glance. Yet, the shift in doctrine and the rather large number of persons receiving convention status points to an expansion of both the concept of protection as well as actual protection. That such an expansion has developed despite the increasingly restrictive laws and exclusionary political discourse is even better news. It means that despite everything, even 70 years in, the GRC remains resilient and offers protection — and on the whole, that’s a good thing.

* Data was aggregated from the full Eurostat dataset on first instance decision found here; note that ultimate results may differ due to pending appeals and judicial review of rejections.

** Data was calculated from the full Eurostat dataset on first instance decision found here; note that ultimate results may differ due to pending appeals and judicial review of rejections. 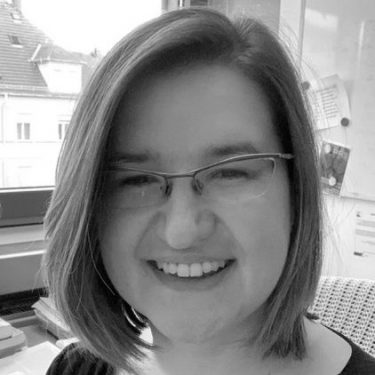 Alma Stankovic is an attorney at law in the states of California and New York as well as the District of Columbia. She has policy and litigation experience, having worked in various NGOs dealing with a broad spectrum of issues affecting refugees, immigrants, and persons living in poverty. She is currently a doctoral candidate in International Law at the University of Graz.