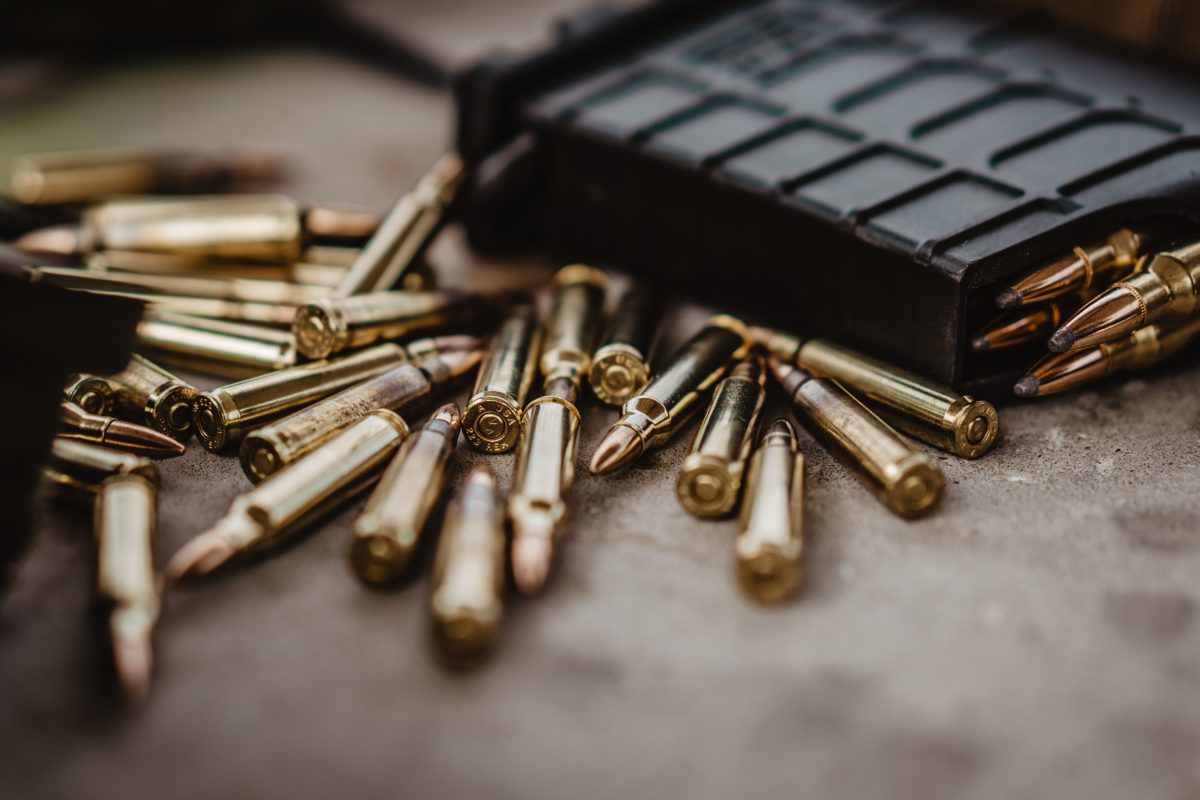 Photo by Joe on Unsplash.

The Arms Trade Treaty at Crossroads

“America is Back”! This is the central slogan of President Joseph Biden’s foreign policy and after the Trump presidency’s strains on the U.S. ties to its allies and on the international order generally, it surely shows intentions for a change of course. Biden now reaffirms the “unshakeable” U.S. commitment to NATO and makes efforts to reanimate international arms control agreements. Both the plans on extending New START and the careful advances towards Iran for an eventual U.S. re-entry into the JCPOA are elements of the renewed, although limited, liberal internationalism of Biden’s first 100 days in office. This shift in foreign policy, alongside initial executive actions taken by the administration on domestic gun control, suggests that the time is right to bring discussions about the 2013 Arms Trade Treaty (ATT) back on the agenda.

The U.S. and the ATT – Relationship Status: It’s Complicated

According to the then UN Secretary-General, Ban Ki-moon, the adoption of the ATT by the General Assembly on 2 April 2013 was “a victory for the world’s people” and “the culmination of long-held dreams and many years of effort”. The ATT constitutes the first comprehensive conventional arms control treaty and although it mainly contains obligations for exporting states, it also regulates import, transit, trans-shipment, and brokering [ATT Art. 2 (2)]. It entered into force on 24 December 2014 and to this day has been ratified by 110 states, including all EU members, the United Kingdom, and China. The world’s two largest arms exporters, the U.S. and Russia, have not ratified the treaty.

This, alongside its deficits in scope, precision, and enforcement has been a core criticism of the ATT (inter alia by former President Trump). States sought to address many of these shortcomings during the negotiations but failed to overcome U.S. resistance. The latter rendered the creation of an international enforcement body a red line and further excluded marking and tracing provisions concerning ammunition from the ATT. As a result, ammunition only falls within the scope of Articles 6 and 7 ATT which contain provisions on arms exports but are excluded from the treaty’s provisions on domestic regulation [ATT Arts. 8-12].

Besides, these articles are rather vague, requiring states to introduce provisions on trade in conventional arms in domestic law without predetermining their content, thereby leaving the treaty’s parties a considerable margin of discretion. The U.S. also insisted on including the term ‘overriding risk’ into ATT Art. 7 (3), which determines the circumstances under which an export may be authorized by a state-party. This formulation paved the way for states to perform a balancing exercise in determining the legality of an export; each state-party has the discretion to assess whether an export’s possible contribution to peace and security [ATT Art. 7 (1)(a)] overrides the risk that the respective arms may cause, e.g. for human rights [ATT Art. 7 (1)(b))]. Other states urged to replace ‘overriding’ with ‘substantial risk’ so as to limit states’ discretion during this balancing exercise, but the U.S. successfully forestalled these efforts.

All these drawbacks caused by U.S. resistance have sparked criticism, but made it possible for the U.S. to sign the ATT on 25 September 2013. President Obama handed over the treaty to Congress, but the ratification process was not pursued further under the following administration. Instead, President Trump announced the withdrawal of the U.S. signature in April 2019. Accordingly, the UN Secretary-General was notified on 18 July 2019 that the U.S. no longer intended to become a party to the ATT. Closely following the wording of Art. 18(a) VCLT, it maintained that the state relieved itself of its duty not to defeat the treaty’s object and purpose even before ratification. Subsequently, a Senate resolutiondemanding the return of the ATT to the White House was introduced but has not been voted upon yet.

Now’s the Time: Get the U.S. to Ratify the ATT…

Against the background of the current shift in the US foreign policy, the chances for involving the U.S. in the ATT seem at an all-time high. As the treaty is already signed and in Congress for advice and consent and as many of the concerns that the Trump Administration had expressed when deciding to withdraw the U.S. signature no longer apply, the time is right for other major arms exporters that already are parties to the ATT (like France, Germany or the UK) to urge the U.S. to resume the ratification process.

Indeed, the amendment proposals that supposedly were on the table for 2020 and could not supported by the U.S. have not materialized. After all, no major arms control agreement has ever been amended, making this an improbable perspective for the ATT. Furthermore, the U.S. criticism of the lacking involvement of major arms exporters like Russia and China must be qualified after China’s accession to the treaty in mid-2020. In this sense, the U.S. scepticism on the ATT is no longer entirely grounded. The Trump Administration was unequivocally right in asserting that the ATT “cannot achieve its chief objective of addressing irresponsible arms transfers if these major arms exporters are not subject to it at all”. However, it seemingly failed to acknowledge that the U.S. has itself been the world’s largest arms exporter in almost every year since 1990. The marginal contribution to the attainment of the ATT’s objectives pursuant to a U.S. ratification would hence be unparalleled by the accession of any other country.

It must however not go unnoticed that a resolution of ratification by the U.S. Senate requires a two-thirds majority. Accordingly, the votes of the 50 Democratic senators and of Vice-President Harris as a tiebreaker will not suffice. Whether there will be Republican support for ratifying an arms control treaty that inter alia regulates trade in firearms seems highly doubtful.

…or Mitigate the Negative Impact of U.S. Resistance

If an involvement of the U.S. cannot be achieved, be it due to lacking bipartisan support or due to a potential reluctance of the Biden Administration, another future pathway for a better ATT may be chosen. Its institutional regime provides a potential remedy for the lack of precision and wide margins of discretion for states The Conference of States Parties (CSP) is competent to “[c]onsider issues arising from the interpretation of this treaty” [ATT Art. 17 (4)(d)]. Such interpretive declarations will surely be useful in concretising the various vague terms of the ATT as subsequent agreements in the sense of Art. 31 (3)(b) of the Vienna Convention on the Law of Treaties (VCLT).

For instance, the much criticized ‘overriding risk’ requirement of Art. 7 (3) ATT could be authentically interpreted to mean ‘substantial risk’. This would correspond to according suggestions during the travaux préparatoires and several interpretive declarations by single states. This would also discard the currently possible balancing exercise which “flies in the face of the theory and practice of human rights”, as Andrew Clapham has rightly criticized. Such interpretive declarations by the CSP could also add valuable precision to the ATT’s provisions on domestic regulation. However, they may only be considered under Art. 31 (3) VCLT if they have been adopted by consensus or unanimous vote, as the International Court of Justice has found in its Whaling judgement.

Interpretive declarations by the CSP do have the potential to shrink the wide margins of discretion of parties to the ATT, inter alia concerning export risk assessment and domestic regulation. If the third U.S. administration since the U.S. signature of the agreement also turns out to be unsuccessful in achieving a ratification, the remaining states parties should consider leaving this objective behind. Instead, it may be wise to attempt to mitigate the harm done to the ATT’s effectiveness by making compromises to accommodate U.S. reservations during the negotiations.

The need for action to mitigate the deficiencies of the ATT is evident. Its parties are well-advised to consider it at cross-roads: they either finally get the U.S. to ratify the treaty – or abandon this idea in favour of its effectiveness for the current and potential future parties. Remaining inactive is to accept that the ATT is both deficient and inapplicable to the world’s largest arms supplier. The time seems right to tackle at least one of both issues. 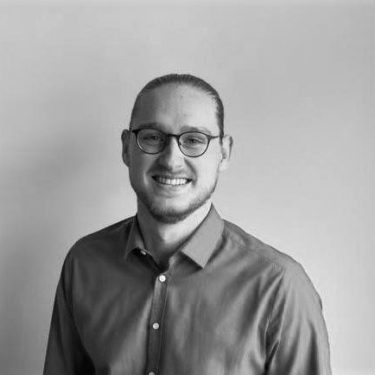 Paul Philipp Stewens is a student research assistant at the Technische Universität Dresden and an intern with the Ruhr University Bochum’s Institute for International Law of Peace and Armed Conflict (IFHV).