Indonesia, UNHCR and the 1951 Refugee Convention

Although Indonesia has not signed the 1951 Refugee Convention and is deemed unlikely to do so in the near future for a number of reasons, Indonesia has been hosting thousands of refugees over the last four decades. Outsourcing protection tasks to the UNHCR and other international and local migration organisations and charities has helped Indonesia to maintain a reputation as hospitable host. But the lack of durable solutions for refugees in situ is taking a toll. Not least as waiting times in transit endured by refugees are expanding.

Southeast Asia, which includes Indonesia, the world’s third largest democracy, is known to have the weakest normative regional framework for refugee protection of any region apart from the Middle East. Yet, currently Southeast Asia receives hundreds of thousands of refugees, with Indonesia hosting around 13,700 asylum seekers and refugees as of early 2021. Several hundred refugees have also moved on from Indonesia to seek sanctuary in neighbouring countries, such as Papua New Guinea, Australia, and further afield.

To this day, Indonesia has not signed the 1951 Refugee Convention and the 1967 Protocol. While some academics have explained the Southeast Asian countries’ reluctance to become signatory states as an outcome of Cold War dynamics, others have also pointed to the “lingering colonial atmosphere”, which engendered anti-Western attitudes to the Refugee Convention and selective responses from Western-supported institutions. Glen Peterson showed, for example, how the UNHCR in the 1950s was very concerned about evacuating refugees from China to Hong Kong (then a British colony), but paid little attention to ethnic Chinese refugees from Indonesia, tens of thousands of whom fled the anti-Chinese policies of the Indonesian government in the late 1950s/early 1960s. By ignoring the plight of non-European refugees, the UNHCR helped create an image of itself as a “colonial era’ institution” in the eyes of many newly liberated former colonies, such as Indonesia. Even the 1967 Protocol, which extended the mandate of the UNHCR beyond Europe, failed to end the Southeast Asian nations’ perceptions of refugee law as Eurocentric.

Despite their reluctance to accede to the Refugee Convention, Southeast Asian nations, particularly Thailand, Malaysia and Indonesia, soon had to host large numbers of from Indochina – Vietnam, Cambodia, and Laos – where the establishment of communist governments in the late 1970s triggered the exodus of around three million migrants and refugees over the next decade. None of the Southeast Asian countries was eager to provide durable solutions for the refugees, preferring to leave the resettlement of refugees to Western nations. On condition that all costs for their temporary residence would be covered by the UNHCR, Indonesia offered one of its 17,000 islands as a temporary shelter for Vietnamese refugees until they could be resettled in the USA, Canada, France and Australia. In 1979 the UNHCR started working in Indonesia, after being invited by the Indonesian government to help establish a refugee camp on Galang Island to accommodate more than 170,000 refugees from Vietnam and, later, from Cambodia. In the late 1980s the number of new arrivals surged again, testing the patience of temporary host countries and requiring the negotiation of a new international agreement, the Comprehensive Plan of Action (CPA). Although the CPA became a blueprint of transregional cooperation for refugee protection, the perception that refugee resettlement is an obligation of the “international community” still prevails in Southeast Asia.

While the Indochinese refugees were at the centre of global attention in the mid-1970s, Indonesia also had to deal with an influx of 40,000 refugees from the former Portuguese colony of East Timor, which was on the brink of civil war. However, before they could enter Indonesia, the Indonesian government required the East Timorese refugees to sign petitions in support of the integration of East Timor into Indonesia. The violent annexation of East Timor in 1976 and the brutal occupation that followed caused a small but steady stream of refugees. Apart from those who managed to flee to Australia and Europe, the East Timorese were considered Indonesian citizens after 1976. In 1999, when Indonesia allowed for a referendum to be held, most East Timorese rejected special autonomy within Indonesia and voted for independence. Violence erupted after the referendum, again causing a major inflow of refugees into Indonesian territory. In early 2000, about 250,000 East Timorese refugeeswere dispersed across more than 200 camps in West Timor, Indonesia.

In addition to processing and resettling refugees, one of the key tasks of the UNHCR in Indonesia has been to encourage Indonesia’s accession to the 1951 Refugee Convention and the 1967 Protocol. In May 2006, when Indonesia became a member of the United Nations Human Rights Council, it pledged to ratify both instruments. To achieve this the UNHCR drafted a 10-Point Plan in 2007, intended to guide Indonesia’s transition towards becoming a signatory to the 1951 Convention and assisting the development of a mechanism to address effectively problems relating to the protection of refugees and mixed migration flows. By listing the Refugee Convention in its five-year National Legislation Program (2005-2009) the Indonesian government further signalled its intention to sign the convention, but nothing happened. Despite the repeated assertions that it would ratify the Refugee Convention, Indonesia let the plan fall off the agenda.

Where to From Here?

The likelihood of ratification further decreased with the election of a new president in 2014. The anticipated high cost of installing a domestic refugee-processing mechanism is cited as the main disincentive. Indonesian state representatives insist that temporary protection for asylum seekers and refugees in Indonesia is already sufficient because, although Indonesia is not a signatory of the convention, it follows it in principle and in spirit. Chances of Indonesia becoming a signatory to the Refugee Convention have continued to decrease. Indonesia’s politicians see little value in acceding to a Convention it perceives as widely disrespected by its signatories. This perception has been cemented particularly by the poor example that Australia – a signatory – has provided by externalising its obligations for refugee processing and by illegally pushing refugee boats back to Indonesia.

Instead of pushing the Indonesian government to sign the Refugee Convention, a small group of progressive scholars and activists are now advocating for better and more durable treatment of refugees in Indonesia, which would require a more comprehensive domestic framework for refugee protection to be established. A step in the right direction was the implementation of the Presidential Regulation No 125/2016 on the Treatment of Foreign Refugees. In this instrument Indonesia adopted for the first time a definition of a refugee that mirrors that in the Refugee Convention. While Indonesia still does not offer local integration as a durable solution to refugees, the Presidential Regulation might be seen as an opportunity to develop a more detailed refugee law for Indonesia. The decrease in the availability of resettlement places around the globe might further spur such a development because Indonesia, whether it likes it or not, has become a long-term host country for refugees. 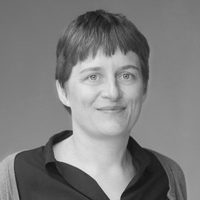 Antje Missbach is Professor of Migration and Mobility at Bielefeld University and a co-investigator on Australian Research Council grant DP180100685 on ‘Indonesia’s refugee policies: responsibility, security and regionalism’.