Challenges of a new paradigm

In view of the failure of the criminal justice systems, which have been unable to make effective progress in the investigation and search for disappeared persons, a new model of non-judicial institutions charged with these searches is emerging. What challenges does the new paradigm face?

A response to a generalized failure

A new paradigm is emerging in the field of protection of persons from enforced disappearances. In recent years, different countries have developed non-judicial humanitarian institutions for the purpose of searching for the disappeared. These units were created by law or as a result of peace agreements, usually in the context of transitional processes, and exist today in states that are facing disappearances on a large scale, such as Mexico, Colombia, Peru, El Salvador, The Gambia, Sri Lanka or Cyprus. However, this type of common responses is not the product of mere coincidence but can be traced back to claims of relatives of the disappeared or to recommendations by international human rights protection mechanisms.

This common sense in public policies in this area has been materialising as a response to a generalised failure, that of the penal systems. Enforced disappearances are one of the most serious crimes and thus usually entrenched in criminal codes – provided they are specifically criminalised as such, otherwise other, less adequate penal provisions are applied. Thus, it is the criminal justice system that naturally intervenes when facts relating to disappearances are reported to the authorities.

Criminal systems have failed roundly to intervene in cases of enforced disappearances for various reasons. In some contexts, this has been due to legal obstacles such as the proliferation of amnesties, pardons, the use of statutes of limitation or exemptions from due process. In others, the failings are caused by so-called ‘de facto impunity’, resulting from the lack of independence of officials in charge of investigations, political pressure; threats, harassment of judges and prosecutors or even the murder or disappearance of witnesses, activists and family members; the destruction of evidence; the conduct of fraudulent investigations or the lack of resources (WGEID, 1994 Annual Report, para. 63-63).

These failings are also product of the inherent inability of penal systems to investigate crimes committed by the state itself such as enforced disappearance, which by definition carries impunity. This is particularly the case in those countries where the weakness of state institutions allows for large-scale disappearances. In fact, two of its constitutive elements (reflected in article 2 ICPPED), the involvement of state officials and the concealment of the victim’s whereabouts, create contexts that make accountability difficult. In addition, these criminal systems are generally designed to prosecute simple crimes, such as crimes against property or those committed by people who are vulnerable to the State’s own punitive power (2006 Zaffaroni, Alagia, Slokar, pp. 13-15). Thus, those systems do not have the capacity to address complex crimes committed by military, security, or intelligence authorities.

Impunity for enforced disappearances has been a subject of constant discussion. The UN Working Group on Enforced and Involuntary Disappearances (WGEID) worked on the issue in its 1993 Annual Report after a public consultation. The many contributions to the debate include the “1997 Louis Joinet Principles“ (updated in 2005) or the “1991 Minnesota Protocol” (UN Manual on the Effective Prevention of Extra-legal, Arbitrary and Summary Execution). 27 years later, the Working Group decided to return to the issue of impunity in its last thematic report of 2020 on Standards and Public Policies for an Effective Investigation of Enforced Disappearances, convinced that there are states willing to investigate enforced disappearances but that require assistance in dealing with the described forms of impunity. This report was also adopted as a complement to the Guiding Principles for the Search of Disappeared Persons developed by the Committee on Enforced Disappearances (CED).

This context, aggravated by the passage of time, has also been on the other side of the stage for the development of the extortionate idea that family members should opt themselves to search for their loved ones or to obtain justice, a concept that is normally a representative aspect of the investigation and punishment of those responsible. This development is nothing less than the naturalization of the conditions that trigger impunity, de jure and de facto.

One of the central challenges of this new paradigm for the development of non-judicial institutions for the search of the disappeared is the coordination between these new entities and the judicial authorities in charge of criminal investigations. Experience shows that both need to respectively provide feedback. The information produced regarding the perpetrators is always valuable in guiding the search. For example, if the modus operandi to conceal the disappeared person used in a given context is known, it is essential to move forward in the investigation of the perpetrator. Additionally, finding the disappeared person is also a determining factor in advancing in the establishment of the responsibility of the perpetrators. If the victim is found alive, their testimony will be the best evidence to reconstruct the facts. If the body is found, the place of disposal and the result of the autopsy or forensic anthropology studies are also often key.

The problem of the potential lack of coordination, which is related to the new paradigm, has been addressed both in the Committee’s Guiding Principles (Principle 13, para. 2) and in the Working Group’s thematic report (paras. 54 to 56), and has also been the subject of discussions among experts. Preliminary responses to this problem include recommendations to give normative formality to the coordination and delimitation of functions between the institutions in charge of the search and the criminal investigation. This delimitation is intended to guarantee transparency and to avoid the conflicts of competencies, which always play against efficiency, and therefore against the victims. Likewise, it is necessary to ensure the interoperability of the databases of the different bodies to avoid possible overlaps. Enhancing cooperation and communication also allows to avoid victims from having to repeat the same stories countless times in different public offices, which usually leads to re-victimisation.

Some of the entities responsible for the search may have an incipient claim to be authorised to carry out certain measures to produce evidence; it is traditionally the responsibility of the judicial authorities. Resolving conflicts in advance, instead of sweeping the arising tensions under the carpet, is not only a recommendation when it comes to the effectiveness of these public policies, but also a moral imperative in the face of the suffering of the victims that is prolonged over time.

It is also important to consider whether in certain realities, the development of these new search policies may imply in fact the abandonment of any expectation to fight against the impunity of enforced disappearances. The answer from the international human rights law’s perspective, that is to say from the point of view of how it should be, is categorically negative.

Beyond the value of justice, it seems increasingly evident that, in those countries where no serious progress has been made in investigating and punishing those responsible, disappearances or other serious human rights violations have not been stopped. As long as impunity prevails, it seems very difficult to reform from the roots those state institutions that commit or participate in enforced disappearances – which would be the real solution to stop this crime. Thus, the often-claimed ‘dichotomy of truth or justice’ appears to be mere fantasy, since both are in fact closely linked.

Of course, it seems necessary in this context to ask whether this type of institutional model for the search of disappeared persons can be applicable not only to enforced disappearances initiated in the past but also to disappearances that occurred recently. If it is not the new extra-judicial institutions that will be charged with the search, which ones should it be then? The same criminal justice systems that have failed in the past? Has the modernisation operated by the emergence of adversarial judicial models in many Latin American countries generated a different context, or will new extra-judicial institutions have to be created in the future in view of new failures?

These questions seem in dire need for an answer.

Views expressed in this contribution are not representing the institution or organisation that the author may be associated with. 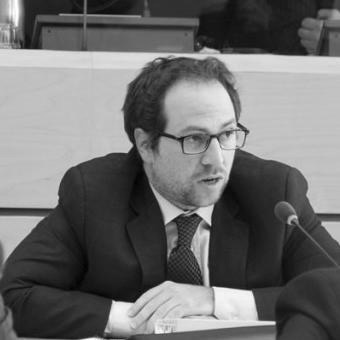