My story: a case of enforced disappearance

My name is Raza Mahmood Khan and I have been disappeared for seven months.

I am a peace educator and have worked actively with children across the border of India and Pakistan, with the aim of transforming the narrative of enmity and hatred in everyday cultural spaces. In 2017, I registered with some youngsters an organization called “Hum Sab Aik Hain” (lit. we are one, Urdu) with the objective of promoting peace and harmony. In May 2017, I became a convener for “Aaghaz-e-Dosti” (lit. beginning of friendship), a friendship initiative through joint collaboration of two NGOs, Mission Bharatiyam of India and Hum Sab Aik Hain of Pakistan. The aim of this initiative is to create a people-to-people contact and to raise concerns of the common enemies that South Asian countries are facing, such as climate change, poverty, growing intolerance, and other social issues.

I have also been engaged with the community as an active member of Awami Art Collective, which aims to intervene in the public space for the cause of peaceful co-existence & celebration of diversity. I have also worked extensively in the field of research revolving around Social Issues.

On the evening of the 2nd December 2017, I was abducted by state forces on my way back home after organising a discussion against the rising extremism in Pakistan. In Pakistan enforced disappearance has a long history and people from different backgrounds are subject to this state violence. My case was taken up by renowned international human rights organisations such as Amnesty International, Asian Human Rights Commission, Frontline Defenders, and the International Commission of Jurists. There were several protests demanding my release in several cities in Pakistan, in the USA, UK, Germany (organised by Amnesty International), and Sri Lanka.

My case was taken up at the Lahore High Court and very fortunately was represented by renowned lawyer-activist (Late) Asma Jahangir. The court auditioned the intelligence agencies, which kept denying their involvement. In April 2018, the High Court dismissed my case, mainly on the grounds that the case was also lodged with the Commission on Enforced Disappearances, a toothless commission ruled by intelligence agencies such as the Military Intelligence (MI) and the Inter Services Intelligence (ISI), which are themselves involved in the unlawful abduction of people.

After having been missing for seven months, I was released in July 2018. My release was however tied to several conditions: I had to work for the intelligence agencies as a spy. I had to continue my community work and report about the work and my team members. I would never be able to leave the country and wasn’t allowed to speak to the media or anyone about what had happened.

Given my ordeal and the risk that I and my family and friends were facing, I have never publicly talked about those seven months. Those months were stolen from me because of my engagement in favour of peace and human rights, and my questioning the state’s official narrative of the political situation. During those seven months, I was kept in solitary confinement. I was tortured both physically and mentally.

After coming back, I isolated myself from all the work that I had been doing and tried to start afresh. Unfortunately, my ordeal was not over. The intelligence agencies were still after me, trying to pressurize me to work for them. In August 2018, one month after my release, they called me to Islamabad, capital of Pakistan, to meet them. Despite having lost my job and living with a trauma, I tried to go on and to uplift my spirits. I got married to a friend in September 2018. During all this time, I was getting regular calls from the intelligence agencies. I feared for my wife’s and my own life. I decided to leave Pakistan at the earliest possible.

I believe my socio-economic background made me vulnerable enough to be picked up and then it became impossible to escape. I knew that the intelligence was still after me, but I neither had the social capital nor the financial means to resist them. I wasn’t able to leave the country. Finally, my wife was able to secure us an invitation to Sweden, having worked with a Swedish organisation for some years. Initially, our visas were rejected, but in the end, we managed to secure a visa.

In November 2018, my wife and I left Pakistan. I left with mixed feelings. I was afraid, sad, angry and happy. Afraid of being caught at the airport, sad because I left my beloved people and country which I dreamt to be peaceful one day or other, angry because my entire life had been changed and ruined by the Pakistani Army. Despite that, I was also happy because I was able to start a new life without any fear. 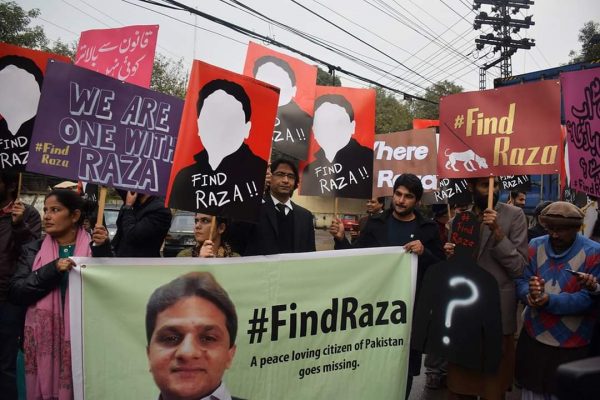 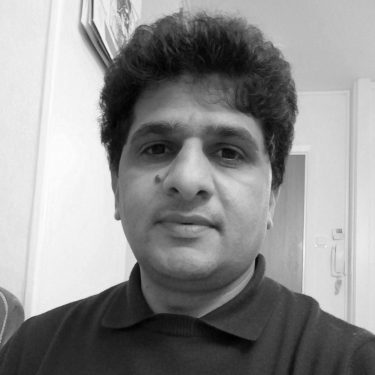