Mens Rea and the Proposed Legal Definition of Ecocide

This June, a panel of international experts revealed a proposed legal definition for “ecocide,” with the hopes that this crime eventually can be included in the Rome Statute and heard by the International Criminal Court.

Over the past decades, several different definitions of ecocide have been proposed, with different mens rea requirements. For example, advocates like Polly Higgins and Mark Gray proposed “ecocide” as a crime of strict liability, regardless of intent – stating this was necessary to prevent corporations from harming the environment as a part of business. Other models (see here), proposed the crime as requiring direct intent, and limited to acts of ecocide committed during wartime or military actions. Examples of “ecocide” can run the gambit from industrial accidents, where no fault applies, to deliberate destruction of the environment. So, what mens rea was finally proposed in June, and what types of “ecocide” could be covered in this provision?

This is the ecocide definition the Panel proposed: Article 8, Ecocide

“For the purpose of this Statute, “ecocide” means unlawful or wanton acts committed with knowledge that there is a substantial likelihood of severe and either widespread or long-term damage to the environment being caused by those acts.

2. For the purpose of paragraph 1:

a. “Wanton” means with reckless disregard for damage which would be clearly excessive in relation to the social and economic benefits anticipated…”

The proposed ecocide crime includes a mens rea intent in two places: the perpetrator acts “with knowledge that there is a substantial likelihood (…) of damage to the environment being caused by those acts” and that he/she acts “wantonly,” i.e. with “reckless disregard”, for the damage. So the perpetrator does not need to specifically intend to harm the environment; it is enough that he acted knowing there is a “substantial likelihood” of ecocide. This mens rea, “acting with substantial likelihood” of harm, comes closest to the principles of dolus eventualis, or recklessness.

The ecocide article includes a mens rea of “dolus eventualis,” where an individual acts knowing there is a “substantial likelihood” of harm to the natural environment. However, this mens rea requirement differs substantially from the rest of the Rome Statute. Article 30 lays out the default “mens rea” provision for the Rome Statute; this Article states that the perpetrator is criminally liable only if he commits the material elements of the crime with “intent and knowledge” (para. 1). Both “intent” and “knowledge” are defined in the article. “Intent” means that the person “means to engage in the conduct” (para. 2(a)) and either intends to cause a certain consequence or is aware that the consequence “will occur” in the ordinary course of events (para. 2(b)). “Knowledge” is further defined as “awareness that a circumstance exists or a consequence will occur in the ordinary course of events” (para. 3).

The language of Article 30’s “intent and knowledge” provision covers the mens rea of “dolus directus” (“intended to cause a certain consequence”), and “dolus indirectus (“acts with awareness that the consequence will occur”). However, because it does not include cases where the perpetrator simply acts recklessly, or acts in spite of a likelihood of harm, Article 30 would not cover cases where the perpetrator acted with “dolus eventualis.” The proposed law of ecocide could not be included under Article 30’s default mens rea; acting with “substantial likelihood” of environmental harm would simply not fit under Article 30’s mens rea, which requires either a direct intent to harm or knowledge that the harm will occur in the ordinary course of events.

However, would having a lowered mens rea requirement make it more difficult for the ecocide provision to pass? How much of an anomaly is this mens rea for the ICC? It is worth comparing the “ecocide” mens rea with the other four core crimes listed in the Rome Statute (War crimes, crimes against humanity, genocide, and aggression.) Do any of the other core crimes include a lowered mens rea requirement? In fact, the general crimes of aggression, war crimes, crimes against humanity do follow Article 30’s mens rea requirements, while genocide requires an even more specific intent (to destroy a national, ethnic, racial or religious group, Article 6 Rome Statute).

Article 30’s mens rea requirement applies whenever the crime’s elements itself do not include a mental element (Elements of Crimes, p. 1); so many provisions that simply list a prohibited act (i.e. taking of hostages) would require Article 30’s mens rea of intent and knowledge. The Rome Statute includes a lower mens rea in only two areas, and these provisions have to do with commander responsibility and military wartime actions.

First, a military commander can be held responsible for the actions of the troops under his command, even if he did not intend a certain harm to occur, if he should have known the forces were committing a crime and failed to take reasonable steps to prevent or prosecute the crime (Article 28 Rome Statute). The war crime of using child soldiers applies if the commander should have known the soldier was a minor (Elements of Crimes, p. 21). Both of these provisions hold military commanders criminally responsible under a lowered mens rea standard of “negligence,” and do not require any intent.

Civilian superiors can also be held criminally responsible for the acts of their subordinates. Article 28 states that a civilian leader is liable where “the superior either knew, or consciously disregarded information which clearly indicated that the subordinary were committing or about to commit crimes,” the actions were within the responsibility and control of the superior, and the superior failed to take necessary steps to prevent or prosecute the crime (Article 28(b) Rome Statute).

This crime requires a higher mens rea than that of military commanders; not just that the superior “should have known” (negligence) but that the superior did know, or consciously disregarded information about the crime. Unlike military commanders, civilian superiors must have a level of intent – either knowing or willfully ignoring information (willful blindness). This “willful blindness” standard means that superiors can be responsible if they were aware of the risk of criminal acts by their subordinates, but consciously ignored it. This provision’s intent corresponds to a mens rea of “dolus eventualis,” intentionally acting in spite of the known risk of harm. The civilian superior provision thus has the closest “mens rea” to the proposed crime of ecocide. Indeed, it seems to be the only place in the Rome Statute where a mens rea of “dolus eventualis” is included in the Statute.

However, in the vast majority of provisions, a mens rea of “intent and knowledge” does apply, which would require that the individual acted either intending the harm (dolus directus) or knowing the harm will occur in the ordinary course of business (dolus indirectus). Given this backdrop, the proposed crime of ecocide would be an anomaly, and introduce a very different type of mens rea into the Rome Statute.

The ecocide definition includes another specific mens rea for “wanton” acts; defining wanton as: “reckless disregard for damages which would be clearly excessive in relation to the social and economic benefit anticipated.” This again indicates a mens rea of “recklessness,” or “dolus eventualis.” It includes a proportionality test and finds that a person acted “wantonly” when the environmental damages are “clearly excessive” to the anticipated benefits.

The Rome Statute includes “wanton” in one other place; in its definition of war crimes, for the destruction or appropriation of property. However, this word does not allow for a lowered mens rea of “recklessness” or “dolus eventualis.” The ICC has held that Article 30’s general mens rea requirement of intent and knowledge applies to this war crime, and a “wanton” act requires a “dolus directus” intent to destroy property in excess of military necessity.

The Drafting Panel states that a number of aspects of the ecocide definition are drawn from an existing Rome Statute provision – Article 8(b)(iv), the war crime of environmental destruction – while it sought to expand the scope to peacetime acts. Article 8(b)(iv) incorporates a similar proportionality test; making environmental destruction a war crime when it is “clearly excessive” to the military goals. However, the existing war crimes provision contains the general mens rea of intentional action (“Intentionally launching an attack in the knowledge that such attack will cause…damage to the natural environment.”) (dolus directus or indirectus). So, while it is true that the language of the ecocide provision is similar to the existing war crime provision, the mens rea of the ecocide statute would be completely different (dolus eventualis) and more expansive.

In its commentary, the Panel stated that it proposed the lowered mens rea standard of “dolus eventualis” for ecocide because Article 30’s default mens rea would not capture conduct with a high likelihood of causing severe damage to the environment. And indeed, many commonly cited examples of “ecocide” aren’t the result of deliberate targeted environmental destruction, but of individuals acting recklessly (or with dolus eventualis) to further their goals without regard to the substantial risk of environmental harm. The lowered mens rea in the ecocide definition could potentially cover examples of catastrophic industrial accidents, oil spills, nuclear meltdowns, etc. where a perpetrator acted knowing there was a substantial likelihood that harm could occur.

In creating a more expansive mens rea, the Panel’s definition covers more types of conduct, but potentially could cause more objections as well. The original Rome Statute drafters considered a mens rea of “dolus eventualis,” but eventually settled on a general mens rea of “intent and knowledge” for the core crimes. Given that a mens rea “dolus eventualis” was rejected in the original Rome Statute, an attempt to include a new provision with this intent could provoke additional difficulties. The ecocide proposal is promising, but because the lowered mens rea requirement differs from almost all other articles of the Rome Statute, this mens rea standard could create additional obstacles to passage. 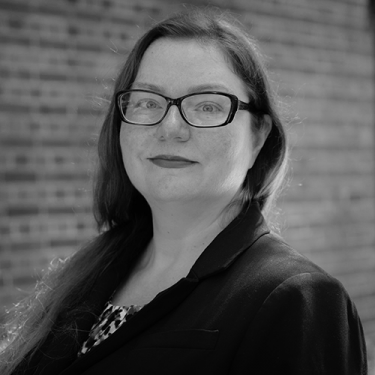 Anastacia Greene is the Immigration Clinical Fellow with the University of Florida, Levin College of Law. She previously served as the Supervising Attorney at John Marshall Law School’s Pro Bono Clinic and has worked as an attorney representing low-income clients with legal aid agencies.