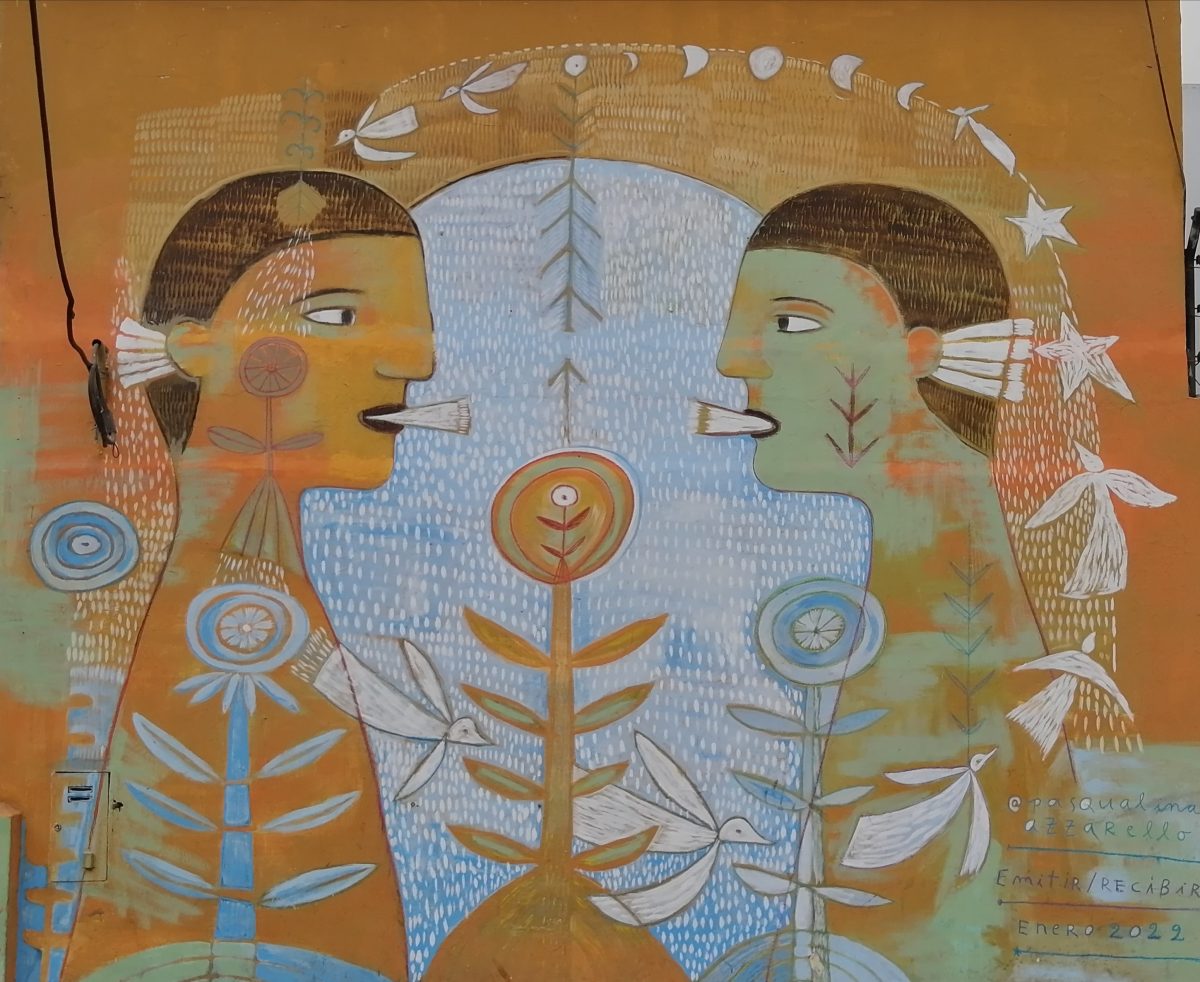 Photo (of Pasqualina Azzarello’s artwork emitir/recibir) courtesy of the author.

Media Pluralism in the Americas

The Right to Community Radio Broadcasting

In its first judgment on community radio broadcasting, notified on 17 December 2021, the Inter-American Court (Court or IACtHR) indicated that states are obliged to guarantee access to radio broadcasting for different social sectors regardless of their economic status to effectively reflect the pluralism existing in society.

While the IACtHR has an extensive jurisprudence on indigenous peoples’ rights’, the Case of the Maya Kaqchikel Indigenous Peoples of Sumpango et al. v. Guatemala marks the first time that the Court recognizes their right to establish and use their own methods of communications, including radio stations. The Court thereby adds a new layer to the right to self-determination of indigenous peoples by going beyond traditional questions relating to their ancestral lands and natural resources and including the collective right to freedom of expression.

So far, the judgment is only available in Spanish. This post gives a brief overview to highlight its impact on the development of indigenous rights and to situate it into the broader historical context (all translations are my own).

To understand the structural impediments for community broadcasting in Guatemala, the Court analysed two related but distinct aspects: First, the impact of Guatemala’s regulatory framework and second, the criminal prosecution of community radio operators who had been broadcasting without license.

The main legal instrument regarding radio broadcasting in Guatemala is the General Telecommunication Law (LGT), which establishes public auction as the only means to award radio frequencies (in case there are several interested parties) and the highest price as the only determinative criterion. Thus, the law establishes that ‘the frequency will always be awarded to the person offering the highest price’ and explicitly precludes ‘any administrative or judicial appeal other than those based on the fact that the auctioned frequency was not awarded to the highest bidder’ (Articles 61 and 62 LGT).

Against this background, several indigenous communities proceeded to operate their radio without license, among them those recognized as victims in this case. Two of them were subject to criminal proceedings (‘Ixchel’ and ‘La Voz del Pueblo’). Their transmission equipment was confiscated and members of the communities were prosecuted for ‘theft’, which is punishable by a prison sentence of one to six years (Article 246 Guatemalan Criminal Code, radio frequencies being treated as a ‘movable good’ and ‘state property’). The two affected stations stopped broadcasting for at least several months: Radio Ixchel had to collect funding for new equipment and the prosecution spread fear among community members to continue participating in broadcasting activities (para. 60). Radio La Voz del Pueblo, on the other hand, abandoned transmission altogether after a second raid (para. 61).

Public Auction as a Discriminatory Means to Distribute Radio Frequencies

The Court had recognized before that the right to freedom of expression (Article 13 ACHR) requires media pluralism, i.e., media which are ‘potentially open to all without discrimination or, more precisely, that there be no individuals or groups that are excluded from access to such media’ (para. 34 of Advisory Opinion OC-5/85). Similarly to the European Court of Human Rights, the IACtHR indicated that the obligation to guarantee pluralism includes the positive obligation to establish adequate ‘laws and public policies that democratize access’ to media (para. 91).

For the first time the Court applied this obligation to the situation of indigenous peoples and concluded that the obligation ‘necessarily implies a right of indigenous peoples to be represented in the different areas of communication’ (para. 92). The Court made clear that different social sectors should be represented in domestic media, including marginalized and socially excluded groups. By recognizing indigenous peoples as distinctive right holders the Court also recognized the collective dimension of the right. This is important as it acknowledges the collective character of the broadcasting activities and allows for an adequate representation according to their form of organization.

The Court concluded that Guatemala’s regulation, despite appearing superficially neutral and non-discriminatory, ‘favours exclusively commercial, for-profit radio’ and ‘fails to guarantee a plurality of voices and media diversity’ (para. 142). By excluding non-profit radio, it especially excludes indigenous community radios, which, generally, do not pursue economic goals (para. 103). The Court also recalled that ‘the rate of extreme poverty among the indigenous population is three times higher than that of the non-indigenous population’ (para. 36). Therefore, establishing an economic factor as sole criterion perpetuates the persisting and historical discrimination of indigenous peoples. The Court thus concluded that the law ‘promotes, in practice, indirect discrimination and a de facto impediment to indigenous peoples’ exercise of freedom of expression’ (para. 149). Consequently, Guatemala failed to comply with its obligation to ensure media pluralism (Article 13 ACHR) as well as to guarantee material equality (Article 24 ACHR) of the affected communities compared to wealthier sections of society.

Beyond the specific case, the IACtHR’s decision recognizes that ‘highest bidder’ procedures, which link the ability to exercise rights exclusively to financial power, cannot fulfil a society’s obligations toward just representation of all its members.

Furthermore, the criminal prosecution of the two community radio stations for operating their radio without license did not comply with any of the requirements established in Article 13(2) ACHR. Instead, the Court recognized that the situation was indirectly generated by the state itself and that the criminal prosecution ultimately amounted to a complete deprivation of the right to freedom of expression of the affected communities (para. 170). This is an important clarification, as at least 90 persons have been convicted on this basis for using radio frequencies without a license (see already and para. 57 of the judgment).

The Right to Cultural Self-Determination

It is worth noting that the right of indigenous peoples to establish and use their own media were not only based on the right to freedom of expression and non-discrimination, but also on their cultural rights and their right to self-determination (para. 95).

The Court noted that since radio stations are often the only means of communication available and are fundamental to transmit traditions and indigenous languages from one to another generation, they are ‘an indispensable element to promote their identity, language, culture and self-representation’ (para. 128) and essential for their cultural survival (para. 154).

Unfortunately, the right to self-determination, on the other hand, and especially its cultural dimension in question here, was not further elaborated upon. Para. 95 remains the only time the right is mentioned.

Referring to the right is still an important recognition as it sheds light on the deeper issues at hand. Its invocation is therefore worth some explanation. By virtue of the right indigenous peoples ‘freely determine their political status and freely pursue their economic, social, and cultural development’ (common Article 1 of the International Covenant on Civil and Political Rights and the International Covenant on Economic, Social and Cultural Rights and Article III American Declaration on the Rights of Indigenous Peoples). The right is known for being a ‘foundational right, without which indigenous peoples’ other human rights, both collective and individual, cannot be fully enjoyed.’ (A/HRC/12/34/Add.2, para. 22).

In this context, referring to the right acknowledges that indigenous people’s access and representation in media is closely intertwined with their struggle for their own institutions, cultural self-representation and political participation.

This has been well described by Lorie Graham in her expert opinion: ‘[T]he political, economic, social and cultural development of indigenous communities, as well as their participation in state decision-making processes, can be facilitated by indigenous media […]. By ensuring the free flow of information and the facilitation of communication at the community level, Indigenous Peoples can work to strengthen their political status vis-à-vis the state, while pursuing their own vision of economic, cultural and social development’ (para. 47).

It is therefore hoped that the recognition of indigenous peoples’ right to operate their own community radios becomes a catalyst for the further recognition of their rights and their inclusion in society.

Finally, the case has an important historical dimension, as Mayan indigenous people have been the most affected ethnic group during Guatemala’s domestic armed conflict (1960 to 1996), including victims of genocidal acts (see Commission for Historical Clarification). Although the Court acknowledged that the conflict also had an impact on cultural practices (see para. 37) it did not clarify that community radio itself had been a target. Radio stations operating in indigenous languages were monitored and some of the operators murdered for being linked to the insurgency (see Commission for Historical Clarification, paras 2821-23 and an overview here). It has therefore been noted that there is, in fact, a ‘continuity between the modern criminal repression of community radio and the former military repression of community radio’. Many national proceedings for human rights violations during the armed conflict are still ongoing (see e.g.) and clearly depend on community organization. As stated by Walter Cuc, director of the Guatemalan Federation of Community Radios (FGER), a radio that had been censored during the armed conflict, ‘radio is a fundamental instrument for change […] we use it to empower people and tell them that they have rights’. 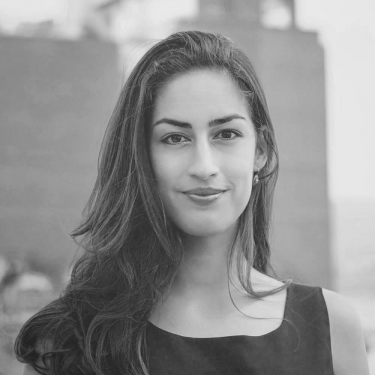 Anna Kohte (LL.M.) is a PhD candidate in public international law at the Chair of Prof. Dr. jur. Thomas Giegerich (Europa-Institut at Saarland University) and currently conducting a research stay at the Institute of Juridical Research of the National Autonomous University of Mexico, Mexico City.