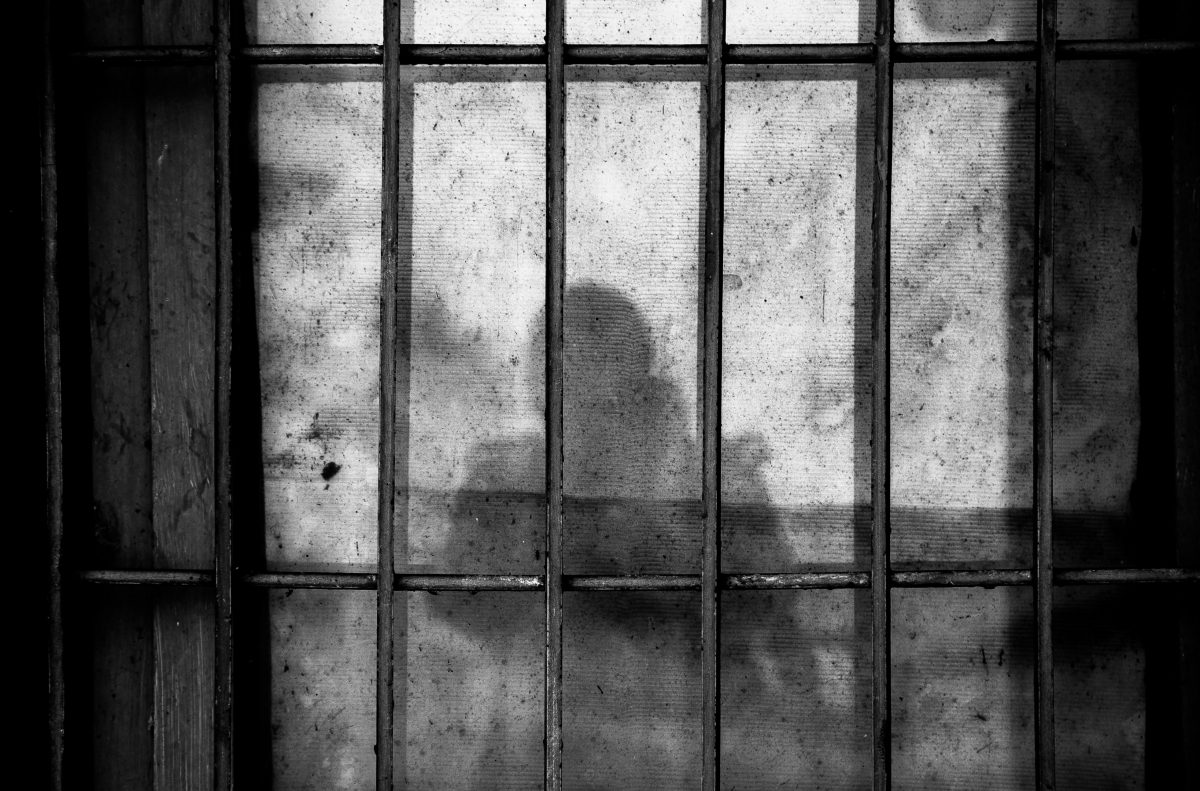 On Recent Developments Concerning Prisoners’ Rights under the ECHR

Prison inmates are inherently subject to far-reaching interferences with their civil rights and liberties. Still, states increasingly tend to exceed their legal boundaries by imposing additional restrictions on them. Consequently, prisoners’ rights are an often-debated topic before the European Court of Human Rights. While the European Convention of Human Rights (ECHR) has proven to offer quite comprehensive protection against such interferences, a proposed bill by the Danish government could set a particularly far-reaching European precedent of disproportionate restrictions. By restricting online, phone and letter contacts of long-term inmates to people they already knew before they entered prison during the first ten years of their sentence, the bill targets one of the most intimate spheres of private life: romantic relationships. Provoked by public outcry after a 17-year-old girl publicly confessed her love for murderer Peter Madsen, the bill is set to enter into force next year and aims to prevent jails serving as “dating centres”.

By preventing the prisoners only from building new relationships while allowing them to stay in touch with their established social net, the bill raises questions that go beyond the established jurisprudence of the ECtHR, which so far primarily concerned contact restrictions vis-à-vis family members.

In its most recent judgement on prisoners’ rights in the case of Danilevich v. Russia of 19 October 2021, the ECtHR recalled that “during their imprisonment individuals continue to enjoy all fundamental rights and freedoms, save for the right to liberty” (§ 45). It is apparent, however, that restrictions on prisoners’ liberty go hand in hand with restrictions of their private and family life under Article 8 ECHR. Danilevich, for example, was only entitled to two short-term visits per year and to telephone contact with his family in exceptional circumstances (§§ 22, 24). The Court had already ruled several times that measures limiting prisoners’ contacts to their family or other close persons fall within the scope of Art. 8 ECHR, the right to respect for one’s private and family life, and must be justified (Kungurov v. Russia, § 16).

States typically have no difficulty substantiating that their measures pursue one of the legitimate aims enumerated in Article 8(2) ECHR, i.e. public safety, the economic well-being of the country, the prevention of disorder or crime, the protection of health or morals, or the protection of the rights and freedoms of others. The pertinent question therefore usually is whether the restrictions were “necessary in a democratic society”, Article 8(2) ECtHR. According to the established jurisprudence of the Court, this is the case when an interference is “relevant, sufficient and proportionate to pursue the legitimate aim“ (Z v. Finland, § 94). Although states enjoy a certain margin of discretion when invoking justifications, they must demonstrate the existence of a pressing social need behind the interference (Piechowicz v. Poland, § 212).

Thus, although the ECtHR has confirmed that restrictions on the prisoner’s ability to maintain contact with the outside world are not per se incompatible with the Convention when based on legitimate grounds (Kyriacou Tsiakkourmas and Others v. Turkey, § 303), such measures are subject to a strict proportionality test. Hereby, “the increasing relative importance of the rehabilitative aim of imprisonment” must be kept in mind (Khoroshenko v. Russia, § 121). Finally, in Danilevich, the Court held that “no additional restrictions should be imposed on life-sentenced prisoners as compared to other prisoners when it concerns the possibilities for them to maintain meaningful contact with their families and other close persons” (§ 60) and accordingly found a violation of Article 8 ECHR.

Altogether, the ECtHR’s jurisprudence offers prisoners quite extensive protection against contact limitations, especially in relation to their family or other close relatives.

Concerning new contacts outside the family, however, existing jurisprudence prima vista offers less protection. Firstly, prisoners can only invoke Article 8 ECHR with regard to their private life – the provision’s protection of family life presupposes the existence of a family (Pini and Others v. Romania, § 143). Additionally, the existing family-focused jurisprudence of the ECtHR indicates that maintaining family relations enjoys greater protection than the establishment of new contacts. Accordingly, the proportionality test applied to measures restricting prisoners’ ability to enter new relationships is less strict. Secondly, the court tends to grant States a rather generous margin of discretion, for instance, when it denied prisoners a conventional right to receive conjugal visits (Dickson v. the United Kingdom, §81). These variables must be taken into account when assessing the ECHR-compatibility of contact limitations such as in the planned Danish law.

Despite these uncertainties, the existing jurisprudence of the ECtHR suffices to render interferences such as envisaged by the Danish bill incompatible with the ECHR. Firstly, there can be no doubt that such limitations interfere with Article 8 ECHR, which encompasses the right of each individual to approach others to establish and develop relationships (“private social life”, Bărbulescu v. Romania, § 70). Therefore, limitations on extra-family contacts must be justified, too.

Secondly, it is highly doubtful whether measures that aim solely at the prevention of romantic relationships pursue a legitimate aim. Notably, the Danish Minister of Justice recalled “disgusting examples” when introducing the bill, which indicates that Denmark acted in the interest of public morals – one of the legitimate aims enumerated in Art. 8 ECHR. While States frequently (and often successfully) rely on the justification ground of public morals and despite the (problematically) broad margin of discretion granted to the states to determine public morals (Müller and Others v. Switzerland, § 35), the ECtHR has clearly condemned restrictions made on a prisoners’ choice of partner solely based on public morals in the context of the right to marry, Article 12 ECHR. It confirmed that interferences with prisoners’ right to marry a person of their choice were impermissible when based solely on arguments as what “might offend public opinion”, highlighting “tolerance and broadmindedness” as “hallmarks” of a democratic society (Frasik v. Poland, § 93). Consequently, the interest of “public morals” can arguably not justify interferences with the prisoner’s ability to build romantic relationships.

Thirdly, even if “public morals” serve as a legitimate aim, it seems hardly possible for the Danish interference to comply with the strict proportionality standards mentioned above. The bill has a broad and rather inflexible scope of application (imposing contact bans on all life-sentenced prisoners for an inflexible period of ten years) and contains almost no effective exceptions (they are put in such vague language that they can offer only weak protection to prisoners). Moreover, by making restrictions the rule as opposed to the exception, the bill fails to meet the most basic human rights requirement of an individual case-by-case examination.

Finally, the well-established ECtHR jurisprudence on the purpose of punitive imprisonment offers the strongest argument against such contact limitations. By severely reducing the ability to interact with the outside world, such measures neglect what has become a “mandatory factor that the member States need to take into account in designing their penal policies” (Khoroshenko v. Russia, § 121): rehabilitation and reintegration of prisoners into society. When pursuing punitive aims, states must strike a “proper balance between the punishment and rehabilitation of prisoners” (§ 121). The ECtHR also highlighted that it was important to “compensate for the desocialising effects of imprisonment in a positive and proactive way” (§ 144). To ensure successful reintegration, it is not only mandatory to maintain relations outside the prison, but also to retain the ability to form new relations with others. To that end, emotionally profound and romantic relationships can be a particularly supportive factor and can enhance positive development for prospective reintegration. Additionally, due consideration must be given to the fact that prisoners without a consolidated pre-jail social environment would be left nearly entirely isolated from the outside world. Contact limitations, especially those targeting romantic relationships, counteract the aim of reintegration into society. They further stigmatize prisoners and utterly neglect their dignity.

Detainees, especially long-term prisoners, are in a precarious situation: they are deprived of their liberty, rather isolated, and reliant on the authorities’ assistance to reintegrate into society. Therefore, it is an alarming trend that such assistance is oftentimes systematically neglected in Europe. A silver lining is that the existing jurisprudence of the ECtHR stipulates quite extensive protection for the prisoners. One can be optimistic that the judges of the ECtHR would have in mind their jurisprudence on tolerance and broadmindedness as hallmarks of a democratic society, should a measure comparable to the Danish bill ever end up in their courtroom. In the 21st century, there is simply no room for limitations on romantic relationships and the choice of partner based on public morals – neither in legislation nor in jurisprudence, neither in prisons, nor outside.