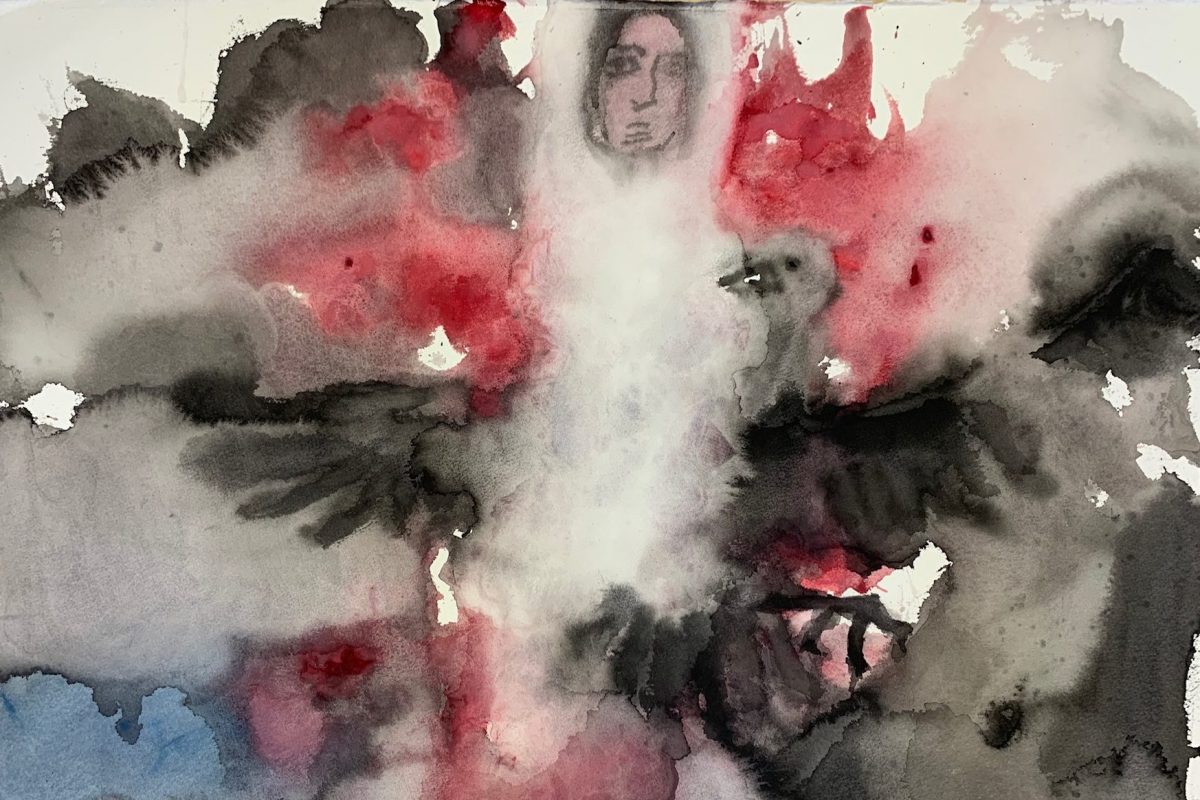 (In-)Sufficient Gravity of Cases before the International Criminal Court

According to article 17(1)(d) of the Rome Statute of the International Criminal Court (Statute), ‘the Court shall determine that a case is inadmissible where [it is] not of sufficient gravity to justify further action by the Court’. Over the last 20 years, the gravity topic has arisen in connection with several situations and cases before the International Criminal Court (ICC), but maybe most prominently it has been dealt with in the cases of the Prosecutor against Charles Blé Goudé (later joined with the case against Laurent Gbagbo; Situation in the Republic of Côte d’Ivoire) and against Al Hassan Ag Abdoul Aziz Ag Mohamed Ag Mahmoud (ʻAl Hassanʼ; Situation in the Republic of Mali) as well as in the Situation in Iraq/UK and the Situation on the Registered Vessels of the Union of the Comoros, the Hellenic Republic and the Kingdom of Cambodia.

Both Mr. Blé Goudé and Mr. Al Hassan were/are accused of crimes against humanity pursuant to article 7 of the Statute which they allegedly committed in their respective home countries. Mr. Blé Goudé was charged with (inter alia) murder, rape, and other inhumane acts in the context of post-electoral violence in Côte d’Ivoire between December 2010 and April 2011. Similarly, Mr. Al Hassan’s charges include crimes such as torture, rape, sexual slavery, persecution, other inhumane acts etc. which were committed in the context of the seizure of control in the Timbuktu region by Islamistic groups Ansar Dine und Al-Quaeda in the Islamic Maghreb (ʻAQIMʼ) between April 2012 and January 2013. In the case of Mr. Al Hassan, the acts in question were additionally qualified as war crimes according to article 8 of the Statute by the Prosecutor. Although Mr. Blé Goudé was eventually acquitted of all charges in 2019 (confirmed by the Appeals Chamber in 2021), his case had nonetheless been deemed to be of sufficient gravity under article 17(1)(d) of the Statute. Mr. Al-Hassan’s case is presently at the trial stage.

The Situation in Iraq/UK had primarily been investigated in 2006 and involved several cases of alleged war crimes under article 8 of the Statute, including various forms of abuse and torture of Iraqi civilians in detention, committed by members of UK armed forces from April to September 2003. The preliminary investigation pursuant to article 15 of the Statute, however, was closed in the same year, inter alia on the grounds of insufficient gravity under article 17(1)(d) of the Statute, the overall number of cases being considered too small compared to the three other situations being investigated at the time which involved thousands of wilful killings as well as large-scale sexual violence and abductions. It was only in 2020 that the Prosecutor, on the basis of new evidence and taking into account the ICC’s evolved case law (which we will briefly look into below), re-opened the preliminary investigation and came to the conclusion that the respective acts of the UK armed forces were indeed to be qualified as sufficiently grave to proceed (which ultimately, however, the Prosecution never did, since it considered the UK authorities neither unable nor unwilling to genuinely carry out the proceedings).

By contrast, in the Situation on the Registered Vessels, the Prosecution held on to its position that the acts committed on one of the ʻGaza Freedom Flotillaʼ vessels which clearly constituted war crimes according to article 8 of the Statute were still not of sufficient gravity to justify further action by the ICC. Israeli Defence forces had intercepted the humanitarian aid flotilla and raided the ʻMavi Marmaraʼ vessel in May 2010, prompting the Union of the Comoros (i.e. the state where the vessel in question was registered) to refer the incident to the Prosecutor. After deciding not to open an investigation on the grounds of insufficient gravity under article 17(1)(d) of the Statute in 2014, several requests as to reconsidering that determination have been made, the Prosecution maintaining its initial position throughout. With Pre-Trial Chamber I rejecting the requests for further leave to appeal, the matter has now become final.

Scope and Interpretation of the Gravity Requirement

Now as far as the scope and the interpretation of article 17(1)(d) of the Statute are concerned, after an overview of the commentary literature and the relevant case law, the following points should be emphasised: Firstly, as it has repeatedly been pointed out, all core crimes under the scope of the Rome Statute are grave in the sense that they are most serious offences. The aim of article 17(1)(d) of the Statute is solely to filter and to limit the types of cases which are to be dealt with by the ICC to only the most horrendous crimes (Schabas/El Zeidy, in Ambos, article 17 mn. 62) – those which are also reflected in the Preamble of the Statute and which ʻthreaten the peace, security and well-being of the worldʼ. This also goes, without saying, with the character of the ICC as a subsidiary court which exercises only complementary jurisdiction.

Secondly, in order to determine when exactly a crime is serious enough to be dealt with on an international level, a gravity test with specific criteria is required. Pursuant to article 19(1) of the Statute and Rule 58 of the Rules of Procedure and Evidence this test forms part of the question of admissibility and is therefore to be conducted preliminarily to the consideration of the merits of the case (Schabas, p. 451). In an early decision from 2006 in the Lubanga case, Pre-Trial Chamber I ruled that the gravity threshold was reached whenever a conduct was either systematic or large-scale and provoked social alarm. Furthermore, only acts by the most senior, i.e. high-ranking leaders, would have the deterrent effect required by the ICC. Both criteria, however, were found not to be appropriate by the Appeals Chamber which, on the one hand, stated that ʻsocial alarm’ involved a subjective element rather than the required objective seriousness and was therefore an unsuitable criterion. On the other hand, the restriction to the most senior leaders ʻcould severely hamper the preventive, or deterrent, role of the Courtʼ and, for that reason, was also to be dismissed as a criterion.

Unfortunately, however, the Appeals Chamber did not offer an alternative test in its ruling, and it was not until 2020 that this lack was remedied in a recent decision in the Al Hassan case (Schabas/El Zeidy, in Ambos, article 17 mn. 64). There, the Appeals Chamber stated that the parameters of the ʻcaseʼ within the meaning of article 17(1)(d) of the Statute are defined by ʻall the circumstances of a case, including the context of the crimes and the overall allegations against the suspectʼ. Also, according to the Chamber, ʻthe gravity assessment under article 17(1)(d) of the Statute must be made on a case-by-case basis. It involves a holistic evaluation of all relevant quantitative and qualitative criteria, including some of the factors relevant to the determination of the sentence of a convicted personʼ. In saying so, the Chamber endorsed the approach which Pre-Trial Chamber I had developed since the Appeals Chamber’s 2006 ruling. At the time, it had considered various factors as guidance to the assessment of gravity, e.g. the extent of the damage caused, the degree of intent or the manner of the commission of the crime.

With its recent decision in the Al Hassan case, the Appeals Chamber has provided future Pre-Trial Chambers as well as the Prosecution with a detailed and well-balanced basis for gravity assessments in ICC cases to come. It remains to be seen whether and especially in which way the judicial bodies will make use of it and if the newly introduced criteria will lead to the issue becoming more relevant in the ICC’s case law than before. 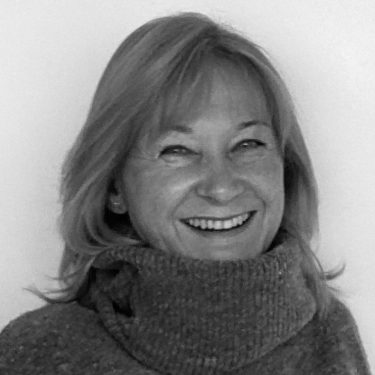 Ingrid Mitgutsch is an Assistant Professor of Criminal Law at Johannes Kepler University Linz, researching in the areas of Austrian substantive criminal law as well as public international criminal law.