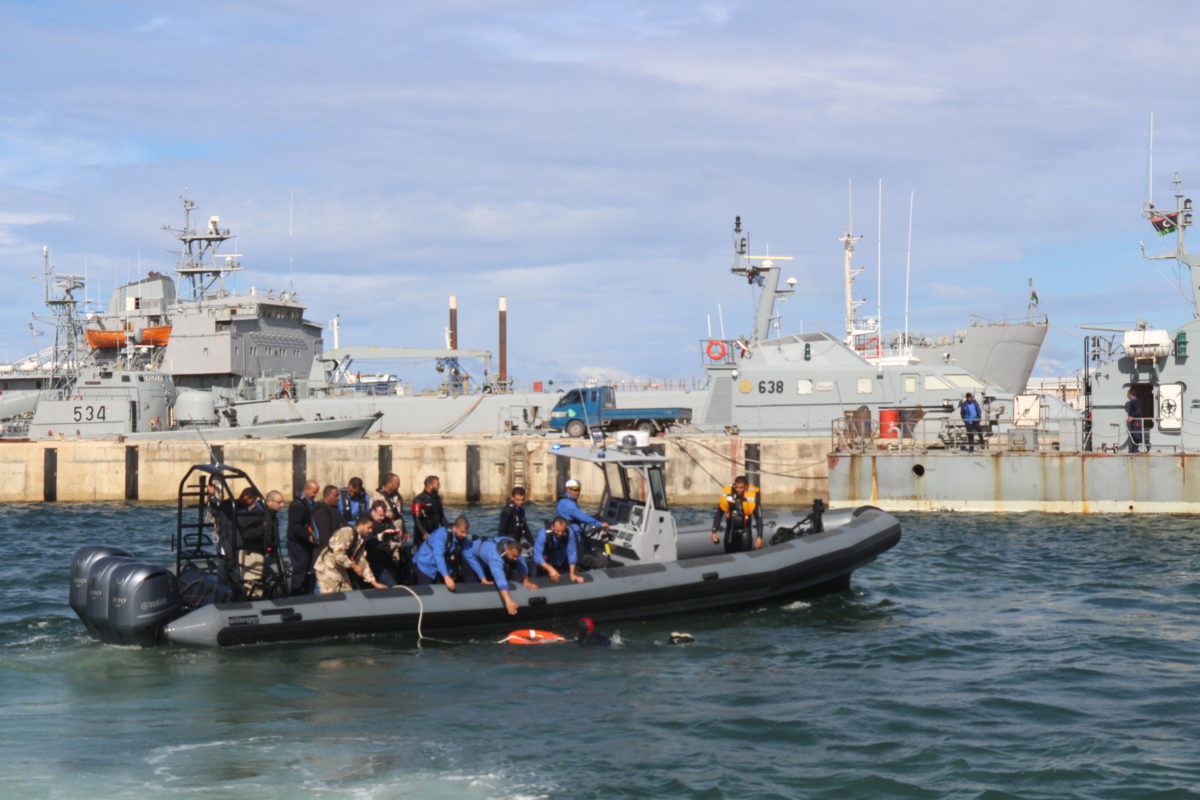 On 20 May 2020, Philipp Dann, Michael Riegner and Lena Zagst presented on this blog the complaint before the European Court of Auditors (CoA), which a group of NGOs led by the Global Legal Action Network (GLAN) submitted about a month ago. The authors had provided an expert opinion to the complaint, claiming that the EU’s “Libya Programme” violated EU budget and constitutional law. The authors argue that the EU’s financial support to the Libyan authorities is wrongful, as it is not sufficiently linked to the objective of ‘development’ and thus lacks a basis in EU budget law, and because the EU failed to fulfil its human rights due diligence (HRDD) obligations.

We want to add to the post by assessing the complaint in its broader context: Firstly, by focussing on the HRDD obligations under EU Law, followed by looking “beyond” EU Law to assess the EU’s responsibility under general international law. Lastly, we assess the (dis-)advantages of this rather alternative means of litigation

Background of the complaint

It is not the first time that the dire human rights situation in Libya was brought to the attention of an international judicial body (cf. the situation referred to the ICC by the United Nations Security Council). The same is true for the European practice of deterrence, preventing migrants and refugees to enter the EU as early on their journey as possible (examples are the by now seminal case of Hirsi Jamaa and Others v. Italy, and the pending S.S. and Others v. Italy, both before the European Court of Human Rights (ECtHR)). However, this is the first complaint that seeks to reprehend the European border security management by asserting the unlawfulness of the financial support provided by the European Commission through the backdoor of EU budget law via the CoA.

The CoA is the EU’s professional external investigatory audit agency (cf. Art. 285 f. TFEU) and it supervises how the EU organs spend the funds allocated to them by the member states. Although it cannot annul financial decisions, an audit into the Libya Programme would lead to notable political pressure on the EU Commission. To understand the complaint, let us briefly recall the outline of the Libya Programme, which was developed under the ‘European Union Emergency Trust Fund for Stability and Addressing Root causes of Irregular Migration and Displaced Persons in Africa’ (EUTFA). The EUTFA was created in 2015 as a consequence of the rising numbers of migrants seeking refuge in the EU and is mainly funded by the European Development Fund. The Libya Programme (cf. action fiche phase one and two) utilizes those funds to support the Libyan border control agencies in their effort to deter refugees and migrants on the Mediterranean Sea and return them to Libya.

In focusing on the EU’s failure to comply with its obligation to exercise HRDD in its external actions, the complaint adds to a topical discussion around the scope and content of HRDD. The concept of due diligence is well established in environmental law and on the rise in international law generally (and it’s academic assessment, in the words of Anne Peters, “couldn´t be more timely”). In the context of human rights, due diligence refers to the standard of care that a state must meet to avoid human rights violations, especially those committed by other actors, such as businesses or third states.

HRDD is generally defined as a procedural obligation consisting of a human rights impact assessment, as well as adequate measures to mitigate and remedy the risks. The duty bearer has to gather information about the actual or potential impacts their activities have. The assessment must consist of actively investigating the situation at hand, not only addressing already existing knowledge; and should involve all stakeholders. The impact assessment is followed by mitigation measures aiming at the prevention of potential future violations; and remediating occurring violations. In this sense, HRDD is an ongoing, continuous process. The scope of the impact assessment and the concrete nature and intensity of necessary mitigation and remedial measures will vary and have to be determined on a case by case basis.

As laid out by Dann, Riegner and Zagst, the EU has to comply with these HRDD obligations in its external actions as well, including any cooperation revolving around border control and refugee/migration management. This obligation arises from EU constitutional law: Different from the European Convention on Human Rights (ECHR), the EU Charta of Fundamental Rights (EUCFR) does not contain a restrictive jurisdiction clause. Its Art. 51 (1) states that the provisions of the Charta applies when EU institutions implement Union law, which is the case in the Libya programme. A systematic reading of the Treaty on the European Union (TEU) and the Treaty on the Functioning of the European Union (TFEU) support the applicability of human rights in the EU’s external actions (cf. Art. 3 (5), Art. 21 (1) (3) TEU; Art. 208, 214 TFEU). Both treaties emphasize that external actions should be guided by and adhere to the protection of human rights and international law. Lastly, secondary EU Law relating to development policies and external actions mirror this human rights obligations, for this case most notable the regulation governing the EDF (cf. Art. 2 (5) (b) Regulation 2015/322).

What adequate HRDD in external actions looks like depends widely on the control the EU has in the relevant programme, as well as the degree of knowledge, foreseeability, likelihood and severity of human rights risks. One factor to consider is that HRDD is most prominently discussed as a standard of conduct for non-state actors or for states in relation to non-state actors, such as corporations and private actors who cannot be held directly accountable under international law. Libya as a state, however, is responsible for human rights violations attributable to it. Its status as an accountable subject of international law must have implications on the EU’s human rights obligations, at least to some extent. However, it is our argument that, while the EU can generally trust that other states do not violate their human rights obligations, it cannot rely on this presumption when credible allegations of human rights violations arise.

In the case of Libya, there is no way the EU was not aware of the severe human rights abuses refugees and migrants face(d) in Libya, latest when the second phase of the Libya program was approved. Further, the alleged and documented violations were egregious, including violations of the ius cogens prohibition of torture, and the likelihood of the violations to continue was very high. Therefore, the EU did not only have an obligation to exercise a minimum level of due diligence, but not to cooperate with Libyan authorities, especially not to finance their inhumane “migration management”. HRDD, although generally a procedural obligation, can in our opinion condense and give effect to an obligation not to engage, if there is no way of effectively mitigating the risk of contributing to human rights violations. Similar provisions can be found in the UN’s HRDD policies when engaging with non-UN security forces, if high and grave human rights risks cannot be mitigated (see here). Altogether, the only adequate result after exercising HRDD in the case of the Libya program would have been not to support the inhumane migration policies of Libyan actors at all.

Having established that the EU should not have supported the Libyan actors, what do we make of the fact that it did nevertheless? We approach this question of the EU’s responsibility from an international legal perspective adding to the previous post’s focus on EU law.

First, as mentioned, Libyan actors have been deemed responsible for serious violations of international human rights law: The ECtHR, e.g., considered the regime to be in violation of the prohibition of torture, part of customary international law, as well as enshrined in Art. 7 ICCPR and the Convention against Torture, both of which Libya is a party to (cf. case of Hirsi Jamaa et. al. v. Italy, paras 125 et seq.).

As to international criminal law, the ICC is investigating into the situation in Libya to determine individual criminal liability for crimes against humanity (from 15 February 2011 onwards). According to the ICC Prosecutor herself, her office is also investigating “serious and widespread crimes against migrants” transiting through Libya. As argued here, the investigation could also cover the investigation of the involvement of European Agents in colluding with Libyan actors and assisting in the establishment and maintenance of a system that has produced such crimes.

Altogether, the EU practice seems to be wrongful from more than one perspective. Why is it then that the complaint is brought before the CoA, which will focus (only) on the budgetary implications and will not hand down a binding judgment (cf. Art. 285 f. TFEU)?

Firstly, despite the complaint’s weak legal power (CoA findings are not binding), its strength lies in the exploration of an innovative and creative approach of holding the EU accountable for “financial complicity”, which, notably, is backed up by the expert opinion and is based on convincing factual research and legal reasoning. It adds to the already existing approaches and discussion, which will put further pressure on the EU. In this regard, the complaint must not be seen as an alternative to the existing litigation efforts, but as a supplement. Further, the complaint has the chance to hold the EU accountable as a whole (as it is not merely directed against member states) by tackling the EU’s involvement at its root, namely the funding.

Regardless of the outcome of the complaint, the EU has yet to develop a way to address migration that complies with its human rights obligations. The approaches of rejecting migrants at its frontiers or supporting the “bouncers” have proven ineffective, inhumane and therefore wrongful. In its self-perception, the EU is a pioneer of peace, reflected in Art. 2 of its founding treaty: “The Union is founded on the values of respect for human dignity, freedom, democracy, equality, the rule of law and respect for human rights (…)”. Through outsourcing the illegal containment and deterrence of refugees and migrants, the EU cannot evade responsibility for violating its own human rights obligations and values. Conversely, it must exercise adequate HRDD in its external actions. As we have argued for the case of the Libya program, this might amount to an obligation not to engage.

It is now up to the guardian of the EU’s finances to investigate the legal and budgetary implications of the EU’s involvement in serious human rights abuses and to decide whether the EU lived up to its obligations – the decision may be well considered, but declaring the EU practice as legitimate seems hardly justifiable from a legal point of view.