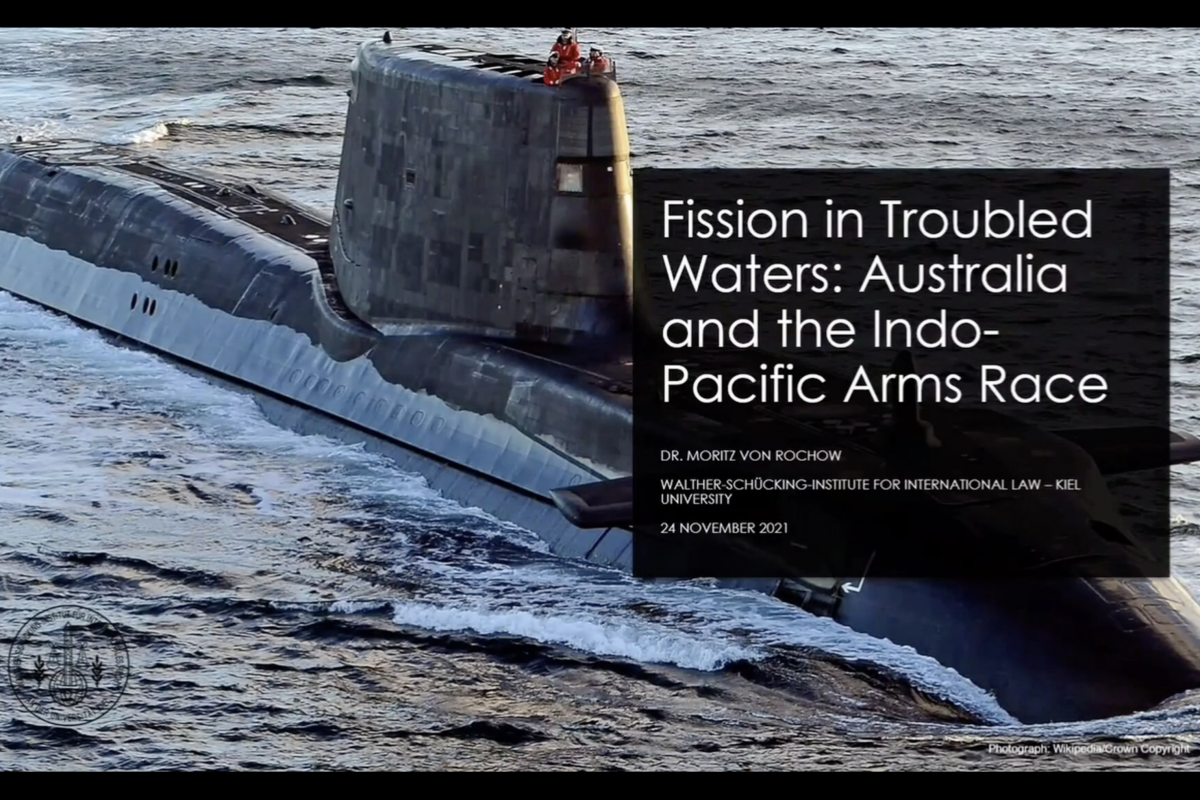 Fission in Troubled Waters : Australia and the Indo-Pacific Arms Race

AUKUS has been called one of the greatest tectonic shifts in geopolitics since the Suez-Crisis and the fall of the Berlin wall. But is that true? Dr. Moritz von Rochow (Teaching and Research Assistant at the Walther-Schücking-Institute for International Law, Christian-Albrechts-Universität zu Kiel) asseses why it is about more than just Australia buying submarines and France being in a huff about playing gooseberry. Selling nuclear propulsion techniques to a non-nuclear state, leaving the International Atomic Energy Agency outside, is without precedent in International Law. States like Iran now stand on the sidelines, longing for their equal share of nuclear power, having been suddenly provided with a dangerous legal loophole. It goes without saying that all this is happening right on China’s doorstep and is thus capable “to awaken a sleeping giant and fill him with a terrible resolve.”