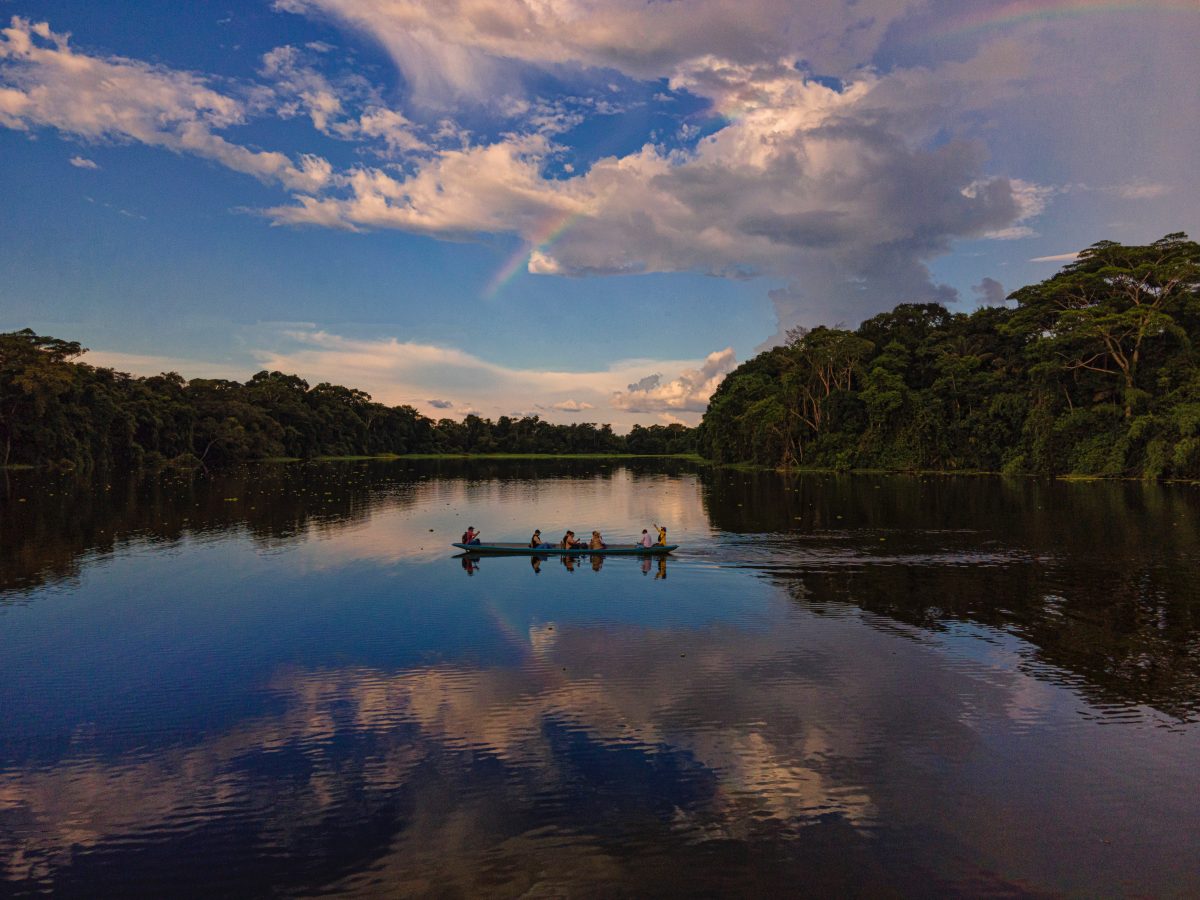 Photo by Andrés Medina on Unsplash.

Extinguishing the Flares of Death

At 400 °C, around 447 gas flares, known as ‘flares of death,’ are constantly burning in the heart of the Ecuadorian Amazon. This is a long-standing practice by which the oil industry burns the byproducts of their oil extraction activities. Reports have confirmed that flaring results in highly pollutant gases like methane, which “erupt as a giant flame from a vertical gas pipe just meters from an oil well head.” Aside from constituting an environmentally detrimental practice, gas flaring is most likely responsible for the high cancer rates in the area, mainly populated by Indigenous communities. On January 26, 2021, an appeals court in Ecuador ruled in favor of nine children by declaring gas flaring unconstitutional and finding a violation of Ecuador’s international obligations under the Paris Agreement and the plaintiffs’ right to a healthy environment.

This case is but one among the multiple demands for justice that have been brought forward in the same region in a “legal battle” against Chevron-Texaco following the so-called ‘Amazon Chernobyl,’ one of the “worst oil-related disasters in the world.” It took over 26 years of legal struggle and activism for local courts to finally deliver an order of cessation and reparation to victims. Practices such as the ‘flares of death,’ in addition to encroaching upon individuals’ right to a healthy environment, have serious implications for environmental human rights defenders who protest such actions. It is precisely the protection of victims’ rights and increased access to justice that upcoming developments in international environmental law, namely the Escazú Agreement, seek to enhance.

A General Overview of the Escazú Agreement

The Escazú Agreement has been applauded for introducing innovative features into the current international environmental law regime including the right to a healthy environment, an explicit recognition of the principle of non-regression and progressive realization, the protection of environmental human rights defenders, extended legal protections for persons and groups in vulnerable situations and provisions on capacity-building. Under Article 8, concerning justice on environmental matters, the Agreement explicitly references the precautionary principle and the provision of interim measures to mitigate damage to the environment.

Conversely, the Agreement has been criticized for its potential incongruence with internationally accepted norms of non-discrimination as Article 3 limits its application to a state’s national jurisdiction. In other words, individuals do not reserve the right to be informed about potentially environmentally harmful activities that take place abroad, but whose effects are felt beyond that state’s borders. Notwithstanding these concerns, this entry engages with two novel features of the agreement: the right to a healthy environment and the protection of environmental human rights defenders in relation to the continuous environmental challenges faced by Indigenous peoples and future generations.

A Novel Link: Right to a Healthy Environment and Sustainable Development

The first article of the Agreement describes its objective in relation to the three pillars of Principle 10 of the Rio Declaration, and specifies the protection of the right of every person of present and future generations to live in a healthy environment and to sustainable development. Unlike previous environmental treaties, the Escazú Agreement provides not only a legally binding right to a healthy environment for both present and future generations, but also a endorses the right to sustainable development guided by such recognition of the principle of intergenerational equity. Intergenerational equity is also enshrined in Principle 3 of the Rio Declaration. With the detrimental environmental effects of climate change presenting a disproportionate burden to children and future generations, the principle of intergenerational equity is essential for ensuring the effective realization of their rights.

Furthermore, the Escazú Agreement guarantees the right to a healthy environment within its general provisions in Article 4(1). As an independent substantive right, it provides an important legal basis to complement the recent Advisory Opinion on Environment and Human Rights delivered by the Inter-American Court of Human Rights (IACtHR) whereby the Court affirmed the states’ positive duty to prevent transboundary environmental harm as an extension of their exercise of jurisdiction for the purposes of Article 1 of the American Convention of Human Rights. This duty is based on a state exercising control over activities that may cause harm and violate human rights rather than exercising jurisdiction over individuals suffering from the injury. As the only regional body to have received individual complaints on human rights violations resulting from climate change, the Escazú Agreement will provide a significant legal basis to further develop jurisprudence on the intersection between human rights and the environment.

Protection of Environmental Human Rights Defenders as a Groundbreaking Feature

The Escazú Agreement is the first environmental treaty in the region and the first in the world to contain specific provisions on human rights defenders in environmental matters. The UN Special Rapporteur on the Situation of Human Rights Defenders defines environmental human rights defenders as “individuals and groups who, in their personal or professional capacity and in a peaceful manner, strive to protect and promote human rights relating to the environment, including water, air, land, flora and fauna.” In the same report, the Rapporteur acknowledges that in many cases, it is “indigenous leaders or community members who defend their traditional lands against the harms of large-scale projects.”

While the state’s duty to protect the life of human rights defenders can be derived from international human rights instruments like the International Covenant on Civil and Political Rights and the right to participation from the Indigenous and Tribal Peoples Convention of the International Labor Organization, the Escazú Agreement is the first legally binding instrument to explicitly impose positive obligations on states parties. This unprecedented provision is found in Article 9 of the Agreement, which is divided into three paragraphs describing the state’s duty to “guarantee a safe and enabling environment” for environmental human rights defenders, to take “adequate and effective measure to recognize, protect and promote” their rights, and to “prevent, investigate and punish attacks, threats or intimidations” against them.

Article 9 is of particular regional importance due to the vulnerability of environmental human rights defenders to violent attacks. The Special Rapporteur emphasizes that Latin America is the most hostile region for environmental human rights defenders as the majority of assassinations occurs here; likewise, in almost every affected Latin American country both government and corporate actors have been involved in such murder incidents. Particularly, advocacy against extractive industries appears to place defenders at a higher risk, which coupled with a lack of adequate state protection results in impunity.

The Agreement extends its legal protection through norms related to vulnerability, another innovative feature within international environmental law. In Article 5(4) concerning access to environmental information, the Agreement provides that parties shall guarantee this right to persons in vulnerable situations, including indigenous peoples. As identified elsewhere, the role of Indigenous people is not extensively explored in other areas of the Agreement aside the vulnerability context while relevant connections can be made with regards to, for instance, Article 7 on public participation in the environmental decision-making process.

Likewise, I believe the Agreement missed out on an opportunity to explicitly recognize the role played by Indigenous peoples as environmental human rights defenders and provide a legal mechanism to further the enforcement of their protection. In 2018, the Special Rapporteur on Indigenous Peoples already expressed grave concerns for the increased violent attacks and threats against Indigenous people, mainly occurring against the background of projects like those involving extractive industries. Unfortunately, such attacks have increased resulting in further marginalization of Indigenous communities. The Escazú Agreement, as a regional treaty encompassing procedural environmental human rights could have provided a legal tool for the explicit protection of Indigenous peoples in light of their heightened exposure to the risk of being violently attacked when defending environmental human rights.

High Hopes for the Entry into Force of the Agreement

The Escazú Agreement, while providing a common framework, allows for a wide margin of discretion to enable states parties to decide on the effective implementation of the rights it guarantees through their domestic legislation, thus, its tangible impacts remain to be seen. Nevertheless, the Agreement’s entry into force should be championed for its innovative features: the recognition of a right to a healthy environment and sustainable development and the protections awarded to environmental human rights defenders.

By March 6, 2021, only 7 flares had been extinguished in the Ecuadorian Amazon, leaving over 400 flares of death burning and exposing the Amazon and its inhabitants to severe consequences. While a ruling in favor of the applicants was pronounced, justice and remediation are still pending.  The Agreement, as an international, legally binding instrument will expectantly facilitate access to information, enhance public participation in decision-making processes, and secure access to justice and effective remedies particularly for those who have experienced difficulties in the past in securing their rights, like the nine Ecuadorian children fighting for the ‘flares of death’ to be extinguished.

This paper is the winner of the Environmental Law Writing Competition organized by E&U For The Climate, ASA International Law and EU-reka Study Association for European Law. 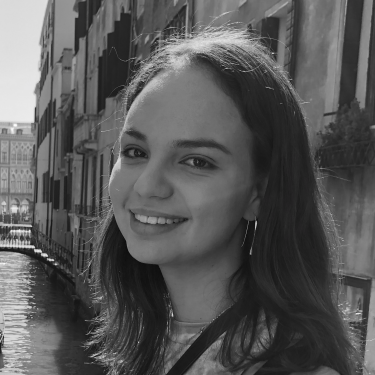 Dorothy is an LL.M. candidate studying Public International Law at the University of Amsterdam (UvA). She is interested in the intersectionality between human rights, environmental challenges and corporate accountability.