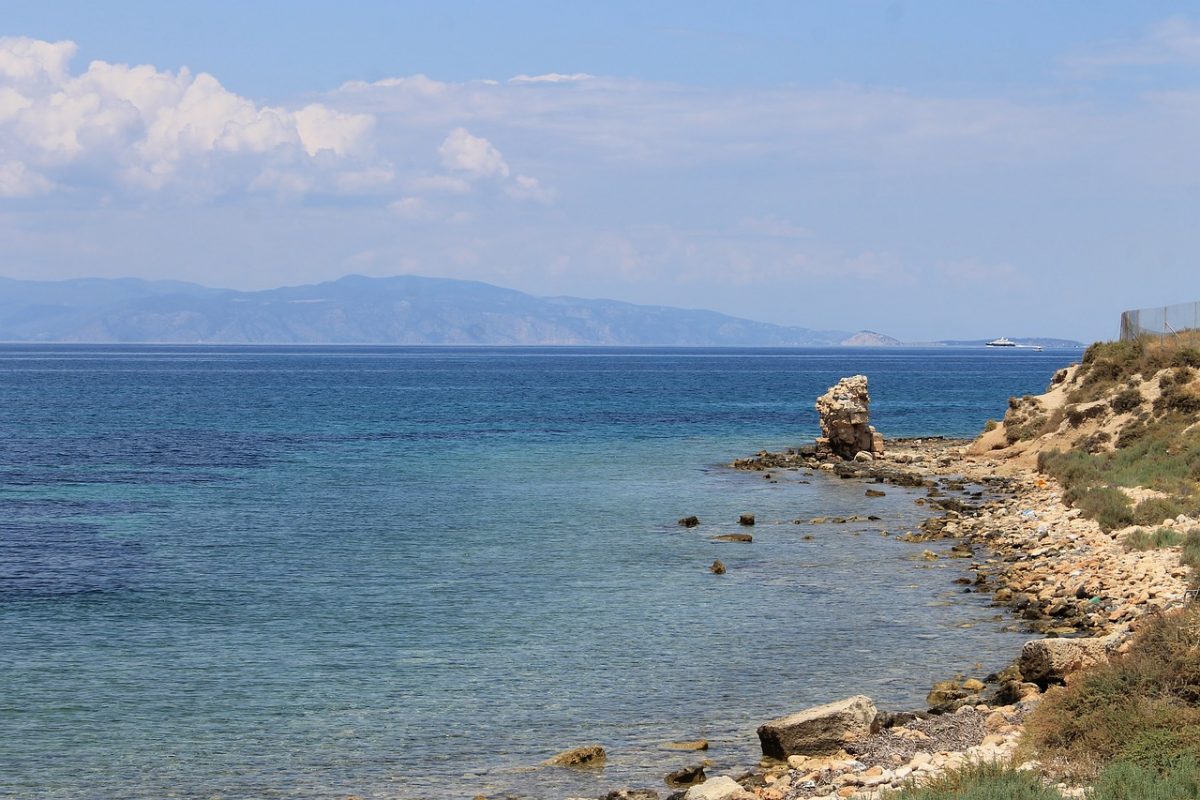 Photo by al-grishin via Pixabay

Expansion in the Aegean Sea?

Of the could and should in Mediterranean territorial waters

For many years Turkey and Greece – the only coastal states on the Aegean Sea – have argued about the breadth of their maritime zones. The unique situation in the Aegean Sea has already provided for disagreements concerning the right to exploit resources on the continental shelf of the Greek islands that were brought to the International Court of Justice (ICJ) in 1978 (Aegean Sea Continental Shelf). At the time, the Court did not render a decision on the merits due to a lack of jurisdiction. In September 2020, the situation nearly escalated when a Turkish warship collided with a Greek frigate (see here).

New potential for conflict arose on January 20th, 2021 when the Greek parliament nearly unanimously passed a law that extends the breadth of Greece’s territorial waters in the Ionian Sea (towards Italy) from 6 nautical miles (nm) to 12 nm (see here and here). Further, Athens has reserved its right to increase the breadth of its territorial waters in the Aegean Sea (towards Turkey) (see here and here). In light of the political implications these competing claims in the Aegean Sea hold (see here, here and here), this piece addresses what such a move from Greece would entail in legal terms and how it relates to the ongoing dispute between both States regarding continental shelf and exclusive economic zone.

Territorial waters under the international law of the sea

Irrespective of their long-lasting dispute, Greece and Turkey have not concluded any agreement to address the problem. Bilateral treaties exist between Turkey and Libya and between Greece and Egypt, each regulating the maritime zones of the contracting states to the detriment of the respective other states. These agreements, however, have no legal effect on Greece and Turkey because international agreements must not harm nor benefit third party states without their consent (pacta-tertiis-rule). Under Article 3 of the United Nations Convention on the Law of the Sea (UNCLOS), every State has the right to establish the breadth of its territorial sea up to a limit not exceeding 12 nm measured from the coastal baselines.

Although Turkey is not party to UNCLOS and argued that it was not bound by its provisions, it is well established that this 12 nm rule reflects customary international law (Territorial and Maritime Dispute, para. 177). Still, the breadth of the territorial sea can also be less than 12 nm; since the rule does not apply ipso iure, a state needs to declare the breadth of its territorial sea.

In this context, one conceivable argument for Turkey could be that there is a differing rule of regional customary law in the Aegean Sea. For this argument to hold, Turkey would need to prove that Greece restricted its territorial sea to 6 nm because it considered itself legally bound to do so (state practice and opinio juris). While Greek practice on the extent of its territorial claims in the Aegean Sea has been consistent for the past 85 years, determining opinio juris is more problematic.

In UNCLOS, the breadth of the territorial sea was uniformly set to 12 nm without constraints on particularly enclosed bordering states (which was an addition that Turkey tried to introduce during UNCLOS III negotiations, see here). Greece ratified UNCLOS without any reservation to this regulation. The absence of a Greek reservation in this regard indicates that Greece does not generally consider itself bound by any limitation beyond the 12 nm rule in the Aegean Sea. Further,in a 1936 law, Greece set the extent of its territorial sea at 6 nm. Lastly, Greece has repeatedly declared that it reserves its right to establish a 12 nm territorial sea (see here and here). Bearing the burden of proof, Turkey will need to establish that Greece’s adoption of a 6 nm territorial sea does not merely stem from diplomatic goodwill or political courtesy but is a legally relevant action.

Without any such indication, Greece, given that no rule of UNCLOS or customary law impedes a coastal state from changing the breadth of its territorial sea, is allowed to extend its territorial sea to 12 nm both in the Ionian Sea and in the Aegean Sea.

In addition to the mainland, Greece consists of many islands in the Aegean Sea. Pursuant to Art. 121 UNCLOS, which codifies customary law (Maritime Delimitation, para. 185), the provisions concerning the territorial sea are applicable to islands as well. The territorial sea of an island is determined in accordance with the law applicable to land territory, i.e. the mainland.
In other words, Greek islands have their own territorial sea that can extend up to 12 nm. Pursuant to the customary equidistance rule in Article 15 UNCLOS (Maritime Delimitation, para. 176), the territorial waters of two coastal states opposite or adjacent to each other must not extend beyond the median line of every point equidistant to the baselines of the respective coastal states. If it adopts a 12 nm territorial sea, Greece essentially relocates the median line towards Turkey’s border and thereby reduces Turkey’s territorial sea and its overall influence in the Aegean Sea.

Due to the extension of the Greek islands, this would result in 71 percent of the Aegean Sea being in possession of Greece. In contrast, with a territorial sea of 6 nm, only 21 percent pertain to Greece (see here, here and here). This also means that, in accordance with Art. 2 (1) and (2) UNCLOS (also customary international law, Nicaragua, para. 212), these waters as well as the air space above fall under Greece’s full sovereignty. Thus, Turkey’s rights in these areas are restricted to the right of innocent passage (Art. 17 ff. UNCLOS) not including the right to overflight. Under international law, Greek claims to a 12 nm territorial zone in the Aegean Sea are therefore valid.

On the law, the Greek position concerning the territorial zone in the Aegean may be stronger (see also here), but this dispute is not the only unresolved matter between Turkey and Greece. The delimitation of the continental shelf and the exclusive economic zone (EEZ) of both states remains unclear. Unlike the delimitation of territorial sea, the latter is not clearly regulated. According to customary international law, enshrined in Art. 74 UNCLOS (Territorial and Maritime Dispute, para. 139), the basis for delimitation of the EEZ with opposite or adjacent coasts shall be based on agreement between disputing states, the aim being an equitable solution. For the case that such an agreement does not exist, UNCLOS merely refers to its own dispute settlement mechanisms (Art. 279 ff. UNCLOS) which is not customary law and thus, not binding on Turkey. The same applies to control over the continental shelf, which consists of the seabed and the subsoil throughout the natural prolongation of the land territory (Art. 83 UNCLOS, Libyan/Maltese Continental Shelf, para. 77).

The result is that there is no common and generally accepted method under customary international law to determine the limits of the continental shelf or the EEZ for states with opposite or adjacent coasts. Until the disputing parties reach an agreement on the delimitation (or submit their dispute to the jurisdiction of a judicial or arbitral body), there is no legal certainty as to what extent the states can exploit resources or conduct marine scientific research in these maritime zones. Since the underlying principle for such an agreement is the principle of equity, Turkey’s position concerning the continental shelf is far stronger than concerning the territorial sea (see here).

In conclusion, insisting on the 12 nm territorial sea in the Aegean Sea – as it is lawfully entitled to do under customary international law – Greece could shatter its basis for negotiations with Turkey relating to the continental shelf and the EEZ, where the legal positions are much less clear. Therefore, although it is a question of law whether Greece could extend its territorial sea to 12 nm, whether it should do so is also a matter of diplomatic relations. 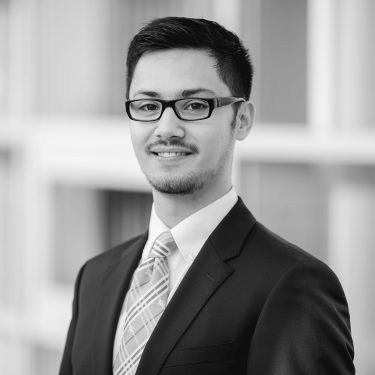