How the ICPPED can help in their search and protection

Every year thousands of migrants and refugees disappear en route to reach their destination country or in the host country itself. While this phenomenon has been articulated recently in the 2018 Global Compact for Safe, Orderly and Regular Migration or in the 2019 UN General Assembly resolution on protection of migrants, States and the international community as a whole are not giving the necessary attention to this issue. On the contrary, the ever more rigid migration policies of States – the recently proposed new EU Pact on Migration and Asylum being its most recent expression – and the increasingly perilous journeys cause a particular risk for migrants and refugees to become victims of enforced disappearances. Thus, ten years after the coming into force of the 2006 International Convention for the Protection of All Persons from Enforced Disappearance (ICPPED) it is high time to have a closer look at and remind States of relevant obligations arising from the Convention with regard to disappeared migrants and refugees.

This is by no means a problem of certain States only. Although a particular large number of migrants and refugees have been forcibly disappeared in Mexico, cases or suspected cases of forcibly disappeared migrants have been publicly reported from Greece, Croatia, Nigeria, Algeria, China, Thailand, Malaysia, the US, Egypt, Sudan, Libya, Gulf countries, and others.

The relevance of the ICPPED in the migration context

Although disappearances on various migration routes are widely reported, there is little discussion about the legal obligations of States. A recent study published by the German Institute for Human Rights (DIMR) reacted to that void. The study analyses relevant obligations arising from the ICPPED with regard to the protection and search for disappeared migrants and refugees. It identifies a number of uncertainties arising from the ICPPED with regard to forcibly disappeared migrants and refugees that need to be analysed on a case-by-case basis or should be clarified by the Committee on Enforced Disappearances (CED) to assist States in meeting their obligations.

Migrants, refugees, and their relatives are a particularly vulnerable group of potential victims. While all families of disappeared persons suffer not knowing whether their loved ones are alive or dead, the relatives of disappeared migrants and refugees face additional obstacles in their search related to possible undocumented status, language barriers and being in a country other than the one in which the disappearance occurred. Persons reporting might not know exactly in which country the migrant or refugee was forcibly disappeared if the disappearance occurred at a border, within a transnational operation or en route. In trans-border situations, in particular when migrants or refugees are travelling alone, there might be no-one asking about the persons deprived of liberty and so it can be difficult to prove an enforced disappearance.  Sometimes more than one State is involved in the enforced disappearances of migrants and refugees. All these circumstances pose practical challenges for family members and raise legal questions concerning State responsibility.

A necessary element for classifying an event as an enforced disappearance is to establish State responsibility for a disappearance which can take the form of authorisation, support, or acquiescence (article 2 ICPPED). One of these legal challenges in the migration context is the establishment of acquiescence, in particular when disappearances are committed by non-State actors, and when more than one State is involved. To assess whether acquiescence has taken place, the study proposes to test whether relevant authorities knew, or should have known, of the disappearance and failed to take measures within their powers, which, judged reasonable, might have been expected to prevent the disappearance. Circumstances in each situation should be analysed on a case-to-case basis to establish whether acquiescence has occurred.

The principle of non-refoulement is enshrined in article 16 ICPPED and its implications, also in the context of “pushbacks”, have been analysed in the study. Only recently has the CED examined, being the first case in which it had to address the issue of non-refoulement. It concluded that the removal of the author to Sri Lanka would amount to a violation of article 16 ICPPED (CED E.L.A. v. France, para. 8).

Particularly relevant in migration contexts is the obligation of States to undertake an ex officio investigation when there are reasonable grounds to believe that an enforced disappearance occurred (article 12-2 ICPPED). The possible undocumented status and lack of family and friends in the State where the enforced disappearance occurred increase the likelihood that no-one reports it and no formal complaint is filed. It would be useful for the CED to elaborate on how States should understand “reasonable grounds” to believe that an enforced disappearance occurred, thereby triggering an obligation to undertake an ex officioinvestigation. The study proposes basing the test on the 2019 Guiding Principles for the Search for Disappeared Persons that were adopted by the CED. They state clearly how and when the search for a forcibly disappeared person should be initiated: “as soon as the competent authorities become aware, by any means, or have indications that a person has been subjected to disappearance” (Guiding Principle 6, para. 1). While the investigation into an enforced disappearance should be conducted under the presumption that the person is alive – as is the case when a search is undertaken (Guiding Principle 1), the obligation to undertake an investigation is also prompted when unmarked graves are discovered.

The ICPPED requires State parties to cooperate and afford one another the greatest measures of mutual assistance in criminal proceedings brought in respect of an offence of enforced disappearance, in assisting victims of enforced disappearances, in searching for, locating and releasing forcibly disappeared persons, and in the event of death exhuming, identifying, and returning their remains. While the ICPPED does not specify the form of cooperation and assistance under articles 14 and 15 ICPPED, CED’s Guiding Principle 9 specify how cooperation and assistance should be arranged with regard to the search. Building on these specifications three measures can be identified as highly relevant in migration contexts: the establishment of competent authorities (para. 3), the development of cooperation agreements (para. 3), and the adoption of specific instruments ensuring the effective participation of families from abroad (para. 4).

These and further contributions of the Convention to protect migrants and refugees from becoming victims of enforced disappearances, as analysed in the study, all underline that the crucial step to achieve this is the cooperation between States in those measures enshrined in the Convention – which are particularly relevant in the migration context. 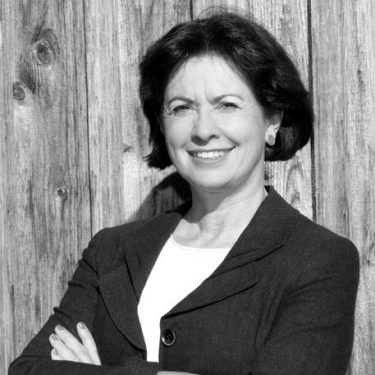 Barbara Lochbihler is member of the UN Committee on Enforced Disappearances (CED). Previously, she was Chair of the Subcommittee on Human Rights during her term as a Member of the European Parliament. Before that she was Secretary General of Amnesty International Germany. 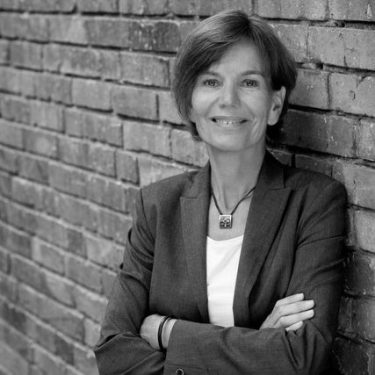 Silke Voß-Kyeck is researcher and policy advisor in the German Institute for Human Rights.

Grażyna Baranowska is an Assistant Professor at the Institute of Law Studies, Polish Academy of Science. Between October 2019 and August 2020, she was also researcher and policy advisor in project on protection from enforced disappearances at the German Institute for Human Rights.