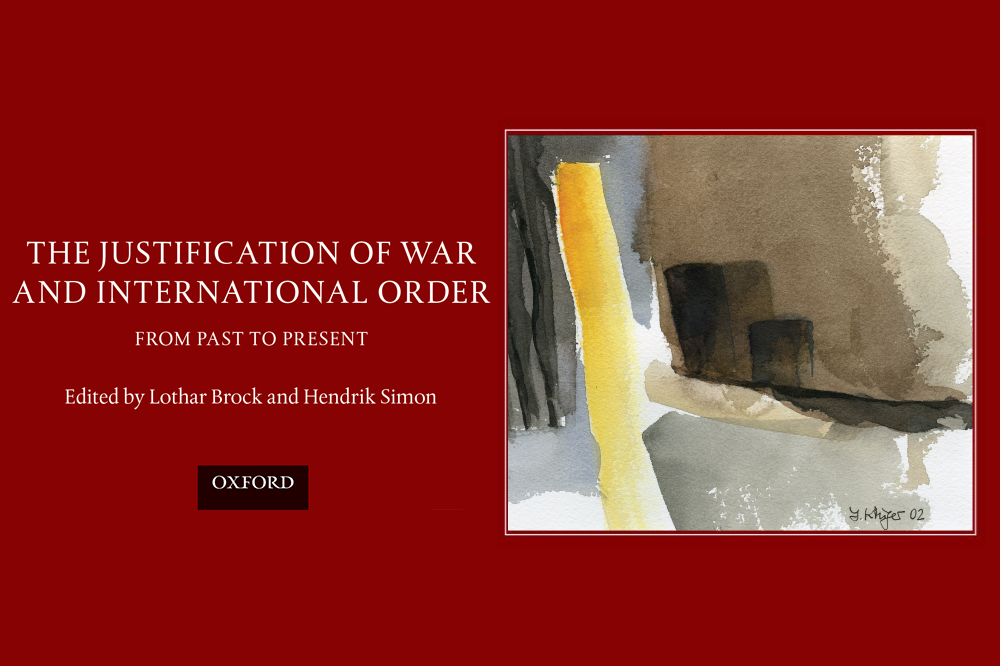 Anti-colonial Struggles and Their (Un)justifications

In a stupendous effort, Lothar Brock and Hendrik Simon have put together a volume that ranges widely in perspectives and ‘traditions of justification’ (p. 8). Their book, ‘The Justification of War and International Order’ begins with a claim that resonates rather deeply today, when Gaza is burning, and Palestinians continue to suffer oppression: ‘the history of war is also a history of its justification’ (p. 5).

History reminds us that war justifications have long facilitated imperial domination, the legacies of which continue to this day (see Siddharth Mallavarapu’s and B.S. Chimni’s respective chapters). However, history must also help us distinguish between different types of relationships to violence (to understand its justifications, or the lack thereof). One, where war existed in the institutional terrain (in Europe), and another, where war gave colonial peoples access to the public domain (Kapila, 2010; Chatterjee, 2005). The French Revolution offered new justifications of the use of force for fighting ‘unjust enemies’ (see Oliver Eberl, who argues against this premise, however. p. 132). The Haitian Revolution, in contrast, was treated as a phenomenon that unfolded outside of law, notwithstanding how rooted revolutionary change was in the patterns of colonial laws, their forms, and their legal culture. Therefore, while the former became the ‘ground zero of history’, the latter’s racialisation and extra-legal interpretations turned it into a ‘state of exception’ in the history of international law. This trend followed well into the 20th century, where much of the normative discourse surrounding the justifications of using force emerged ‘as a response to some perceived revolutionary challenge’ (Greenman et al., 2021). These tensions will form the focus of my contribution: an appraisal of the justificatory discourse surrounding emancipatory ‘wars’ and the corresponding new justificatory vocabularies to curb revolutionary fervour. Who gets to justify war and who does not? What do the answers to those questions tell us about the international order?

The contributions in this collection give us unique insights into the editors’ framework: of the co-constitutive nature of justifying war and international order-building (p. 4). Various chapters lend voice to postcolonial critiques, and some push the boundaries of TWAIL to go beyond treating the colonised as mere detrimental recipients of the European justifications of war (Arnulf Becker Lorca). The colonised were engaging in war justifications, too, writes Becker. ‘They fought back to articulate their own agency’, writes Mallavarapu (p. 61). However, even when telling that story, and putting the colonised in the foreground, or at least alongside the colonisers, the editors remind us how much of international scholarship still revolves around who gets to regulate war as a marker of their authority (p. 92). We know, however, that regulating war served an important purpose beyond saving the world from the scourge of war itself: it served as justifications for curbing emancipatory struggles and limiting the legitimacy they were gaining in international law (Martineau, 2016). This becomes disturbingly obvious in the case of the ongoing state-sanctioned violence against the Palestinians. While the Israeli state relies on their right to self-defence, Palestinians are reduced to ‘terror targets’, albeit living under Israeli occupation.

What the Palestinians are enduring today has a history that is uniquely tied to justifications of war and its successes and failures in international law. Does the international order, which excludes the Palestinians in innumerable ways, provide for their rights and obligations to protect their own people? Is Israel’s hostilities against Palestine justifiable in the name of the Israeli settlers’ peace? According to Talal Asad, any acts of violence by the Palestinian militants or the Israeli Army that is protecting its settlers become mere epiphenomena in the wake of the co-constitutive nature of peace and war in the region. However, the question remains whether the international order can accommodate anti-colonial and emancipatory justifications for war. Alternatively, whether finding that space entails pushing against the international order rather than being accommodated by it, if, as Frantz Fanon remarked, ‘decolonisation is always a violent event’. Understanding the justificatory discourses decolonisation struggles can/cannot avail, and the resultant framing of the international, is a gap left by the editors in this collection that I wish to fill.

A historical process like decolonisation is inherently antagonistic. Therefore, when anti-colonial activists were striving hard to attain ‘justifications’ for liberation movements under international humanitarian law in the 1970s, the United States and Israel attempted to delegitimise such movements. The US even attempted to pass a UN resolution in 1972 to condemn such movements as terrorism, but faced staunch opposition from African nations who underscored the correlation between violence and political transformations for colonial peoples. Similar to Becker Lorca’s narrative from the 16th century, many anti-colonials relied on the language of ‘just war’ in the 20th century to separate their struggles against colonial powers from ‘wars of imperialist aggression’ waged by the U.S., for example (Whyte, 2019). Much like Becker Lorca’s chapter, where the Incas negotiated and resisted the Spanish, the anti-colonials used the ‘mechanics of justification’ to restructure the international order by negotiating a legitimate space for non-state actors in international humanitarian law. Their success was spelled out in Article 1 of the Additional Protocol I of 1977 to the Geneva Conventions, which ‘include[d] armed conflicts in which peoples are fighting against colonial domination and alien occupation against racist regimes, in the exercise of their right to self-determination…’. The Israeli delegate, however, opposed the wording of Article 1 by saying that the Diplomatic Conference had chosen the ‘dangerous, shortsighted, self-defeating and inapplicable methods of using subjective language’. According to the Israeli delegate, Hess, the conference had ‘revived the spectre of the ‘just war’ theory, with its different rules for different conflicts and different parties, a theory totally opposed to the basic principles and ideas of international humanitarian law’. They feared that Palestine might receive recognition of its nascent sovereignty through the Additional Protocol I.

Espousing the same thoughts, but on behalf of liberation movements, was Georges Abi-Saab, an international lawyer from Egypt. At the Diplomatic Conference, he was a representative of the Group of 77 states (G 77), which was a coalition of 77 Third World states. In an interview with Noura Erakat for her book ‘Justice for Some’, Abi-Saab commented that “the definition of sovereignty is the exclusive use of legitimate force. And legitimate force is the force used in the name of the community as a source of order not disorder”. The legacies of using force and its trajectories from Haiti to Palestine are studded with attempts made by the enslaved and colonized peoples to resist oppression and justify their place in the international order. However, if international law granted such non-state groups justifications to use force against colonial domination or alien occupation, it increasingly also had in place justifications for Western states to intervene and use force to protect nascent states and control their non-state actors in the name of humanitarianism.

From Perpetual Peace to Everlasting Wars

If, as Chimni says in his contribution, the ‘global humanitarian space’ of human rights, humanitarian and refugee laws exists alongside the increasing reliance upon it to justify ‘muscular humanitarianism’ (p. 481-2), then it also becomes clear that any separation between restricting and legitimating war or violence ultimately collapses and reproduces histories of domination. The editors provide the necessary framework by asking how the enabling and the restraining functions of international law interact in changing historical contexts and how this affects international order.

The international order today, enabled by the US military as the world’s guardian, ‘restrains’ indiscriminate killing in the global South through the ‘humanity’ of their drone interventions. Relying on ‘just war’ vocabulary in 2018, Donald Trump authorized military strikes in Syria to protect the Syrians from, and mete out punishment to, Assad’s regime for the use of chemical weapons. The ‘justness’ in using force had become enmeshed with moral authority, with the Geneva Conventions becoming roadblocks in the pursuit against terrorism and bloodshed. What was once imagined by the colonial peoples as legitimising their struggles at the Diplomatic Conference at Geneva in the 1970s, had now morphed into a language of military necessity combined with the ‘theological vision of universal justice’ (Whyte). Tracing the ups and downs on the path(s) to decolonisation reminds us that the fate of many colonised people today exist on a continuum between war and peace, where the justifications for using force is externalized to actors who can intervene to fulfil their responsibilities to ‘protect’ them from themselves. Determining who can justify war and who cannot frames the international order, as Abi-Saab indicated.  However, if the triumph of ‘just war’ lay in its use by the oppressed people of the Caribbean, Asia, Africa, and Latin America against their imperial powers, its demise is marked by the aggressive wars waged by imperialist powers on their behalf. 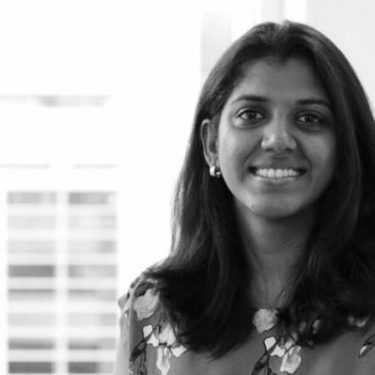 is a researcher at the Erik Castrén Institute of International Law and Human Rights and an adjunct lecturer at the University of Helsinki.