Thinking Like ‘Fools’: Recovering the Radical Potential of Contingency in International Law

Edited collections often tend to surface within the hegemonic voice of the editors – they introduce the concept, set the frame, determine the contours, and also illustrate the specific set of argumentative patterns that the rest of the contributions to the volume are ‘advised’ to set in motion. In other words, the work of editing itself is political and sometimes comes with the consequence that individual voices of the contributors are lost, or are uncritically reflected in the later chapters that follow. Contingency in International Law: On the Possibility of Different Legal Histories, edited by Ingo Venzke and Kevin Jon Heller, is not one of those collections. The volume and especially its individual contributions really stand out both in terms of how ‘contingency’ is applied to different events and epochs in the history of international law, but also in the way that several of the contributors’ challenge, prod and imagine differently, the notion and potential of contingency as such. Much of this has to do with the fact that the book brings together a brilliant and inspirational cohort of scholars from across the board, bringing with them an equally diverse of set of perspectives, propositions and ways of thinking, that ultimately makes for a fascinating reading.

Drawing from this ‘dialectical’ exchange, I situate contingency as a battle ground between that which is ‘plausible’ and thus ‘realistic’ according to Ingo Venzke and that which requires one to go beyond ‘realism’ (Mohsen al Attar), acknowledge the ‘irrational’ (Kevin Crow) and even embrace a form of ‘day-dreaming’ (Kathryn McNeilly). Robert Musil, who Ingo Venzke invokes approvingly in the volume, writes that those who think against ‘a sense of reality’ are but ‘fools’ in ‘whom the lack of a sense of reality is a real deficiency’. Thus Ingo Venzke’s account of contingency, while useful, has the proclivity to limit the ways in which contingency can be invoked and by whom. Writing alongside a number of other contributions in the book, I try and recover the radical potential of contingency in international law. In other words, I will be thinking like Musil’s ‘fool’ who is neither bound by the dictates of sensibility nor confined to realm of ‘conscious utopianism’. I argue that if we are to put our faith on international law as an emancipatory force, then the project of contingency needs to be able to respond to profound defiance and, in some sense, even impossible imaginations of what could have and, indeed, can be different.

Contingency in a World of Divergent Possibilities

There is just so much around us, which is structured in a manner to create dispossession, inflict injustice and perpetuate imperial violence that asking the question whether it could have been be different itself requires a willing suspension of reality. Recovering contingency in law, let alone in international law, is a difficult task, not least because law inherently demands a certain determinacy, predictability and finality, even if we know otherwise. Thus, Ingo Venzke and Kevin Jon Heller’s attempt at ‘recovering possibilities of the past’ so as to facilitate ‘change in the present for a different future’ is not only welcome, but also urgent. It is motivated by the quintessential belief that history which is made can also be unmade.

Contingency is situated between the terrain of ‘necessity’ and ‘chance’. The path of international law indeed, is neither random nor wholly pre-determined and yet if things seem natural, ordained and inevitable, it has to do a lot with how legal scholarship rationalizes the decisions of the past. Moreover, if one sees structure before agency, change is often a foregone conclusion. The editors do well to remind us that the endless debate concerning freedom v constrains, agency v structures is beside the point, perhaps even a distraction, because it tells us very little about how international law interacts with agents of change and transformation in concrete situations. Structure and agency both inhabit international law and are, I would argue, even co-constitutive of each other. The task of ‘scholars’ then, speaking alongside Michele Tedeschini, is to ‘explain the relationship’ between the two while locating the points of confluence, struggle and confrontation. Umut Özsu illustrates this point brilliantly from a Marxist perspective when he situates contingency within the contradictions of capitalist totality, arguing that the law and the state are crucial sites of continuing class struggle, opening, albeit in a limited way, the possibilities of change and transformation. The point about contingency is to find and augment those ‘pockets of freedom’ (Ingo Venzke) that are often overshadowed by powerful designs. Structures might in themselves be ‘resilient’, but they ‘never admit of only one outcome’ (Samuel Moyn).

But revealing the past while contemplating ‘pathways of transformation’ does not happen in a normative vacuum. It is an exercise that is intimately tied to our own perceptions, frameworks of knowledge and to our politics. What was possible at a particular time and what is possible today is perhaps, first of all, a reflection of our own ideational and intellectual imperfections and fallibility. Surabhi Ranganathan shows as much that ‘changing geological, biological, and technological knowledge about the oceans’ was as crucial as the political or economic configurations that ultimately led to the particular evolution of the 1982 UN Convention on the Law of the Sea. Production of knowledge about the past is also and most importantly neither objective nor neutral, ‘but is always a political task’ (Janne Nijman) and operates within the fabric and limitations set by prevalent discourse. So it matters greatly what stories we like to tell and within that what ‘gets foregrounded and what gets foreclosed’ (Fleur Johns). Here, Fleur Johns rightly raises caution that while contingency has the potential to liberate, it can also shackle and partake in curating those very power structures that reinforce the status quo. Knowledge of contingency alone, she argues, is not sufficient for emancipation.

Problematizing the role and positionality of the scholar/narrator, along with the dominant frameworks within which they operate, assumes crucial importance here: who is allowed to speak and whose voice will come with the authority that will not be dismissed? Moreover, who decides the parameters within which voice, resistance and inspiration is to be judged? The editors are certainly not oblivious to these questions. International legal scholarship’s engagement with the past as a way to reflect on the present is not new and predates the work currently under review. In fact, much of contemporary critical work, especially that of TWAIL and Marxist approaches, has come from revisiting and consequently dismantling the celebratory histories of international law as a source of progress and civilization. However, if TWAIL’s profound engagement with the colonial and imperial history of international law and the fierce criticism of ‘anachronism’ against it is anything to go by, then it becomes clear that the gates to what is considered proper scholarship/historicizing is laden with high walls. Practising ‘radical anachronism’, rather than mollifying those hegemonic discourses then, is perhaps the only way to dismantle such structures.

Contingency Between the Radical and the Conservative

With that in mind, what are the contours within which our imaginary space can or even should operate in the pursuit of contingency? Can or should there be limits on what is perceived as achievable or possible? The editors set the work of contingency in international law as one that ought to be undertaken carefully, with due attention to historical context, the limits of what is possible and most importantly, what indeed is ‘plausible’ under the circumstances. There is nothing wrong with that, of course. Being realistic about one’s aspirations of the system is the first step towards realizing and prioritizing struggles that one might pursue and even accomplish. Ingo Venzke’s ‘reality as a project’ seeks to do just that: instil hope in the changeability of conditions, while ‘keep[ing] our feet firmly on the ground’. Several of the contributions of the book take this critical agenda forward, revealing multiple junctures at which international law could have been different, or for that matter, why the law turned out the way it did and what can be done about it in the present.

Yet, the question remains: realistic for whom, under what circumstances and in the light of whose aspirations? If ‘someone’s agency can easily become someone else’s structure’ (Michele Tedeschini), should contingency at all be circumscribed by the reality that exists? Especially when we know that what is possible and plausible is a construct that is itself contingent and based largely on streams of knowledge and consciousness that inhere in European forms of enlightenment and ‘Eurocentric epistemic frames’ (Mohsen al Attar). So when Ingo Venzke asks for distancing from the ‘impossible’ or when Samuel Moyn cautions against ‘fanciful or utopian thinking’, it bears repeating that some of the biggest and most enduring possibilities of rupture and reordering in international law would have never transpired had it not been for certain actors pushing the boundaries of what is plausible. Whether it is the lasting manifestations of Bandung as illustrated by Kevin Crow, the legacies of the New International Economic Order (NIEO), or for that matter the wide ranging feminist movements within the field and in the grassroots, international law has worked truest to its emancipatory promise when it has partaken in the unthinkable. Kathryn McNeilly thus rightly bemoans that had international human rights law and, I would add, the lawyers associated with it, ‘facilitated political daydreaming’, human rights perhaps would have evolved differently, away from its overwhelming focus on individual rights. More importantly, she highlights the decidedly ‘collective’ impetus of political day dreaming, which transcends mere individual efforts at alternative futures, but engages social forms of mobilization and radical political action. For her, these different forms of dreaming can also be politically realistic. The contingency at work there is anything but measured. These are examples of real life praxis of contingency that were highly implausible, irreverent, and even ‘nonsensical’ (Mohsen al Attar) from the point of view that disciplinary methods and protocols bind us to.

This focus on contingency that is tethered to a (partial) reality also has consequences for how we imagine the ‘pathways of transformation’. When we shift our location from privileged spaces to the Wretched of the Earth, the challenge for contingency is not merely to undo or free us from a certain realm of inherited consciousness about the world, but to contest the cultural, racial and material constrains that have historically shaped international law and continue to do so in the present. As Geoff Gordon points out, every time we uphold the ‘normative affirmation that it could have been otherwise upholds material commitment to the actually-existing distribution of goods that it supports’. Unless such normative affirmations are supported by large scale structural and uniquely aspirational modes of resistance which are able to uncover the wildest possibilities, the task of contingency will remain incomplete. Echoing the words of a dear friend and colleague, Rohini Sen, contingency which calls for a deeply imaginative and critical praxis requires that we do our scholarship and engage our learning and imaginary potential as if everything were at stake. In the process we might have to reckon with the realization that international law is not even the answer or only small part of the solution and that contingency has to play out in other arenas and forums as they always have. Lastly, when so much in academia and in other social spaces is downright conservative, gendered, white, male and cis, it is perhaps only through thinking like incorrigible fools that even a slightly different world is possible.

The author would like to thank the editorial team for their comments and feedback. 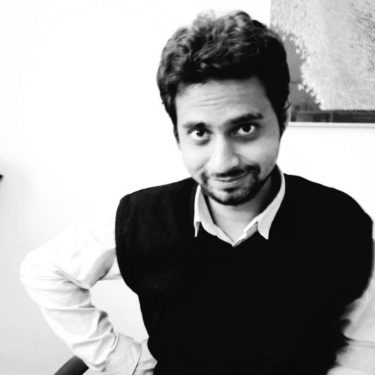 Kanad Bagchi is a research fellow at the Max Planck Institute for Comparative Public Law and International Law in Heidelberg.