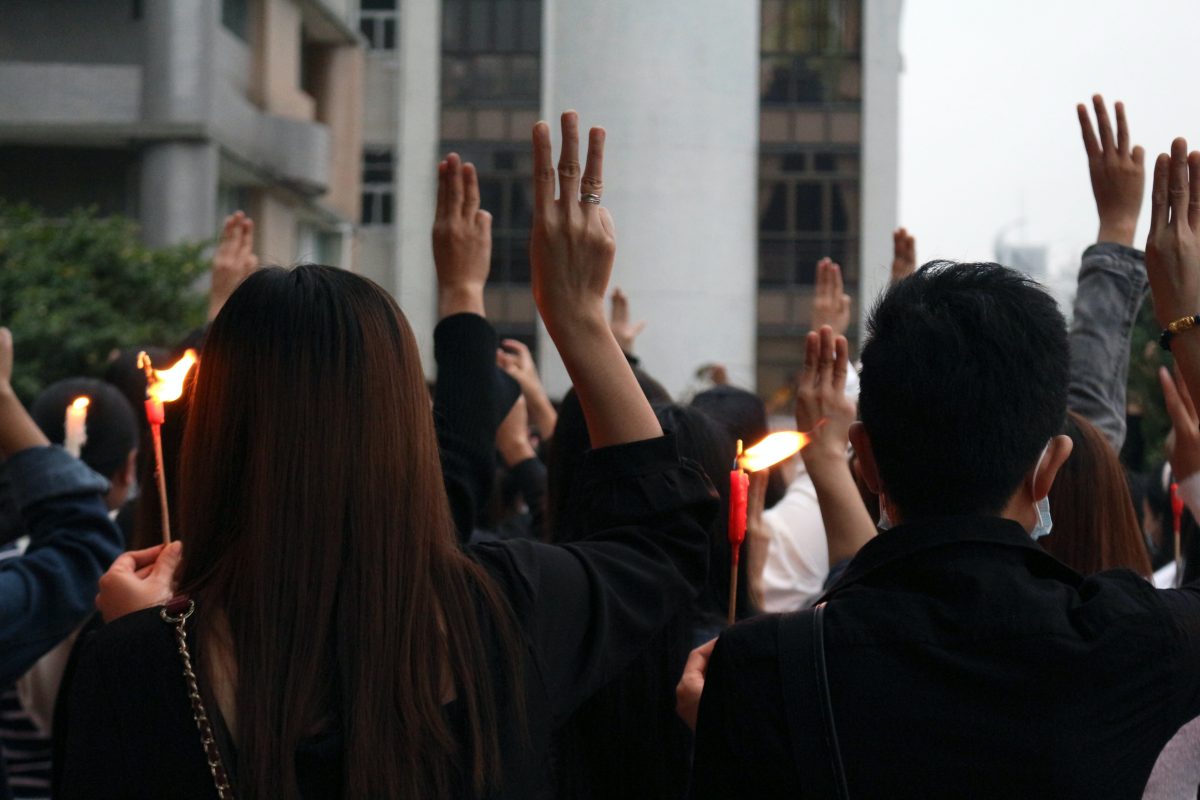 The Right to Live under Threat

On the Armed Forces (The Tatmadaw) Taking Power in Myanmar

Just hours before Myanmar’s newly elected government sat in for their first parliamentary session on 1st February, 2021, Daw Aung San Suu Kyi and other National League for Democracy (NLD) leaders were arrested and detained in a Tatmadaw-led coup d’état. Besides its military might, the Tatmadaw is also a significant force politically, through its guaranteed 25 per cent share of the seats in Myanmar’s parliament, and economically, due to the “shadow economy” they control that “extends its tentacles into the country’s most profitable industries.”

In this Bofax, we argue that the Tatmadaw’s actions have potentially irreparable ramifications for the people of Myanmar and, particularly ethnic minorities including the Rohingyas. One only needs to look into Myanmar’s history under decades of military rule as proof of the Tatmadaw’s blatant disregard for human rights and as an indication of what may be to come. More specifically, we suggest that as long as the Tatmadaw remains in power, the people’s right to life and, given its intricate link with other rights, including the right to health, the right to an adequate standard of living, and the right to just and favourable working conditions, among others, are threatened.

The right to life is interpreted as creating both negative and positive obligations on the state. The government of Myanmar, therefore, is not only obligated to respect and protect this right, but also act affirmatively to fulfil it (see HRC General Comment No. 6: Article 6 (Right to Life). The former requires the state to refrain from conduct that leads to unlawful deprivation of lives e.g., killing of protestors. On the other hand, there are positive state obligations to implement measures to protect the people from foreseeable threats from non-state actors like armed groups. Such protection is vital in Myanmar, due to the history of armed conflicts and state repression.

In Myanmar, ethnicity has an intrinsic bearing on the enjoyment of human rights. Myanmar’s ethnic minorities endure long-standing structural violence, whereby the societal structures and systems within which they live, harm their ability to meet fundamental needs, making them inherently vulnerable. The continued centrality of ethnicity in Myanmar politics and heightened ethno-nationalism has only compounded this reality. Beyond the violence against the Rohingya, the coup has already triggered fresh rebellion of Myanmar’s ethnic armed organisations (EAOs) in Kachin state and the borderlands. The Tatmadaw is unable to provide security in much of the regions where ethnic armed groups operate; yet, the state has legal obligations to the people in these territories. Similarly, the lack of democratic representation of ethnic minorities exacerbates violence. Observers further note that “ethnic peoples now view insurgency as the only effective means of achieving political goals such as enhanced autonomy and equitable access to resources.” Beyond the Rohingya situation, the military has followed a hard-line stance on other ethnic groups, thus fuelling ethnic violence in Myanmar. There is thus a heightened need for the government to restore democratic rule.

More specifically, the fundamental right to life illustrates the indivisibility and interrelatedness of all human rights, in particular, the right to life (the right for a human being not to be deprived of its  life, unlawfully or arbitrarily, an area of civil and political rights) and the right to live (or preservation of life, the right of every human being to have the appropriate means of subsistence and a decent standard of life, an area of economic, social, and cultural rights) (see F. Przetacznik, “The Right to Life as a Basic Human Right.” 9 Revue des droits de l’homme/Human Rights Journal, 589, 603 (1976)). The UN Human Rights Committee (HRC) in General Comment No. 36 interprets the right to life expansively,linking it to the notion of human dignity (Paras. 2–3, 6), evoking entitlement to certain standards of living and access to services. As empirical studies point out, for example, the Rohingyas link dignity with self-reliance in meeting their social and economic needs.

The Indivisibility and Interrelatedness of Rights in the Burmese Context

Based on the normative interpretation under HRC General Comment No. 36, there are other separate rights whose protective scope partly overlaps with the right to life: In particular, the rights to work and to just and favourable conditions of work (ICESCR Art. 6 & 7), the right to an adequate standard of living (ICESCR Art. 11), and the right to health (Art. 12)—these are rights, which Myanmar has a duty to uphold in order to protect life (in particular para. 26). As observed by the UN Office at the High Commissioner for Human Rights (OHCHR), the right to life is particularly vital in the protection of such fundamental human rights during periods of conflict. Therefore, the dignity dimension of the right to life can also be applied to protect economic, social and cultural rights.

The Tatmadaw has violated the right to work guaranteed under Article 6 of the ICESCR through the arbitrary imposition of a state of emergency alone. Similarly, the elements of just and favourable conditions of work (Art. 7) are dependent on the existence of free movement of labour and absence of threats to their lives. Closely linked to this right, Myanmar’s membership of the International Labour Organization (ILO) requires the respect for other related rights like freedom of assembly. Immediate impacts on the ground, which have further exacerbated Covid-19’s effects, have already pointed to violation of both—more than 60,000 workers have become jobless due to the pandemic; and this number is only trending upward with civil servants and other workers protesting and demanding democracy be restored. Simultaneously, the Tatmadaw has established the State Administration Council (SAC) which has “dictated key revisions to the country’s legal system that criminalize even peaceful protests, and enable violations of the right to privacy and arbitrary arrests and detention.”

The right to adequate standards of living is enshrined under Article 11 of the ICESCR and interpreted to include aspects of health, family, food, clothing, housing and security (see para 1, Committee on Economic, Social and Cultural Rights (CESCR) General Comment 12). Under Tatmadaw rule, Myanmar remained isolated and one of the poorest countries in the world. However, since its liberalization in 2011, poverty rates fell sharply between 2005 and 2017; this progress is now under threat. As asserted in General Comment No. 12, “the right to adequate food is indivisibly linked to the inherent dignity of the human person” (see para. 4). The Tatmadaw coup has already affected the supply chain as evidenced by escalating food and fuel prices. Whether the Tatmadaw’s actions have done so directly or indirectly, the effects are felt all the same, occurring as a result of this state actor not fulfilling its obligations—“violations of human rights lead to lower investment, which will in turn lead to lower rates of economic growth and thus to lower per capita income.” In essence, job and job opportunity losses and rising food prices adversely impact living standards.

The right to an adequate standard of living necessitates the enjoyment of the right to health (see CESCR General Comment No. 14, paras. 2–3). Additionally, “health” is not defined narrowly (paras. 8–11): “[It] takes into account both the individual’s biological and socio-economic preconditions and a State’s available resources…[and]…socially-related concerns as violence and armed conflict.” In light of COVID-19, Article 12(2)(c) of the ICESCR provides an important guideline which links the enjoyment of the highest attainable standard of health with “the prevention, treatment, and control of epidemic, endemic, occupational and other diseases.” The right to access essential healthcare and drugs merits immediate attention. However, post-coup, nationwide civil obedience campaigns threaten this, further exacerbating coronavirus spread and fatalities.

In sum, the Tatmadaw’s actions amount to a violation of political, as well as economic, social and cultural rights of the people. The rights discussed above, when interpreted through the lens of on-the-ground impacts, are corollary to the right to life. Just like the ongoing peace process, the democratisation process in Myanmar has been further imbued with serious challenges—the links between growth and development, and respect for human rights are intricate and interwoven. Yet, for western countries, from the UK to the US, their immediate response to the coup came in the form of sanctions. Whether targeted or not, sanctions must be viewed through a critical lens given the possibility of unintended effects. Given Myanmar’s precarious context, targeted sanctions against high-ranking members of the Tatmadaw would arguably only serve as a powerful rhetorical tool. The international human rights regime exemplifies the relevant basic standards and obligations that need to be followed, something the Tatmadaw does not intend to uphold, as elucidated by their actions. Bearing the hallmarks of Thailand’s 2014 coup, the Tatmadaw could cling to power beyond the stipulated one-year state of emergency, which will likely have devastating consequences for the people of Myanmar, threatening the right to live with dignity.

You can access a more comprehensive version of this Bofax here. 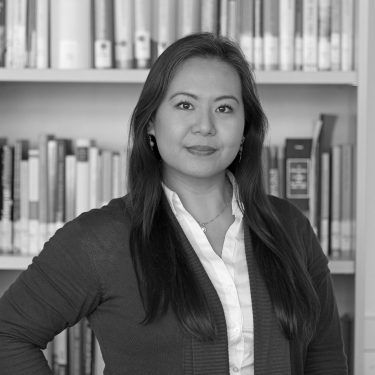 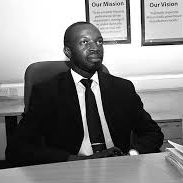 Tonny R. Kirabira is a PhD Candidate at the Law Department of the University of Portsmouth. 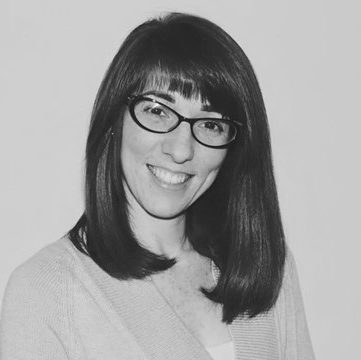 Laura C. Collins is a PhD Candidate at the Jimmy and Rosalynn Carter School for Peace and Conflict Analysis, George Mason University.