The problem of “sport sex”

Female track athletes with certain differences of sex development (DSD) are now barred from the women’s category of international competition – that is, unless they undergo procedures to “normalise” the atypically high amount of testosterone produced by their bodies. These regulations establish an exception to the general rule that the women’s category is open to all athletes – just as they are – who have been legally recognised from birth as female (a separate exception applies to transgender athletes). They also override domestic law by creating the concept of “sport sex”, which doesn’t necessarily correspond with legal sex assigned at, and ever since, birth.

International legal norms have been invoked both to support and to challenge these regulations. The global sport governing body responsible for the regulations – World Athletics – asserts that the principle of equality and non-discrimination, which is enshrined in its Constitution, requires that women with DSD be treated differently from women without DSD. According to World Athletics, this is because they are different, in the same way that men and women are considered different for the purposes of sport. But a wide range of organizations specialised in human rights, health and medicine, and women’s sport disagree. UN human rights experts, among others, have indicated that the regulations appear to contravene the internationally recognised human rights of women with DSD, including not only the right to equality and non-discrimination, but also the rights to the highest attainable standard of physical and mental health, to physical and bodily integrity, and to freedom from torture and other cruel, inhuman or degrading treatment and harmful practices.

The debate about the regulations remains unresolved in part because of the traditional boundaries of international law. As the co-editors of the Research Handbook on Feminist Engagement with International Law, Kate Ogg and Susan Harris Rimmer, explain, this is precisely where feminist thought has something to offer:

Such feminist engagement with international law is necessary to move beyond the current impasse over female eligibility regulations in athletics. In particular, further structural and conceptual development is needed either to rethink the public/private and male/female dualisms that frame the debate or to move beyond such dualisms altogether.

International law beyond the public/private binary

The debate about female eligibility in athletics reveals the futility of the structural distinction between private and public international law in contexts like sport, where private governing bodies act like, interact with, and often override, state governments. In her keynote address featured in the Handbook, Sima Samar observes that international law has become more responsive to women’s rights by recognising state responsibility for violations by non-state actors. Handbook contributor Beth Goldblatt discusses this obligation in relation to gender-based violence, including coercive acts that subject women to physical, sexual or psychological harm. The application of these general international legal principles in the context of sport, however, remains unclear.

World Athletics – the “sole competent international authority for the sport of Athletics worldwide” – adamantly denies any responsibility to respect international human rights law on the basis that it “is not a public authority exercising state powers, but rather a private body exercising private (contractual) powers”. Therefore, says World Athletics, “it is not subject to human rights instruments”. These contractual powers arise primarily from its Constitution, which binds all national athletics federations – and thus, anyone, anywhere, who wishes to participate in competitive athletics – to comply with all rules made by World Athletics. The Constitution also stipulates that any dispute about these rules must be resolved by private arbitration before the Court of Arbitration for Sport (CAS), to the exclusion of any other forum.

Accordingly, two affected athletes – Dutee Chand and Caster Semenya – have challenged female eligibility regulations before the CAS. Although their claims included alleged violations of (public) international human rights law, their cases were decided solely on the basis of (private) sports law, namely the World Athletics Constitution and the Olympic Charter. According to the most recent CAS decision, this is because the question of whether the regulations are compatible with human right law “will ultimately be a matter for the courts of the various jurisdictions in question to determine”. World Athletics, however, asserts the opposite, claiming that the human rights question has been definitively settled by the CAS:

We would defend any claim that was made in any national or international forum as we would any other challenge (including if necessary on jurisdictional grounds) … CAS is competent to rule on all legal claims, including human rights claims, and it did so in its recent ruling, in favour of [World Athletics].

This paradox suggests that the boundaries of international law must move beyond the public/private (and domestic/international) binary, into the hybrid realm of transnational, supranational or global law where private and public activities and interests collide. An “either/or” approach is insufficient to answer questions about how responsibilities should be shared among states and sport governing bodies, and their respective judicial institutions, to ensure universal protection of human rights in sport. Do these entities need to be reformed, linked, complemented or replaced? Is human rights even a useful framework in hybrid contexts like sport? These structural questions present a ripe challenge and opportunity for feminist engagement with international law.

Gender equality beyond the male/female binary

The debate about female eligibility regulations in athletics also reveals the indeterminacy of concepts like “gender equality” in international law, particularly when non-binary sex or gender is contemplated. In the Handbook, Ramji-Nogales revisits the category “women” as a political tool for solidarity and inclusion, while Emma Larking notes that “gender-based marginalisation affects all those whose gender identity unsettles established categories, including transsexual and intersex people”. Kathryn McNeilly proceeds from a non-binary understanding of sex and gender in her chapter on “queering the foundations of human rights”, while Giovanna Maria Frisso emphasises the need for intersectional and “decolonial” understandings of discrimination in order to address a broader range of embodied experiences in international law.

The need for such bridge-building between feminism and other critical perspectives, such as queer theory and third world approaches to international law (TWAIL), is evident in the case of World Athletics’ female eligibility regulations; they target women whose bodies do not fit neatly into a binary conception of sex and have come to be applied primarily to women of colour from the “global south”. World Athletics maintains that its regulations are “neither racist nor sexist” and the regulations’ explanatory notes insist that they are “in no way … intended as any kind of judgment or questioning of the sex or the gender identity of any athlete”. Nonetheless, the impact of the regulations is felt disproportionately by a certain subset of women.

Underlying the position of World Athletics is not only a binary conceptualisation of sex, but an understanding of sex and gender as entirely distinct. As Hilary Charlesworth notes in the Foreword of the Handbook, however, this distinction often raises the “spectre of essentialism”:

Toril Moi has suggested that distinguishing sex and gender is not always productive in feminist thought, especially as a basis for understanding subjectivity. She draws on Simone de Beauvoir’s observation in The Second Sex that ‘one is not born a woman, rather we become one’ to suggest that the body should be understood as a situation, rather than a biological entity.

The recent decision of the CAS does not address the overlap of the biological and the social, but rather sustains the paradox: On the one hand, the panel acknowledged that Caster Semenya was born and raised, has lived and run, and has always identified and been recognised in law “as a woman”. On the other hand, it concluded that her participation in the women’s category subverts fair competition, thereby implying that she is not a woman (at least in the context of sport). Otherwise, her sporting success would be a win, not a loss, for women’s sport and for gender equality more broadly.

Do women with and without DSD necessarily have “incompatible, competing rights”, as the CAS panel determined they do? Should gender equality be considered on an individual or collective basis? Is it productive to define sex/gender differently based on context? Further feminist engagement with international law is needed to answer these questions, and also to escape the double bind according to which gender equality is achieved by “protecting” women from men (and “insufficiently female” women) on the basis that the former are naturally inferior to the latter (or else they must not be women after all).

Feminism has already identified the problems with binaries, but further conceptual and structural development is necessary to move beyond them so that international law can meet people where they are and as they are, including in the fluid spaces between the public and the private, the male and the female.

Michele Krech is a Doctoral (JSD) Candidate at New York University (NYU) School of Law. She is currently studying normative contestation, continuity, and change in global sport governance, particularly in relation to institutional interpretations of gender equality. She was retained as a consultant by counsel for Caster Semenya in her claim against World Athletics before the Court of Arbitration for Sport. 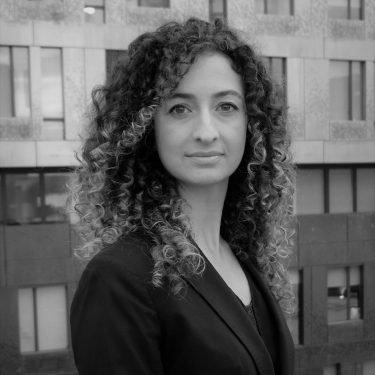 Michele Krech
Michele Krech is a JSD Candidate and SSHRC Doctoral Fellow at NYU School of Law. She was retained as a consultant by counsel for Caster Semenya in the proceedings before the Court of Arbitration for Sport discussed above. She also contributed to two reports mentioned in this blog post: the Report of UN High Commissioner for Human Rights, Intersection of race and gender discrimination in sport (June 2020); and the Human Rights Watch Report, “They’re Chasing Us Away from Sport”: Human Rights Violations in Sex Testing of Elite Women Athletes (December 2020).
Profil anzeigen
Artikel teilen
facebook twitter
Artikel drucken
Drucken