What sutras (principles) do we extract from the three chapters on Britain in Martti Koskenniemi’s To the Uttermost Parts of the Earth (TUPE)? Part III of the book has three chapters—8,9,10 covering years between 1394 and 1869—on Britain. These three chapters introduce us to a remarkably large number of thinkers in the centuries it covers. The result is a kaleidoscopic text, almost exclusively based on old books, of telescopic restatements of the works on Britain and empire. Thinkers come after thinkers as Koskenniemi’s fluent text informs the readers of their place in the history of legal ideas. As a result, it recenters European men in our discipline’s history, a luxury of European armchair historiography. Koskenniemi bookends Part III between Edmund Burke (p. 561) and Robert Phillimore’s justification for “intervention” as incidental to the “rule of equality of states” (p. 793). TUPE would be the compulsory textbook I will enter my classes on the history of European legal imaginations with. But will I also end my class with it? Let’s see.

When not talking about the Englishmen, Edmund Burke—the famous prosecutor of Warren Hastings for his breach of agreement with Raja Chait Singh of Benaras, among his other “misdemeanors”—would opine on the French Revolution. TUPE’s Part 3 on Britain begins with Burke: Burke advocated for common law as the accumulation of “deeper wisdom” against the legislature and statutes.

Working under royal prerogative, Koskenniemi tells us, British seamen by the 18th century made regular but eclectic use of the idioms of law of nature and nations. It is this eclecticism that for Koskenniemi strigs the European thinkers and judges together in a garland of legal continuity. Since power of the British state was inseparable from the prosperity of the Englishmen, commercial freedom, as liberty came to be defined, sat compatibly with its absence in the four corners of the growing British Empire (p. 563). Chapter 8 sees a dialectic between royal prerogative and “right to property” allowing the British Empire’s ability to “give law to the world” (p. 564).

At the root of British prosperity—and French poverty—were “better laws” in England where the Monarch taxed his subjects but with the latter’s consent (p. 565). Utopians soon joined the conversation. Thomas More, a King’s Bench justice, argued that human beings are united more by “kindness than contracts”. Such utopians argued for favourable actions for traders injured in foreign lands by unfair laws (p. 567). They accepted slavery but rejected class that created imbalances of wealth.

Next, Thomas Smith argued that domestic prices increased since the value of the local currency was debased to discourage import. Clearly, domestic economy did not function in isolation. Invoking Thomas More’s Utopia, Smith advocated the colonization of Ireland since the English island was overpopulated. For Smith the Irish were uncivil and savage perfectly cut out for benefitting from the virtues of British colonization (pp. 570-71).

Privateering became an industry in Elizabethan England. In the war against Spain (1584-1604) only 34 out of the 197 were Crown ships. Augmenting the British naval hegemony was a combination of profits from privateering and nationalism. Issues of prize law, maritime matters, and crimes at sea involved routine application of the law of nations before the High Court of Admiralty. And it was civil law, not common law, that explained to the world the connection between the Crown and international law. Civil law, an off-shoot of Roman law, had a clearer exposition of the centrifugal application of laws beyond the immediate metropole. Civil law therefore presented English lawyers with a useful déjà vu on governing the seas and beyond as common law was local. Jennifer Pitts in Boundaries of the International, however, notes that the British notions of Roman precedents legitimizing the interests of the British subjects the world over “rested on a poor reading of Roman history” (p. 178).

Meanwhile, besides the spectacular cases of war and peace, ius gentium governed the conduct of trade and settlement by private actors, merchants, and companies. The popularity of civil law among the English soon faced the jealously of the common law. Civil lawyers split the law of nations into two: one that supported the king’s sovereignty and the universal nature of the private rights of Englishmen.

Edward Coke fought back. Coke argued for the alignment of the common law with natural reason to make common law export-worthy. Justice for Coke was far more important than legal theory, a concern of the civil lawyers, even as Crown prerogative began to cut into parliamentary powers. By creating monopoly, Coke argued, royal prerogative “harmed” the common Englishmen’s freedom of trade and commerce (pp. 579-83).

Corporations became an important part of early modern English governments as an extension of Crown powers beyond England. Companies working under Crown charters conducted foreign trade and brought wealth. They were answerable to courts but not to the Parliament. Through charters the king allowed the corporations to establish treaty relations with foreign powers. The charter empowered companies to conquer foreign territories that were not already under European occupation (p. 588). A purported universal law of reason, lex mercatoria—separate from the consent-based law of nations of diplomatic practices—was seen as “permanent and constant”. Trade thus became an instrument of statecraft.

Nowhere was this English statecraft more visible than in East Indies where Portuguese, French, and Dutch wrestled with English for monopoly. The British East India Company (the EIC) began its life in India “in Surat where the EIC received trading rights from the Mughal emperor in 1612” (p. 765). The EIC became the most powerful force on the Indian subcontinent “playing the local princes against each other, against the Mughal empire, and its European rivals” (p. 600). The English civil war, meanwhile, raised the question of king’s prerogative powers for overseas trade against parliamentary duty to guard the landed gentry.

England for a while was gipped with Hollandophobia; a popular sense according to which the Dutch were aiming at a universal monarchy (Chap. 9). International power now depended less over massive armies than on the “mastery of networks of vital economic supplies”; an ability that enabled “giving law to others” (p. 629). The Revolution in England led to the 1689 Declaration of Rights marking the victory of property rights and the end of Crown prerogative sans parliamentary consent (p. 632).

Enters John Locke (p. 633). The Civil war had the effect of making the subjects loyal to institutions instead of the king. Failure of the state to protect the person and property of its subject, for John Locke, freed the subjects from their “duty of obedience”. And unlike Hobbes, Locke did not imagine the state of nature as one of perpetual fear. Natural rights persisted even if the social contract was broken. While the normative basis of foreign policy was the Crown prerogative, the king exercised it as part of the trust the community had placed in him. The Lockean state was a “joint-stock” company (pp. 634-37). Capitalism wasn’t the fig leaf of royal ambitions but the medium in which civil peace and constitution existed.

Magna Carta of the Seas

The neutrality rules ensuing from Navigation Act(s) supported British control of the seas. While neutral trade “with” France was permitted, neutral trade “for” France by non-French ships attracted the sanction of the British neutrality rules. The British pursued this rule vigorously in the American War of independence. Any non-belligerent ship carrying goods for states at war with Britain was now an enemy ship. Europe naturally despised this British overbearance.

Blackstone (p. 648) then declared an “offence against the law of nations” in common law. The law of nations was a system of rules “deducible from natural reason established by universal consent”. And although compacts and treaties gave law of nations, in the absence of a global court, domestic courts were correct in applying it. The common law after all could hardly ignore the five-fold increase in Britain’s foreign trade (p. 653).

Adam Smith (p. 664) spoke on the back of David Hume who thought a sense of justice remained at the base of social relations and the law. A convention for Hume came from the individuation of property leading to “perfect harmony and concord” (p. 659). Nevertheless, Smith proffered a four-stage theory of human development; the spontaneous pursuit of individual interest led to the advantage of society as a whole (p. 664). It was the market that should lay down the conditions for government. Justice, as the duty of the state, was central to both Hume and Smith. For Smith, “commercial society” was the last stage of progress since passions become economic interest guaranteed by the law (pp. 666-67). Economic contract not “social” contract mattered for Hume and Smith. The multiplicity of laws for them represented the “complexity of the market” (p. 669).

Chapter 10 talks about “global law”. Britain rose to power with “liberties at home” and “authoritarian expansion abroad” (p. 699). The EIC was its epitome. In India, the EIC was caught between the Mughals in Delhi and the rising Maratha Confederacy. The paramountcy policy allowed the British to acquire suzerainty over many Indian princely states. The Mughals continued to give titles to the natives through sunnuds, grants, and firmans, until the British stopped this practice. The British Parliament meanwhile kept sapping the powers of the EIC even as it renewed charters until, despite John Stuart Mill’s advocacy, the EIC was nationalized in 1857 after the Sepoy Mutiny (p. 787).

China was not a colony of Britain like India. Britain’s run in with the Qing government led to the first and second opium wars (p. 779). China was forced to import Opium from British India (p. 782). Chinese ports were opened under unequal treaties China signed. It led to the system of extraterritoriality; the application of foreign laws on foreigners in China (p. 791). Phillimore supported this position in law (p. 793).

TUPE’s Part 3 is somewhat resistant to the methodological revolution in international law’s history although for a book on the history of “legal imagination” of European men, the weaving of the events in colony is much more tangible than it was in Koskenniemi’s The Gentle Civilizer of Nations. Koskenniemi’s engagement with India, the Crown jewel, is moderate (pp. 772-88). While discussing the 19th century, chapter 9 is similar to Rage for Order in that the latter covers “a global empire of law,” “ordering the Oceans” and “an empire of states”. However, Koskennimei covers five more centuries and Empires other than Britain. Effectively, Koskenniemi fashions a history of “ideas” and not the history of “actions”. The ubiquity of the white men in the colony notwithstanding, TUPE does not tell us that laissez faire was about putting European men in Asia, and not Asians in Europe.

But a focus away from “actions” reduces the history of international law from colonial encounters to a soliloquy of European men about law and empires, something that worries Koskenniemi (p. 12). More problematically, it decenters the agency of colonial subjects—native creditors, convicts, eloping lovers, princes, pirates, colonial bureaucrats, spice traders, and mercenaries—and the legal webs their actions spin between the metropole and the colony. Many of the ideas of the white men achieved refinement in the spinner called global legal history when, like the hand pulling of dough, many actors from the farm (colony) to the soup bowl (metropole) hand-pulled the noodles.

Historians of legal imaginations are therefore duty-bound to recover—not simply as description or apology but as contributary—the oriental side of the encounter, one that responded with actions, ideas, and lives, under the epistemologically auditing European gaze. Otherwise, we may forget that, as Duncan Derrett reminded us, for the “blending of indigenous doctrines and English techniques” in the colonies, the natives, like Raja Nandakumar, paid with their lives. The Raja had made the mistake of locking horns with Warren Hastings whose prosecutor was Edmund Burke who Koskenniemi began his account of Britain with.

In any event, for peoples’ pasts, and the prices they paid, to become global legal history, nursing geographical intimacies to the lands and actions on and about them is necessary. Otherwise, it produces, like Koskenniemi’s sutras, the lawyer’s history of legal imaginations. Anyhow, international law remained only incidental to this journey to the colonies, the uttermost parts of the globe. 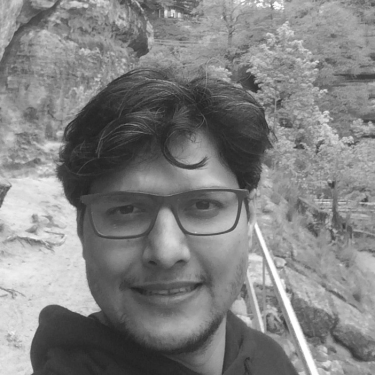