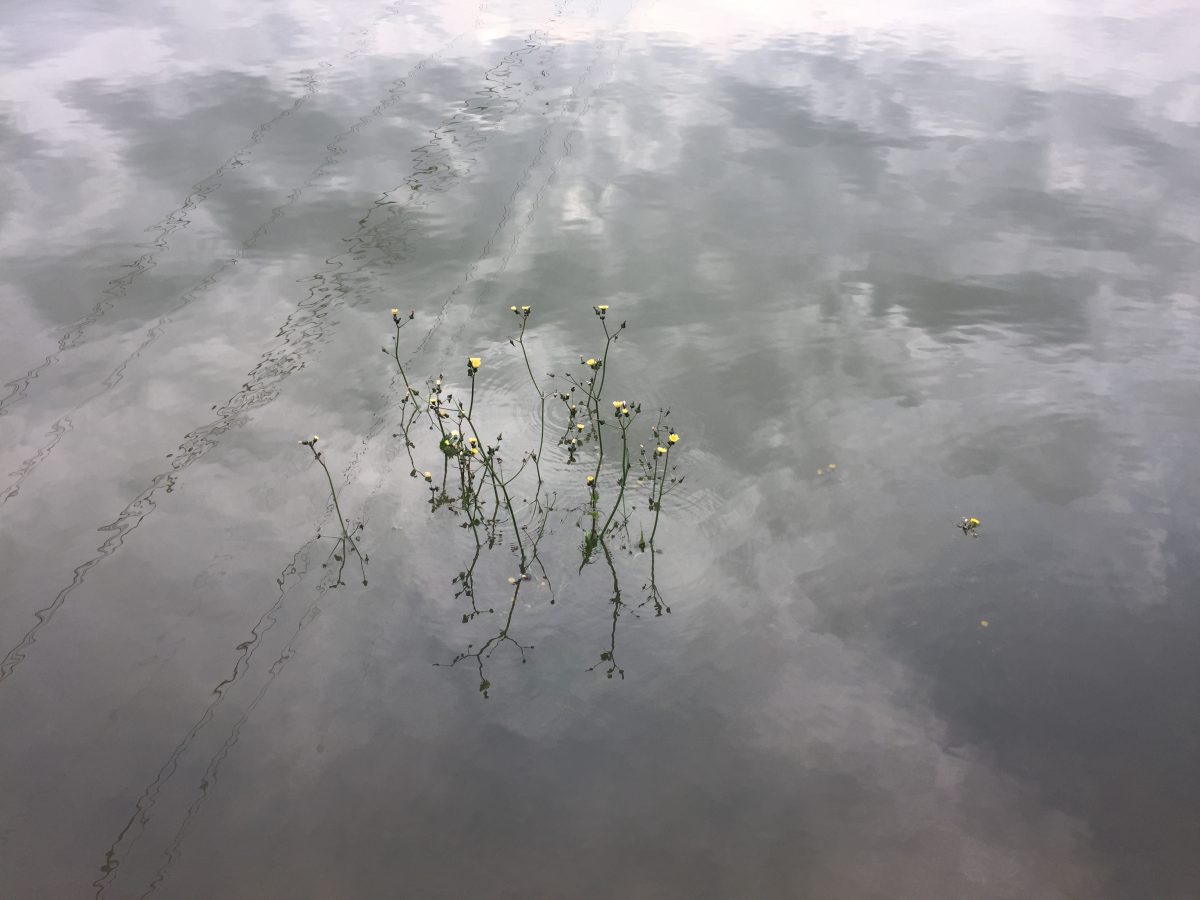 Of Infrastructures and Expectations in Times of Protracted Crises

When asked about the impact of the Covid-19 pandemic on their community, Deniz Deniz, the owner of a famous LGBTQIA+ (Lesbian, Gay, Bisexual, Trans*, Queer, Intersex and Asexual) bar in the center of Istanbul, concludes their grim assessment by recalling that “our life is all about fighting, creating, destruction, and re-creation” (Deniz Deniz 2021). As a matter of fact, while the current world circumstances appear to be unprecedented, Deniz Deniz’s statement reminds us of the specific pervasiveness and permanent character of those historically endured by their community’s members. Yet, the legal regime dedicated to protecting them is recent – some of it, if not all, even belongs to what the literature has coined “new rights”. Thus, how do we make sense of the belatedness of said regime’s advent against the backdrop foundational rhetoric of human rights promising protection for all human beings? And beyond that, what does the convergence of a so-called ‘crisis’ – such as the Covid-19 pandemic – with the acute need for accrued protection tell us about the ways in which the system actually produces, or at the very least reinforces, the vulnerabilities it is expected to dispel, Abbas (2010: 12–13)?

The present text is a first attempt at critically grasping the concomitant representation and effectuation of vulnerability in/through the official human rights discourse concerned with LGBTQIA+ people throughout the Covid-19 pandemic. I will do so by introducing the conceptualizations of vulnerability put forward by Judith Butler, based on the notion of infrastructure, and by Estelle Ferrarese, based on that of normative expectations. Both notions, following Ratna Kapur’s seminal queer critique of human rights, will help me shed light, in a conclusive section, on the in-built conservative forces and radical potentialities that have shaped the relentless advocacy work carried out by the United Nations Independent Expert on Sexual Orientation and Gender Identity (IESOGI) since the beginning of the pandemic.

Enjoying a recent academic revival (Ferrarese (2016: 150)) including with the present Symposium, the concept of vulnerability has been used in and criticized by different scholarly traditions and disciplines. The law itself is another discourse which identifies categories of vulnerable populations in order to afford them more and/or more specific protection (Ferrarese (2016: 151)). Yet, in spite of current hyper emergency law-making, vulnerabilities persist, especially for LGBTQIA+ individuals. This apparent contradiction is in fact the byproduct of an epistemological tension inherent to the human rights discourse, that is, according to Ratna Kapur, “how pursuits of human rights have an impact on precarious desires, and how these pursuits, while conferring recognition and legibility, not only reproduce the normative framework in which precarity and precarious identities are addressed, but also clearly incorporate the rights-seeking subject and illegible non-subject within a space where freedom is strongly defined in terms of the market and consumer agency” (Kapur (2019: 56)).

Kapur’s take is based on Judith Butler’s work on precarity and grievable lives where the latter crucially highlights the limitedness of who is considered human in liberal societies. In this perspective, human rights become a regime of exclusionary recognition rather than one of justice-serving (Kapur (2019: 57–58)). In other words, on the one hand, those who are not recognized, cannot claim injury nor receive redress for it while, on the other hand, even when (partially or fully) recognized, said “recognition of the injury or harm can in fact reinscribe the injury or harm rather than successfully mitigate it by addressing/resolving the broader social, historical and economic conditions that have produced the discrimination, harm or injury.” (Kapur (2019: 58)) In Turkey, like in many other countries where the current pandemic has further diverted public resources, claiming a queer identity otherwise not criminalized can subject you to hate speech and discrimination when seeking assistance from the authorities.

But more fundamentally, the very emergence of the so-called “new” human rights regime specifically dedicated to LGBTQIA+ persons is itself a symptom of the exclusionary recognition underlying the universal human rights regime. However universal, upon its inception, said regime lawfully excluded from its scope colonized peoples and only understood sex in a biological and binary sense. Therefore, before the existence of their specific sub-regime queer individuals, their injuries and related claims were not recognizable by the system. Since its elaboration over the past two decades which contributed to a somewhat destabilizing enlargement of the original scope of the whole regime, these individuals, their injuries and related claims have become recognizable but only in fact insofar as they fit the expected legibility of a liberal, capitalistic, patriarchal, postcolonial governance. While thereby posited, this exclusion-reduction-based epistemological tension deserves further investigation to better understand the relevance of its continuous appeal to those it constraints in order to (perhaps) protect.

In a recent co-edited volume following an Istanbul-based conference dedicated to investigating the relationship between vulnerability and resistance, Judith Butler links the notion of vulnerability to that of infrastructure(s) (or lack thereof) – understood, I will posit here, in a non-Marxian sense. While her reflection on the vulnerability-infrastructure nexus is multilayered, here suffices to recall two important elements of it. First, she “theoriz[es] the human body as a certain kind of dependency on infrastructure, understood complexly as environment, social relations and networks of support and sustenance” (Butler (2015: 21)). Added to her conceptualization of “embodiment as both performative and relational”, this theorization allows her to think of vulnerability as both (infrastructural) dependency and (relational) interdependency. This therefore contributes to recast vulnerability as a “way of being related to what is not me and not fully masterable”, departing from a widely accepted understanding of vulnerability as a “subjective disposition” (Butler (2015: 21–25)).

Second, and because the discourse on “vulnerability” is, as such, neutral (Butler, Gambetti and Sabsay (2015: 2)), Butler suggests to reframe it by doing away with the usual opposition with resistance: “vulnerability, understood as deliberate exposure to power, is part of the very meaning of political resistance as an embodied enactment” (Butler (2015: 22)). With such reframing and the previous one, she is able to re-link vulnerability to agency so that institutional and legal labelings of vulnerability, such as that produced by the human rights discourse, can (and do) actually co-exist with modes of political resistance (Butler (2015: 24–25)) – if they are not, and this is my adding here, co-substantial. Such consubstantiality informs, for instance, (openly gay) Prof. Douglas Sanders’ intervention in favor of gay rights in 1992 in front of a UN organ (Kayal, Parker and Weissbrodt (1993: 457)) or the drafting by queer civil society and experts of some of the seminal human rights instruments for LGBTQIA+ people (cf. The 2006 Montreal Declaration and 2007 Yogyakarta Principles and 2017 Principles Plus 10).

That said, these are expressions of vulnerability-in-resistance in so-called normal times, that is before the Covid-19 pandemic hit and (apparently) stopped the world in its course. Yet, the very opposition between normal times and times of crisis has been questioned by feminist and queer scholars in international law. The pandemic’s management by domestic and international institutions is yet another meaningful illustration of crisis governance in the making. We therefore live in (liberal) times of protracted crisis where the ‘new normal’ is itself a construction which serves to obliterate that precarity (and associated vulnerabilities) has been normal for many long before the pandemic, and other recognized crises, radically transformed our living conditions. Assuredly, and in light of Butler’s framing of vulnerability, it has further disrupted, in number or in intensity, our ‘usual’ dependency and interdependency networks. This means that for individuals and communities whose networks were already fragile and/or counter-hegemonic such as LGBTQIA+ ones, their experience of vulnerability, that is their (deliberate or forced) exposure to power, if not new, has intensified.

A succinct analysis of the relentless advocacy work carried out by the United Nations Independent Expert on Sexual Orientation and Gender Identity (IESOGI) since the beginning of the pandemic is a remarkable illustration of the enabling function of normative expectations aimed at recognizing and redressing certain vulnerabilities. Established in 2016, following intense campaigning by the relevant civil society and interested states, the IESOGI is the most recent international institution dedicated to the protection of LGBTQIA+ people from violence suffered because of their specific identities and one of the latest Special Procedure mechanisms (since the first one established in the early 70s). In the context of the pandemic and in addition to numerous individual statements and a report on the “impact of the coronavirus disease (COVID-19) pandemic on the rights of LGBT persons”, the IESOGI co-issued with other human rights experts an important collective statement on 17 May 2020, the International Day against Homophobia, Transphobia and Biphobia and, one day later, released the so-called ASPIRE guidelines for a COVID-19 response free from violence and discrimination based on sexual orientation and gender identity.

As to the statement, the fact that it was co-issued by more than 50 different (and non-LGBTQIA+-specific) human right experts/entities can be seen as a testament of Butler’s framing of vulnerability as (relational) interdependency. Further, its title – “COVID-19: The suffering and resilience of LGBT persons must be visible and inform the actions of States” as well as its concluding sentence sheds light on the penetration of (institutional) human rights discourse by normative expectations at times, in criss-crossed ways. Echoing the issues of recognizability mentioned earlier, the statement epitomizes both states’ and LGBTQIA+ communities’ contrasted normative expectations constituting the latter’s vulnerability(-in-resistance). The acronymic ASPIRE guidelines further this reckoning by centering “LGBT and gender diverse persons”’ normative expectations in the processes of human rights-based design, implementation and evaluation of Covid-19 specific measures. When the “A” of ASPIRE always–already stands for “Acknowledg[ing] that LGBT and gender diverse persons are everywhere”, the distribution of “public speakability” inherent to vulnerability politics gets queered and vulnerability can then become a place of learning and building a truly common and immodest future (Ferrarese (2019: 89 and 91)).

This text is adapted from an intervention at Kings College’s Transnational Law Institute’s Focus Seminar on “Vulnerability As Protection Or Exclusion? Vulnerability And Responses To Climate Change And Covid-19” (19 November 2020). I wish to thank Dina Townsend for the kind invitation. I further wish to thank Noémi Michel for her own writings on Judith Butler and for her generous introduction to Estelle Ferrarese’s and Asma Abbas’ writings, as well as Nesa Zimmermann for her insightful comments on a first draft of this text. 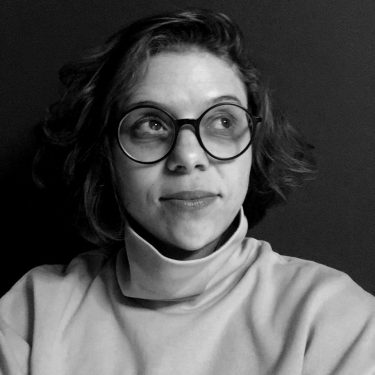 Bérénice K. Schramm is Assistant Professor of Law at Bahçeşehir Üniversitesi in Turkey. Her research focuses on critical approaches to international law.