Nudging from the Distance

Ever since I first took part in a moot court competition, I secretly hoped that one day I will be able to help and encourage others to take part in them as well. Of course, I might have secretly imagined myself moving straight from the podium to the judges bench. But over the years that I spent judging moot courts and participating in pre-competition trial-rounds, I grew to be in awe of the work and dedication invested by the coaches.

I never saw myself as a “coach”. I don’t think I have the rigour required for such a demanding task. Yet I’ve always felt that it would, in its own unique way, be a good challenge for someone passionate about mooting. In a sense one ought to become a bridge between the worlds for a while. Someone who not just advices and gives guidance but who also ensures that the team is well versed in the rules of the game to be a formidable sparring partner for the judges during the pleadings.

Every game has rules, and respect for these rules is sacrosanct. Being part of a community of judges made me aware of the possibilities to share my knowledge and meet people who are as passionate about the game as I am. It was judging national rounds of Jessup in Belarus that kick-started the “snowball effect” which would eventually lead me to the choice I had to make in 2020 – to coach, or not to coach.

The invitation to travel to Ukraine and to be a part of 2019 Jessup Summer School in Lviv was more than welcome for me after a phase of struggling with international legal academia. Ever since my third year of law school, back in 2006, when I had been a part of the Jessup pandemonium as a nervous and overweight geeky Eastern-European, I knew that this was like pledging for the secret society – one way in, no way out. Therefore, it was an ever so delightful opportunity to take a step forward from memorial grading into the world of rhetorical skills and argumentation – from grading memorials and judging an odd round here or there to trying to explain what it was that kept me coming back to Jessup year after year.

It was the Jessup Summer School of 2019 in Lviv that convinced me to stick around in academia for a while longer. And the 2020 edition of that same summer school only solidified my choices. It’s not like I really missed my old job as a bouncer – then again, never say never, be agile and clever. Guiding my team, the glorious “Vikings”, through the tests and hardships of the summer school gave me ample reasons to believe that I still had something to teach. So, it was with a note of skepticism that I accepted to assist the Ukrainian Vasyl` Stus Donetsk National University team to prepare for the 2021 Jessup competition.

Concerns Of a First-Time Coach

My main fear was grounded in the fact that it was my first time as a “coach”. Coaching wasn’t just about giving tips or pointing out reading material that might be of help to prepare the students’ arguments. It was about making sure that they would both learn from the experience and gain valuable knowledge as “speakers” of the law. And most importantly, it was about taking responsibility. Not just for my own actions, but also for them and theirs.

“Digital society” and “interconnected world” are great slogans until you have to put them into practice with young aspiring minds amidst a national crisis. For them, it was both a challenge and a testament to their will to persist against all odds. For me, it was an opportunity to try out something new and prove to myself that I could still hold my ground and plead a case.

The distance between Estonia and the Ukraine was not helping, but as an Estonian saying to people that you are not comfortable with “digital technologies” earns you strange looks. Therefore, equipped with the experience of a “digital” edition of the 2020 Jessup Ukraine Summer School, I decided to dive into unknown waters.

Having a meaningful “coach-team” relationship is hard even when sharing the same time and space, geographically speaking. It’s about striking a balance between pushing them further into the case and pulling back when the tension gets too much to bear and/or it seems that the time is ripe for a combative discussion among team members.

I had to take into consideration, among other factors, that the university had had a steady mooting tradition prior to the Russian-Ukrainian conflict breaking out in the Donbas region that led to the relocation of the institution and caused a rift in human relationships. This was going to be their year of returning to the competition. For them it was about more than just law, practice and prestige. It was about proving they had never actually left.

I knew from personal experience that finding motivation is one thing, keeping it throughout the whole competition is another, especially when there is no “community” to fall back on. No constant reminder that you are, in the best sense of that term, just another “brick in the wall”. I had my regular timeslot in which to talk the students through the case and help them with the preparation of their arguments, yet most of the time they were on their own. I would have to be the teacher who leaves the kids alone, yet who would rather not leave.

It always felt like abandoning them when I left the “conversation” on Microsoft Teams, hoping they gained some insight into what was in store for them when the “battle of the wits” ensued. I felt cheerfully enthusiastic to be able to talk international law. Yet I knew that there was no possibility for them to have a conversation with me away from the group or to just ask me something whenever I was around. They had to plan their work even more than I did, even though I was supposed to be the one to plan for them and prepare them.

Notwithstanding the connectivity issues or time zone differences, this year’s Jessup was a unique experience. Teams from all over the globe could finally come together in an unprecedented sense of unity and drive towards knowledge and skills. I had a chance to witness the growth of character and minds excelling in argumentation and legal narrative. Even more, I had a possibility to be a part of something bigger. To toss my coin to the altar of knowledge and contribute to the growth of young legal minds all while being separated from them by distance and technology.

I know that times have changed for good. But I also know that there will always be the “spirit of the Jessup” that will prevail against all odds. I’m sure that there are those who said that it cannot be done. And it warms my heart to know that I was a small cog in a big machinery driven by pure strength of mind and willpower, that proved them wrong.

Jessup is not about the form, it’s about substance. And that “substance” are those people who come together every year to make it happen. Every one of them – room administrators and organizers, judges and coaches, students and volunteers – are “one of a kind”. Every one of them is the “spirit of the Jessup”. 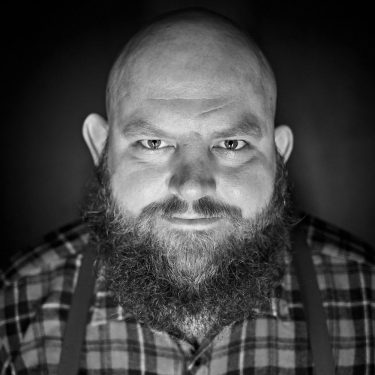 Aleksandr Popov (LL.M. in Public International Law, University of Helsinki; MA in Legal and Political Theory, University College London) is a lecturer in international law with Estonian Business School and Estonian Military Academy and a school teacher with Collegium Educationis Revaliae. In addition to his academic endeavours he is also a columnist and a blogger.