Enforced disappearances as a long-standing practice in Turkey

On 16 June 2017, 40-year-old Murat Okumuş was abducted in broad daylight by several plainclothes men in Izmir, Turkey’s third largest metropole. The abductors arrived in two unmarked cars, pushed Mr. Okumuş into one of them and drove off after telling astonished onlookers that they were police. Officers dispatched to the area told eyewitnesses, based on the license plates they saw on security camera footage, that the abductors were indeed with the police (counter-terrorism unit), but that they could not intervene. It seems like no one has since seen or heard of Mr. Okumuş. This was by no means an isolated incident. Several other individuals with alleged links to the Gülen movement, which the government has accused of being behind the July 2016 coup attempt, have been disappeared. Some have since re-appeared. Others, like Mr. Okumuş, remain missing. Families inquiring into the whereabouts of their loved ones have faced a wall of silence.

At first glance, this is remarkable. After all, Turkey is a nominal democracy, an EU accession country, a member of the United Nations and the Council of Europe and a state party to their human rights treaties, including the European Convention on Human Rights (ECHR), and subject to the jurisdiction of the European Court of Human Rights (ECtHR). In such a country, individuals are not ought to be disappeared by the authorities. And yet, for those of us who know Turkey all too well, this is just new wine in old bottles.

The Turkish state has been disappearing its unwanted citizens since, at the very least, the phase after the 1980 coup d’état. The peak was in the 1990s, when the Kurdish region was torn apart in a violent civil war between the Turkish military and the Kurdistan Workers’ Party (PKK). Hiding behind emergency justifications provided under international human rights law, Turkey was engaged in atrocious violations that were characteristic for Latin American military dictatorships. Turkish security forces and their proxies were subjecting civilians to collective punishment, sometimes for no other reason than being Kurdish or for their actual or perceived sympathies for the PKK. In cities, civilians were dragged into cars, in many cases never to be seen again. At best, their tortured and bullet-ridden bodies were found on the side of a road. Kurdish lawyers, politicians, activists, journalists and doctors who dared to speak up against state violence were summarily executed. In remote rural areas, villagers were forced to become paramilitaries and fight with the military against the PKK or else face forced displacement. Entire villages were set on fire, at times with animals and humans inside the burning buildings.

The handful of cases concerning enforced disappearances in the Kurdish region that managed to find their way to Strasbourg provide important insights into the nature of these atrocities. In rural areas, villagers were disappeared after military raids (e.g. 2001 Çiçek v. Turkey) or abducted by plainclothes men known to be security forces (e.g. 2004 Tahsin Acar v. Turkey). In urban centres, individuals were disappeared after being detained by security forces (e.g. 2000 Ertak v. Turkey) or abducted by plainclothes men often arriving in a white Renault car, carrying two-way radios and introducing themselves as police officers (2008 Osmanoğlu v. Turkey). In some cases, cars abducting the victims had licence platesbelonging to security forces (e.g. Avşar v. Turkey) and/or were driven straight into police or gendarme stations. In others, individuals were disappeared after last seen entering the gendarmerie stations. The most high-profile case concerned the disappearance, in 2001, of Serdar Tanış and Ebubekir Deniz, two politicians from the pro-Kurdish People’s Democracy Party (HADEP), after they were summoned to the gendarmerie station. They remain disappeared to this day.

Just as enforced disappearance was a practice of the Turkish state in the 90s, so was government denial. Families of the disappeared encountered official denial and impunity in their quests for truth and justice (WGEID 1994 Annual Report, para. 396). Even in instances where eyewitnesses had seen the disappeared individuals being detained by the security forces, the authorities would uniformly deny that detention ever took place and claimed, without any evidence, that the missing individual had voluntarily joined the PKK (e.g. 2000 Timurtaş v. Turkey) or had been kidnapped by the PKK (e.g. 2017 Kurt v. Turkey).

Standing before the ECtHR as a supranational court of law with strict evidentiary rules which deems the principle of subsidiarity to be of paramount importance, Kurds found it extremely difficult to convince the court that enforced disappearances were a matter of state policy in the Kurdish region. Such a ruling would have been of great importance for future claimants, particularly under two aspects. On the one hand, it would have relieved the applicants of having to exhaust domestic remedies in Turkey, which effectively did not exist, due to the aforementioned denial by authorities and the judiciary’s complicity with state violence. On the other hand, it would have alleviated the evidentiary difficulties of proving the elements of the crimes attributed to the state, namely the violations of the right to life in the absence of a body and the state responsibility amidst government denial that the disappeared had ever been detained.

The ECtHR built an important jurisprudence finding, inter alia, violations of the right to liberty and security in the unacknowledged detentions of missing persons and to effective remedy in the failure of the authorities to conduct meaningful investigations into disappearances (e.g. 2017 Kurt v. Turkey; 2000 Timurtaş v. Turkey). And yet, when it came to the crux of the matter, the ECtHR refrained from saying that the Emperor was naked; namely, that the Turkish state itself has actively engaged in the practice of enforced disappearances. In the case of 1998 Kurt v. Turkey, where the applicant cited the WGEID’s report that the highest number of globally reported enforced disappearance cases of 1994 came from Turkey (WGEID 1994 Annual Report, para. 402), the ECtHR responded that applicant rested her case “entirely on presumptions” and failed to adduce “any evidence to substantiate her claim” (para. 108, 145–146). The ECtHR could have, as Amnesty International and the applicant urged it to do, followed the example of the Inter-American Court of Human Rights (IACtHR) in the Honduran cases. In Velásquez-Rodríguez, the IACtHR had allowed circumstantial evidence on the grounds “that the policy of disappearances, supported or tolerated by the Government, is designed to conceal and destroy evidence of disappearances” and the disappearance of an individual “would be impossible to prove” without “circumstantial or indirect evidence or by logical inference” (para. 124, 126). It concluded, on the basis of witness testimonies, media reports of public statements by high-ranking authorities and the amicus curiae of human rights organizations, that Honduras had engaged in a practice of enforced disappearances (para. 147-148). The judgment showed that it was legally possible for a supranational human rights court to find state practice in one case alone, where the applicant’s claims are supported by circumstantial evidence such as reports of independent organizations and news media. And yet, the ECtHR did not follow suit.

Over time, the ECtHR effectively accepted the existence of a victim profile in cases concerning enforced disappearances in the Kurdish region (e. g. 2000 Timurtaş v. Turkey). In a case where an individual was disappeared after his abduction by two armed plainclothes men carrying walkie-talkies who introduced themselves as police officers, the ECtHR observed that “the manner of his abduction shows many similarities with the disappearances of persons prior to their being killed in south-east Turkey at the relevant time which have been examined by the Court” (2008 Osmanoğlu v. Turkey, para. 58). And yet, it still stopped short of finding an administrative practice. The closest the ECtHR has come to the Inter-American approach was in the case of 2012 Er v. Turkey, where it noted “the pattern of disappearances of large numbers of persons in south-east Turkey between 1992 and 1996” (para. 77). Yet, once again, it did not conclude that Turkey engaged in enforced disappearances as a matter of state policy.

Neither has the ECtHR pushed the Turkish government to adopt measures to meet the families’ demands for truth and justice. As much as it has repeated the baseline notion that effective remedies under the ECHR require not only monetary compensation but also, where possible, the identification and punishment of perpetrators, it did not use its powers under Article 46 of the Convention to call on the Turkish government to carry out effective criminal investigations into enforced disappearances. In another departure from the IACtHR, the ECtHR has never called on the Turkish government to, for example, uncover the burial sites and preserve and exhume them in a systematic way and in accordance with international scientific standards, identify and prosecute perpetrators, remove from its security forces individuals who engaged in enforced disappearances and other gross violations, guarantee the families’ and the judicial authorities’ access to official archives. The recommendation of such measures would be in line with the Court’s more active stance in other cases, where it has recommended individual or general measures under Article 46 ECHR; including a 2013 judgment where it called on Turkey to carry out effective investigations to identify and prosecute those responsible for the indiscriminate aerial bombardment of two Kurdish villages in 1994, resulting in the killing of 34 civilians (2013 Benzer and Others v. Turkey). What is remarkable about 2013 Benzer and Others is that while condemning Turkey’s unwillingness to establish the truth and punish the perpetrators, the ECtHR did not address its own responsibility in condoning this behaviour in 2006 İçyer v. Turkey. In this inadmissibility decision of 2006, the ECtHR had found a new compensation law adopted by Turkey to be an effective domestic remedy, although the law provides partial compensation to only a small group of Kurdish victims and does not entail even a promise of truth and justice, and rejected up to 1,500 pending applications (2016 Doğan and Others v. Turkey, para. 6) concerning state violence, including enforced disappearance cases. Motivated by self-interest to ease its docket crisis, the ECtHR thus not only abandoned its established case law but also endorsed Turkey’s impunity regime.

It should come as no surprise that Turkey continues to disappear its dissidents; it has always been and remains an authoritarian regime. As of August 2020, the total figure of disappearances transmitted by the WGEID to the Turkish government has reached 234 cases (WGEID 2020 Annual Report, p. 32), while according to domestic NGOs, the number is over 1,300. Certainly, the recent torture and disappearances of individuals with alleged links to the Gülen movement dwarfs, in terms of quality and quantity, when compared to the collective punishment of the entire civilian population in the Kurdish region in the 1990s. Yet, there are also common threads: Then and now, individuals are labelled as terrorists without a trace of evidence, at best put behind bars without any due process safeguards and at worst taken off the street in broad daylight and disappeared. While a few are thus physically removed from social life or just life, the ones left behind are silenced by example. For they have been shown time and again that what makes state violence possible is not only the complicity of an entire state apparatus, but also the appeasement of the international community. 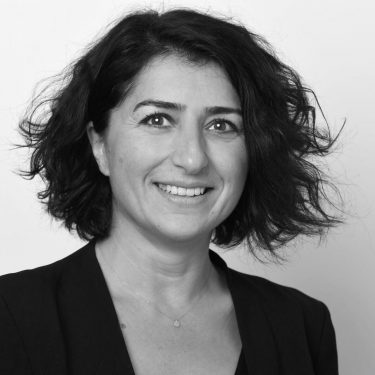 Dilek Kurban, PhD, JD, is Fellow and Lecturer at the Hertie School. Her research interests include supranational human rights courts, the European human rights regime and legal mobilization, with a particular interest in authoritarian regimes and a regional focus on Turkey.