A step forward in the fight against impunity

Enforced disappearances often result in impunity, which is a “distinctive trait” of such crimes (UN Working Group on Enforced or Involuntary Disappearances, 2020 Annual Report, paras. 1, 93). A range of factors can contribute to States’ unwillingness and/or inability to bring perpetrators to justice. This can include the jurisdiction of military authorities to investigate, prosecute and punish gross human rights violations. This post outlines the approaches of the UN Working Group on Enforced or Involuntary Disappearances (WGEID or the Working Group) and the UN Committee on Enforced Disappearances (CED or the Committee) to military jurisdiction over enforced disappearances in the context of States’ obligations to investigate and prosecute such crimes.

Military jurisdiction as a pretext for impunity

Several UN Special Rapporteurs on the Independence of Judges and Lawyers have also raised concerns regarding the independence and impartiality of military justice, noting that the military judicial system “is subject to pressure and interference by the military hierarchy” (2007 Report on the Mission to the Democratic Republic of the Congo, para. 15). Examples include military judges being “threatened or attacked by members of armed forces as an intimidation tactic to ensure impunity” (ibid, para. 38) or active-duty officers trying their own subordinates for human rights violations (1996Report on the Mission to Colombia, para. 140).

At the international level, no treaty-based international instrument contains specific provisions on military jurisdiction over gross human rights violations, such as enforced disappearances. However, Article 16-2 of the 1992 Declaration on the Protection of All Persons from Enforced Disappearance (the 1992 Declaration) stipulates that persons allegedly responsible for enforced disappearances “shall be tried only by the competent ordinary courts in each State, and not by any other special tribunal, in particular military courts”. Article 14 of the 1992 Declaration requires the prosecution and trial to be conducted by the “competent civil authorities of that State”.

Notable principles that also address this issue include Principle 29 of the 2005 Updated Set of Principles for the Protection and Promotion of Human Rights Through Action to Combat Impunity and Principles 8-9 of the 2006 Draft Principles Governing the Administration of Justice through Military Tribunals (Decaux Principles).

Under, inter alia, Articles 13 and 14 of the 1992 Declaration, States shall investigate and prosecute enforced disappearances. In line with Article 16-2 of the 1992 Declaration, the Working Group has recommended that ordinary courts’ jurisdiction should be guaranteed for human rights violations, regardless of whether the perpetrator was a member of the armed forces (e.g. WGEID 2007 Mission to Honduras, paras. 38, 66(a)(iv); 2012 Mission to Pakistan, para. 74). This should be codified in domestic criminal legislation (WGEID Best practices in national criminal law on enforced disappearances, para. 57). The Working Group has also highlighted that bringing perpetrators to justice before competent civilian courts is a crucial preventive measure (see, e.g. WGEID 2005 Annual Report, para. 599).

“under certain circumstances, some States, such as those in post-conflict situations or States transitioning to democracy, should consider extending the prohibition of trial by any special tribunal, including a military tribunal, to include pretrial investigations, in order to restrict the participation of institutions and agencies that are suspected of committing or having committed enforced disappearances.” (para. 40).

The Working Group’s rationale is reflected in its assertion that victims and their relatives are denied access to justice where military justice systems lack the necessary independence and impartiality to address human rights violations, making it “extremely difficult to end impunity” (WGEID 2011 Mission to Mexico, para. 38).

Under, inter alia, Articles 6 and 12 of the 2006 International Convention for the Protection of All Persons from Enforced Disappearance (ICPPED or the Convention), State Parties are obliged to investigate and prosecute enforced disappearances. The Convention does not contain an explicit prohibition on military jurisdiction over enforced disappearances. This is due to diplomatic negotiations aimed at adopting the text by consensus (CED 2014 Report on 5thand 6th Session, para. 16).

The Committee’s position is underpinned by the notion that the “right to justice for victims implies respect for the principle of independence and impartiality of the courts” (2015 Statement, para. 1). Indeed, when addressing military jurisdiction in its Concluding Observations, the Committee has relied almost exclusively on Article 11 ICPPED, subsection (3) of which reads: “[a]ny person tried for an offence of enforced disappearance shall benefit from a fair trial before a competent, independent and impartial court or tribunal established by law”.

The Committee has repeatedly held that, as a matter of principle, military courts cannot provide the independence and impartiality required by the Convention to hear cases of human rights violations, such as enforced disappearance. It has therefore consistently recommended that State parties “take the necessary legislative or other measures to ensure that all cases of enforced disappearance remain expressly outside military jurisdiction and can be tried only by ordinary courts” (e.g. CED 2014 Concluding Observations on Belgium, para. 22).

It has made the same recommendation regarding investigations (e.g. 2013 Concluding Observations on Spain, para. 16). The Committee recently elaborated on the requirement of independence in the context of national legislation that did not specifically exclude military courts’ jurisdiction to “investigate allegations of enforced disappearances committed by military personnel” (CED 2019 Concluding Observations on Bolivia, para. 18). It recommended that “crimes of enforced disappearance allegedly committed by members of the armed forces are investigated and prosecuted by competent, independent and impartial prosecutors and judges who have no institutional ties to the entity to which the individual under investigation belongs” (ibid, para. 19).

The author would like to thank Mahdev Singh Sachdev, IBAHRI Legal Intern, for his research assistance for this post. 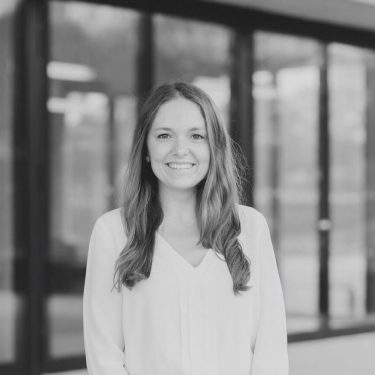