Mexico intellectual and organizer Gustavo Esteva uses “lodo” (lit. mud, Spanish), as an analogy to talk about violence in Mexico. For Esteva, the State and organized crime are no longer separate entities – they have mixed, erasing the independent properties of each, like earth and water turning into mud. This “mud” blurs any possibility of determining who is responsible for disappearances.

International law defines “enforced disappearance” as a form of deprivation of liberty, which is committed “by agents of the State or by persons or groups of persons acting with the authorization, support or acquiescence of the State” (article 2 of the 2006 International Convention for the Protection of All Persons from Enforced Disappearance, ICPPED). What happens, however, when the material authors of a disappearance are unknowable or unknown? How does this affect the legal prospects of those affected, as well as their ability to mobilize the support of the human rights community?

In this blog post I make two central points: (1) in contexts with “muddy” perpetrator identity, the legal registration of cases of disappearances is complicated; (2) when the perpetrator of “disappearances” are unclear, the ability of family members to gain support from the human rights community are also more complicated. While these issues are present in different contexts around the world, I draw on empirical evidence that I collected in my work as a researcher in Mexico to substantiate these claims.

The tragedy of disappearances has taken an enormous toll in Mexico – with at least 64,000 disappearances since 2006 according to the government’s own estimates. Corruption of State officials and collaboration with criminal non-state actors is, unfortunately, not particular to Mexico. As the demand for illicit goods and contraband continues to grow, the financial incentives for State agents not only to take bribes from criminal organizations but to actually become members themselves have grown throughout the world. When State agents and members of criminal organizations decide to resort to violence, there are many reasons why they opt to disappear, rather than murder, their victims. When it is desirable to hide violence, and to avoid punishment for murder, disappearances may increase (e.g. by Colombian cartels, see 2018Durán-Martínez, pp. 35-36). Most cases of disappearances lack forensic evidence; eyewitness accounts are rare, and they often are in legal limbo since without a body, it is hard to prove a crime was committed. These characteristics make them difficult to investigate.

Since 2006, as violence has exploded in Mexico, the ability to discern the perpetrator has become increasingly difficult. The material authors of disappearances are often a tangled mix of local, state and federal forces and their criminal collaborators. A 2011 report from the UN Working Group on Enforced or Involuntary Disappearances (WGEID) describes the blurry lines between ‘enforced disappearances’ with the involvement of the State (article 2 ICPPED) and ‘disappearances perpetrated by other actors’, giving a sense of how this complicates these cases’ legal status:

The lack of clarity around the perpetrators’ identity complicates classifying disappearances for both State and non-State actors. There are clear incentives for State officials to eschew State involvement in disappearances, since admitting the State’s role would activate legal mechanisms and sound national and international political alarms. In interviews with family members of people who had been disappeared, I often heard of cases in which there was concrete evidence that implicated police or military as responsible for a disappearance. When they reported the crime, however, the police officer or investigator taking their statement refused to classify their complaint as “enforced disappearance”, registering the case as “illegal deprivation of liberty” or “missing person” instead. Complicating matters further, until recently, Mexican States all had their own criminal codes, and some did not have the crime of “enforced disappearance” on their books. Even in States that have long criminalized it as a separate offense, State investigators still rarely apply this label, and most cases of disappearance are recorded under a distinct criminal category. In short, since cases of “enforced disappearance” inherently criminalize the State, the incentives for the State to register these disappearances are low – especially when there is plausible deniability because the material authors of disappearances may be connected to criminal groups.

(2) The Mismatch between Human Rights & “disappearances”

Violence perpetrated by private criminals is not considered to be a human rights violation within the scope of international human rights law, including the ICPPED. Because of this, as lethal violence perpetrated by a mix of State and members of criminal organizations increased in Mexico, the human rights community at first failed to react and to adapt their strategies – despite this unprecedented assault on the right to physical integrity. Joy Olson, the Executive Director of the Washington Office on Latin America (WOLA), a key ally of many Mexican human rights groups, pinpointed this paradox in the legal classification.:

Not until the disappearance of the 43 students of the Ayotzinapa teachers’ College in 2014 – in which local police were inarguably involved – did Mexico’s human rights community begin to shift their focus to the wave of lethal non-State violence in the country. Still, many organizations continue to draw lines between cases in which the State was directly involved, and cases where it was not.

The initial human rights frameworks were developed in contexts where there were meaningful distinctions between criminal and State perpetrators, and in which disappearances were mostly used to silence political opponents. It was hoped that the international community could legally and politically sanction States who persisted in the despicable practice of disappearing their own citizens. As the distinction between “enforced disappearance” and “disappearance” by private citizens have blurred, I argue that these frameworks need to be re-thought. As currently applied, similar cases are being adjudicated differently, and receiving unequal attention from the justice system and the human rights community. The bedrock of human rights theory and practice is the “inherent dignity and of the equal and inalienable rights of all members of the human family” (Preamble of the 1992 International Declaration on the Protection of all Persons from Enforced Disappearance). While these principles remain as applicable as ever, the current legal and theoretical frameworks around enforced disappearance are not affirming the inherent dignity of every disappeared person; nor facilitating just and equal outcomes. 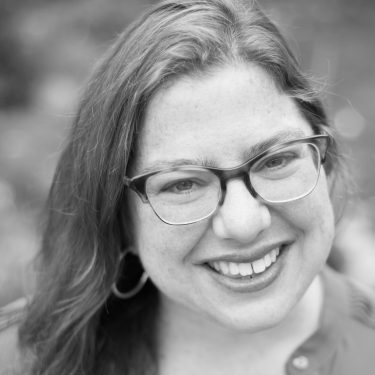 Janice Gallagher is currently an Assistant Professor of Political Science at Rutgers University-Newark. She is completing her first book manuscript, entitled “Bootstrap Justice, The Search for Mexico’s Disappeared.“