Doing Away with Hobbes

International Law, Normativity, and the Rule of Law

Carmen Pavel’s new book Law Beyond the State is a great example of how political philosophy of international law may be compelling, thought-provoking, and analytically razor-sharp. Its basic premise about the apparent tension between states willing to bear the fruits of international law and the cooperation it brings about, on the one hand, and their insistence on sovereignty, on the other, allows the author to explore a variety of avenues. I believe the book offers a fresh and compelling view of international normativity in a broader context of its political and legal design, and I agree with its premise, message, and conclusions. In this contribution, I would like to reflect on some aspects of the book that the author, as it seems to me, did not take far enough, and invite her to take a more radical view of international legal normativity.

Carmen Pavel presents her book as an attempt to address ‘the paradox of commitment to law’, which assumes that there is an opposition between autonomy and normativity, that rules always and intrinsically infringe one’s freedom. I fully agree with the author that this idea is based on a deep and pervasive misconception about the nature of normativity in general and that which exists in relations between states as political entities. I am talking about the powerful and mesmerising Hobbesian concept that states exist in the state of nature, characterised, among other things, by the absence of rules, which makes any talk of international law nonsensical.

States are not atomised self-contained and self-driven entities. A remarkable feature of Hobbes’s image of the statue of nature is that in it we only encounter adult, healthy, and capable individuals, quite likely men, who have no need of anyone and anything, as if they were never children, were never fed and provided for, never required support by kinship and social institutions to grow, survive, and learn (Judith Butler, The Force of Nonviolence, 36–37). This image is obviously unrealistic even as a thought-experiment. But more importantly, it distorts the nature and function of normativity by grounding it in an atomised individual rather than in a community which she must necessarily rely on. The same critique applies to the Hobbesian image of the international domain. It is obvious that states exist within bounds of co-dependence. This is typically presented as an outcome of globalisation, as if at least prior to globalisation states still existed in some kind of state of nature. This is still dubious, given the rich history of pre-classical international law (see, e.g., Onuma Yasuaki’s persuasive account which suggests that history of international law runs as deep as the history of known civilizations).

But there is a deeper problem behind the Hobbesian view of international law, which Carmen Pavel does not challenge. This is the problem of assuming that there is a space prior to, and beyond, normativity; that there is a domain in people’s lives that is free of normative guidance as to what is right or wrong, and in which each person acts according to her own judgment as to what she thinks is best and enforces her view as she sees fit. More importantly, this domain is pictured as being closer to what human relations actually look like. There is shadow of this conception in international law, too. The Lotus principle declares states free unless they have a specific legal obligation to follow, which implies that the actual original position of states predates, metaphysically and practically, legal normativity. The idea here (although it gradually loses popularity) is that freedom from law and from the normative commitment it requires is the starting disposition in which states exist, and that legal normativity is what states accept or enter into through an expression of consent, rather than what makes them meaningful as political and legal entities to begin with.

Realists build on this view of normativity by making use of Hobbes’s ethical theory and his state of nature hypothesis. But because the author only rebuts a more superficial layer of the Hobbesian image of international law and does not challenge its more fundamental premises, her critique of realism is not radical enough. I believe that what ultimately grounds realists’ normative assumptions is not merely that national interests should take priority over anything else and that the survival of the state is the top priority of all. The picture here is much more complicated, because the point behind self-preservation as the fundamental moral reason is informed by a larger scheme of seeing the international arena as the manifestation of enmity and hostility, which renders any normativity (moral or legal) a priori naive. This is partly why the realist message is so politically appealing since it reinforces the isolationist and exceptionalist narratives. But it also creates implications from the moral and legal perspectives. The ethics behind the realist position is indefeasible, but not because it denies that there are any moral oughts (it does not). It declares that in the state of nature you cannot really trust that there are any real moral oughts beyond self-preservation. Realists’ normative assumptions, therefore, only work in the context of war and hostility, and cannot apply beyond them. There is no other way, then, but to picture any engagement between states as existing in this context. Realists trap themselves in a world were moral scepticism and constant suspicion is the only option. It is a sad world, and I do not envy them.

Finding the International Rule of Law

Another point I would like to touch upon relates to the international rule of law—one of the most intriguing topics explored in the book. The concept of the international rule of law often causes confusion which relates to conceptual tensions implicit in the ‘ordinary’ domestic concept of the rule of law. For instance, there are constant oscillations between understanding the rule of law as representing legality’s existence conditions without which law simply fails to be law (e.g., Fuller’s desiderata), and understanding it as a set of principles of how legality should function. That is, the rule of law is sometimes portrayed as what makes the law possible to begin with or as a set of standards to which the law must live up to in order to be legitimate.

There is a subtle shadow of this oscillation in Carmen Pavel’s view of the international rule of law. Although I share her conclusions and the overall reasoning, what strikes me is the implicit connection that the book draws between the concept of the rule of law and international legality. On p. 88, the author writes (emphasis added):

Talk of a rule of law for the international realm cannot target law in the usual sense of the term, as a system of general, universally binding requirements, administrated by an institutional system characterized by clear hierarchies and equal access to courts for the peaceful and fair settlement of disputes.

What does it mean to speak of law in the ‘usual sense of the term’? Law is not universally characterised by clear hierarchies or equal access to courts which resolve disputes peacefully and fairly, and it seems a bit far-fetched to assume that these elements are essential for law’s conceptual identity. I think this quotation shows the duality of the rule of law: it operates as both an existence condition and a normative ideal. And although it can be both, it cannot be both at the same time, that is, we cannot simultaneously think of the rule of law as necessary for the law to exist and as something it ought to be according to one or another normative principle. Carmen Pavel tries to avoid this duality by differentiating between the rule by law and rule of law ideas; for law to exist it does not have to respect any moral imperatives associated with justice, equality, human rights, and autonomy. But there is a grain of confusion in seeing the rule by law as the most minimal conception of the rule of law to begin with. The rule by law merely entails the existence of law; that’s it.  It has no normative commitment as to how this law should manifest, what must be its design, how it should operate, and so on.

Thus, the question is: Why can we not speak of the international rule of law while using the usual sense of the term ‘law’? I think there are two conceptual threads that need to be woven together. One is about finding a proper understanding of the international rule of law as a normative ideal that reflects the virtues of international law. The other is about constructing the concept of law such that it does not prioritise the domestic version of legality and the conceptual baggage associated with it. The central concern of the rule of law known domestically (to protect individual autonomy from the dangers arising from the legal system, according to Joseph Raz’s famous account) assumes a functional and formal differentiation between those who make and enforce the law and those who are subjected to it. But should this basic structure implicit in the domestic rule of law inform the usual sense of the terms about law that we use? Why do we have to translate normative conditions into existence conditions?

I would like to end my contribution by stressing that reading Law Beyond the State is an incredible experience. The book is masterfully compelling and showcases why the political philosophy of international law is more relevant than ever, and what path it must take as a discipline. 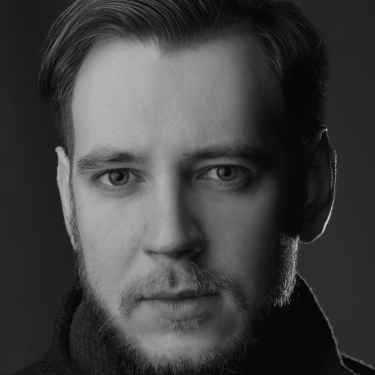 Kostia Gorobets is an Assistant Professor at the University of Groningen. His research focuses on analytical jurisprudence, as well as on theory and philosophy of international law.