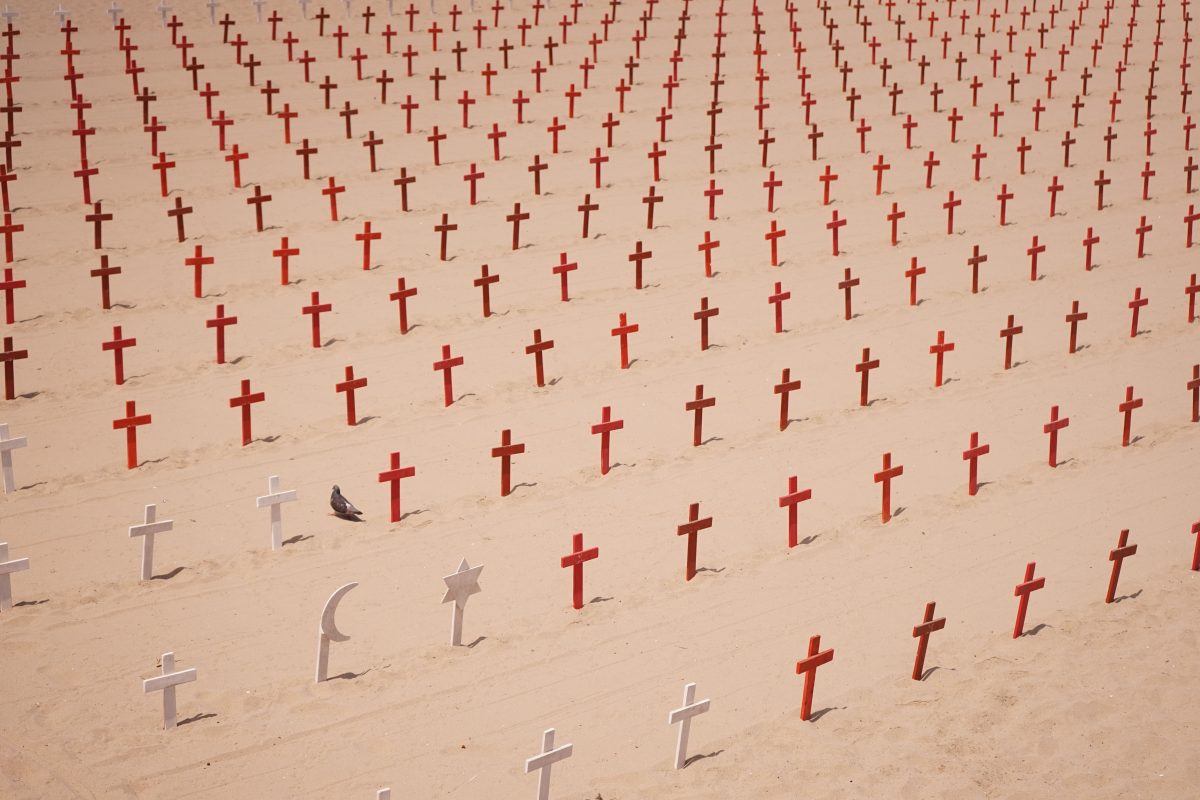 Photo by Nico Bistolfi on Unsplash.

Between Accuracy and Dignity

According to several news organizations, the Ukrainian forces use the facial recognition software Clearview AI to identify deceased Russian combatants in order to inform families about their kin’s death (here, here, and here). Disconcertingly, the Washington Post published unconfirmed evidence that the so-called ‘Ukrainian IT Army’ sent pictures of Russian soldiers’ corpses to their relatives in an effort of “psychological warfare”. Understandably, public opinion has been sharply divided between those who see facial recognition technology as a useful means of warfare and those who view it as a threat to privacy and personal dignity. Therefore, this post will explain the applicable legal framework and show how facial recognition software can be deployed with respect for the rights of the dead.

Identification of the Dead

As warfare has caused millions of fatalities, both the conventional and customary law of armed conflict provide rules for the treatment of the dead. Generally, the parties to an armed conflict are obligated to “search for, identify [emphasis added]and recover the dead from battlefield areas” whenever possible (Art. 33(4) Additional Protocol I, see also CIL Rule 112). Article 16 of the First Geneva Convention clarifies that states have to record “any particulars which may assist in” the identification of a dead person. This information may include the dead person’s name, date of birth, date and place of capture, allegiance, military rank, details about the cause of death, etc. Unsurprisingly, this indicative list does not include the recording of biometric data such as facial recognition for the simple reason that this technology did not exist when the Conventions were concluded (here, p. 1424). Considering Article 36 of Additional Protocol I, it has been argued that international humanitarian law is conscious of the inevitability of new technologies. Their legality, however, needs to be assessed against existing rules of international law.

Applying a textual interpretation, the commentary to the First Geneva Convention clarifies that the list of details which a party ought to record for identifying the dead in Article 16(2) of the First Geneva Convention is merely “illustrative and not exhaustive” (here, p. 559). Article 17(5) of the Third Geneva Convention adds in relation to prisoners of war who are unable to reveal their identity that “all possible means” should be deployed by the state party to identify the person. Keeping in mind that accuracy is another concern in identifying the dead, the commentary argues that “the Party should err on the side of inclusion” of identifying factors (here, p. 557). As facial recognition software can be a significant asset in accurately and speedily identifying deceased combatants, Article 16 does not rule out the use of this technology by the Ukrainian forces. As facial recognition technology not only helps to identify deceased combatants but has also proven useful in recording the circumstances of their deaths, one could argue that states are under an obligation to use facial recognition or comparable technologies, if feasible. These potential benefits, however, need to be weighed against evidence that facial recognition regularly produces false matches. It therefore seems prudent to rely on this technology as an additional identification tool rather than using it as a new “gold standard”.

The way in which facial recognition technology is deployed, however, finds its limits in the customary rule that “each party to the conflict must take all possible measures to prevent the dead from being despoiled. Mutilation of dead bodies is prohibited.” This obligation follows from the general prohibition of outrages upon personal dignity in Common Article 3 of the Geneva Conventions which also protects the dignity of the dead (here, p. 350). The case law horribly demonstrates that the severing of body parts (including combatants’ heads or hands) for the purpose of identification amounts to the war crime of “committing outrages upon personal dignity, in particular humiliating and degrading treatment” (see Article 8(2)(b)(xxi) Rome Statute). Such treatment can under no circumstances be justified by military necessity. While this shows that the obligation to identify the dead finds its limits where their personal dignity is concerned, the mere use of facial recognition technology does seem perfectly reconcilable with the necessary respect for the dead’s dignity. The human rights concerns that facial recognition might contravene data protection laws by collecting its reference photographs online, without the owner’s consent, is also addressed by the commentary to the First Geneva Convention, which argues that “it is the responsibility of States party to the Geneva Conventions to ensure that if they adopt data protection legislation, such legislation does not bar compliance with Article 16.” (here, p. 557).

Transmission of Information About the Dead

The fact that Ukrainian officials have sent pictures of dead soldiers directly to their relatives, however, is highly concerning. Article 16(3) of the First Geneva Convention envisions a clear procedure of how information about the dead has to be communicated between the parties to an armed conflict. Accordingly, once a dead person was identified by one party, all available information must be forwarded to the so-called ‘Information Bureau’ of the party on which the combatant depended. This can be done directly through the party’s own Information Bureau or with assistance of the Central Tracing Agency, a subdivision of the ICRC with the mission of tracking lost victims of war. Neither the text of the Geneva Conventions, nor the commentaries thereto, nor relevant state practice mention that any party to an armed conflict should reach out to the relatives of dead persons or send them pictures of their corpses. Conversely, the commentaries much rather suggest that it is the responsibility of the National Information Bureau or the Central Tracing Agency to transmit the relevant information about the whereabouts of deceased soldiers to their next of kin. We would also argue that it is the object and purpose of those provisions to protect the dead’s dignity while providing their relatives with accurate information about their deceased family members without inflicting unnecessary pain on them.

If the information reported by the Washington Post that “The [Ukrainian] IT Army […] has used [facial recognition] to inform the families of the deaths of 582 Russians, including by sending them photos of the abandoned corpses” is true, this would also raise concerns under human rights law. The article points to a video posted on Telegram which shows alleged chats in which members of the Ukrainian forces sent pictures of the corpses of Russian soldiers to their relatives who reacted with disbelief and horror.

Putting jurisdictional and evidentiary issues aside, one could argue that the act of intentionally sending pictures of a soldier’s mutilated corpse to relatives violates the prohibition of torture, inhuman or degrading treatment (Article 3 ECHR) or the right to respect for private and family life (Article 8 ECHR). Although the European Court of Human Rights (ECtHR) has held in past decisions that witnessing the death of family members or being presented with their mutilated corpse violates Article 3, it can reasonably be argued that the sharing of photographs of deceased Russian soldiers does not cross the high threshold of torture, inhuman or degrading treatment. In particular, the Court has only found a violation of Article 3 in cases where persons witnessed the death of a relative which in itself amounted to torture (here, para. 177; here, para. 204; here, para. 190; here, para. 169; here, p. 170).

However, a convincing argument can be made that the acts of the Ukrainian forces violate the right to respect for private and family life under Article 8 of the ECHR. Actions that do not meet the threshold of Article 3 may nevertheless violate Article 8 which has been interpreted to protect the physical, psychological, and moral integrity of a person. In the absence of a sufficiently analogous decision by the Court, a reasonable reading of Article 8 allows the conclusion that the traumatic experience of being presented with pictures of a relative’s dead and mutilated corpse for the purpose of information warfare damages the person’s psychological integrity to a sufficient extent to constitute a violation of Article 8. Arguably, such a violation is neither based on existing Ukrainian or international law and, in our opinion, it hardly seems justified. The dangers of causing psychological trauma to relatives are exacerbated by the fact that facial recognition technology is not completely accurate and may produce false positives. This could lead to a situation where a ‘false family’ was led to believe that their relative has died during a military conflict.

The analysis in this post allows us to draw two main conclusions. First, international humanitarian law does not prohibit the use of facial recognition technology for the identification of dead combatants per se. Much to the contrary, IHL embraces such biometric technologies if they help to identify the dead without infringing upon their dignity. The second conclusion concerns Ukraine’s alleged information warfare where members of the IT Army send pictures of corpses to their relatives. We argue that this contradicts the framework for sharing information about the dead envisioned by the Geneva Conventions and amounts to a violation of the recipient’s human rights. As humanitarian and human rights law are constantly challenged by the emergences of new technologies such as facial recognition, legal protection needs to go with the times to serve its purpose of protecting the victims of war with humanity. 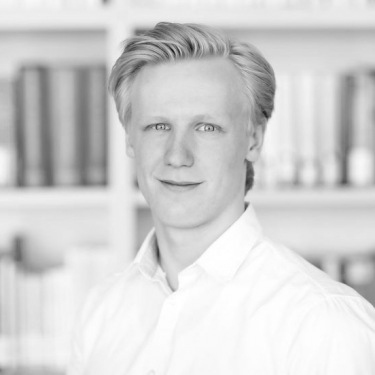 Jannik Neumann is a student assistant at Ruhr University Bochum’s Institute for International Law of Peace and Armed Conflict (IFHV).