Are What-Ifs a Virtual Experiment or a Parlour Game?

Some Thoughts on Methodology Bridging International Law and History

In his famous series of lectures delivered at Cambridge University, E. H. Carr displayed a cynical attitude towards those who tend to ask what if an event had happened otherwise. Carr dismissed this ‘might-have-been’ school of thought as no better than a ‘parlour game’. However, asking ‘what if’ questions is commonplace in everyday situations and novels, including in Philip K. Dick’s The Man in the High Castle (1962), which depicts a parallel world in which the Axis powers of Nazi Germany and the Japanese Empire rule the world after their victory in WWII. This trend can also be found in academia, specifically in international relations studies. In a famous textbook on the discipline, for instance, Joseph S. Nye Jr. introduces ‘what if’ questions regarding the origin of WWI and concludes that while the situation at the time made the Great War highly probable, war was not inevitable.

In contrast to international relations, international legal studies have not focused much on contingency. Against this background, the edited volume, Contingency in International Law, is a breakthrough achievement. It is the aim of the editors to draw the attention of international lawyers to the contingencies in the discipline and to inform ‘projects of transformative legal change for the future’. It theoretically situates the search for contingencies and carries it into practice across many fields of international law. The book is of great interest to me, as an international lawyer and historian, in terms of seeing so many contributions centred on ‘theorising and narrating contingency’ as well as a valuable introduction by Ingo Venzke, one of the editors of the volume. Irrespective of whether one accepts Carr’s critique, the writing of counterfactual histories has its own history, and reflecting on this history may offer some guidance for narrating alternative (hi)stories. In this short post, I will explore what such guidance looks like. My argument is that the volume could have paid much more attention to counterfactual thought experiments if the methodological aspect of narrating contingency had been situated more clearly. This gap appears to be all the more notable given that the book carries ‘on the possibility of different legal histories’ as a subtitle.

As Venzke clearly points out in his introduction, historical inquiry entails the presumption of contingency to a certain extent. After presenting a famous controversy between Isaiah Berlin and Carr, Venzke observes that contingency is not only opposed to necessity but also to the impossible as well as chance – it is an engagement with the search of plausible possibilities of the past. This general introduction is followed by an entry from Genevieve Renard Painter asking ‘contingency, why now?’, which aims to situate the ‘present excitement for contingency in international legal history’. What Painter describes is helpful for readers who wish to learn about the debate between contingency and necessity at a glance, and why the search for contingency in international legal history has received increasing attention. Painter concludes that the difference between historians and legal scholars from a methodological perspective relates to ‘the scholar’s place in the world’, which provides a point of departure for Janne Nijman to describe the difference as Methodenstreit and to argue that there exists a possibility to ‘seek change by doing history’.

In addition, some authors of the edited volume present insightful theories on contingency, including Fleur Johns and Filipe dos Reis. The volume, however, focuses little on how to think counterfactually – to be specific, what to do and what to avoid. We may recall that the issue was previously described in Venzke’s articles published in 2018, and it appears that the editors expect readers to refer to them to understand the methodological issues, just as Mohsen al Attar and Alex Oude Elferink do, for instance. In particular, I would like to discuss the following two points raised by Venzke: First, in one article, he articulated the aim of alternative histories in international law – namely, ‘to increase contextual understandings of why something happened’ so as to ‘spark the imagination, or think through comparative normative assessments’. With this in mind, he cautioned that ‘counterfactuals run the risk of overemphasizing the choices and impact of individual historical actors at the expense of structural factors’. Second, in another article, he paid attention to the duality of counterfactual historical inquiries, arguing that asking ‘what-ifs’ is essential if one ‘wishes to show contingency’ and ‘simultaneously gain an understanding of why something happened the way it did’. Although Venzke’s observations cannot be denied in general, what his observations amount to in terms of methodology has not been well scrutinised. This is in stark contrast with the long-lasting debate in the adjacent fields that I now turn to.

‘If the Japanese Islands Had Never Surfaced…’

As I mentioned previously, there has been ubiquitous discussion on how to think counterfactually in historical studies, in response to Carr’s famous critique. Historians have suggested that asking ‘what-ifs’ can help us identify the causal relationships between events and historical pasts. In The Landscape of History (2004), John Lewis Gaddis emphasises the importance of temporal proximity to an event – the greater the time that separates a cause from a consequence, the less relevant we presume that cause to be. Gaddis submits that the role of the counterfactual lies in establishing causation and this is ‘nothing less than the historical equivalent of laboratory experimentation in the physical sciences’. Thus, it is no use wondering what would have happened ‘if the Japanese islands had never surfaced’ to think about the cause of the attack on Pearl Harbor. Like chemical experiments, counterfactual reasoning must observe certain rules. What Gaddis suggests is that ‘the use of counterfactuals in history has got to be highly disciplined’. Asking whether WWI was inevitable, Joseph Nye, too, proceeds to distinguish three types of causes in terms of their proximity in time to the event one is studying. As he explains, the most remote are deep causes, followed by intermediate causes. Causes occurring immediately before the event are precipitating causes. He draws an analogy to building a fire: ‘the logs are the deep cause, the kindling and paper are the intermediate cause, and the actual striking of the match is the precipitating cause’.

What these previous debates have suggested is simple: thinking counterfactually in history shall be in accordance with professional procedures. If not, it is easy for the process to devolve into a mere parlour game or ‘Geschichtenscheissenschlopff (unhistorical shit)’, as rudely characterised by Edward Palmer Thompson. Considering the Methodenstreit as a backdrop, I found that some articles, including those by Alex Oude Elferink and Ana Delic, seek for precipitating causes of what they study. They take these causes seriously to ensure that they can pursue all plausible versions of the historical past because, to quote Samuel Moyn, ‘alternatives have to be available to be useful’. If the volume had included a rich discussion on the methodology as an independent chapter, we could have evaluated these contributions more precisely in the context of counterfactual historical studies. To put it another way, in accordance with what precipitating causes (plausibly) are, we can critically examine whether the contributions effectively reveal the contingencies of international law.

As Venzke explains, in legal practice, the past is used instrumentally to support claims in the present. Borrowing from Nijman’s description, this represents a strand of the Methodenstreit that treats ‘history as mere theory’. As I argue in Politics and the Histories of International Law (forthcoming), irrespective of one’s epistemic belief – why one engages in historical studies – we have some standards/approaches in common, such as source criticism (Quellenkritik). It is undeniable that historical research is motivated by diverse intentions, just like doing history for the present and future. However, as Randall Lesaffer advised, diversity is assured only when historical studies are conducted professionally, to understand (as best as we can) the past on its own terms, instead of speculating about it to better understand the present. In our context, this means that the process of asking ‘what-ifs’ in history should be highly disciplined. Doing history is a dynamic process to acquire a more persuasive comprehension of the past. Through constant communication among those who are involved in historical studies, the historiographical turn in our scholarship will be enriched, instead of leading to a confrontation of methods, or a mere Methodenstreit. In this sense, there is no doubt that the volume provides rich (hi)stories on how international law could have been otherwise and offers us a good opportunity to engage in a search for plausible possibilities of the past. There is much room for thinking counterfactually, but we should be careful because it is up to us whether we make it a highly disciplined virtual experiment or a mere parlour game. 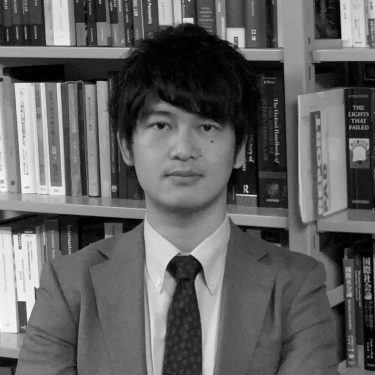 Hirofumi Oguri is a Senior Assistant Professor of International Law at Okayama University in Japan.