Access to justice for socio-economic rights: lessons from the Indian experience

This is a cross-post shared with  the blog of the International Association of Constitutional Law as part of a collaboration between Voelkerrechtsblog and the IACL Blog.

Professor David Bilchitz in a recent blog considered obstacles concerning access to justice for litigating socio-economic rights in South Africa and potential solutions to overcome these obstacles. He argued that South Africa should (i) empower individuals to enable them to make claims and (ii) expand its current model of dividing labour between courts and other non-judicial institutions to hear cases related to socio-economic rights.

While I am broadly sympathetic to the arguments advanced by Bilchitz, I flag below two issues which require further exploration. The third issue, which I do not discuss here but is important and is dealt with by Bilchitz elsewhere, is about ascertaining and allocating the obligation of corporations to respect, protect and fulfil socio-economic rights.

‘Access to justice’ is a term with diverse meanings. In a narrow sense, it is often equated with access to judicial remedies. However, access to justice can also be used in a wider sense to seek freedom from systematic and entrenched injustices such as poverty, inequality and discrimination.

Bilchitz takes access to justice as a capability. Yet, it seems that he is using this term in a narrow sense to denote access to courts (and other quasi-judicial bodies such as the South African Human Rights Commission). However, a meaningful realisation of socio-economic rights in my view requires a wider understanding of access to justice. For example, if a claim for the right to food is limited only to seeking access to certain quantity of food, this may not adequately empower individuals suffering from hunger. A more empowering and lasting response to a claim for the right to food should also entail the state removing structural conditions which lead to hunger in the first place. If access to justice is taken in such a wider sense, then courts cannot be the sole (or even the dominant) actor to realise socio-economic rights. Courts can definitely expose, or at times also trigger, the fundamental structural changes required in political, social and economic frameworks which disadvantage certain sections of society. However, it is unlikely that courts would be able to bring about these changes on their own.

Alternatively, even if access to justice is taken in a narrow sense, the focus should be on both procedural and substantive aspects. Merely providing an effective access to courts will not suffice: individuals should also be able to obtain appropriate remedial outcomes from courts and get these enforced. As Bilchitz argues, raising awareness about rights and making courts accessible as well as affordable are vital preconditions to realise socio-economic rights. But equally critical would be to consider the types of remedies courts should grant to secure socio-economic rights and how to monitor the implementation of those remedies by the state (see the recent work of Langford et al). As I have discussed elsewhere, the tools developed by the Indian Supreme Court in public interest litigation (PIL) cases may offer some lessons as to what may work and what may not.

Bilchitz makes several suggestions to improve individuals’ access to courts in the context of South Africa. Many of these suggestions would be relevant in other countries too, if not already tried. The only proposal about which I am less certain is the idea of creating specialised human rights courts to deal with socio-economic rights claims. As Bilchitz himself acknowledges, it may be difficult to operationalise this in practice as claims about rights may often be intertwined with other issues. It may therefore be better if all courts and tribunals are empowered to deal with claims related to socio-economic rights, while reserving the right to provide authoritative interpretation about such rights to the apex court.

Guarding against hazards of over-reliance on courts

Socio-economic rights in the Indian Constitution are mostly incorporated as non-justiciable directive principles of states policy (DPs). The Indian Supreme Court has made many of these DPs justiciable by reading them into the right to life and personal liberty under Article 21 of the Constitution. This judicial innovation has been generally applauded by Indian and foreign constitutional scholars alike.

However, a close and critical review of Indian PIL experience also provides lessons as to what courts may not be able to deliver when it comes to socio-economic rights or what side-effects this judicial process may have on governance generally. I will highlight here two potential hazards of relying on courts excessively. The first one relates to how over-reliance on courts to realise socio-economic rights (or any rights for that matter) could create or exacerbate democratic deficits. Non-realisation of rights is often because of poor governance and/or states abdicating their human rights obligations. If recourse to courts is both easier and inexpensive as compared to engaging with political processes to fix these governance gaps, the right-holders as well as social activists might be tempted to look towards courts for an easy fix. This inadvertently results in individuals and civil society not utilising fully other avenues to realise socio-economic rights within political settings.

The second potential hazard concerns the implementation of court decisions. Individuals having the capability to approach courts with a socio-economic right claim is only half of the story: the actual implementation of court decisions about socio-economic rights, especially if they require long-term or resource-intensive measures, is the other equally critical half. Indian Supreme Court’s decisions regarding rights to food, health, housing are a case in point. Millions of Indians continue to lack access to food, health facilities and decent housing despite recognition of these rights by the Court. So more than merely effective access to justice is required to realise socio-economic rights.

A dynamic role for courts?

Both the issues that I have flagged above may require new thinking about the role of courts in the Global South in contributing to the realisation of socio-economic rights. Instead of conforming to the traditional model in which courts either invalidate a government’s law/policy or give it directions to take certain measures, courts should be willing to play a much more dynamic role in securing individuals’ socio-economic rights. Without compromising their independence or totally disregarding the separation of powers, courts should be having a ‘continuing constitutional conversation’ with the other two branches of the government on how best to realise socio-economic rights. Depending upon the context, courts should engage in such a conversation as a watchdog, advisor, norm setter, awareness raiser, apolitical expert or mediator. 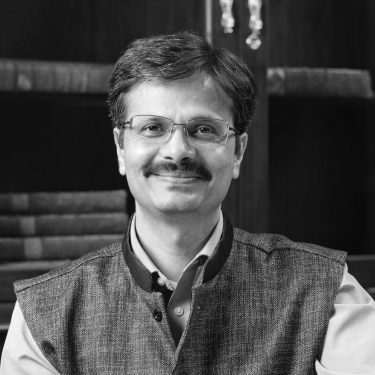 Surya Deva is a Professor at the Macquarie Law School and Director of the Centre for Environmental Law. He served as a member of the UN Working Group on Business and Human Rights (2016-22). Deva has advised UN agencies, governments, national human rights institutions, multinational corporations, trade unions and civil society organisations on issues related to business and human rights.