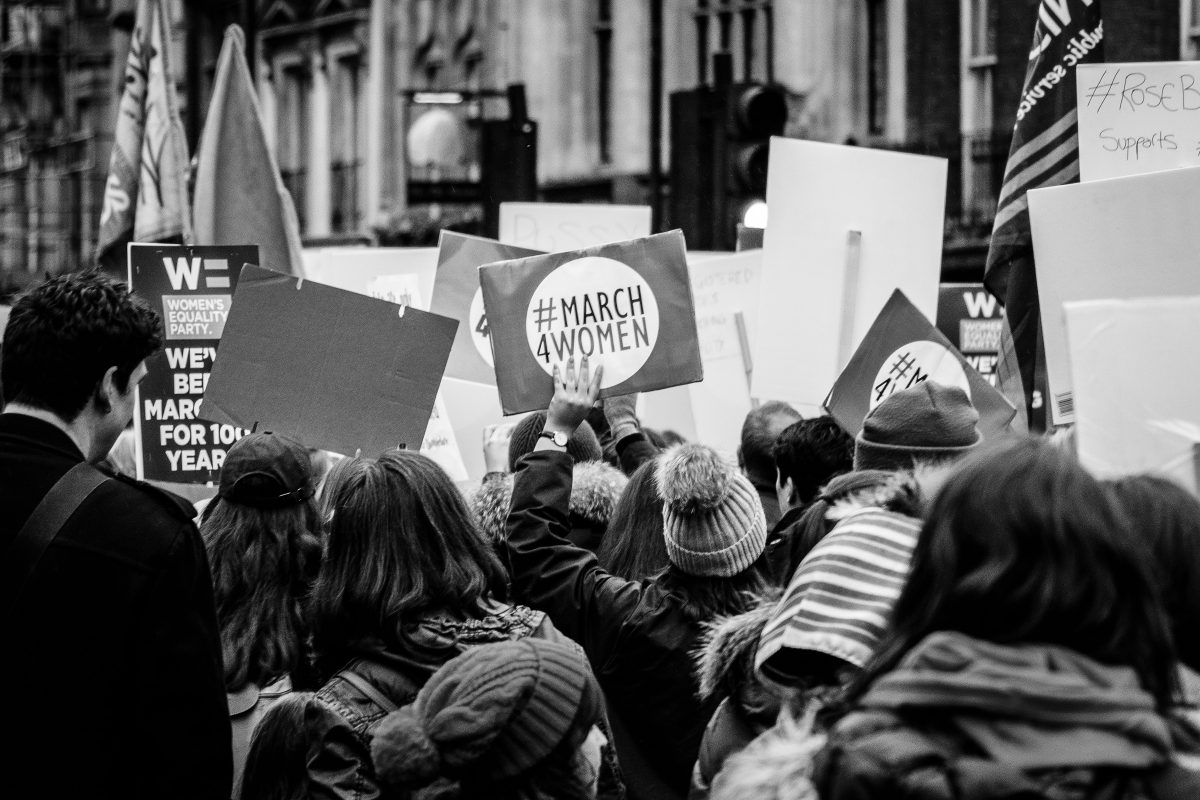 Abortion in Latin America Through the Lens of the IACtHR

A Court Trapped between Revolution and Reluctance

Discussing reproductive rights – and more specifically abortion rights – in a legal setting is challenging. Legal arguments blend with political, moral and religious discussions, blurring the line between lex lata and lex ferenda and dividing society into opposing “pro life” and “pro choice” movements. The lack of consensus becomes extremely apparent in Latin America, where the legal landscape on abortion rights is particularly divided. Pioneers like Argentina – allowing abortions up to 14 weeks of pregnancy by way of a referendum – and Mexico – where the Supreme Court ruled that criminal penalties for abortions to be unconstitutional – reside on one end of the spectrum. “Hardliners” like El Salvador, Nicaragua or Honduras are situated on the opposite end, banning abortion under all circumstances.

In 2021, the case of Manuela and others. v. El Salvador presented the Inter-American Court of Human Rights (IACtHR) with a unique opportunity to bridge the deeply rooted division and pave the way for major changes in the perception of reproductive rights in Latin America by rejecting absolute abortion bans. Alas, while the IACtHR established that health staff can no longer report persons seeking abortions to law enforcement, it remained silent on the abortion ban itself. This post will first briefly present the status of abortion legislation in Latin America highlighting the IACtHR’s missed opportunity in the Manuela judgement, to subsequently identify the legal and political reasons explaining the IACtHR’s general reluctance to explicitly condemn absolute abortion bans.

The Legal Landscape of Abortion Rights in Latin America

Despite several (successful) progressive movements in recent years, only a handful of states have partially legalized abortions (Cuba, Mexico City, Guyana, Uruguay, Argentina, and, most recently, Colombia). The majority of Latin American states allow access to abortions under exceptional circumstances, e.g. in cases of imminent danger to the life and health of women, rape, and severe malformations of the fetus. In other states – including El Salvador – absolute abortion bans are still in place, often accompanied by severe sanctions for women and doctors performing abortions.

Legally, this restrictive approach is linked to Article 4(1) American Convention on Human Rights (ACHR), which unlike other human rights treaties explicitly protects life from the moment of conception. In Murillo et al v. Costa Rica, the IACtHR placed the first jurisprudential milestone by declaring the obligation to protect prenatal life under Article 4(1) ACHR to be neither absolute nor unconditional (para. 264). Murillo, however, was concerned with modern fertilization technologies, making Manuela the first case before the IACtHR being directly linked to abortion regulations. Conversely, the Inter-American Commission on Human Rights (the Commission) has already – since 2017 – taken the opportunity to clearly condemn absolute abortion bans by recognizing that denying the voluntary interruption of pregnancy in certain circumstances does constitute a violation of fundamental rights. Against this background, Manuela opened the door for the IACtHR to set a jurisprudential precedent by reiterating the Commission’s explicit condemnation. Unfortunately, the judges decided to close this door.

The Missed Opportunity: Manuela and Others v. El Salvador

The case of Manuela, who was detained and sentenced for aggravated homicide after experiencing an obstetric emergency without receiving adequate health care, was first brought to the Commission by, inter alios, the Centre for Reproductive Rights (see here) in 2012. In its November 2 judgment, the IACtHR declared El Salvador responsible for several violations of the ACHR (a.o.: her right to life [Article 4], personal integrity [Article 5], and equality before the law [Article 24]) and imposed an obligation on El Salvador to implement measures of rehabilitation and non-repetition. However, the elephant in the room – the total abortion ban – was only marginally addressed. Although the IACtHR indeed acknowledged the negative impact of El Salvador’s restrictive abortion regulations on women (para. 253), it only addressed the reporting obligations for medical personnel and ordered the state to “refrain from applying the current laws concerning the obligation of health personnel to report possible cases of abortion” (para. 287). Other laws on abortion were neither explicitly ruled out for violating international law, nor were they explicitly addressed in the Court’s measures of reparations.

Looking Away from Abortion Bans

Following the hearings (available here and here) of Manuela and others. v. El Salvador, we found ourselves hoping for a new and groundbreaking decision that would rule on the illegality of absolute abortion bans by identifying a direct link between the violation of Manuela’s human rights and the absolute abortion ban in El Salvador. The absence of such findings raises the question of where this reluctance originated.

In his (partially) dissenting opinion Judge Eduardo Vio Grossi argues that the issue of abortion should not have been mentioned at all in the judgement, thereby making the most explicit statements on the issue. Firstly, he argues that neither the participants, nor the victims, nor the Commission, have included an opinion on abortion, qualifying the rare findings of the Court on abortions as ultra petita (para. 16). Secondly, he argues that there is no right to abortion in international law, but only non-binding resolutions of international bodies that were not even interpretative of current international law, but rather reflected aspirations for change in the direction they suggest (para. 13). Thirdly, he argues, the rudimentary and arbitrary implementation of the abortion ban into the ruling was misplaced and even contradictory because, as the Court also recognized, Manuela was not sent to prison for committing an abortion but for committing an aggravated homicide (para. 11).

Judge Grossi’s assessment is flawed in several regards: First, the issue of the abortion ban was challenged several times during the oral proceedings and by various of the 58 amicus curiae (overview at para. 9) submissions. Moreover, the submission of the representatives of the victim arguably suffices to proof that there was indeed enough room for substantial elaborations on the abortion ban since they explicitly addressed the intersectional discrimination of Manuela and most importantly, challenged the criminalization of Manuela instead of prioritizing her health conditions (para. 175) – both direct results of the absolute abortion ban. Second, he shows blatant disregard for the significance of international bodies (including the Human Rights Committee and CEDAW) by arguing they would fail to fulfill their mandate to interpret the lex lata of international human rights law.

Third, within the judgment, abortion received too little, rather than too much, attention. Conceding that Manuela was convicted for aggravated homicide, her arrest and conviction came as a result of the structures and discriminations shaped by the absolute prohibition of abortions. This causal link was not only confirmed by the expert witnesses during the hearings but brought up by the court itself (para. 253). Instead of drawing legal consequences from this connection, the court limited itself ruling only on a reform of the medical confidentiality system and only considering the ban as “circumstantial evidence” to substantiate that Manuela was handcuffed. Thus, the court seems to have deliberately forced itself to not address the ban more explicitly, treating only the symptoms, rather than the cause.

The Rationale Behind the IACtHR’s Reluctance

The IACtHR’s tendency to avoid explicit statements on the matter has some tradition in the Court’s actions. In 2013, In the Matter of Beatrice the Court issued provisional measures in the case of a pregnant woman facing serious risks to her life and health and thereby – implicitly – acknowledged that under certain circumstances a termination of pregnancy is legally required. Nevertheless, the Court explicitly mentioned that a termination in the third trimester of a pregnancy could per definition not be called an abortion, leaving the abortion ban untouched.

The authors believe that the IACtHR’s reluctance to address the abortion ban to be overwhelmingly defined by political and tactical reasons. The deep division on the issue in the American continent comes into play. Already in the run-up to the trial, numerous amicus curiae submissions and submissions from El Salvador itself vehemently demanded that the issue of abortion should not be addressed during the hearing. If the court had chosen to rule on the abortion ban, it would have faced severe criticism. It might have even lost the support and acceptance of anti-abortion states– a risk the court was probably keen to avoid. Ultimately, the court would perhaps have been a little more courageous in its efforts if there was more than one woman on the bench. This is not only an estimation by the authors who saw their own gender severely underrepresented in such an important international body but is also sufficiently backed up by empirical research that indicates that female judges “contribute to improve access to justice for women, by supporting women’s specific justice need”.

Although Manuela highlights the importance of women’s reproductive health (see here para. 257), it missed the opportunity to put an end to the inhumane horror caused by absolute abortion bans in Latin America. Hopefully, it will only take another case explicitly referring to abortion bans to leave the Court with no further room to avoid the issue. Fortunately, the next case waits right around the corner: In January 2022, the Commission brought an application before the IACtHR in the Beatriz Case against El Salvador. In the Commission’s report, there is no trace of reluctance: Not only were several human rights of Beatriz violated by denying her access to abortion, but she was also subjected to cruel, inhumane and degrading treatment. This will leave the IACtHR with no further margin than to face the truth: Absolute abortion bans are in severe violation of international human rights law. 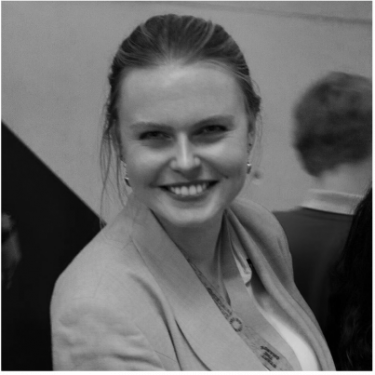 Lea Bilke is a fourth-year law student at Freie Universität Berlin and currently interns at the Institute for International Law of Peace and Armed Conflict, Bochum (IFHV). 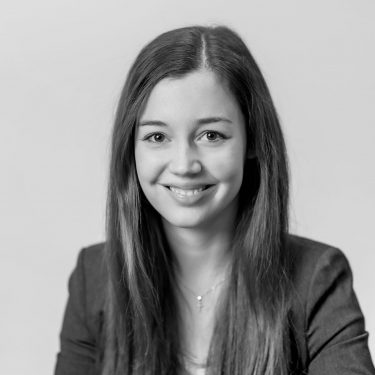