A Teleology of Ius Gentium?

It is not an easy task to review and do justice to the chapter on “The Political Theology of Ius Gentium. The Expansion of Spain 1524–1559” in Martti Koskenniemi’s monumental book, To the Uttermost Parts of the Earth. Composed of twelve chapters plus an “Introduction” and a “Conclusion and Epilogue”, saying anything about what is a small part in a sweeping argument about the ways in which over five centuries of history (1300-1870) were captured in ‘legal imagination’ will certainly fall short of the mark. From this vantage point, I cannot evaluate the place of chapter two in the larger argument of the book, although it is possible to state that the chapter serves to undergird two themes presented in the Introduction, particularly as an example of how the ius gentium denotes an “in between” divine law and practical needs (p. 7) and how the ways in which moral theologians dealt with ius gentium and dominium contributed to “a constitutional architecture” that, over time, has come to define the place of sovereignty and property (p. 11).

The chapter focuses on the writings of Dominican Francisco de Vitoria and the early 16th-century jurists and theologians of what came to be known as the ‘School of Salamanca’ and on how they used the “language of ius naturae et gentium” (p. 118) to deal with the pressing questions of their time: the questions of empire and colonialism; the place of the peoples of the New World in the Christian community; the growth and global expansion of trade; and the legitimate justifications of war. To explore the ways the scholars of Salamanca dealt with these issues, Koskenniemi focuses on certain juridical themes such as the relation between natural law and ius gentium, the relations between ius gentium, justice, and dominium, and the ways in which dominium linked the ideas of jurisdiction and property to rights and freedom.

My contribution to this symposium focuses exclusively on the internal argument of chapter two, which I see as articulated around three major themes: the ius gentium as a way of bridging the gap between divine law and social reality; the use of ius gentium and dominium as justifying, at once, the power of the monarch and the commercial freedom; and the ways in which these ideas were used in the discussion of Spanish expansion to the New World. A final, critical remark asks if the distinctions that interest the author are distinctions that were relevant to the authors of the 16th century, particularly in the way that rights, privileges, obligations, and iurisdictio resided not in individuals but in collective bodies.

The ways in which law, government, and faith were entangled in early modern Spain gave the scholars of Salamanca an important influence in discussing all kinds of matters – from the actions of merchants and soldiers to those of Monarchs and states. On the one hand, the connection between law, government, and faith was systematic to an early modern worldview that understood both political rule and law as deriving from divine creation. Since the order of the world, in the broadest sense, had been derived from the divine order, theologians were concerned with reflecting on all kinds of issues that concerned the divine, the natural, and the human order – i.e. the articulations between the supernatural and the temporal world. On the other hand, more practically, their opinion was sought after on issues of confession, where they decided about everyday questions of sin and penance, and as counsellors, where they participated in royal juntas and Church councils giving advice on economic, political, and religious matters (p. 120; 136-7). By giving moral guidance, the Salamanca scholars evaluated the moral and legal implications of all kinds of practical matters of their time.

The articulation of these two orders, the divine and the practical, sets up the first major theme of the chapter: the ways in which the scholars of Salamanca used the ius gentium to bridge the gap between a preordained order and the demands of social reality. The ius gentium served to justify the existence of several institutions – e.g. kingship, slavery, and property – that did not have their origin in natural law but had resulted from contingent historical processes. Like natural law, ius gentium was not a law based on human will. However, unlike natural law, it was not necessary but was rather guided towards justice “in accordance with utility and convenience” (p. 144): “Here justice operated by directing ius gentium to apply or modify natural law so as to attain a good outcome, such as utilitas republicae” (p. 144). In a world of sinners, the natural law principles of peace, common property, freedom, and equality could only be implemented through institutions, derived from ius gentium, that were useful for human coexistence.

These institutions were considered to be part of the ius gentium because of their universality (p. 155), not deriving from a ruler or a group of people but considered to be “just and convenient for the whole world” – says Koskenniemi, quoting Vitoria – thus acting “as a kind of global consensus” (p. 144). In this way, the Salamanca scholars sustained the unity of natural law and the practical and political doubts of conscience that arose from the expansion towards the New World, the growth of the commercial economy, and the wars waged by Christians in Europe and abroad (p. 131). This characterization allows Koskenniemi to show how the scholars of Salamanca, as others before and after, understood the ius gentium as something “in between” the perfection of natural law and the pragmatic and practical interests of human existence (p. 7).

Nature and Consent: The Foundations of Sovereign Power and Commercial Freedom

The second major theme of the chapter centers on how the Salamanca jurists and theologians tried to undergird the powers of the Catholic monarchy and expand the liberties of its subjects, at once, through the connection between ius gentium and dominium. Koskenniemi argues that Vitoria and his followers understood jurisdiction and property, founded as they were on the idea of dominium, as an expression of the freedom that humans had received from God.

“Human dominium was inextricable from the rational mastery people had over their actions. And this presupposed liberty. Only liberty allowed the imputation of something to a person and thus to speak of a ‘right’. […] This gave the Salamancans the normative basis for the most important human institutions, jurisdiction over a political community and the right of property.” (p. 150)

Originally, all humans were equal and free, and they were not ruled by anything other than nature, while the world had been donated by God to humans in common. Kingship and property were thus not given by natural law but developed as universal institutions by ius gentium. Jurisdiction had arisen as humans, through informal consensus, agreed “on the division of their joint dominion into separate territories with separate rulers” (p. 175), while property had arisen from “agreement among nearly all peoples because it was very useful for the republic” (p. 126). This narrative thus justified the existence of these institutions both in the consent of the community and in the natural tendency of humans to divide themselves into republics and divide the lands among them. The way in which the Salamanca scholars constructed this argument, according to Koskenniemi, established the foundations of sovereign power but also opened a sphere of commercial freedom that functioned beyond and was protected from the power of the prince.

Just War: Conquest and Colonization of the New World

The third major theme of the chapter places these ideas in the context of the conquest and colonization of the New World. Against prevailing views that considered Indians as natural slaves and which gave the King of Spain jurisdiction over them, Vitoria argued that the native inhabitants “enjoyed rightful dominium both in the sense of jurisdiction and property” (p. 163). This meant that the Indians could not be deprived of their possessions, nor could war be waged against them on account of their faith. However, just war could be waged against the Indians if they prevented Spaniards from freedom of travel, the use of things held in common, or the taking of things that belonged to no one. Retaliation was also possible “if native inhabitants prevented the Spanish from preaching, if converted Indians were under threat or if it seemed expedient for the Christian faith to give Indians a Christian ruler” (p. 166). Just war was also possible for defending the innocent and allying with Indians waging just war against another ruler. While Vitoria defended the jurisdiction and property of Indians according to ius gentium, the waging of just war was justified if it was perceived as infringing on the free operation of dominium-rights (p. 168).

This very schematic presentation of some central themes of the chapter has certainly left out many nuanced arguments by the author and the contrasting perspectives that played out among the scholars of Salamanca and their contemporaries. But despite the nuances presented in the chapter, there is a somewhat teleological disposition in the treatment of the theory of dominium – a reading of the scholars of Salamanca more in relation to future developments in law than within the normative imagination of their time. In this sense, the chapter would have benefited by placing the discussions of the Salamanca scholars within the broader normative discourses of the early modern period. This would have perhaps helped soften the sharp distinctions that the chapter often draws between public and private power and would have allowed reframing the idea of dominium as being derived from the rights and freedom of the individual (p. 151).

Legal historians of Spain and Portugal have called attention to the way in which rights, obligations, and privileges during the early modern period were not attributed to individuals but to collective bodies. The conception of an individual possessing rights and privileges in isolation from a social group was practically inconceivable in the early modern worldview. In a related manner, the distinction between private and public power operated under the distinction between the domestic and the public sphere, governed, respectively, by discipline and justice. The collective bodies that organized the political, social, economic, and religious life of the kingdom operated not within a distinction between public and private but within a jurisdictional logic, which equipped them with iurisdictio and thus worked within a theory that constructed safeguards from the political power of the prince but did not go as far as constructing a private power that was distinct from the power of the Crown. All human communities in the Iberian/Christian worldview – from the Crown to the town and the indigenous community – retained a capacity for self-government, which they enjoyed alongside the jurisdictional powers of the monarch. As a social group, merchants enjoyed commercial freedoms, i.e. privileges, and though the School of Salamanca may have sought to expand the scope of what was allowed in view of the growth of global trade, they probably did not go as far as imagining the extension of these freedoms to society as a whole. The scholars of Salamanca were thus certainly transforming the conceptual framework of their society as they wrote about sin, justice, power, and war, but they were more likely writing and thinking within the constraints of these normative discourses than abandoning them altogether. 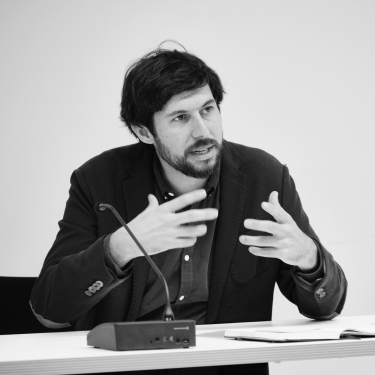 Manuel Bastias Saavedra is a researcher at the Max Planck Institute for Legal History and Legal Theory, where he coordinates of the joint-project ‘Glocalising Normativities: A Global Legal History (15th-21st Centuries)’. He is also principal investigator in the forthcoming European Research Council-Consolidator Grant (ERC-CoG) funded project ‘IberLAND’.