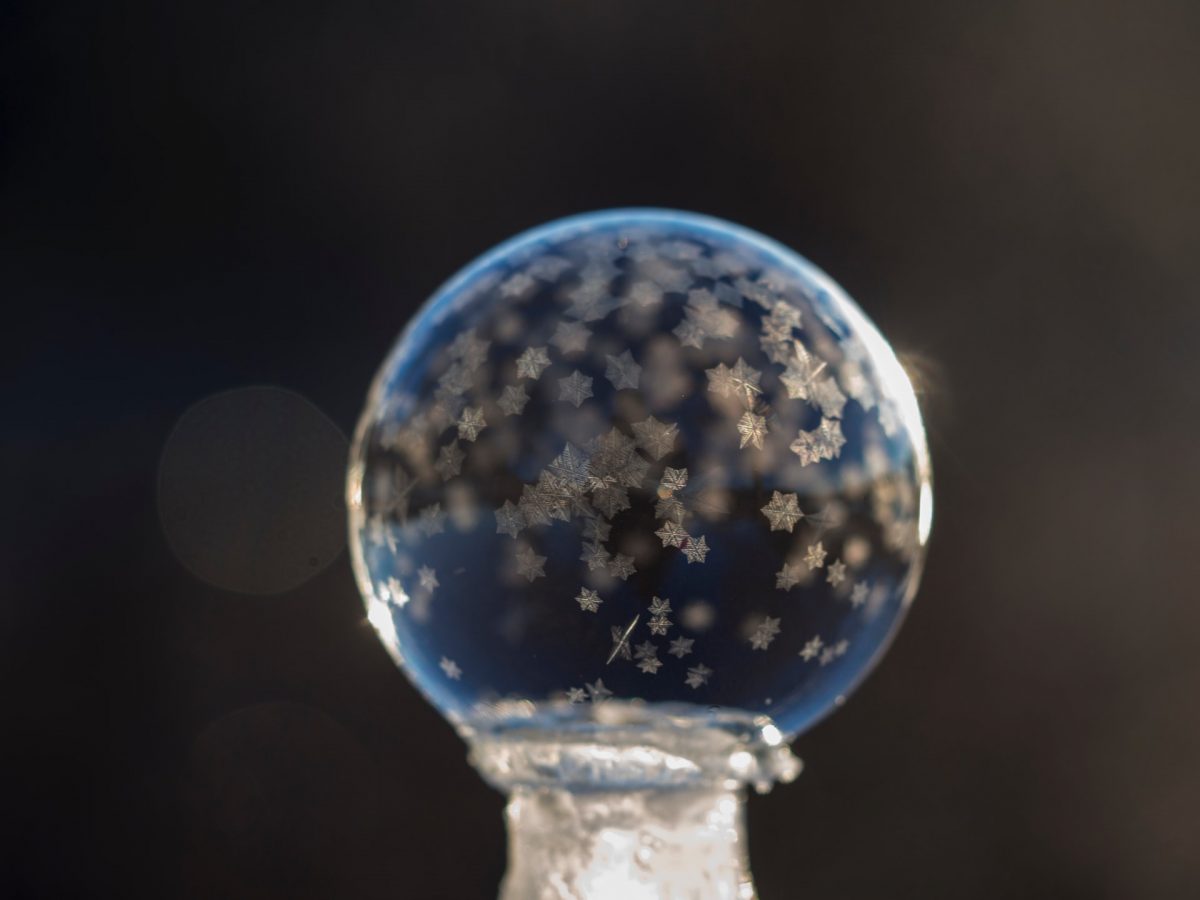 Photo by Aaron Burden on Unsplash.

Christmas as an Accelerator of Climate Change and Plastic Pollution

Usually when Christmas is portrayed in the media, a fairy-tale like scene takes place. Family and friends meet up, gather around a beautifully decorated Christmas tree, joyfully present each other with gifts and enjoy a delicious meal together. The aftermath of these celebrations is rarely shown or mentioned anywhere – mountains of wrapping paper and packaging, food waste and a dried up Christmas Tree. Yet Christmas and its aftermath have an undeniable impact on our environment that needs to be seen.

The Environmental Impact of the Holiday Season

Over the last century, the nature of Christmas has changed. Originally a religious celebration of the birth of Jesus, it is now an important part of (western) consumer society, where materialistic things are often more important than anything else. Especially this materialistic side of Christmas has a negative impact on the environment. The negative environmental impacts normally start a couple of weeks before Christmas – Christmas Shopping. Due to the Covid-19 Pandemic, online shopping increased even more and with that long-supply chains are becoming the norm of product distribution and thus there was also an increase in shipping of consumer goods which led to an increase of CO2 Emissions. It continues with increased travel by public transport, private transport or by flying during the holiday season. Once everyone has bought their presents and reached their destinations a Christmas tree is felled (or an artificial non-biodegradable Christmas tree is bought) and set up in the house. Tremendous amounts of food are being cooked and while there is only limited research on how different cultural attributes affect food waste, research shows that significant food waste is generated during religious occasions, including Christmas. After gifts have been exchanged and the celebration ended, family and friends travel back to where they came from. Some gifts will be returned, some end up directly as landfill; the Christmas tree is thrown out and spoiled food ends up in the bin, together with packaging and wrapping paper, which then often ends up in the environment.

A lot of these problems could be discussed, especially regarding how bad they really are, what the alternatives are and so on. Different environmental blogs have already dealt with some of these issues (which you can read e.g. here, here and here). However, as this is a public international law blog, the question arises how public international law (including EU Law) regulates some of these environmental problems. Obviously, the Christmas season is not the main reason for the environmental problems that are the burden of our lifetime. Thus, it is no wonder that the holidays are not specifically governed by any environmental laws. However, the Christmas season accelerates problems that are already there and that are in turn governed by public international law. Two major environmental concerns that are reinforced by the holiday season are climate change and plastic pollution. The following part will deal first with the regulation of the transport sector under climate change law, and the second with the regulation of plastic waste, specifically single-use plastics, including packaging.

The legal instrument that is currently governing climate change law is the Paris Agreement (PA). The PA requires States to set nationally determined contributions (NDCs) and to pursue domestic mitigation measures to achieve the objective of the NDCs. These mitigation measures often entail emission reduction targets or limitation targets for specific economy sectors. While the PA does not mention transport, it is one of the mayor sources of greenhouse gases and thus one of the sectors regulated by most national mitigation measures. Transport accounts for 20% of global CO2 Emissions. In 2018, road travel accounted for three-quarters of transport emissions (45.1% passengers, 29.4% freight), aviation for 11.6% and shipping for 10.6%. At the same time the demand for transport will increase over the next decades due to globalization and an increase of the global population. In the EU, transport accounts for nearly 25% of Europe’s greenhouse gas emissions (including international aviation and excluding the international maritime sector) and is dependent on oil for more than 90% of its needs. Unsurprisingly, the transport sector plays an important part in the NDCs of the EU and its Member States. During the holiday season there is an additional spike in the transport sector. To lower the emissions of this sector, the EU has implemented a European strategy for low-emission mobility; in addition to that, the transport sector plays an important role in the European Green Deal. The overall goal is to reduce greenhouse gas emissions in transport by 90 % until 2050. There are three main objectives: first, sustainable mobility, second, smart mobility, and third, resilient mobility, which are of importance for reaching this goal. It is still too early to tell if the EU can reach these ambitious goals and in how far they will have an impact on our daily lives. So far, there have been several proposals discussed by the European Commission to achieve a more efficient transport sector and to make travel more sustainable (an overview of the newest proposals can be found here).

Another pressing problem which generally exists but is accelerated at Christmas is the pollution of the environment due to packaging. Especially plastic packaging has a significant impact on our environment, particularly on the marine environment. Single-use or disposable plastic is dominating the market and about 300 million tonnes of plastic waste are generated each year with about eight million tonnes of plastic ending up in the world’s ocean. This is particularly concerning as most forms of plastic are non-biodegradable, meaning that most items will never fully disappear, but rather break down into smaller and smaller parts, leading to a related problem, that of microplastics. The sources of plastic are diverse and subject to regional differences; however, it is assumed that most of the plastic waste is land-based and carried into the ocean through rivers. While there are several international law regimes (e.g. UNCLOS, The London Convention & Protocol) that come into play when regulating plastic pollution, most of them deal with ship-based pollution or entail only rather general obligations in regard to land-based pollution (e.g. Art. 207 UNCLOS). Comparable to a lot of environmental treaties the implementation of these obligations relies heavily on the willingness of States.

The EU has shown such willingness and has not taken the problem of plastic pollution lightly. It has taken some important steps towards the prevention of plastic pollution and marine litter. Most notably there are currently two directives in force which deal with plastic pollution. The first one is the Directive on plastic bags and the second on is the Directive on single-use plastics. The Directive on single-use plastic is particularly important because it bans certain types of plastics for good, meaning that the member States shall prohibit the placing on the market of specific single-use plastic items, such as straws and food packaging. In addition to these legal actions the EU is currently aiming to transition to a circular economy which focuses on reuse and recycling, instead of a linear “take-make-use-dispose” model. So, if you do your Christmas shopping, you most likely will not be carrying it home in a plastic bag or if you burn your turkey/tofurky this Christmas and you try to get some take-away you won’t be getting it in food containers made of expanded polystyrene (EPS), nor will you get plastic cutlery or plastic straws to accompany your meal and drinks.

While there are no regulations under public international law that regulate how to best celebrate Christmas, and realistically the behaviour of a single person will not have a measurable impact on climate change and appear to be a drop in the ocean, there are still some things one can do to make Christmas more environmentally friendly. When celebrating Christmas that could be achieved by e.g. shopping locally, instead of using express deliveries for last minute presents; preparing food that is in season and locally grown and trying to estimate the amount that is really being eaten (or even preparing a vegetarian or vegan meal). If you can (and Covid restrictions allow it), travel via public transport or carpool with Family and Friends. In the light of the recent jurisprudence in climate change litigation the general message for States seems to be that every State must do „its part“ to combat climate change, regardless of the actual impact one State might have in the fight against climate change. While this message again does not necessarily have any legal implications on the behaviour of a single person, it can still be transferred on a moral level. The fact that a single person cannot halt climate change or stop the environmental pollution as a whole is not an excuse for unsustainable behaviour. Every person should do something (obviously within their possibilities) to make an (environmentally friendly) impact. 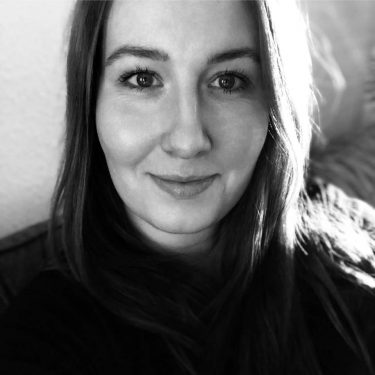 Liv Christiansen is a research associate and doctoral candidate at the Walther Schücking Institute for International Law in Kiel. Her doctoral thesis focuses on state responsibility for pollution of the marine environment. Her research focuses on international environmental law, international law of the sea, and climate change law.