A future treaty on business and human rights – its main functions

This contribution takes a closer look at the need for such an instrument in international law due to the current regulatory gap with regard to corporate activities impacting human rights, the unclear status of extraterritorial human rights obligations and the potential conflicts between international investment law and human rights law.

Closing the regulatory gap with regard to business and human rights

The increasing economic power and extensive rights of corporate actors as a consequence of globalization, privatization and liberalized trade and investment have not been paralleled by increasing obligations of corporations under international human rights law, in spite of the fact that corporations can fundamentally impede the enjoyment of human rights. In addition, the separate legal personality of subsidiaries poses particular challenges in holding a parent company to account for human rights violations committed by its foreign subsidiaries.

Therefore, a major function of a new legally binding instrument is to make human rights due diligence and its core elements from the UN Guiding Principles on Business and Human Rights (UNGP) a binding legal obligation to the business entities over which states parties exercise control. Companies would thereby be obliged to exercise due diligence throughout their operations, including foreign subsidiaries, and with regard to its suppliers, subcontractors or other business partners. States should particularly provide for sanctions if companies fail to abide by these requirements.

Although no theoretical bar exists for extending human rights obligations to corporations under international law, it is unlikely that a majority of states will consent to direct obligations of transnational corporations and other business enterprises as the question of their international legal personality is far from being settled. The future binding instrument should therefore attach human rights obligations to corporations indirectly by way of obliging states as part of their duty to protect to regulate corporate activities with regard to human rights. States would then incur international responsibility when corporate human rights violations occur that could have been prevented through regulation. The state’s duty to protect in this context also includes the duty to provide access to effective judicial remedies where corporate remedies are not sufficient.

The tremendous benefit of a treaty in contrast to non-binding soft law, is to make convergence of state practice easier by specifying states’ obligations to coherently regulate corporate human rights due diligence in domestic legal orders. Therefore, a treaty would ultimately also benefit transnational businesses in solving the dilemma of being confronted with contradictory standards and would also prevent the problem of free-riding, which corporations with a progressive human rights policy often face. As a treaty could help establish a level playing field, even some corporations might support a binding international instrument.

To close existing regulatory gaps and to ensure widespread ratification, the current exclusion of local businesses as stipulated in a footnote to a preambular paragraph of resolution 26/9, however, needs to be dismissed in a future treaty. The restriction to transnational businesses seems highly unsatisfactory to the logic of human rights as there is no reason to exclude purely national companies which can cause human rights violations just as transnational businesses can. A binding instrument therefore needs to build on the UNGPs that also apply to “all business enterprises, both transnational and others”.

Clarifying the extraterritorial duty to protect

To fulfil the abovementioned function, a future instrument would necessarily require home states to take legal measures with respect to activities of business entities they are in a position to influence, wherever these entities operate; thus, also extraterritorially. The issue of extraterritorial human rights obligations however is still a matter of discussion.

The UNGP on the one hand remain rather cautious with regard to extraterritorial human rights obligations of states. While principle 2 of the UNGP stipulates that “States should set out clearly the expectation that all business enterprises domiciled in their territory and/or jurisdiction respect human rights throughout their operations”, the commentary clarifies that states are not generally required under international human rights law to regulate the extraterritorial activities of businesses domiciled in their territory and/or jurisdiction. Yet, the commentary also refers to the extraterritorial regulation of corporate activities as a legitimate option and thereby left room for further development.

Treaty Bodies, on the other hand, reminded states with increasing regularity to protect individuals against the abuses of human rights by the corporate sector. Particularly the Committee on Economic, Social and Cultural Rights (CESCR) and the Committee on the Rights of the Child (CRC Committee) have frequently stressed in their General Comments and Concluding Observations that a state’s jurisdiction is not territorially limited and that states consequently have to abide by their obligation to protect also extraterritorially in the context of activities and operations of non-state actors they are in a position to regulate.

The CESCR already asserted in its 2011 Statement on the obligations of State Parties regarding the corporate sector and economic, social and cultural rights that the duty to protect requires states to “take steps to prevent human rights contraventions abroad by corporations which have their main seat under their jurisdiction, without infringing the sovereignty or diminishing the obligations of the host State under the Covenant” (Para. 5). In its 2017 General Comment No. 24 it further clarified that “Such extraterritorial obligations of States under the Covenant follow from the fact that the obligations of the Covenant are expressed without any restriction linked to territory or jurisdiction“ (Para. 27) (see here for more elaboration on extraterritoriality and GC No. 24).

The new instrument could end this debate and clarify the extraterritorial reach of the state’s duty to protect with regard to activities of business entities over which the state exercises control and build on the theoretical developments of the CESCR, especially in its General Comment No. 24, the CRC Committee General Comment No. 16 and the Maastricht Principles for this purpose. De Schutter proposes, that a future instrument could achieve this through parent-based extraterritorial regulation, based on the principle of active personality.

Corporations enjoy far-reaching rights under multilateral or bilateral investment agreements:  they are protected from expropriation, are guaranteed compensation, fair and equitable treatment, national treatment, as well as most-favoured-nation treatment. The progressive acquisition of substantive rights by corporations under international investment law has been paralleled by the empowerment to enforce these rights, especially before international dispute settlement bodies. International investment agreements often contain a “standing offer” for investor-state-dispute-settlement, which provide corporations with the possibility to submit disputes to the International Centre for the Settlement of Investment Disputes and to other arbitral tribunals.

Yet, most investment agreements and investment chapters in trade agreements do not contain a reference to human rights law at all, let alone a formulation to ensure the primacy of human rights in case of conflict between both. This since obligations under such agreements can negatively impact states’ sovereign power to regulate important aspects of human rights (see e.g. case series against Argentina in relation to the economic crisis early 2000s, including inter alia Impregilo v. Argentina and CMS v. Argentina). In such cases, tribunals mostly refrained from taking human rights arguments of host states and amici curiae into account (see e.g. Suez v. Argentina, para. 240 and Pezold v. Zimbabwe, Procedural Order No.2, paras 57-60. See also Urbaser v. Argentina, paras 1193-1210 regarding new developments in this area).

Therefore, the UNGPs recognise this potential for conflict and stipulate that “States should maintain adequate domestic policy space to meet their human rights obligations when pursuing business-related policy objectives with other States or business enterprises, for instance through investment treaties or contracts.” Yet, most of the newly negotiated agreements by the EU for instance still do not contain any provisions on human rights. Hence, the new instrument offers an opportunity to establish rules to resolve such conflicts in favor of human rights (as consistent with Art. 103 of the UN Charter) and thereby provide legal certainty in situations of conflict. Again, the future instrument could draw on CESCR General Comment No. 24 for this purpose, which proposes:

Isabel Daum holds a Master in International Law from the Graduate Institute (IHEID) in Geneva and wrote her Master thesis on options for a future treaty on business and human rights. Since May 2016 she works at a sustainability rating agency and assesses the human rights performance of international companies. She currently also studies German law at Freie Universität Berlin. 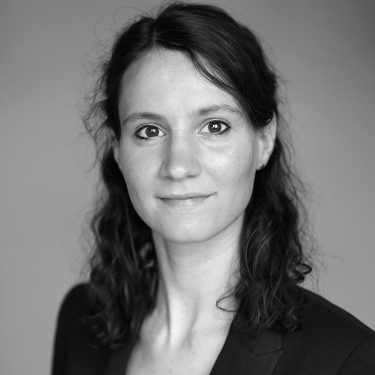 Isabel Daum studied Law and International Relations at the Graduate Institute/Harvard Law School and the Universities of Berlin, Dresden and Madrid. She is currently on parental leave. Previously, she worked as policy advisor at the German Institute for Human Rights. Her areas of interest include the nexus between international human rights law, economic law and environmental law.