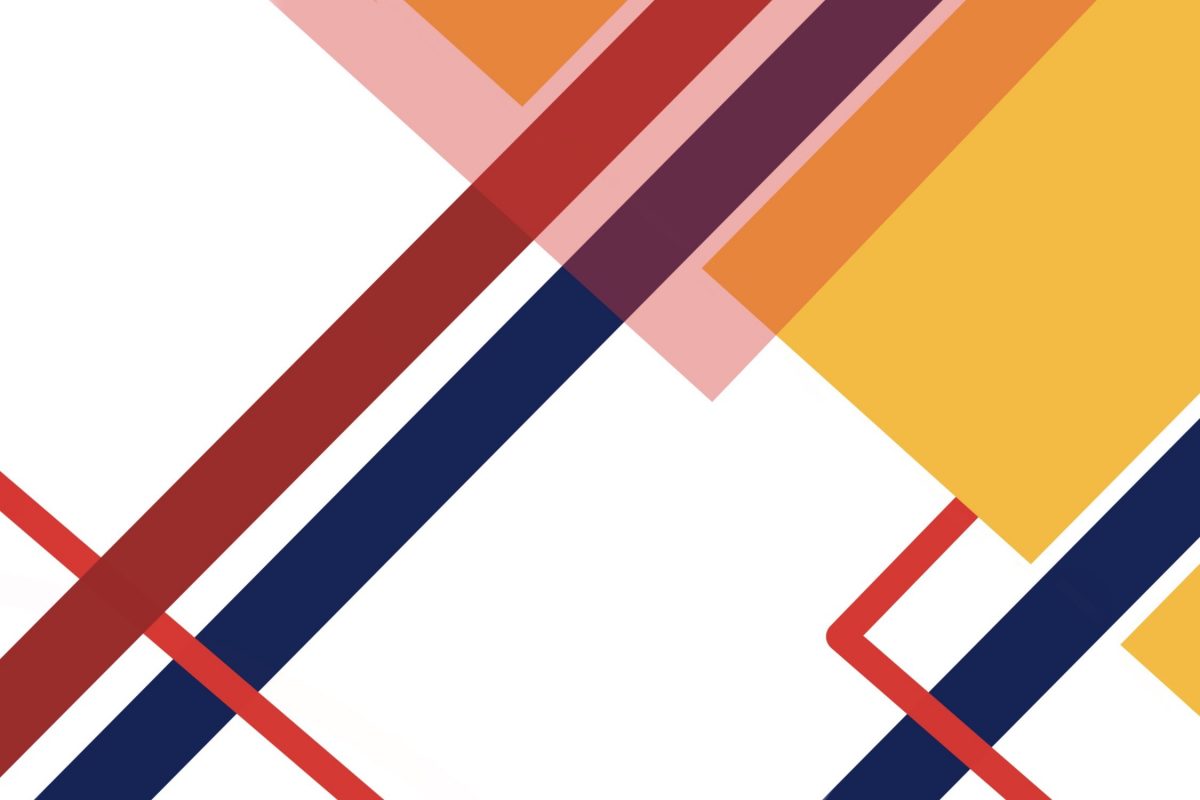 Jurisdictional Challenges to the ICJ Delimitation Judgements in Latin America

Delimitation disputes in Latin America must face a constitutional reality: territory clauses. How States interpret their constitution and their territory clause in Latin America is crucial to the authority of the International Court of Justice (ICJ) and the compliance with its judgments. This mirrors a similar issue in human rights law, where a proper interpretation of constitutional human rights norms has been crucial to understand challenges to other tribunals in the region, like the Inter-American Court of Human Rights. Several Latin American constitutions include “supremacy clauses” regarding the bindingness of treaties and international law principles. In spite of this, delicate issues like sovereignty or territory have led national authorities to invoke the territory clause and produce a movement of resistance against international judgments when the latter modify the boundaries or territorial features of the State.

Territorial clauses are usually particular articles that describe the geographical traits of the State. They often constitutionalize the boundaries that the State recognizes by reference to other domestic norms or sources of international law such as treaties. Additionally, they sometimes mention international law concepts when describing the national territory, like the extent of the territorial sea.

Several authors of constitutional theory and comparative law have envisaged categories of constitutional clauses that relate to international law or foreign policy. These classifications usually refer to clauses relative to the ratification of treaties or the hierarchy of treaties within domestic law – they do not consider the territory clause or other references to territory in the constitution. When analyzing the relationship between international and domestic law, it is crucially important to include these territorial clauses. They can be used by local stakeholders to defy international law. In reaction to the growing litigation on territorial claims before the ICJ, Latin American states are challenging the competence of dispute settlement mechanisms by invoking their constitutional territorial clauses.

For example, constitutional territorial clauses have manipulated recognized concepts into expanded notions, like ‘mar patrimonial’ in contradiction to ‘territorial sea’ or ‘aguas territoriales’ instead of the different zones up to 200 miles from the coastline, as understood by modern international law and the ICJ.

Several of these territory clauses can be traced to earlier versions of the constitutions (i.e. Article 3 of the former 1886 Colombian Constitution) including the uti possidetis doctrine in Latin America. The territory clause nowadays formally and expressly prescribes, in a detailed manner, the geographical composition of the State, including detailed lists of landforms and topography, listing mountains, islands, rivers, islands, etc.

Although their primary function is to describe and constitutionalize the territorial features as resources of the State, these clauses usually mention international law notions that gained relevance to the State after recent developments within particular international law regimes. These include fishing zones, the continental shelf, and the geostationary orbit.

There are several cases in which the constitutional territory clause was the center of national challenges to the jurisdiction of the ICJ and was presented in different ways as an instrument of opposition to ICJ judgments.

The constitutional regime of Honduras provides the first example of the Latin American phenomenon of deferring the effectiveness of the ICJ jurisdiction, ex post, to constitutional norms. The Constitution of Honduras includes a particular territorial feature, a “historic bay”, while relying heavily on international law and constitutionalizing (writing a textual reference to the judgment in the territory clause) judgments of the ICJ involving the State in territorial disputes.

The behavior of Honduras was not dangerous to the extent of openly objecting certain judgments. However, it supports the regional mindset that the ICJ can be “accepted or rejected” at will in matters of territory by constitutional norms.

Article 9 and 10 of the Constitution of Honduras constitutionalize the ICJ Judgment Case concerning the Arbitral Award made by the King of Spain on December 1906 (Honduras v. Nicaragua), Judgment of 18 November 1960, which was adjudicated 20 years before the Constitutional reform. This “step” of considering the constitutionalization of a judgment as a legal requisite for its efficacy in domestic law, is a procedure that is not required either by general international law nor the Statute of the ICJ or its particular judgments, and is in itself, the origin of positions in which Latin American States rely to challenge the ICJ by excluding certain judgment from being in the constitution, as we will see in further cases.

Under general principles of international law a State does not need to enact domestic legislation, or constitutionalize judgments for them to become binding. This principle is not an unknown response to local challenges to international law by domestic courts, as seen in the Medellin vs Texas and Avena cases.

In the case of the ICJ judgment of October 8, 2007 regarding the territorial and maritime dispute (Nicaragua v. Honduras), the ICJ decision did not produce a clear winner. However, when assessing the delimitation claims, the ruling accepted the position of Nicaragua, as a result of difficulties the Court found in using the provisional equidistant line directly. The Court decided to recognize several special circumstances, which it considered were in favor of Nicaragua. These included the extension of Nicaragua’s territorial sea, the overlap of the territorial seas in Edinburgh Key, the water flood of Cabo Gracias a Dios and the sedimentation of the river Coco. Since these elements led to a victory, this judgment was constitutionalized.

Under the analyzed practice around the territory clause, Nicaragua proceeded to constitutionalize only judgments that are in favor of its positions in paragraph 1 of Article 10 of its Constitution, as it later occurred in the case against Colombia (2007-2012).

The territorial clause contained in Article 10 includes a selective constitutionalization of ICJ judgments, that can be consider the center of a challenging behavior to international courts considering there are other delimitation judgments that bind Nicaragua that were not chosen to be constitutionalized and that were already adjudicated by the time of the 2014 reform (the ruling of the ICJ in Arbitration Award Made by the King of Spain on 23 December 1906 Honduras v. Nicaragua of 1960 or the  Land, Island and Maritime Frontier Dispute case with El Salvador in 1992.

El Salvador: Constitutionalizing One Judgment while Limiting Another

Article 84 of the Constitution of El Salvador presents a very interesting usage of the territory clause to challenge an international law jurisdiction: It constitutionalizes one international court judgment to limit another: Rather than constitutionalizing the ICJ judgments in which El Salvador is involved, like the 1992 and 2003 proceedings mentioned above, Article 83 constitutionalizes the foundational international judgment around which all the State claims have been grounded in further litigation before the ICJ: the Central American Court of Justice (CACJ) Judgment of 1917. In this judgment, the CACJ established the “conjoined” regimen for the Gulf of Fonseca, which was later recovered and adopted by the ICJ in its definition and adjudication on historical bays in the region (not without certain modifications).

Article 101 of the 1991 Colombian Constitution has been invoked to argue that the judgment in the case Territorial and Maritime Dispute (Nicaragua v. Colombia), Judgment of 19 November 2012 was a wrongful exercise of jurisdiction because the constitution only allowed the boundaries to be modified by a treaty under the Congress powers. This position was partially accepted by the Constitutional Court.

The judgment was received in Colombia with great resistance, including non-appearance menaces from the Executive for further ICJ proceedings (studied in this article), and also was rejected by political actors considering that the country had a strong belief that the Colombian presence in the Caribbean meant that a delimitation existed, also, it is true that the new maritime configuration presents new challenges to indigenous people – raizales – and historical fishing rights.

This position was later softened by the Executive to argue that, without a treaty, the judgment was not applicable. Nicaragua rejects this position and can cite the ICJ Statute and the UN Charter in its support.

The legal conclusion held by the ICJ under its jurisdiction to adjudicate a solution to the dispute with Nicaragua completely differs in its fact pattern from what Article 101 regulates as a competence of Congress: The ICJ’s 2007 and 2012 rulings decided that the Esguerra Barcenas (1928) treaty between Colombia and Nicaragua included the Parties’ agreement on the sovereignty of several island formations. However, according to the ICJ ruling, this agreement did not create any maritime delimitation in the area between the continental coast of Nicaragua and the Archipelago of San Andres and Providencia. The ICJ, under its jurisdiction granted by the Pact of Bogota and the claims of the Parties, proceeded to create the delimitation.

Additionally, under the widespread system of constitutional control (judicial review) present in modern constitutions, an undesired consequence of this constitutionalization, is the fact that the content and efficacy of ICJ judgments will later fall under the judicial review of the Constitutional Court of each of these national systems. This has happened in the case of Colombia, where the Court can exercise judicial review ex ante and ex post, on the content of ratified treaties (including the ones that include the competence clause that led the case before the ICJ). This consequence of constitutionalization is dangerous, no matter if it is done in order to “incorporate” the judgment in domestic legislation to facilitate its compliance by local authorities (as it happens with laws enacted during the ratification of treaties that mirror their content) following the theories that argue in favor of several instruments of incorporation of international law in domestic law.

This post is part of a symposium on the topic of this year’s AjV-DGIR conference on ‘Jurisdiction – Who Speaks International Law?’, to be held physically in Bonn and online via zoom. The contributions to the symposium are shorter versions of papers that will be presented during the conference. The full programme is available here. You can register as an engaged listener (online only) here. Also, this blogpost forms part of a further research to be published as a paper in the Leiden Journal of International Law (2021).