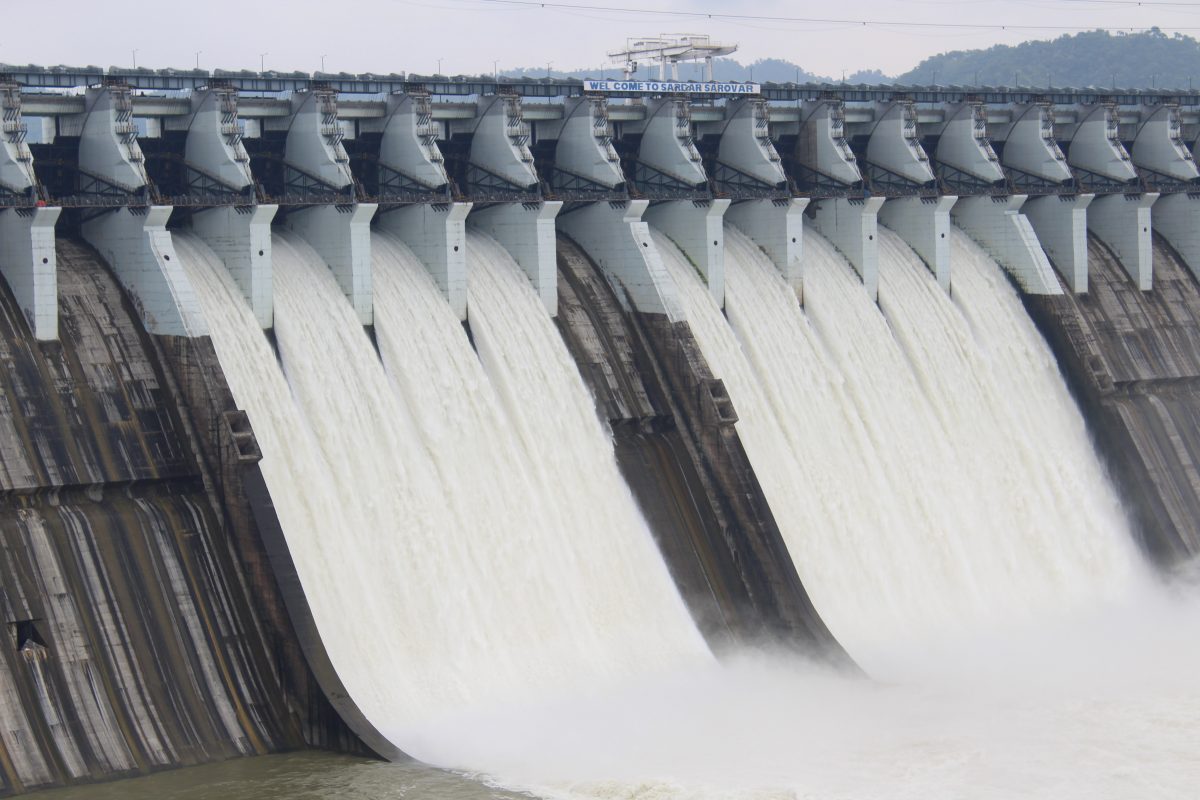 Photo by Prateek Srivastava on Unsplash

Can Bangladesh preserve the Brahmaputra?

Disputes between riparian states over their shared freshwater resources are as old as time and China and India have long been engaged in a race to exploit the Brahmaputra. The Brahmaputra (also known as Yarlung Tsangpo in Tibet or Jamuna in Bangladesh) is the water richest river in the Himalaya and passes through China, India, and Bangladesh before flowing into the Bay of Bengal. China has already built more than a dozen dams on the Brahmaputra, with the biggest of them, the Zangmu Hydropower Station, having reached full capacity in spring 2020. Similarly, India has installed over 150 dams on the Brahmaputra since 1997.

Late last year, several networks (e.g. here, here and here) reported that China was planning yet another mega hydropower station on the Brahmaputra in Tibet’s Medog country as a part of its 14th Five-Year Plan. Although speculations about such a project have been circulating for years, the recent reports sparked outrage and fear in India and Bangladesh. In response, India considers building a dam on the Brahmaputra itself to mitigate the negative impacts China’s hydropower station might have. The losing party in this tug-of-war is Bangladesh. While China repeatedly asserted that the interests of downstream states are taken into consideration, its actions on inter alia the Mekong River suggest otherwise.

This blog will indicate the reasons why these newest proposals sparked international controversy. Subsequently, it will turn to the question of whether China and India have international obligations vis-à-vis Bangladesh regarding the utilization of the Brahmaputra.

Why is damming the Brahmaputra a ground for concern?

A first ground for concern is the risk that damming the Brahmaputra escalates the border dispute between China and India over the Indian-administered Arunachal Pradesh region, through which the Brahmaputra runs. China expanded its military presence and infrastructure construction in disputed areas of the Himalayas in recent years and the new hydropower station is said to be planned in Medog country, a region next to Arunachal Pradesh. China on the other hand fears India tightening its control over Arunachal Pradesh by installing dams in the region.

A second ground for concern is China’s increasing ‘hydro-hegemony’, which leaves downstream riparian states fearing China’s ability to control the amount of water that arrives downstream and thus “turn off Asia’s tap”. Moreover, China and India consider diverting the river to accommodate the needs of their water-scarce regions. As much of the Brahmaputra’s waters come from Indian tributaries, India is not entirely dependent on a steady water flow from China. By far the most vulnerable to upstream river projects is Bangladesh. According to the UN Food and Agriculture Organization, Bangladesh’s dependency ratio on cross-boundary water flows is 91%, the Brahmaputra contributing nearly 70% of its annual river flow. China’s dams on the Mekong River are leading by bad example, as they worsened droughts in downstream countries and, at the same time, worsened flooding in the monsoon season.

A third ground for concern are the negative environmental impacts of hydropower stations for downstream riparian states. Hydropower stations affect the nutrient content, sediment, and quality of the water, alter ecosystems and disrupt fish migration (see e.g. here and here).

Between the Harmon Doctrine and territorial integrity: transboundary watercourses under international water law

Shortly after the first media reports on the new mega-hydropower project, a spokesperson for the Chinese Foreign Ministry claimed that “hydropower development in the lower reaches of Yarlung Zangbo river is China’s legitimate right”. On January 20th, 2021, a spokesperson for the Indian government said that any attempt of China to set up a hydropower station on the Brahmaputra River will constitute “an encroachment on the entitled rights of lower riparian states like India and Bangladesh […].”

Nowadays, both interests are balanced through the (conventional) imposition of some limitations on a state’s sovereign right to utilize its natural resources. In this regard, the most important international treaties are the 1991 Convention on Environmental Impact Assessment in a Transboundary Context, the 1992 Convention on the Protection and Use of Transboundary Watercourses and International Lakes, and the 1997 Convention on the Non-Navigational Uses of International Watercourses (1997 Watercourses Convention). The 1997 Watercourses Convention provides for international cooperation through inter alia the principles of equitable and reasonable utilization (Article 5) and the duty not to cause significant transboundary harm (Article 7) and establishes a compulsory dispute settlement regime with a fact-finding Commission (Article 33). Unfortunately, neither China nor India and Bangladesh have acceded to any of these Conventions (cf. here, here, and here)

Which obligations do India and China have?

In contrast to South American states, who have equally rejected the 1997 Watercourses Convention but seem to have found a way of effectively and cooperatively managing their shared freshwater resources through multilateral agreements (e.g. on the Guarani Aquifer and the Amazon) and framework programs (e.g. on the La Plata Basin), cooperation on the Brahmaputra is frighteningly under-institutionalized. The only agreement in force on the Brahmaputra is a Memorandum of Understanding between China and India, which – instead of regulating the utilization or dispute settlement – merely encompasses an obligation of both states to share hydrological data during the flood season.

However, even absent a formal treaty, the utilization of the Brahmaputra does not take place in a legal vacuum. In its 1997 Gabčíkovo-Nagymaros Project Case, the International Court of Justice (ICJ) held that riparian states have a “basic right to an equitable and reasonable sharing of the resources of an international watercourse” (para. 78). The principle of equitable and reasonable utilization, the duty not to cause significant transboundary harm and the general obligation to cooperate are established principles of customary international law (for an in-depth analysis of the customary international law status see e.g. here and here) and, thus, binding upon all states. According to the Commentary to Rule 10 of the 2004 Berlin Rules, “there appears to have never been any dissent” to these “universally applied” rules.

Despite voting against the adoption of the 1997 Watercourses Convention because of inter alia its lack of affirmation of territorial sovereignty, China has endorsed the primacy of the principle of equitable and reasonable utilization during its drafting process. Several bilateral treaties between China and neighboring countries encompass the principle of equitable and reasonable utilization as well as the obligation not to cause significant transboundary harm. Similarly, India concluded agreements in accordance with the abovementioned customary principles, for example with Pakistan, Nepal, and, most notably, with Bangladesh on the sharing of the Ganges waters. Further indicators of India’s and China’s commitment to the obligation not to cause significant transboundary harm are their support of the 1972 Stockholm Declaration of the UN Conference on Human Environment, which encompasses the obligation in Principle 21, as well as their accession to the 1992 Convention on Biological Diversity which, in Article 3, sets forth the duty not to cause harm to neighboring states. During the 1992 UN Conference on Environment and Development China stated that “no country should tap and exploit its natural resources to the detriment […] of other countries” (p. 36). More recently, in July 2020, China held that the “utilization of cross-border water resources must take into account the combined interests of upstream and downstream countries.” Hence, neither China nor India could claim a position of persistent objectors in order to not be bound by the customary rules.

Problematically, absent any specific agreement or joint management body, the content of the customary obligations is difficult to be determined, since equitable and reasonable utilization as well as significant harm may be understood differently by the states. Accordingly, for both substantive principles to be implemented effectively, compliance with the procedural duty to cooperate is indispensable. Due to the mistrust between all three riparian states, the establishment of a cooperative water management and sharing regime for the Brahmaputra does not seem likely in the near future.

What can Bangladesh do?

Although China and India must adhere to the principle of equitable and reasonable utilization and the obligation not to cause significant transboundary harm in their utilization of the Brahmaputra, Bangladesh has limited options to enforce compliance. Absent any formal agreement on the Brahmaputra and ratification of the 1997 Watercourses Convention with its compulsory dispute settlement regime, voluntary dispute settlement determining the scope of the duties and enforcing compliance is highly unlikely.

What has been proposed is to “lend teeth” to the international water law regime by enforcing compliance through investment treaty arbitration. As Bangladesh has bilateral investment treaties with India and China, the assessment of this proposal for Bangladesh’s case might be worthwhile.

The most effective way for Bangladesh to be heard may be to appeal to the international community to find more powerful advocates for its case. As legal action against China or India is rather futile, Bangladesh could call on the General Assembly to request an Advisory Opinion by the ICJ on the legal consequences of China’s and India’s damming of the Brahmaputra according to Article 96(1) UN Charter.

Ultimately, however, none of these measures is too promising, as the scope of any investment dispute on the matter will be limited, whereas a potential Advisory Opinion by the ICJ will not be binding. The only long-term solution is a trilateral treaty with the establishment of a formal body for its implementation – similar to the Indus Basin Organization or the Mekong River Commission. However, due to the disputes between the states, this will be a diplomatic mammoth task.